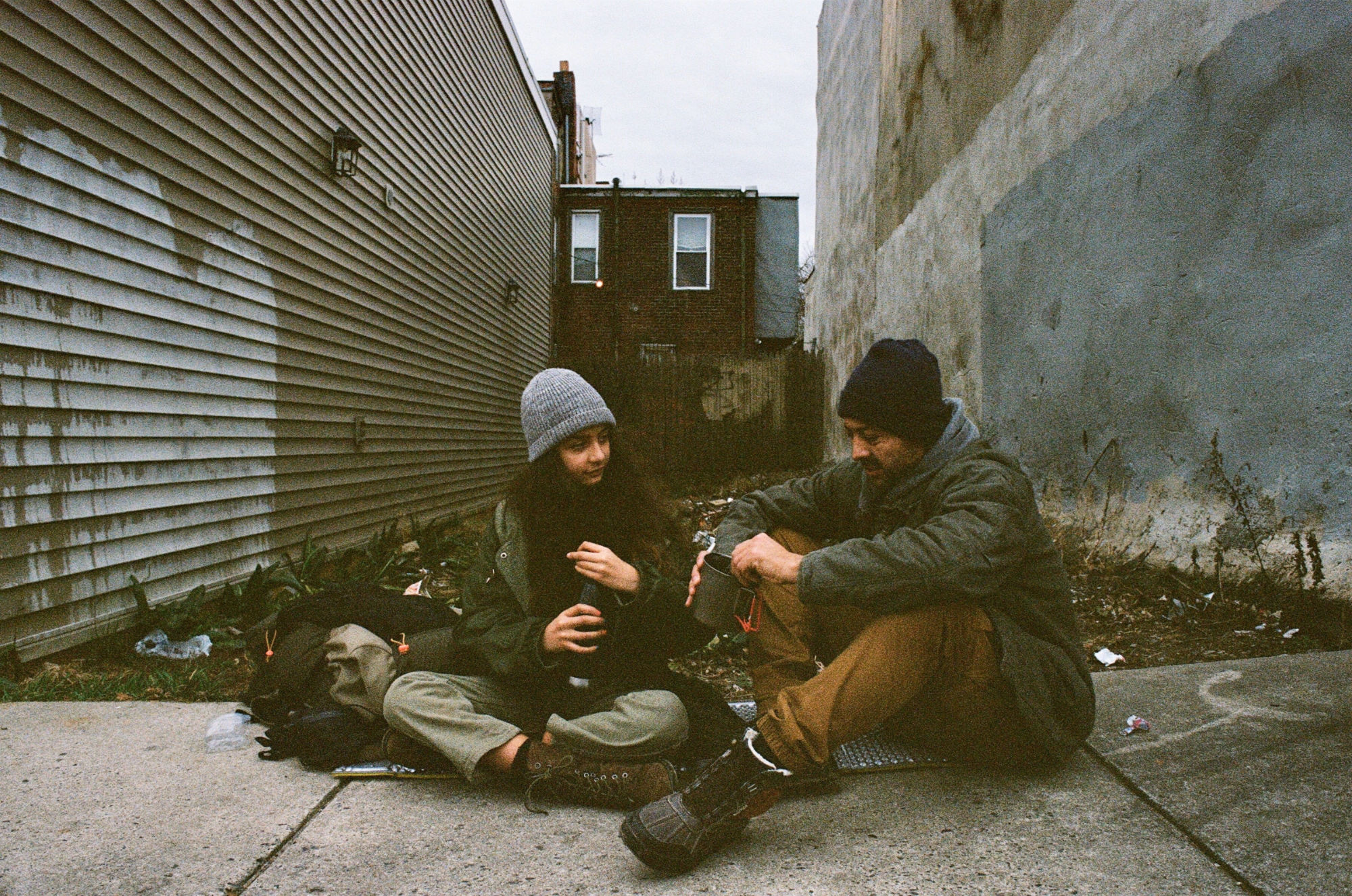 It’s always a real pleasure for us here at Directors Notes when a film’s eye catching techniques don’t simply act as pieces of visual candy but rather reaffirm the themes and intent of the story they serve. Arriving this week from Director Colin Read, the Walls music video for Mild Minds and Boats is without a doubt a project firing all its creative cylinders in cohesive harmony. An absorbing, wordless story about migration, displacement, and family separation, Read (as he did in his ‘men furniture’ promo for Alice Phoebe Lou’s Skin Crawl) demonstrates the power of inextricably melding narrative with form. We invited Read back to DN to lift the lid on how he pulled off the impressive VFX feat of stitching together surreal, animated walls without the assistance of a motion control rig.

It’s always special when you can use music videos to tell a very human story. So I loved the opportunity to create a narrative about migration, displacement, and family separation — which are topics very close to me and my family, and more important to talk about now than ever. I liked the idea of using digital ‘walls’ to stitch together the little moments into one continuous, scrolling journey. We used the alleyways to keep the story feeling very linear as if the father and daughter had to always keep moving forward. The visual technique let us show a story without words in a fresh way. For me, the narrative was the most important thing, so I wanted to make sure that the VFX treatment just served to accentuate it, not become the main element.

I liked the idea of using digital ‘walls’ to stitch together the little moments into one continuous, scrolling journey.

There was an obvious way to shoot this concept: motion control on rails. However, we didn’t have time or budget for that technique, to make a video of this scope, with so many locations! So I had to brainstorm for a way to achieve consistent tracking speeds, with a stable camera, with the resources we had. Eventually, I came up with one that gave us pretty precise results: a van driving at idle speed. After some testing, while I was in Florida on a location scout for something else (i.e. making my wife drive a car down an empty road on idle while I held down a tripod in the back) I found that we could actually get pretty great results with a really small footprint.

With Cinematographer Andrew Maso, we figured out a rig that would give us great, stable results, while being extremely quick to set up.

While I live in NYC, the concept called for very narrow, somewhat desolate-feeling alleyways, which New York really doesn’t have. So we decided to shoot in Philadelphia, which is a city of alleys. With that in mind, we went for Philadelphia locals with our talent scouting and found Alberto and Ana Suarez – a real father-daughter duo. They had an obvious, real connection that added so much to the emotion of the video.

Now for the hard part: the central shot in the video, where the camera finally stops its relentless sideways scroll, approaches Alberto, revolves around him in a tight close-up, then recedes back from him and starts a steady backwards pull down the long street. For this, we had to break away from our usual shooting style, and it took some coordination.

I had to brainstorm for a way to achieve consistent tracking speeds, with a stable camera, with the resources we had.

For that shot, we took the camera off its car rig and put it on a gimbal, which I operated. For the beginning of the shot, I trucked in with the van from the side. As it came to a stop in front of Alberto, I exited the van, with someone doing safety on me, and I walked up toward Alberto with the gimbal and circled around him (he really did some amazing physical acting for this shot). Meanwhile, the van crept around behind me in the camera’s blind spot, turning into the street and circling around until it was behind me, and started idling away down the street in this new direction. I began walking backwards away from Alberto, and the safety guided me to the back of the van. They helped me on and locked me in, and the van kept going on down the street. Since we really wanted this shot at the peak of sunset, we only had a few takes to get this right. Luckily it ended up being pretty seamless. 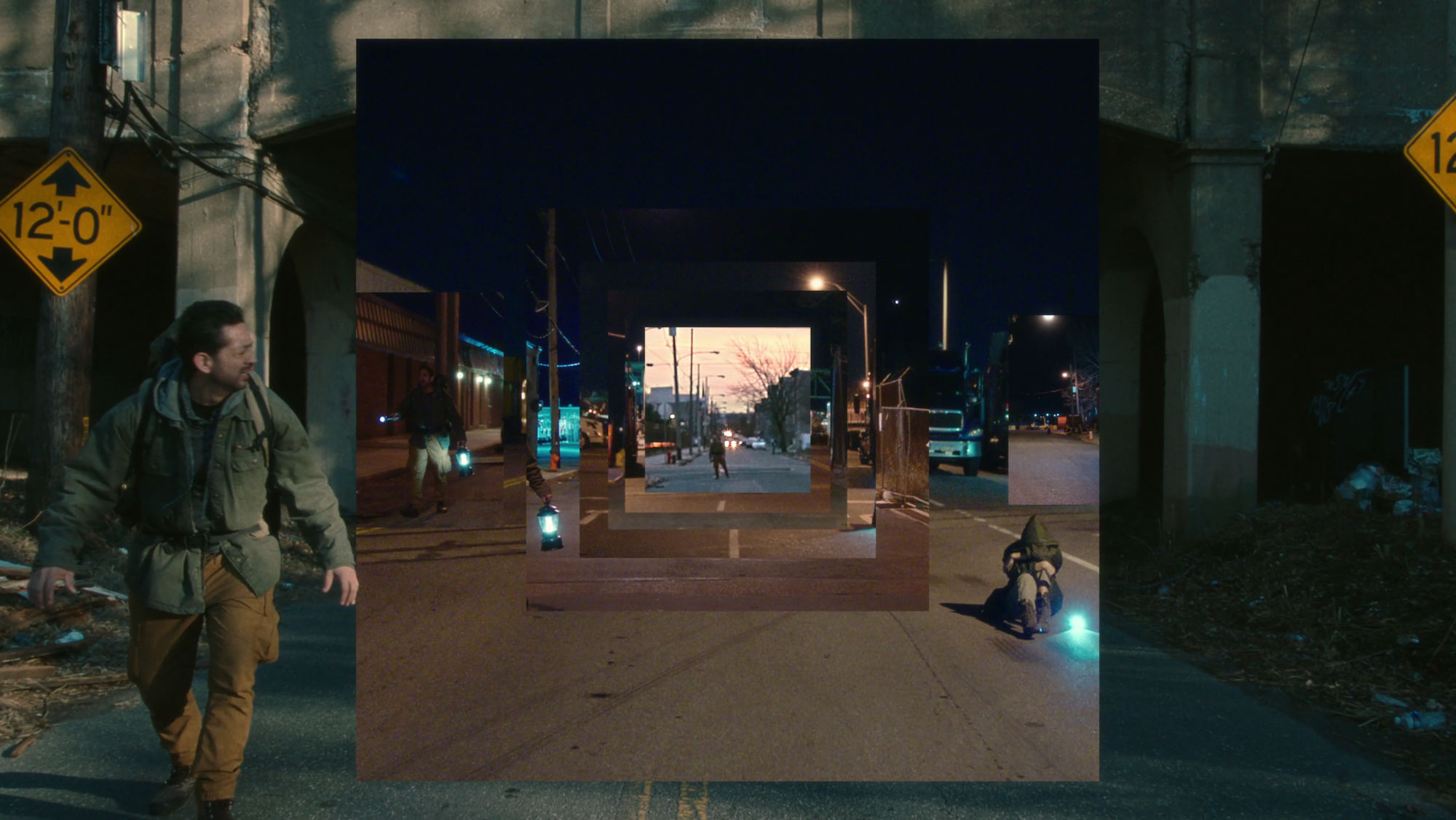 As for the VFX treatment…just a lot of time with me behind a computer! Thanks to the great crew and cast that helped make this a reality.

Walls is one of the many great projects shared with the Directors Notes Programmers through our submissions process. If you’d like to join them submit your film.