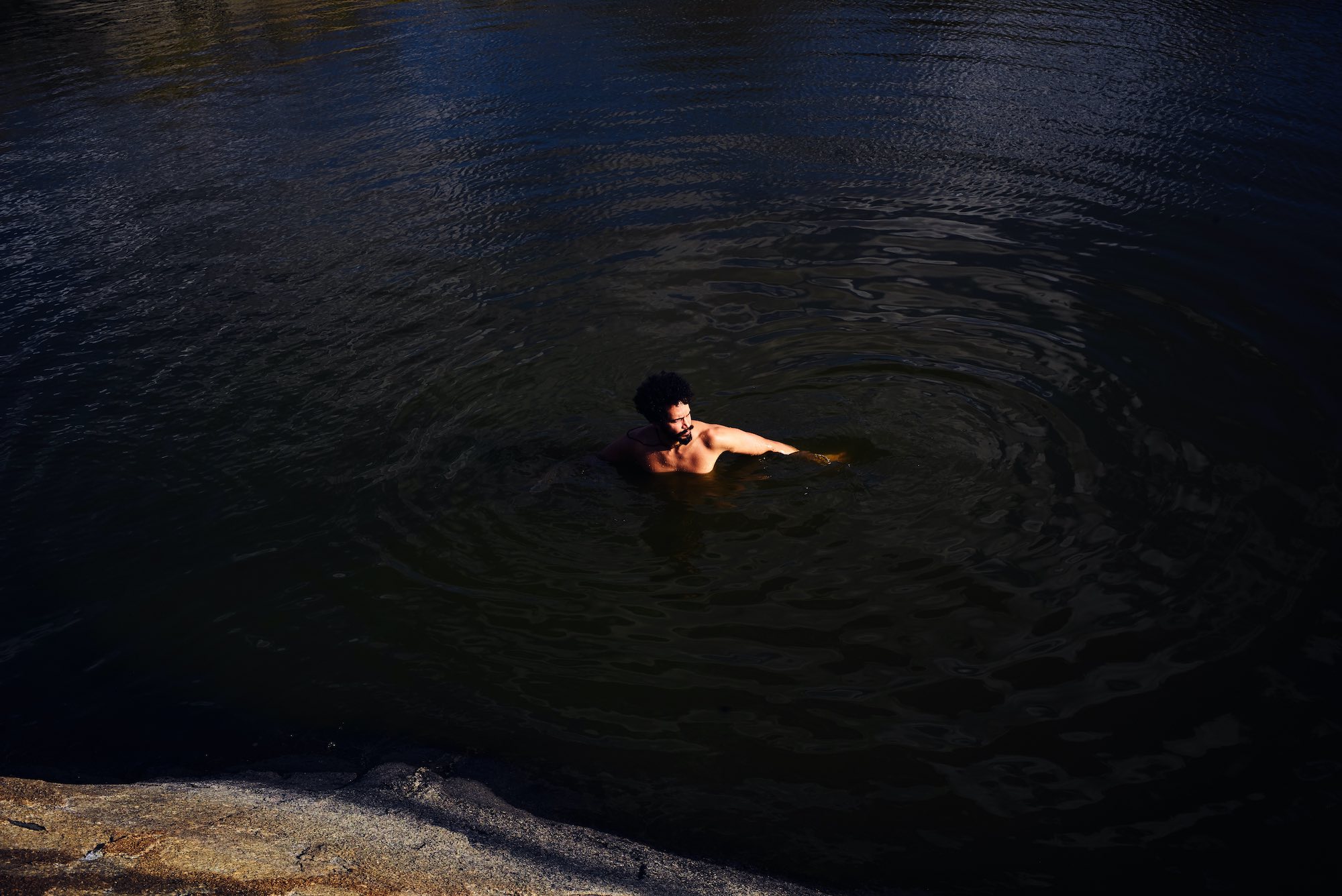 Set in a desolate and arid environment, Manuel Nogueira’s short film for Ladytron’s Tower of Glass follows the grieving process of Larissa, whose anguish of losing her partner Saulo manifests itself as a fragmented and dreamlike eruption of emotion. Ladytron’s slick and minimalistic palette makes the perfect accompaniment to Larissa’s evolving and disrupted existence, and Nogueira’s visuals create a perfect symbiotic fluidity to round off such an all-encompassing work. Nogueira joins us today to explain how he expanded the typical music video format to create Tower of Glass.

How were you able to establish Tower of Glass as a short film as well as a music video?

From the beginning, after the band invited me to create something, my idea was to create a short film using the original song as a main concept that evolves and resonates into a narrative. Artists have the power to create entertainment narratives as they already have an audience and a creative vision. The short film is one of the possible formats for low budget productions, but we also see feature films and documentaries for those with more budget.

These projects take the band’s brand to a new level, rolling over new platforms for different periods, that maybe a singular music video wouldn’t do. This is the kind of project that will happen more and more. But, at the same time, the band also needs to serve their channels with visuals more direct to a point and still related to their music. So, we realised that the band needs the music video format; a similar length in time with music playing during the film. That also shaped the short film, because the story for the short should work without dialogue. So, I shot the short film, edited it and then re-edited it based on the song to have the music video.

Your locations look pretty remote and arid, how did that affect the shoot?

The production took a while to set up. Most of the cast and main crew are super talented people and we were working towards the aim of doing something cool together. We travelled to the state of Paraíba, just northeast of Brazil, to a special place called Lajeado Pai Matheus. There’s a very rare rock formation there, one of only three or four in the world someone said to me. This unique place has been there since forever. There are signs from ancient indigenous people, and it’s clear that time is not passing in the same way we see in our cities. It also carries some Brazilian aspects that I wanted to have in the film.

The place itself was so perfect for the script that the efforts to shoot there were quite easy to deal with. Beyond that, the location was one of those never-raining regions, where you can start shooting really early. The whole non-polluted atmosphere also helps a lot, and the people there are quite used to having film crews and have some experience with transport and accommodation. Of course, all the equipment and main crew members had to travel from São Paulo. 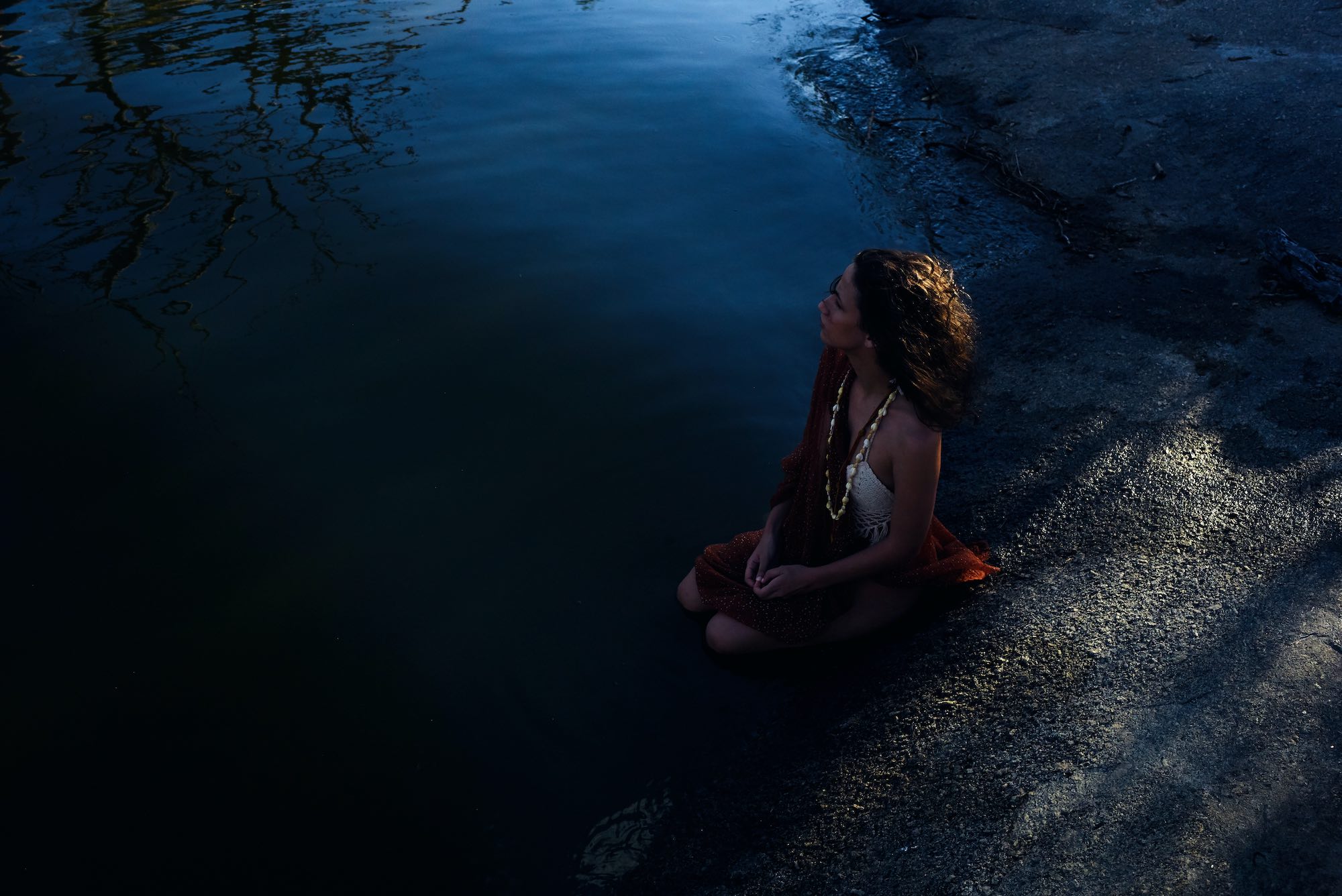 The film has such a free flowing spirit to it, how much of what we see was planned and how much was constructed on the day?

The script was very specific about everything that was going to happen. I took a lot of time writing and rewriting because I wanted to guarantee that by the end this very subjective and maybe abstract concept is assimilated by the audience. So, all the cuts and transitions from one moment to another were planned to achieve deeper degrees of the story, evolving and exploring specific angles of their misbehaviour and the relationship between them. At the same time, my style is to interact with the actors, location, cinematographer and give space to creative synthesis. So, it was like a framework to be filled, with possible new approaches inside the framework, but never breaking the rules of understatement that I was trying to achieve.

All the cuts and transitions from one moment to another were planned to achieve deeper degrees of the story.

For example, the dance sequences have some movements related to the structure and others that were created by the actress. I don’t like to cut and shut down emotions on set, I prefer to let people flow, as long as I feel that I’m still in control of the main structure. Another example is that the text for the monologue was originally longer. The actress started to speak and then she stopped with this ending tone. I said okay, but we have more phrases in that paragraph and she said yes, but I think this will work better. In the end I kept her version. She was right, it was enough.

Visually, Tower of Glass boasts such a strong colour palette, how did you work with your cinematographer to establish this? What did you shoot on?

The cinematographer is Juliano Lopes. We have a great connection and speak about everything. Also, we are both crazy about the result and what will be printed by the end. We shot with an Alexa Mini and Zeiss B speed 1.4 and, with that in mind, we arranged to work on each location during the correct natural light condition, exploring a lot the limits of the daylight and the technical potential of the camera. There were also some shots during the night with no light at all.

The colours came mostly from what the light was creating on the sky, on the water and the stones. There’s one specific shot that was done in a unique light condition, the sun was rising, the girl was inside this giant rock with one hole between her and the sun. The light was passing through and all the natural humidity from inside the rock was creating a new atmosphere. So, when you look at it there’s a lot of colour on the screen, some flair and particles in the air, and all that was actually there, naturally and brilliantly photographed.

How involved were Ladytron in the process? Were there any creative restraints?

They were perfect! All the time I was sharing ideas, potential actors and places with them and they were very supportive of those ideas. One or two tweaks on details, but that was it. Their talent goes far beyond the music, they have a solid background and strong vision on aesthetics and narrative also and zero ego. So it was the perfect collaboration, where everyone speaks the same language and respects each other.

When it came to the edit, how did you find editing to the music, was it helpful or did it throw up its own set of challenges?

The whole edit was done by myself. I like to think that I’ve learned a few tricks working with some nice editors around here. The idea for the short was to use separated elements of the original song during the narrative and build that with all the necessary emotions to maintain some coherent relation with the original song. After I created the main structure, Daniel Hunt from the band, joined me and we tweaked and adjusted all the specific sounds of the film. It was a cool and creative process too.

It was the perfect collaboration, where everyone speaks the same language and respects each other.

And last but not least, what will we be seeing next from you?

I’m now working on more short films, submitting to film festivals all over the world. At the same time, I work as a film director for different commercial clients but I’m always working, studying, writing, reading and researching for future personal projects related to visual narratives and entertainment.