Loaded with enough energy, Cockney spirit and just the right amount of violence to make Guy Ritchie nod with appreciation, Mandem is a unique “day in the life” of two South London drug dealers. Director John Ogunmuyiwa embarks on a delicious exercise of audience baiting, by challenging our preconceptions, and whilst the film never really takes itself too seriously, it’s almost intimidating in the undertaking. DN is chuffed to present the online premiere of Mandem and feature our conversation with Ogunmuyiwa where we chatted about the brilliant cast, how the film was made and plenty more.

What was the inspiration behind ​Mandem​?

It came from a variety of observations. I was watching a show called High Maintenance which is about human stories from different walks of life all connected via a white drug dealer. On the whole the tone is pretty light, it’s just a job for him and the stakes aren’t always super high. Which got me questioning; why is it that when we show black people dealing it’s always life and death, gang gang or Topboy-esq (which I do enjoy – Kano in season 3 was levels).

The realities of dealing can be quite mundane at times. It’s long and tedious, but also comes with a skill set. These guys are building customer relationships and moving between many different worlds; from the city banker to the Goldsmith student party, to even the posh art buyer at the end of the road. The job can come with risks but I wanted to explore the normality of it. This led to the question of: What if their relationship as friends wasn’t what we thought it was?

Does a job define who we are as a person? Are we not people before we are scientists, builders, and in this case drug dealers.

The film was part of the NFTS Diverse Directors program. Can you tell us more about that?

There was a two week workshop where we had taster courses with the different heads of departments, met/questioned TV & film directors such as Alice SeaBright (Sex Education), Shola Amoo (The Last Tree) and Lewis Arnold (Cleaning Up). After the two weeks we had about 6 weeks to work on our scripts and get into pre-production. They funded the shorts with the condition that we use NFTS students as crew which worked out really well. I met some really cool people and everyone bought into the idea – shout out Pep Bosch, Emily Everdee, Jade Rache & Julian Lara Cid. It was interesting working with an institution such as the NFTS, having to get things greenlit and try to adapt to process without losing core vision and ambition. A really good learning curve.

There is an undeniable chemistry between the lead actors. How did you go about the casting process and how game were they with the more intimate scenes?

Casting was a very tricky process, we sent it out to agents and most people we’re like “…ahh they’ll love it”. Initial responses were good, but when people got to the bottom we ended up getting quite a few “It’s not for me”. Which at two weeks out without anyone down is kinda stressful. It was important to try and find great actors who understood the world of the characters, the language and the vibe. Sometimes films with this setting can feel a bit forced so it was super key to find people who could bring a level of authenticity and understanding to the roles. These are real people who you might have seen growing up, or you know, have been around, etc. The guys killed it.

We managed to get Bradley Banton on board first who played Ty and brought energy and embodied the character, such a wavy guy. Can’t imagine anyone else playing that role. We approached Stevie Basaula who played Malcolm and in the process of talking about the role and its requirements, e.g. the questioning and understanding of the kiss, actually made the film better twice. More power to him. He really liked the concept, just came off the RSC and really wanted to use tools he’d learnt but the kiss was a bit contentious.

Through the interrogation of what kind of kiss it was, what was too much and what it needed to be to serve the story actually landed us in a really interesting place. Which in turn made the film what it was. Even as we were about to shoot, Stevie, Bradley & myself had a 40 minute conversation on set ( my first AD was stressed). We interrogated it again and it grew from one kiss to two, which cemented our intention of what we wanted people to read from the scene. The ending came from them as much as it did me. Funnily enough, even though we cast them separately they actually knew each other which helped quite a bit with chemistry. 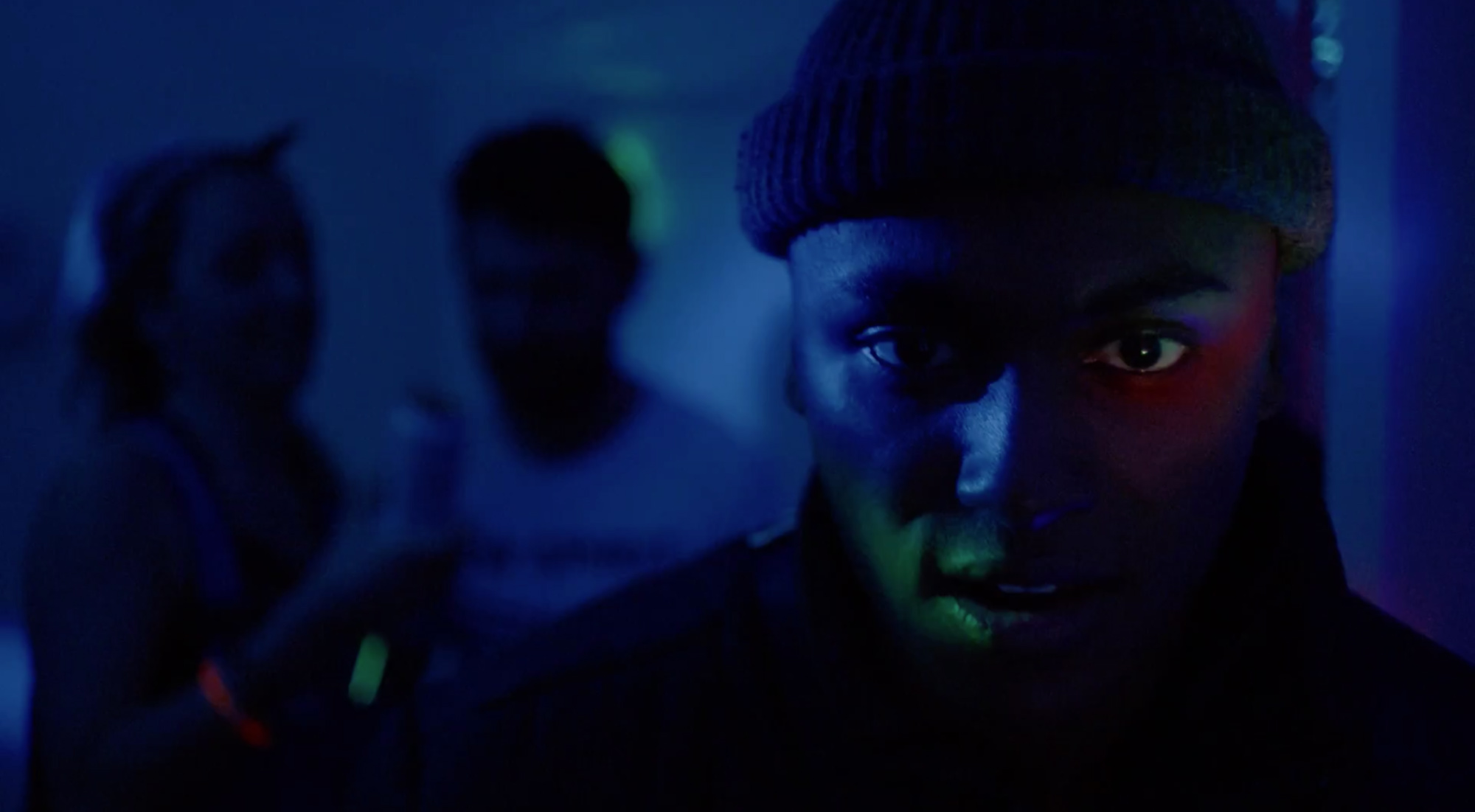 One of the key scenes in the film, both from a narrative and technical point of view, is the house party scene. Can you tell us how it came to life – from script through production and finally in the edit suite?

For this scene we wanted to channel our inner Goldsmith/art college student party (big up Jade on the production design). As much as crackheads are buying drugs it’s also drunk students, so it made sense for their last stop to be a party where they can come in and make a few sales in one place inconspicuously. On paper the scene’s meant to represent the moment where they kind of let loose. Up until that point it’s been a long day and business as usual. But when they hear the song that resonates with their taste culturally, especially in a setting they didn’t expect to, they almost forget they’re at work and just vibe. Which is why the screen goes from 4:3 to 16:9 representing them loosening up. I do love technical filmmaking.

You can take the man out of Croydon but you can’t take the Croydon out of the man.

After seeing the location we worked out how many shots we needed to tell the story and realised we could do it one shot – providing we were clever about blocking and movement. It took about 9 takes to get right but was worth it – one of my favourite shots. We also decided to slow the frame rate down to get the sense of euphoria they’re feeling from the music whilst also alluding to the effects of what they’re dealing. Big big shout out to Marvin Jay Alvarez who put the edit together. He left his magic touch on it, really bringing it to life with the cuts, the ghosting effect and pace. This scene wanted to feel like a music video and slightly ethereal. Marv smashed it.

London seems to play just as big a part in ​Mandem​ as the two main characters. How important is the city to you and your work?

I guess it’s a by-product of the types of stories/worlds I want to create and the people who inhabit them. I’m trying to bring interesting ideas and scenarios into the world I know and ironically, my version of London isn’t always seen on screen cause the people aren’t. At the moment I’m telling stories under the influence of the version of the world I see. 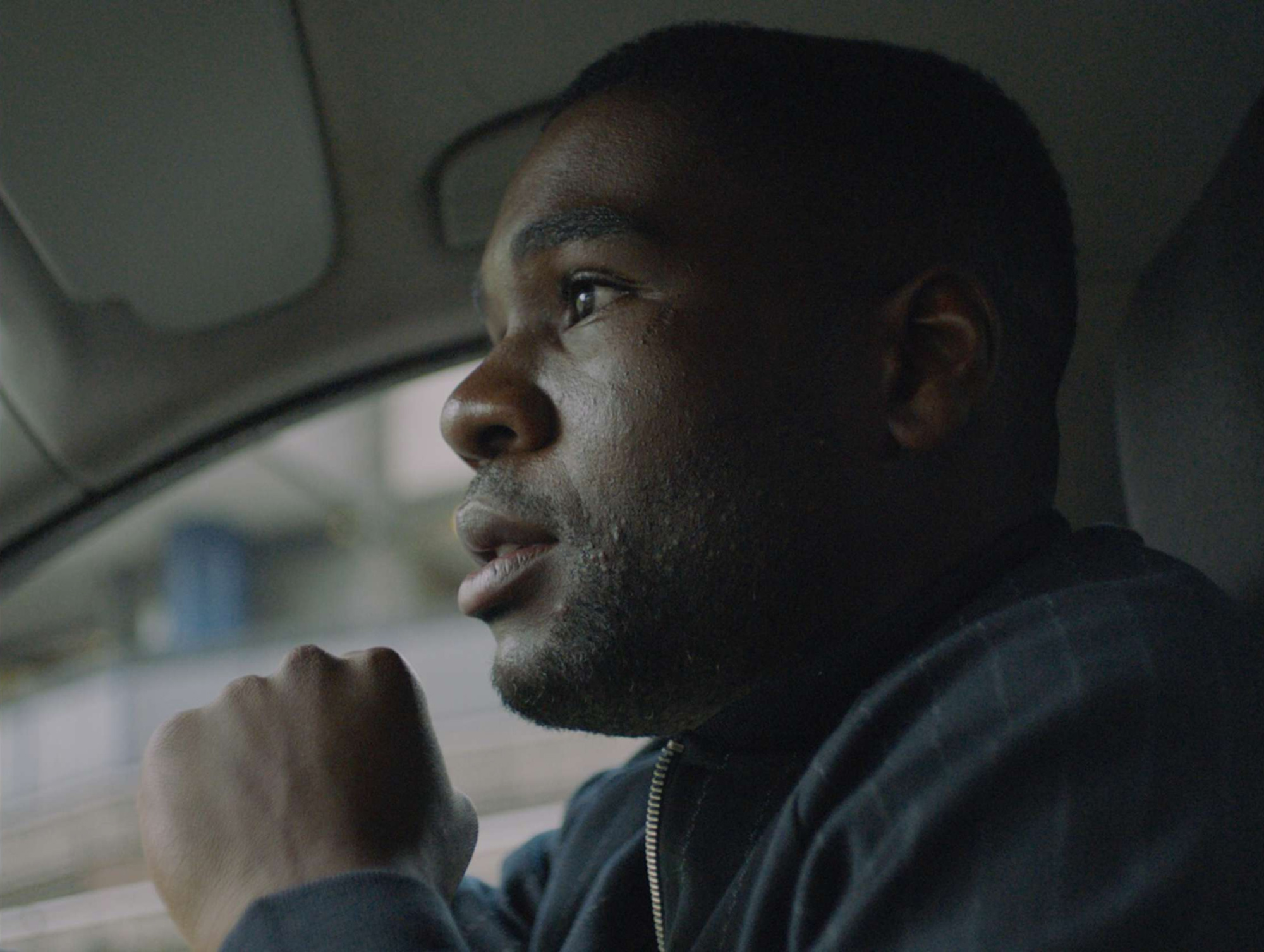 Both your previous short ​Wilson and now ​Mandem​, feel quite personal in their exploration of masculinity and suppressed, or in ​Mandem’s​ case, hidden feelings. Why are you interested in telling these stories?

In a weird way I’m actually not into those themes specifically. I think I’m more interested in the broader idea of observing and questioning. I like to think of the work I’m making as dissertations. At some point in the early stages of an idea, a question, observation or thought that’s made me go, “Huh, isn’t it weird that…” or “What if…” comes in to play. And then for me, the film almost becomes a thesis/exploration of that thought.

The questions and thoughts for Wilson were; isn’t it weird we live in a world where we all wear these fake masks and fake smiles just to keep up with the Joneses. Express yourself, but only with overly positive sentiments. And some people can’t express themselves due to circumstance but we can and choose not to. So what would happen if someone couldn’t hold it in any more? And because that started as a broad question it naturally crosses over into different touchpoints.

With Mandem the question that sparked the idea came from perception. Just because they’re dealers doesn’t detract from the fact that they’re likeable guys. They can be scary but for the most part, aren’t really. You almost forget and forgive that they do something awful and beat some guys up. And then isn’t it weird, even if we don’t hide anything about their relationship, that as an audience due to the perceptions we have of these types of characters we just don’t see it. Or we don’t allow ourselves to see their relationship for what it is. But if we swapped out the characters for a man and a woman or two camp guys you’d see the flirting and jealousy more overtly.

I’m interested in provoking thought, giving a hard look at the world and seeing what’s really up. It’s stranger than we think. 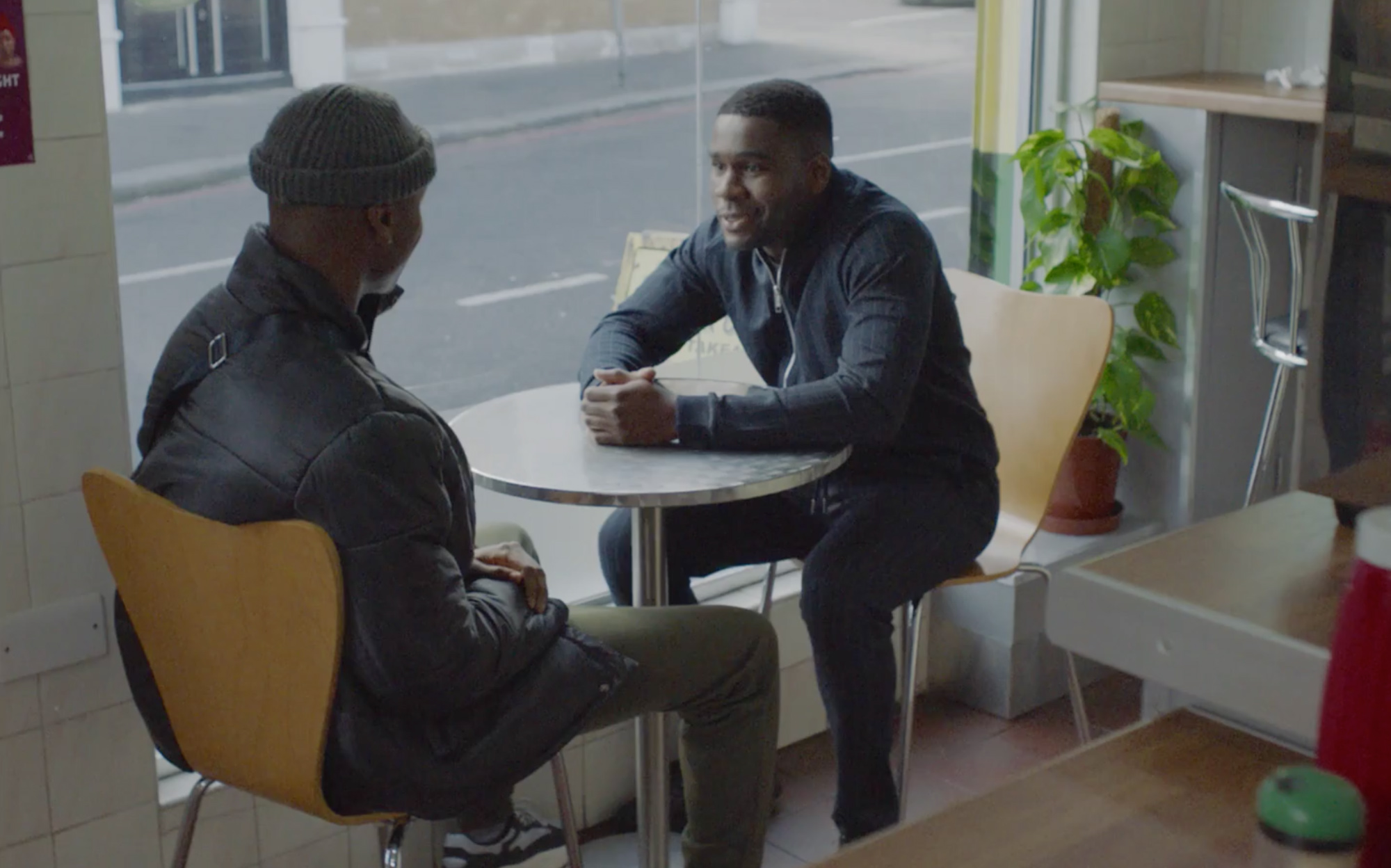 I’m in the process of pre-production for a new short film based around High Street. Hopefully, it should be good to shoot and get done for this summer. Otherwise, I’m trying to work on and write longer form content.

What advice would you give to emerging filmmakers?

Keep trucking, keep working, keep going. It can be quite a long process going from conception to press play, sometimes you feel stagnant. But if you find something you want to say or a story you really want to tell keep moving forward to make it happen. Before you know it you’ll meet like-minded people who want to tell that story as well. Regardless of whether an idea’s good or not, people buy into passion and through genuine collaboration things always get better. My advice is to care about what you want to say, how you’re gonna say it and be passionate.