Australian Filmmaker Toby Morris’ vision of a dystopia Cooee is a fast and frenetic ride through the foothills of Australia’s snowy mountains. We follow a group of young rag-tags as they venture forth through the wasteland in their solar-powered car with a strong impulsive attitude. Cooee’s story sees an exploration of themselves and their world as perspectives are shifted upon the arrival at the home of a VR-addicted family. It’s a proof-of-concept film pulsing with vitality that hints at the potential of something much larger. Think Mad Max: Fury Road meets The Breakfast Club. Now, with Cooee available online, DN caught up with Morris to talk about his vision of the future both literally and cinematically.

I read that Cooee is a proof of concept, did it evolve out of expanding a short film idea or was it already part of a bigger picture?

We wanted to write a feature screenplay that examines the fate of Australia’s regional youth in a future crippled by a failing economy and an older generation that has deserted their responsibilities and reality itself.

The short expands on a single sequence in that feature script that we felt best conveyed the world and its characters, and gave us the opportunity to bring them to life for the first time. We were lucky enough to secure an incredible cast and crew, all of whom shared our passion for the story and its potential as a contribution to Australian cinema. We’d spend our days racing cars through wind farms, and our evenings sharing a motel, sitting around a project and watching the rushes together. There was a beautiful sense of community which made it a really special shoot for everyone involved.

There’s no dream which gaffer tape can’t bring to life!

Given the scope of what you were shooting, did you have to balance multiple camera rigs or was it all shot using the same equipment?

The primary camera used was an Arri Alexa, but in order to capture the action sequences, we found ourselves using a bit of everything: RED Epics, Blackmagic Micro Cinema Camera and DJI drones, I think even the Canon 5D was in there somewhere! One of our proudest achievements was a low-budget scorpion arm which we rigged together in order to capture some of the more cinematic car shots in the film. There’s no dream which gaffer tape can’t bring to life! We also discovered that wind farms are probably not the best places to shoot elaborate drone sequences. Turns out they’re quite windy.

Where does the story of Cooee fit in the feature script? How will the story be expanded?

We’ve seen countless films in which brave American astronauts fly into space to save our dying world. Beautiful, big budget Hollywood films like Interstellar and Blade Runner. Cooee is a film which says “meanwhile, in Australia…”. We always saw Cooee as a feature film. The short expanded on one sequence from our original screenplay, dropping into the lives of a few of our main characters. It’s a small part of a bigger story; one stop on a road trip through a decaying Australia.

We always saw Cooee as a feature film.

We’re now putting the finishing touches on another screenplay that explores what it means to build real connections in a world saturated with digital alternatives. It’s a story about two characters discovering what real love means against a backdrop of virtual reality addiction, automation and forgotten culture. Young people struggling to get by in a world ravaged by their parents’ generation. I want it to feel like a shot of adrenaline, full of that rock n’ roll energy of those amazing Australia new wave films of the 70s and 80s!

Do you have any visual and thematic inspirations? It’s sparked conversation amongst us here for its similarities to another Aussie short I Love Sarah Jane.

What a great reference! I’ve always loved that short and been a huge fan of the Blue Tongue Films crew. Their work has definitely been an inspiration for Cooee, and I find their collective filmmaking model really interesting.

Visually the biggest inspiration was the land itself. The Snowy-Monaro region is achingly beautiful, and we found that one of the most useful things in developing our story was simply to go there. We spent a lot of time exploring the area and letting it speak to us. It’s cliched but true that the location really is another character in the film.

Another significant visual inspiration was the works of Swedish artist Simon Stålenhag. I love the way that he portrays seemingly mundane human moments like putting the shopping in the car but gives it a sci-fi twist, with giant futuristic industrial structures in the distant background. His work inspired the new Amazon Prime series Tales From the Loop. I worked closely with our cinematographer, Aaron McLisky, and production designer, Laura Murray, to create a vision that felt at once both familiar and other-worldly. So you have solar panels welded onto an old Holden Commodore, rather than some sort of beautiful flying car.

It’s cliched but true that the location really is another character in the film.

Thematically, I found initial inspiration in films like Dazed & Confused and American Graffiti (I even wanted to call it Australian Graffiti at one point). Small stakes films driven by music and youth culture as much as by plot. The idea of taking this typically retrospective style of storytelling, and using it to look into the future. How is the culture of today going to shape the youth of tomorrow? This was a starting point for what grew into a story about taking responsibility for ourselves and one another in a world that wants us to blame, blame, blame. 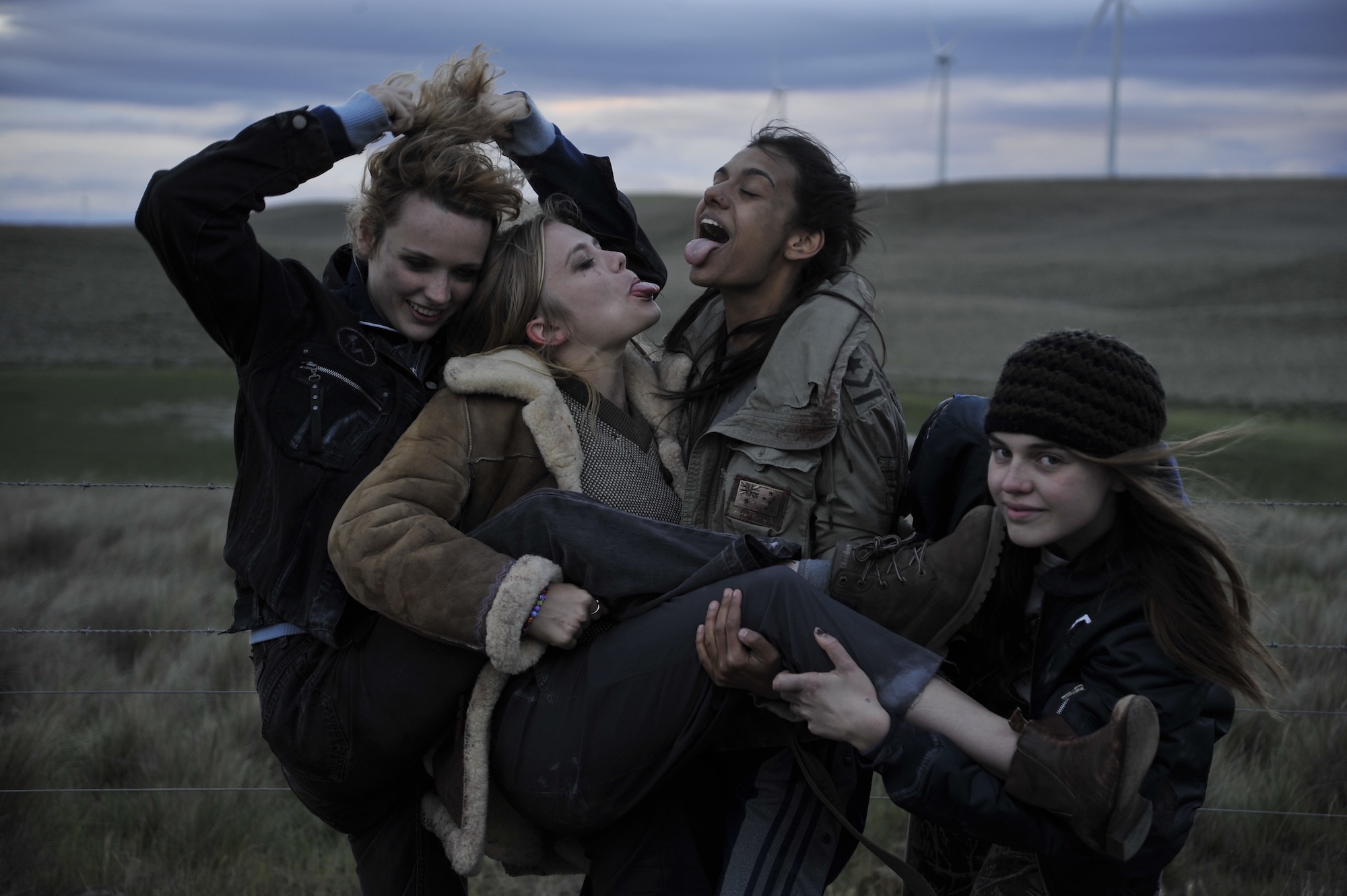 Have you been able to work on expanding the Cooee story into a feature during the current global situation?

At the moment, thanks to the wonders of the internet, myself and brilliant co-writer Stuart Beedie are making the most of isolation and spending every day finishing our Cooee screenplay!

It’s been a few years since I made a short, but releasing Cooee online has me really excited to jump back into that space. There’s a few little ideas I’m toying with, and I’m loving having time to absorb and be inspired by all the other fantastic filmmakers out there!

Cooee is one of the many great projects shared with the Directors Notes Programmers through our submissions process. If you’d like to join them submit your film.