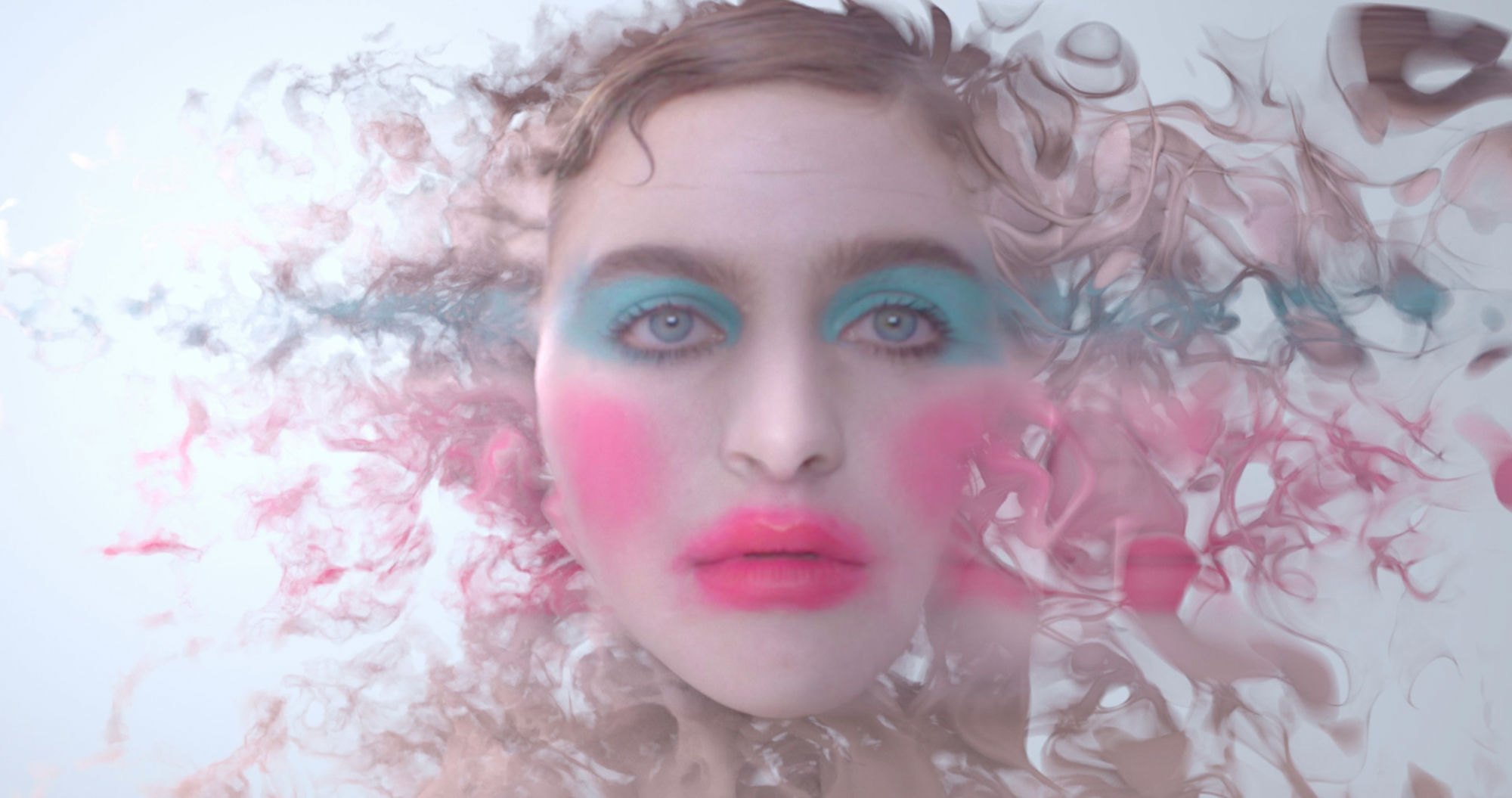 A neon infused rejection of the fake niceties proffered by a privacy invading ex, Mack Neaton’s Spare Me serves up a painstakingly art directed feast of inedible food where constant surveillance is unavoidable. Given free creative rein for what would be her directorial debut by fellow Chicagoan and nu-pop indie artist Carlile, DN spoke to Neaton about mixing live-action, animation and visual effects into a fantastical takedown.

What about Carlile’s music inspired you to make the jump into the role of director for Spare Me?

Carlile is a funky person, I’ve always loved her dress, her voice and the way she approaches life. She’s not afraid to be herself at any given time. I knew she would be fun to work with because she loves to push aesthetic boundaries. Particularly playing with the hybridizing of opposite aesthetics. Her personal aesthetic is somewhere between Y2K digital fem and Annie Lennox tomboy. Carlile’s appetite for design adventure was the big draw for me.

Neon pink is like a hollow promise – so cheerful it’s unnatural.

Given the infinite canvas of full creative freedom how quickly did you arrive at this iteration of the concept?

Spare Me’s whole concept is about being artificial and privacy being invaded. So many of the things I love, club kid makeup, mid-century decor, and cyborgs all have these unnatural characteristics. They are exaggerated or fake. It didn’t take me very long to find where these visuals could fit into the storyline. Essentially I laid on my bed, listened to the song about 100 times, did some sketches, pulled some reference images, and pitched my concept to Carlile. I got there in about an evening. 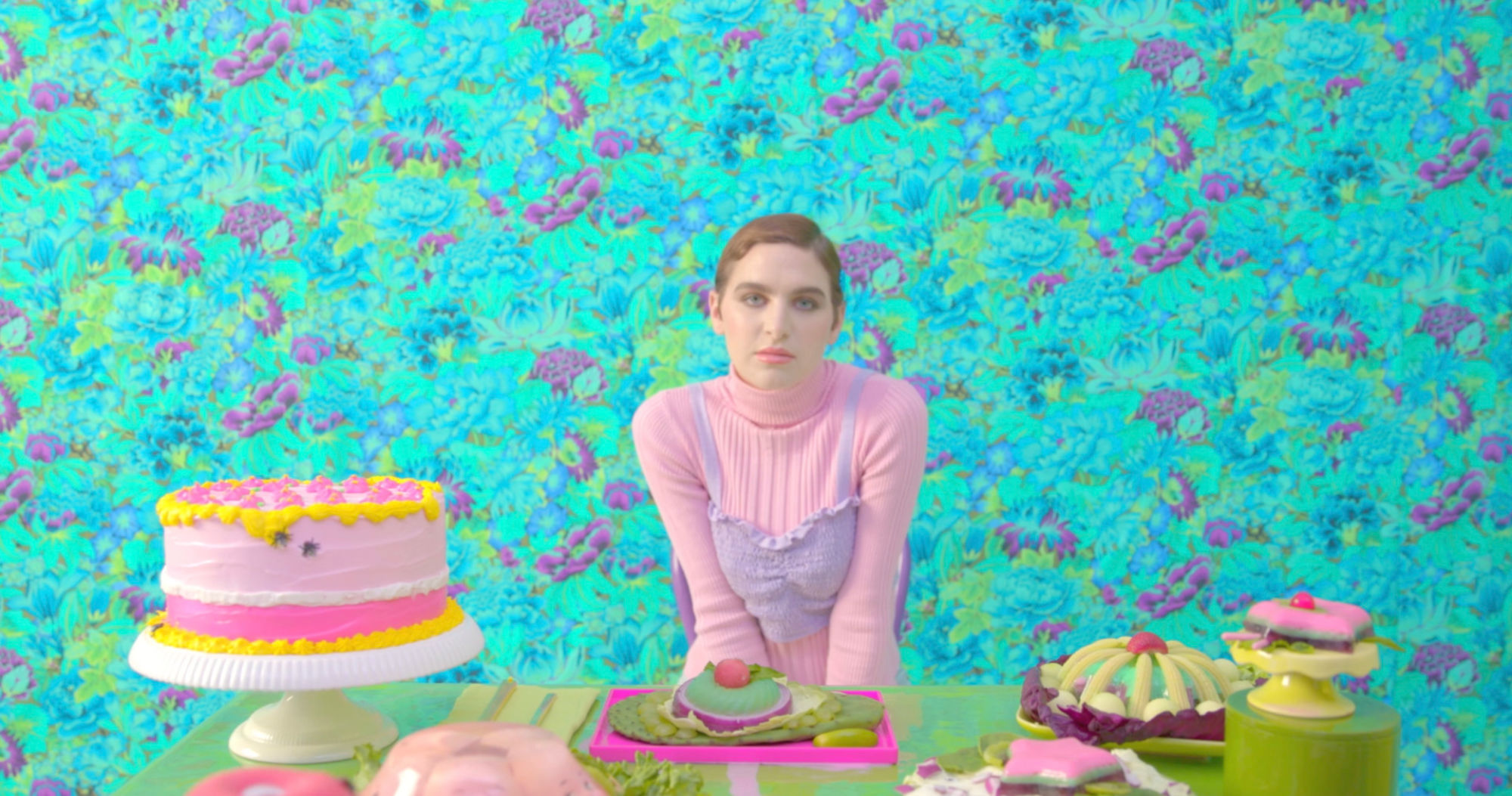 Within the first 30 seconds of the song, I knew I wanted a fly caught midair. I just saw it. I often try to just allow anything to pop up in my mind as I visualize a song, then I unpack what I discovered. It’s like waking up from a dream and deciphering the meaning. I began concepting around the ideas of surveillance and people who are ‘fake nice’. In the lyrics, Carlile refers to the ex feeding her boyfriend poison to keep him under her spell: I decided to portray this poison like candy. The table is set to serve sweets and comfort, but on second glance, the food is inedible. The beautiful host (the ex) and dining room are bugged with flies, reminding us of ongoing surveillance – and nutrients gone bad.

Were there particular techniques you were excited to explore in the video?

When I listened to the end of Spare Me Carlile sounds so agonized. I remembered previously in the year I learned a bit about Volume Displacement in Arnold Renderer. You can create more smoke/liquid-like scenarios in C4D. I knew that in her agony I wanted her to be breaking down in some manor. It seemed like a perfect time to try out this new technique. 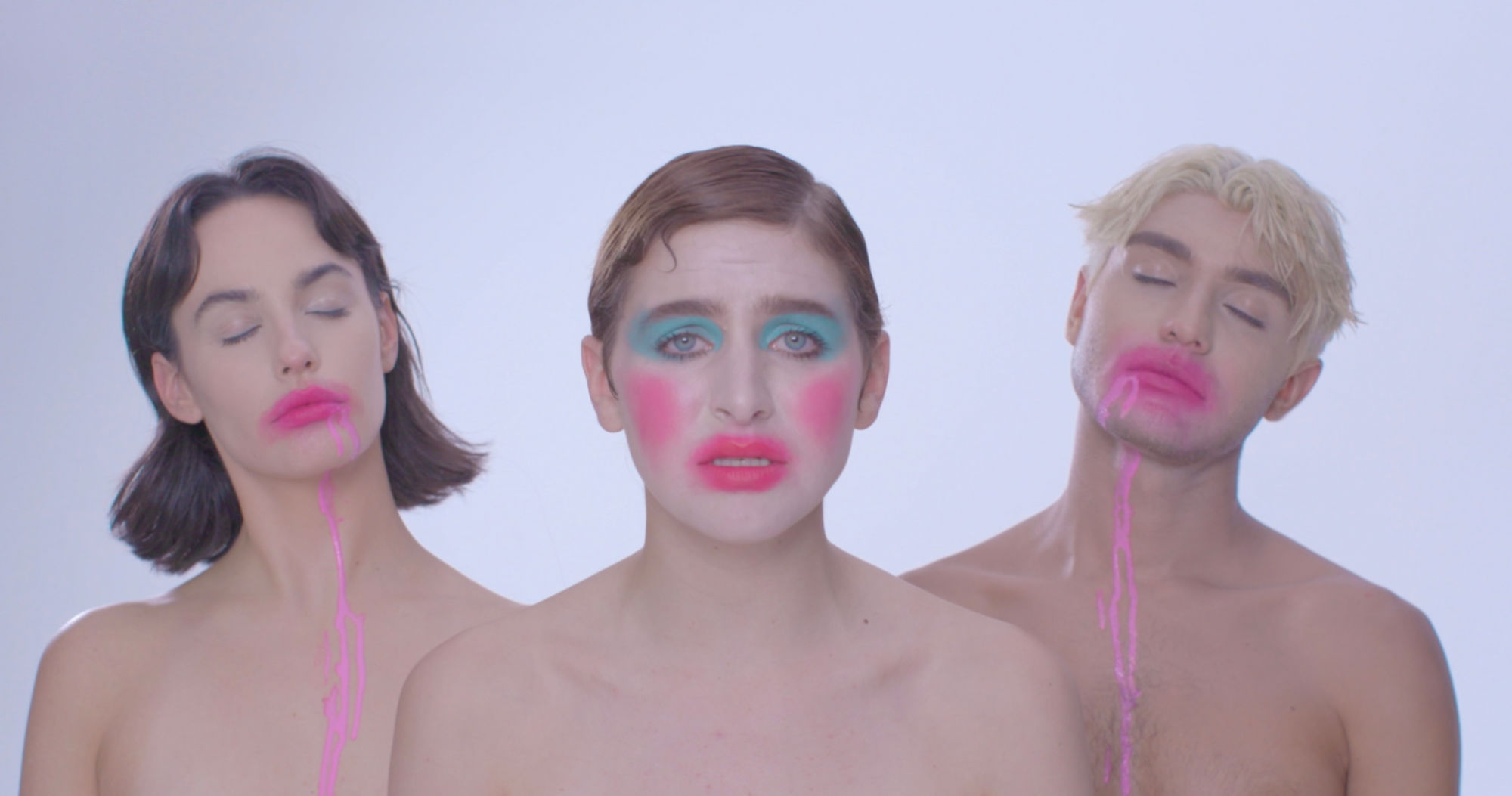 I very much enjoyed the sickly vivid use of colour, could you tell us more about defining your palette as related to the video’s themes and the song’s musical style?

The single’s artwork was a neon green portrait of Carlile. Neon green is an unsettling color – which lends itself well to the narrative. I felt that was important to keep. I then paired the neon green with neon pink. Where neon green usually makes us think of something sour or toxic, neon pink is like a hollow promise – so cheerful it’s unnatural.

While you had extensive experience of production prior to this, did running this project from the new perspective of director (alongside all your other roles) hold any surprises or lessons for you?

As a director I realized I needed to actively focus on taking ownership over my decisions on set. I, as I think many women experience, tend to over apologize or question my authority in a space. I’m usually not aware of this behavior but on set you don’t have any time to be unclear. I was surprised that I struggled with having authority.

On set you don’t have any time to be unclear.

As an editor and animator, all the post work just took me way more time than I had envisioned. I look forward to sharing some of those post productions roles I took on with other artists in the future. 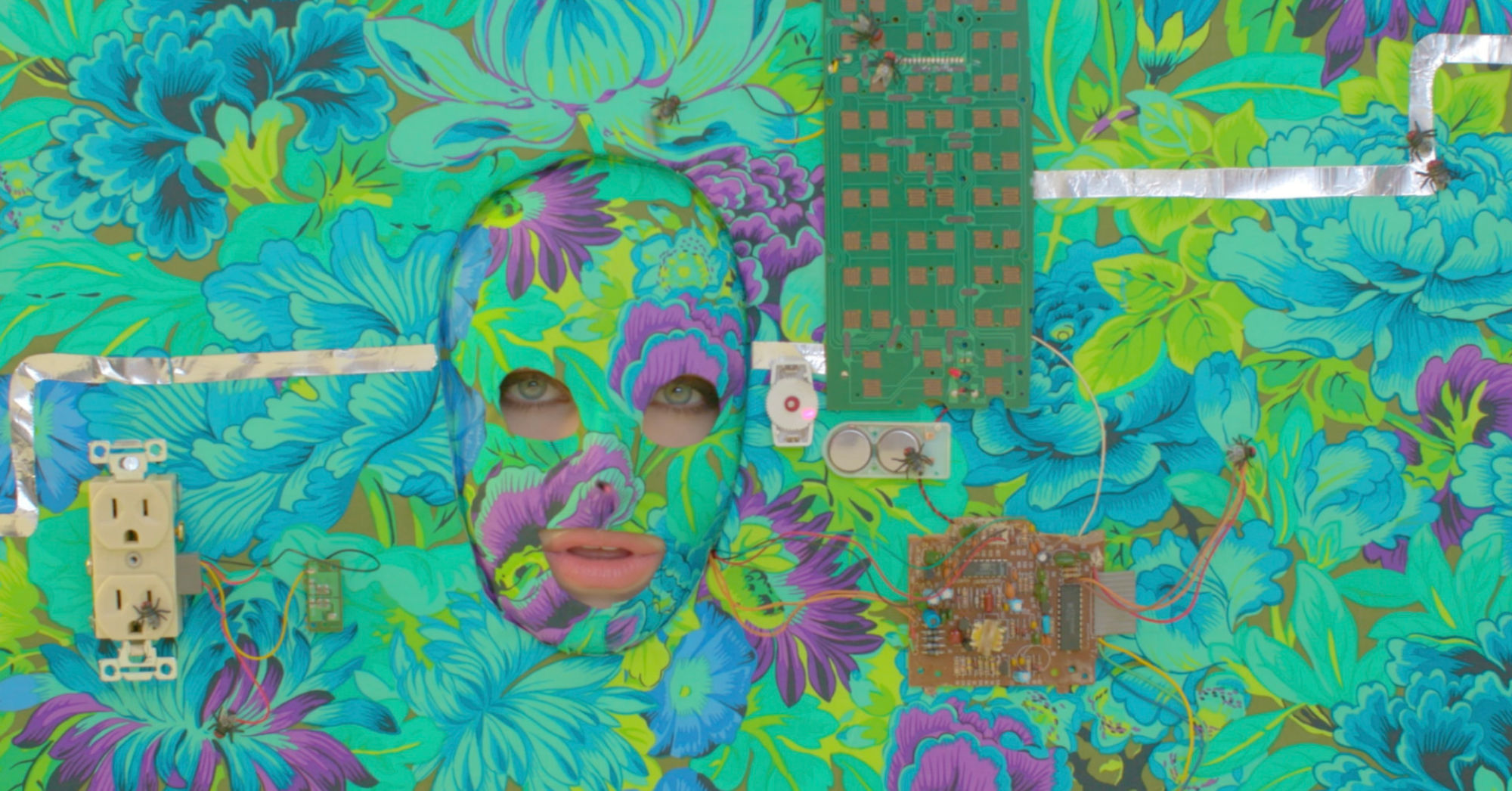 What will we see from you in the future?

I don’t see myself doing a feature or heavy dialogue. I tend to lean more towards experimental and music videos lend nicely to that sphere. I help support an artist and they support me. It’s a wonderful shared brainstorm, where the visuals and the sound get to find themselves expressed in each other.

Spare Me is one of the many great projects shared with the Directors Notes Programmers through our submissions process. If you’d like to join them submit your film.