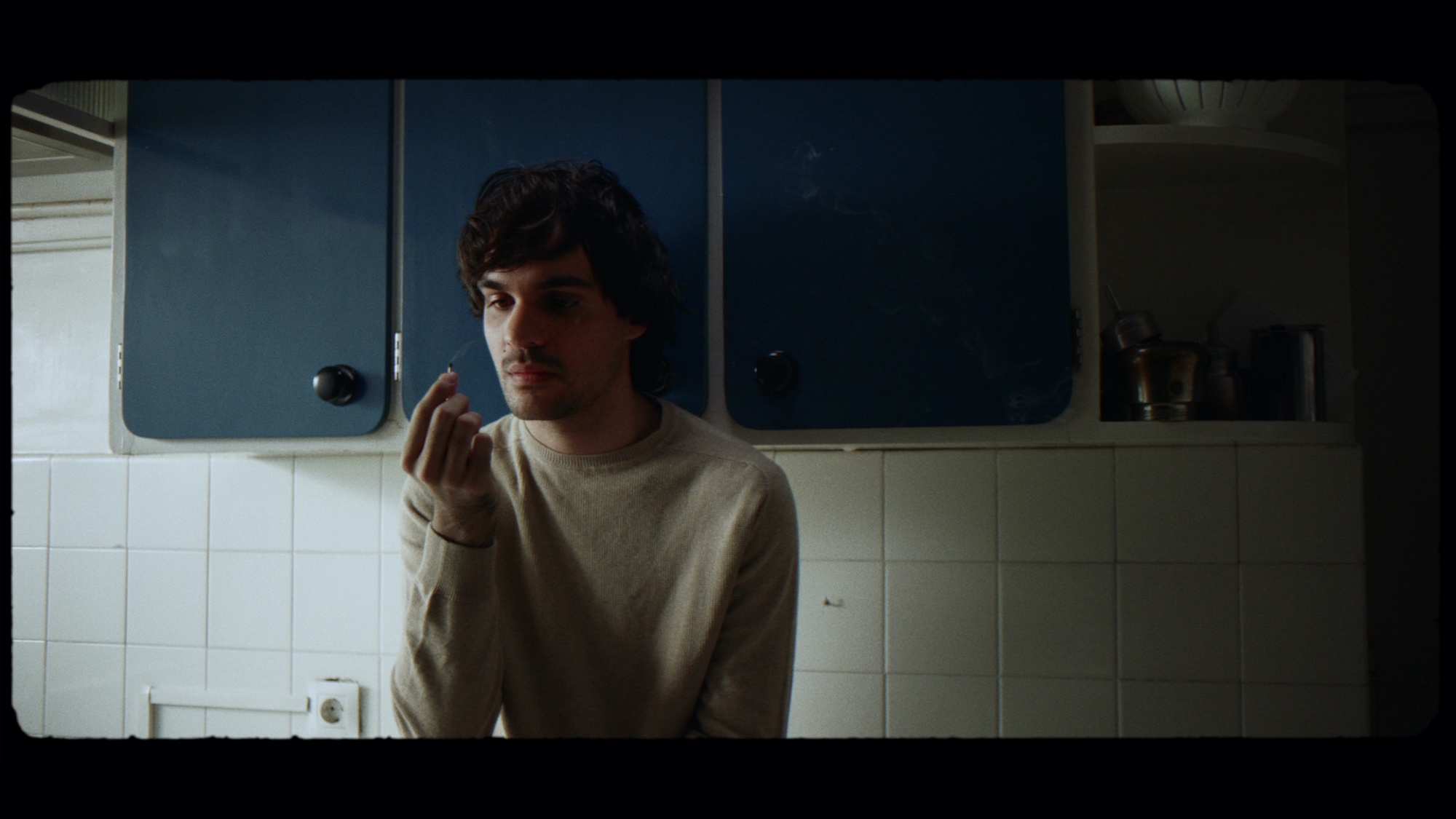 Sendoa Cardoso’s entrancing short Solo sees a young man contemplate his relationship with loneliness. In an interior environment surrounded by flora, he pontificates metaphors about smoke and the daily routine. It’s a humble short which avoids the potential of becoming saccharine by maintaining a sense of modesty amongst it gorgeous visuals. DN spoke with Cardoso about creating his personal and poetic piece, and the importance of working with empathetic people.

What inspired such an introspective piece about the concept of loneliness?

I started working on the concept a few months ago, while my girlfriend was travelling and most of my friends where working hard on features or TV series. I realised I was spending a lot of time alone which, in my opinion, is great because I think there are a lot of good things in being alone, but I also realised that I was wasting most of that precious time. This was one of those concepts I thought I should shape and transform into a film, so I wrote the script, I made a treatment, and I started reaching out to the team.

I think there are a lot of good things in being alone, but I also realised that I was wasting most of that precious time.

I’d worked with almost all the team before on previous projects so I knew they were going to work incredibly well. The only head of department person I hadn’t worked with before, was Andrea Gandarillas, the art director. I’ve been following her work a long time before this project, and I thought she was the right person to create the little garden I imagined for this project.

With Solo being such a personal and emotionally intimate film, how important was it to have the right people working with you?

I needed to be surrounded by very sensitive people on this project, and I got that with Andrea, our Cinematographer Adri del Val and, of course, our protagonist Eneko Sagardoy. He is an extremely talented actor – he won a Goya in 2018, the most important cinematography prize in Spain. He is so special and he has an amazing sensitivity.

However, given that I wanted to work with such experienced crew as Eneko, Adri and Andrea, it became tricky because their availability wasn’t synchronised at all, so the pre-production was was a bit stressful and we didn’t have much time.

Did that stress pay off during the shoot given their experience? Also, I loved the colours and texture of the visuals. What did Adri shoot on?

As it was a self-funded project, we weren’t able to spend too much money, so we had to shoot it in one day. I’m really impressed by Andrea’s work with such a tight budget. In terms of the camera department, we decided to shoot with the Arri Amira and a set of Standard Primes so we could achieve a good quality on a budget while we could afford the Black Arm + Ronin 2 for the car shot and the dolly for the interiors. 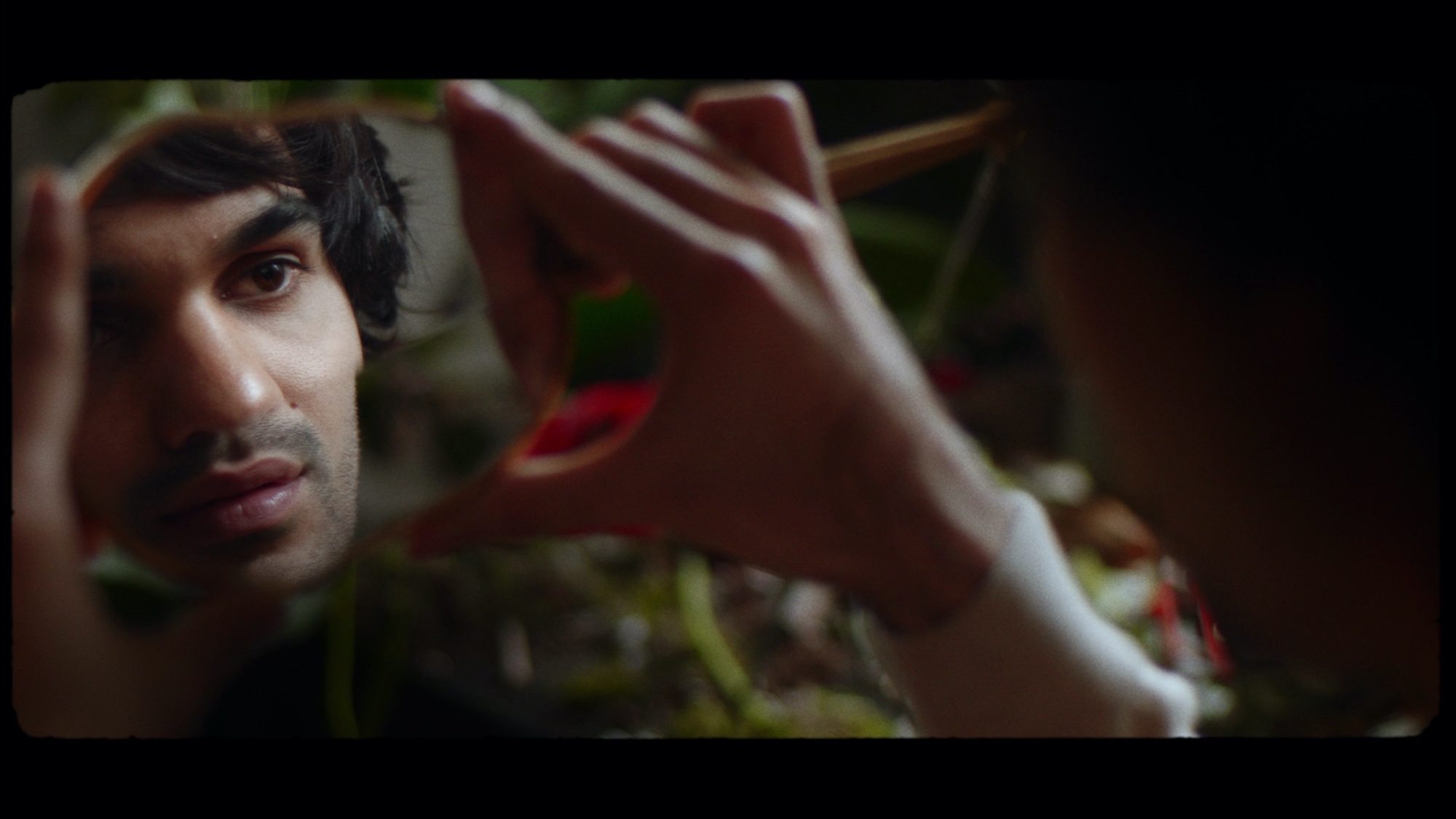 It’s a really slick edit too, with those camera shutter-style cuts, could you tell us more about your post-production process?

After the shoot, the availability of crew was, again, fighting against us. Ale García was the editor of the project and as he is an extremely talented editor, he is also quite busy. He trusted the project and I was sure he would make it better, so I waited until he was free. It was obviously the right choice. Then, for the grading we worked with Ruben Galamba at Metropolitana. It’s amazing when you have an idea and a lot of talented people trust in it and work to make it possible.

It’s important to let people create with freedom so projects can be interesting for them.

What inspired those visual flourishes in the edit?

Well, they weren’t on my mind at the beginning, but Ale came up with the idea and I loved it. They play an important role in the film, they aren’t merely an aesthetic resource because, as the film talks about the distraction that the flourish generates on us, this effect is like a call from the flourish itself to the protagonist. It’s like the flourish is calling him and then, he ends up taking that call.

What was your brief to Andrea for creating the garden environment? What were you looking to explore?

Here is where having an amazing team stands out, again. I just sent her some pictures that I thought had the feeling I was looking for, and told her that I wanted the garden to be a pleasant place, since it was going to represent our character’s most sensitive and spiritual part. I think it’s important to let people create with freedom so projects can be interesting for them, so I just told Andrea my feelings and what I had in mind and let her create. It wasn’t easy because of the tight budget but she did it.

As we shot everything in one day, Andrea and her amazing team had to create the garden while we were shooting the car shot. When we arrived at the location, everyone in the team was shocked by the amazing work they did. I’m very grateful to Andrea for getting involved in this film.

What will we be seeing next from you?

I’m working on a couple commercials now and hopefully, I can shoot another passion project by the end of the year. I already have a few ideas so I hope, amongst the pandemic, they let us keep shooting and financing upcoming projects.

SOLO is one of the many great projects shared with the Directors Notes Programmers through our submissions process. If you’d like to join them submit your film.