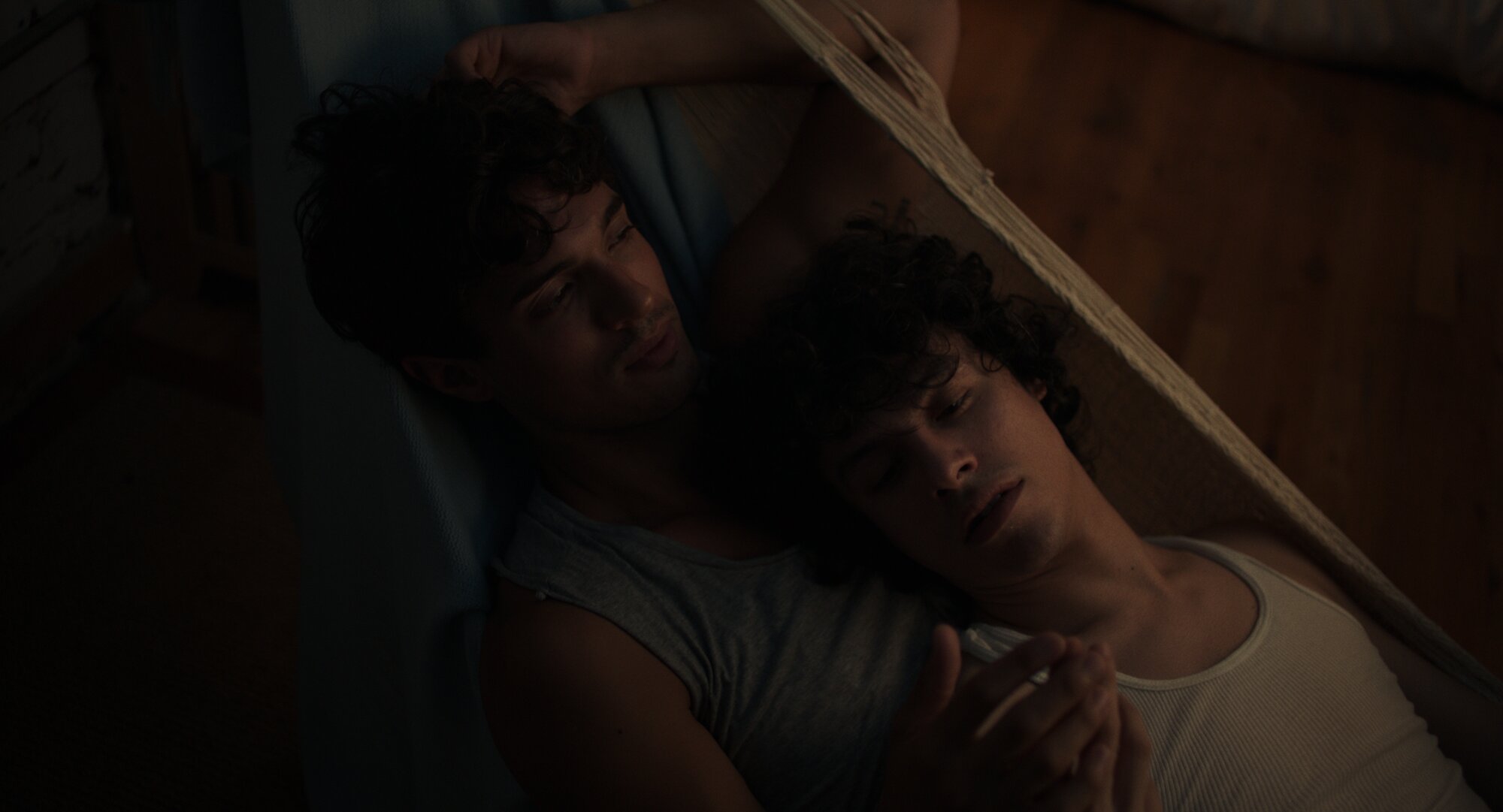 Two men meet up for the first time in real life after connecting on a dating app. The only catch: one lives on the West Coast, the other on the East Coast. Mixing the beauty of a burgeoning relationship with the constraints of the real world, See You Soon is a bittersweet exploration of the complexity of gay love. We talked to Director Tyler Rabinowitz about creating intimacy on screen, the personal inspirations behind the film, and his desire to foster a broader understanding of LGBTQ representation.

Tell me the inspiration behind the story?

See You Soon is inspired by my personal experience getting to know someone I matched with on a dating app. There was this palpable connection we formed despite distance, time and reality separating us. I was on the East Coast, he was on the West Coast, and when we were finally able to have a weekend together, I found myself able to let my guard down in a way I never really had before.

I came of age later in life. I was nearing my mid-20s and it was really the first time I’d been able to truly lose myself in the wonder of intimacy. But as that weekend came to an end I really had to grapple with the double-edged sword of attachment and vulnerability. It was a pivotal moment in my coming-of-age because I discovered not only my capacity to love but also my capacity to be loved. And I think there’s a weight that comes with experiencing a whirlwind romance after you grow up thinking that you’ll never get to have that as a queer person in the south.

The film quickly moves from playful and exploring to suddenly quite heartfelt and intense. How did you want to capture these specific kinds of emotions?

I really wanted this film to be a time capsule for the emotions that I felt and the ways that I felt them. During that weekend the moment where our romance was at its peak was also the tipping point as moments later I remember seeing that phone notification that I had to check in for my flight. And I remember everything coming down because I realised that I never wanted to go another moment without this person. With the DP we tried to set up these scenes as vignettes, as tableaus, letting them play out like memories do. We cut out of scenes just before the actual scene would take place if this was another romance. We wanted it to feel ambient, like you were reliving a really magical weekend that you look back on very fondly. 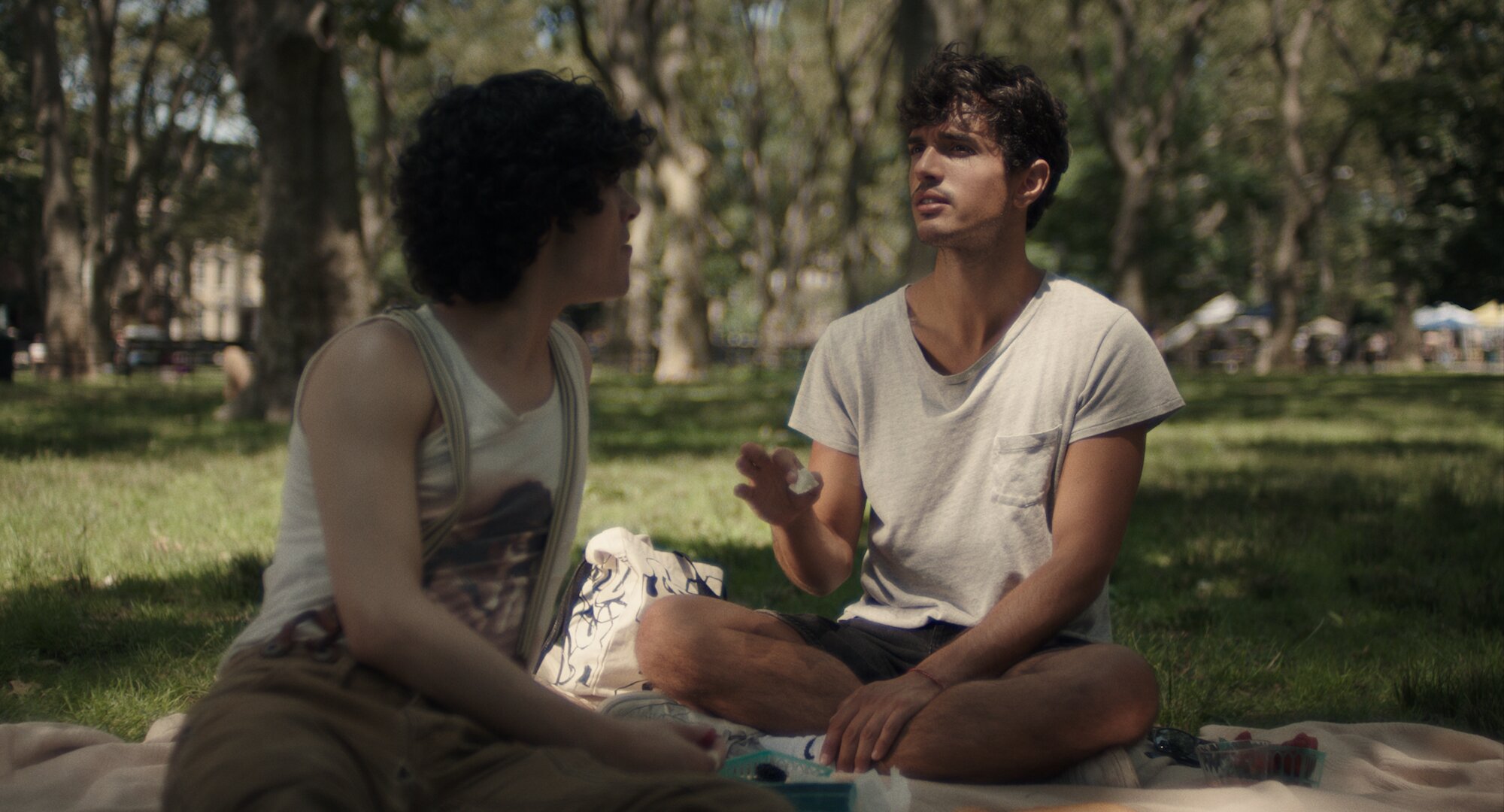 A couple of bittersweet, time-dependent romances come to mind: Before Sunrise and Weekend. Were they inspirations at all?

Absolutely. I’m very much inspired by Andrew Haigh and Richard Linklater. In fact, the way the whole Before Trilogy was crafted and their affinity for improvisation was something we took into this film. I want see a LGBTQ version of the Before Trilogy. It was exciting for my actors and I to look at films like that that have inspired us and to put them in practice in this queer romance. For example, we had certain tentpole moments while writing, but we allowed the moments in-between to play out organically. It was different every take.

I feel like there always has to be an element of play when you’re crafting a scene.

Another interesting part of Before Sunrise is how Linklater allowed both actors to bring their own input to the film. Was this the case for See You Soon?

It was really collaborative. For example, the scene where they are walking along the Brooklyn Promenade was entirely improvised. Little anecdotes are peppered throughout that were just things actors riffed on, partly just in the moment. I really encourage that in my actors. I feel like there always has to be an element of play when you’re crafting a scene. You craft it three times: when you write it, shoot it, and edit it. So part of the craft is not being so precious about what I wrote on the page and allowing actors to bring what they want or what they feel to the moment.

In terms of rehearsal, I kept it very much as a conversation. We didn’t set up any scenes and work through them. The three of us just met a day or two beforehand and had a conversation, talking extensively about a lot of the themes in the film. I really just opened up to them about where it was coming from for me personally, and we just bonded about our own whirlwind romances and kept things very much in the realm of getting to know each other. Once we were comfortable with each other that allowed such an intimate film to be possible. Additionally. Jonny and James knew each other previously at college, so that helped. 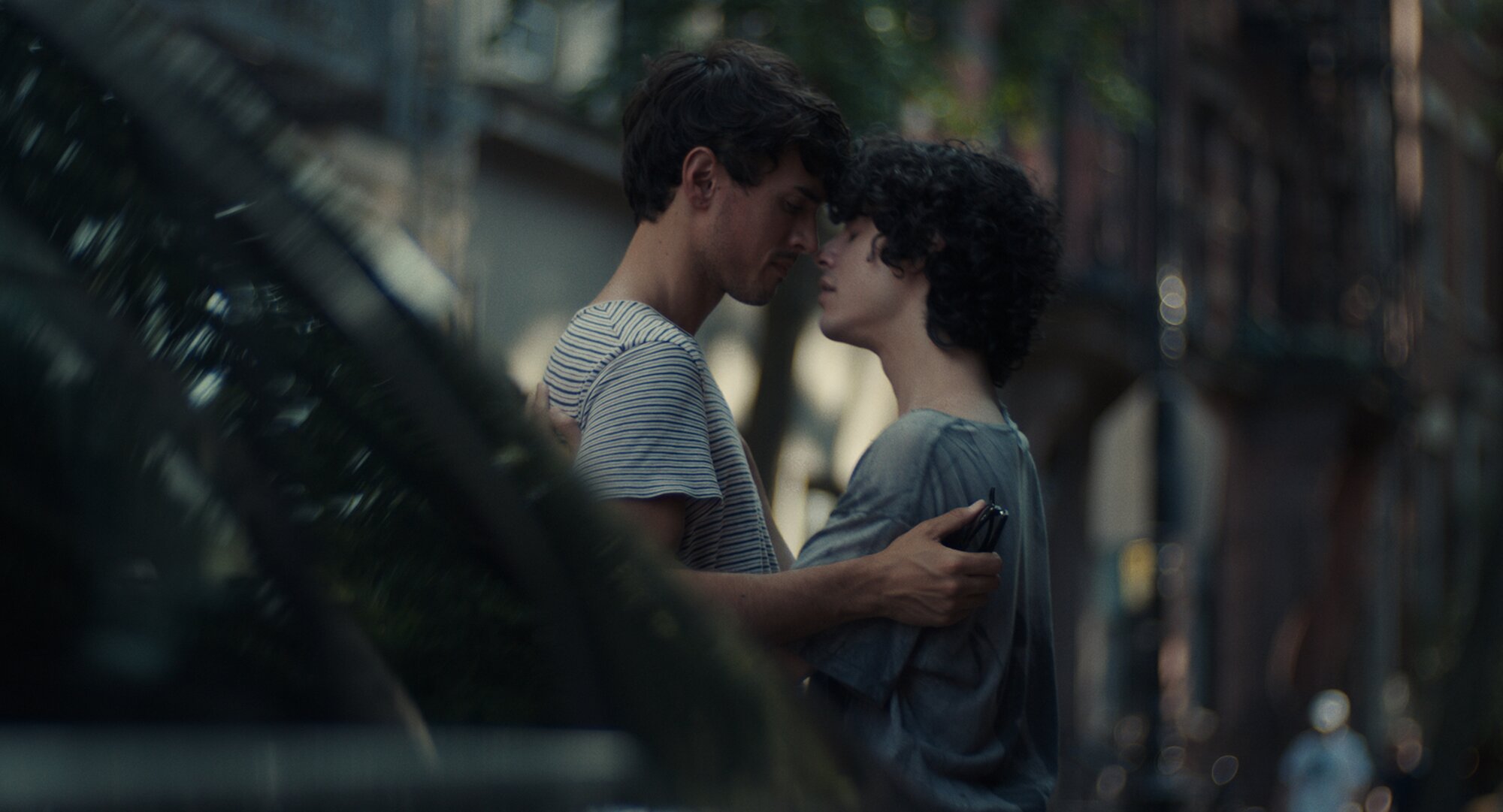 You write in the director’s statement that you wanted to “tell the story of a relationship that isn’t tempered by the typical setbacks” found in a lot of LGBTQ cinema. Was it important for you to tell the kind of whirlwind romance that’s very common in heteronormative stories?

Yes, I wanted this film to be something that’s irrefutably queer but also undeniably accessible. That’s the space where I feel like the stories I tell can really cultivate the best validation for queer audiences but understanding for everyone else. I’m excited to be part of a generation where we don’t have to tell stories about victimhood, and we can speak to the breadth of our experiences. I wanted to tell a story where the only conflict is just whether or not they get to be together. Everything else can be read subtextually.

But there is a tender yet explicitly gay sex scene. Was it important to stress the details here?

I wanted to create a really delicate but accurate gay sex scene that is the antithesis of gay sex scenes I’ve seen before where the camera tends to pan away from intimacy in moments where that could be the height of the character’s emotional arc. I wanted audiences to see what it means to decide to bottom for someone else. That is an incredibly vulnerable space to be in, especially when you have only been together in person for a couple of days. That is crucial to their emotional journey. For James Cusati-Moyer, one of the details in the script that was most important to him was the scene with the douching bulb, when he goes into the bathroom. It felt really important to us as gay men to capture that and have it as part of the film.

The film captures romance nicely through a mixture of handheld and static camerawork. How did you think about camerawork in achieving this naturalist tone?

We started the film locked-off. We are kind of meeting this couple from a distance. But as we get further into this film, very suddenly we start to move much closer and to adjust the depth of field. Then once the intimacy scenes take place and they go to the beach, everything is dizzy and the camera is handheld and chaotic. Then as reality is setting in and it’s time to say goodbye, we return to the locked-off tripod aesthetic.

I wanted this film to be something that’s irrefutably queer but also undeniably accessible.

What are you planning next?

I’m taking a leap and creating something longer. I’m currently developing my first feature film as a writer-director. It’s called You Cannot Erase Me. I’m in development on that and we hope to film sometime in 2021.

See You Soon is one of the many great projects shared with the Directors Notes Programmers through our submissions process. If you’d like to join them submit your film.