A girl returns to her car after spending the day with her friends but when she moves to start the engine, she finds it filling up with water. Using the metaphor of drowning to explore the helplessness that comes with depression, Descent is a heartfelt mix of practical stunt effects and intimate character work. We sat down with Director Helen Takkin to learn more about this powerful mental health short.

What made you want to tackle the subject of depression in such a powerfully visceral way?

We started completely from the wrong end. Normally, I wouldn’t develop stories like this, but one of my best friends is a stunt coordinator. As we had a lot of free time due to the epidemic, we started thinking of ideas we could do in our own time that would interest us visually. My team consisted of a cinematographer, production designer and two producers. We started thinking of things and arrived at an image of an actress drowning in a car set in an urban area where people are walking by. I’ve struggled with depression for most of my life, so it was in the back of my head.

How did the metaphor of drowning come about?

One of the hardest things to do is explain to your family and friends what you’re feeling when you’re depressed. In therapy they suggest that you use metaphors. Drowning is something that everybody can understand. The feeling of hopelessness from drowning is similar, so that’s why it’s a good metaphor. 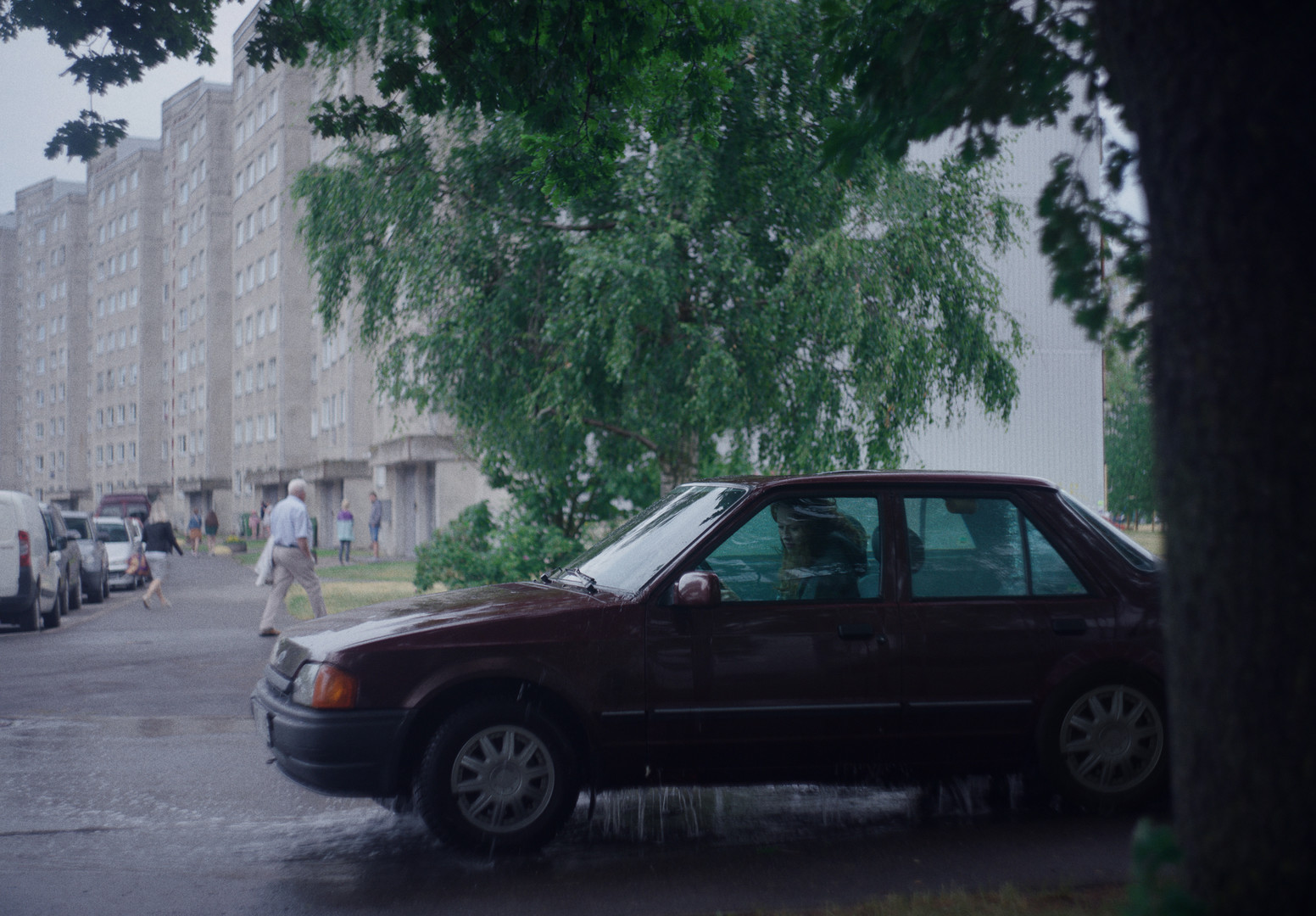 Why did you choose an older car for this film?

One of the reasons was because we operated on no budget, so we needed to find an affordable car. Another reason was that we liked the aesthetic. We wanted to have something that’s not too old but at the same time would have some wear and tear. We wanted to give character to the actor in the sense that’s she’s in a place in her life where she doesn’t care about the things around her too much.

In therapy they suggest that you use metaphors. Drowning is something that everybody can understand.

Walk me through the technical challenge of the film?

We dismantled it, made it as waterproof as possible, filled it with silicon and put it back together. The car doors were welded shut so they wouldn’t give in to the force of the water. Then we put a special connector in the back of the car where you could connect a fire hose. Then we had a voluntary fire department truck on the set, so they could pump water into the car, but we could control the speed and level of water.

Were they also on hand to make sure nothing went wrong as the doors were welded shut?

The car had a skylight! So we entered and exited the car through the skylight. It was very easy for our actor Henessi Schmidt to stand up and get out of the water. She also went through diving classes and we had a safety diver on the set as well as an oxygen tank underneath the seat. 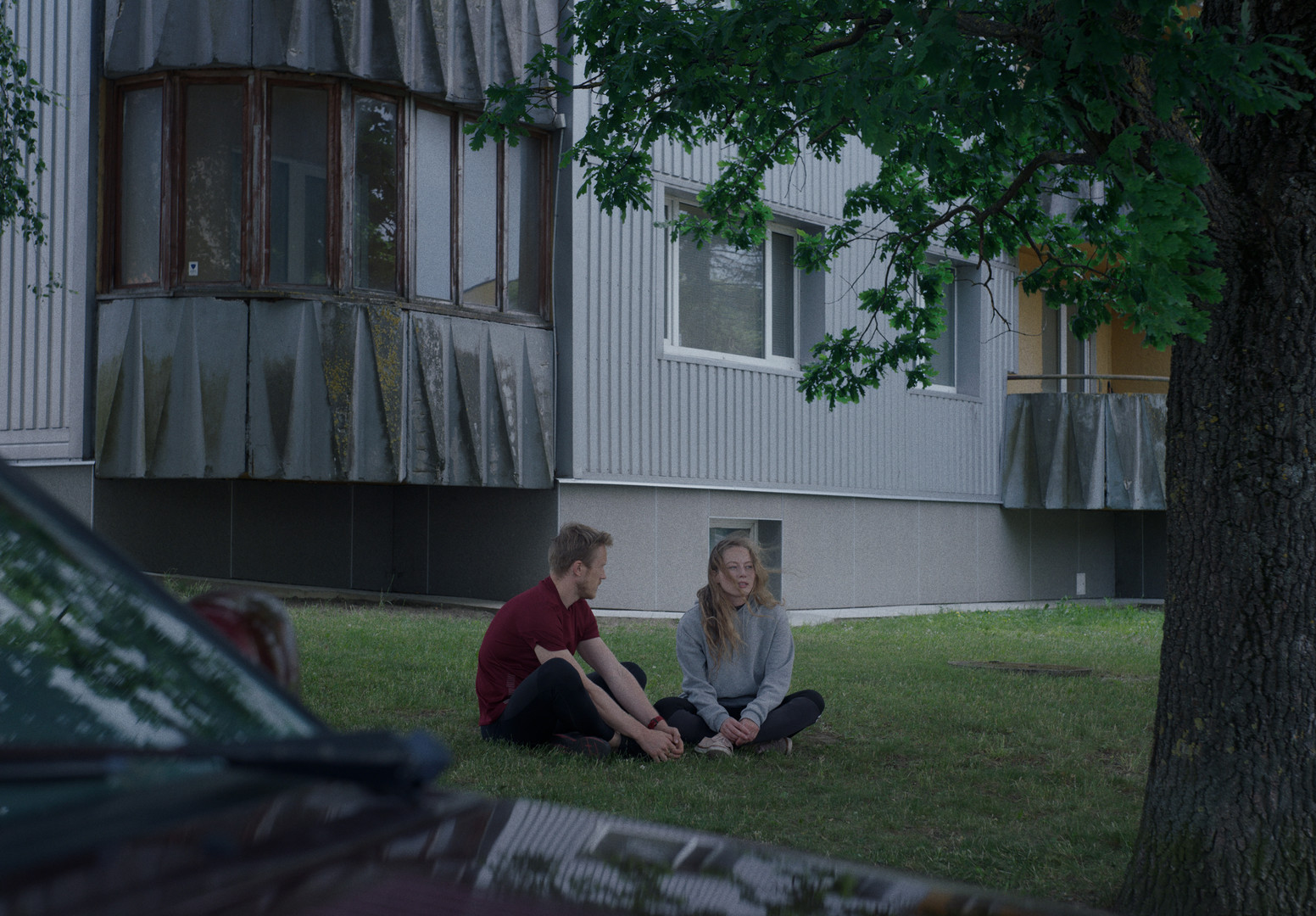 The film opens on the car as if to stress how insulated she is from the rest of the world. Was this a conscious decision?

Exactly. We begin closer where we’re inside the car together with her as she starts developing the panic. Then we start going further and further away from her as she’s drowning. That’s another conscious decision we made with our Cinematographer Meelis Veeremets. We didn’t frame anything to show the spectacle of water. We tried to frame everything in a way that we could shoot her without water as well.

There’s also this knock on the door by her friend, which quickly jolts her out of her own headspace. Did you want this to be a quick transition?

Originally, we planned not to have the knock there but that instead he would break the glass and the water would pour out. However in editing we made the decision that it’d be too much, too theatrical so, as we filmed the knock as well, we opted for that. We felt it was more of what we needed. With the knock she comes back to reality.

Why did you situate this story within these apartment blocks?

I’m a big fan of Soviet brutal architecture. We wanted the location to have some type of familiarity but at the same time to have a coldness so the environment would tower over her and illustrate the cold world around her.

The heartbreaking part for me is when she tells her friend she can’t make the party, claiming that she has to work. Do you think when it comes to talking about mental health issues it should be easier to be more honest?

With this specific scene she made the call in order to talk to somebody, but as the person she was calling was in a party, she made this decision that it’s not the right moment. This is something I use myself in order not to meet with friends. “Sorry, I have to work” is something that felt very logical.

This is undoubtedly a very personal story for you.

Yes, I’ve struggled with depression a long time. Accidentally, the people in my core group of the film are my best friends, and they have struggled through that, learning how to deal with helping me. We felt that it needed to be told.

We have to keep in mind that it’s always harder to face problems alone.

The funny thing is that after the film came out, strangers started writing me very personal stories about their lives and how seeing this film and showing it to other people has helped them to explain their situation.

The film ends with text telling people to reach out to those who might be drowning. Did you feel it was important to end with a call to action?

The idea was to give a ray of sunshine in the end. I felt that only showing them talking might not end it on the right note. I wanted to give a solution, so the text helps with the deliverance of the message. It might not fix everything but it’s a start. 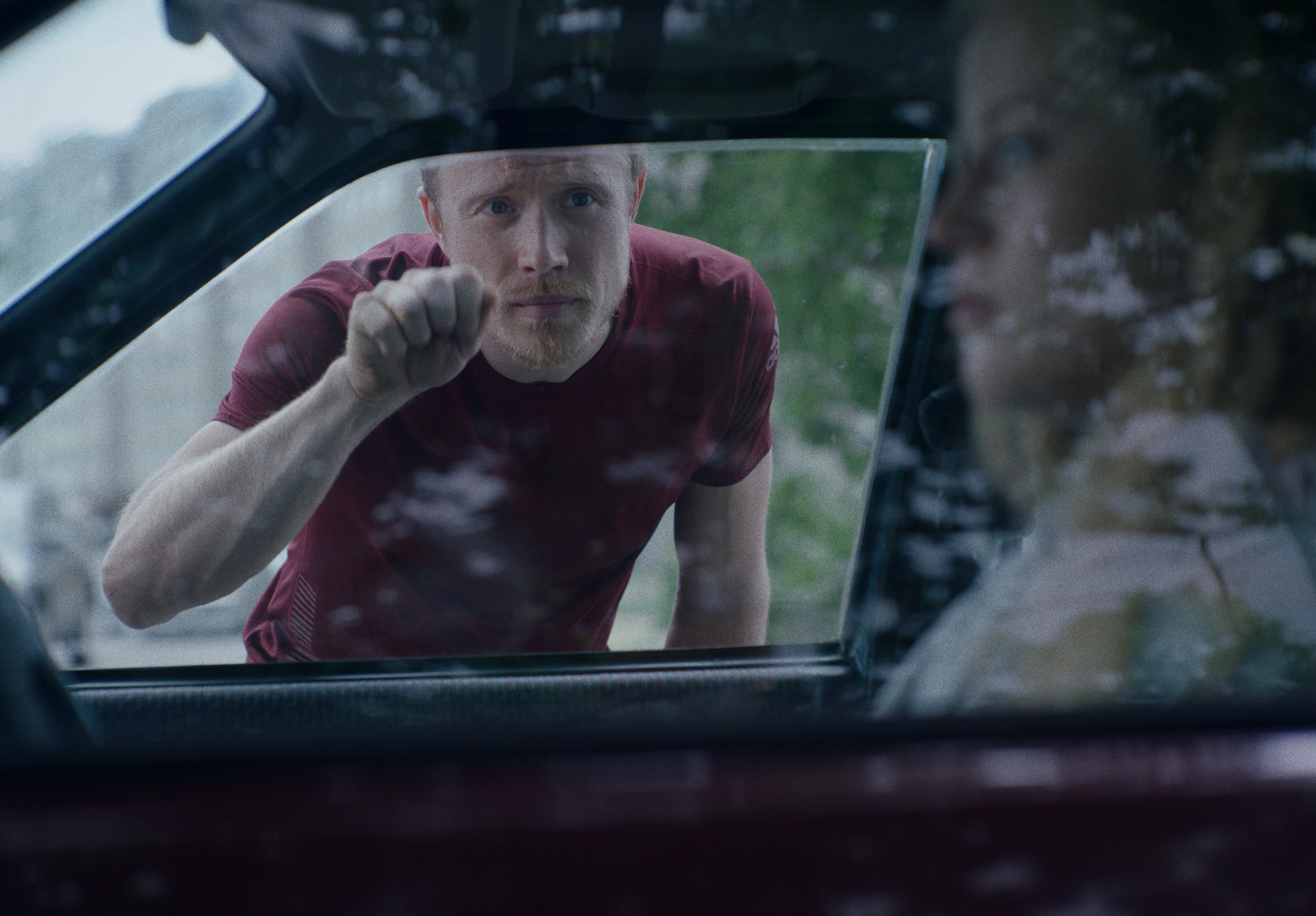 How important is it to reach out and have these conversations with friends?

I think it’s very important because we have to keep in mind that it’s always harder to face problems alone. It’s better to discuss things with people you trust because sometimes it can offer a point of view you haven’t thought of.

After the film came out, strangers started writing me very personal stories about their lives.

I’m developing two stories that will hopefully end up as feature films one day. Most of the time I’m working on commercial films. Right now I’m on a reccy for one of them. Also, while we were developing this story, we got a lot of other ideas, so I want to continue making these small films that talk about issues that are close to our heart and that are also more experimental. To do that in our free time would be great!