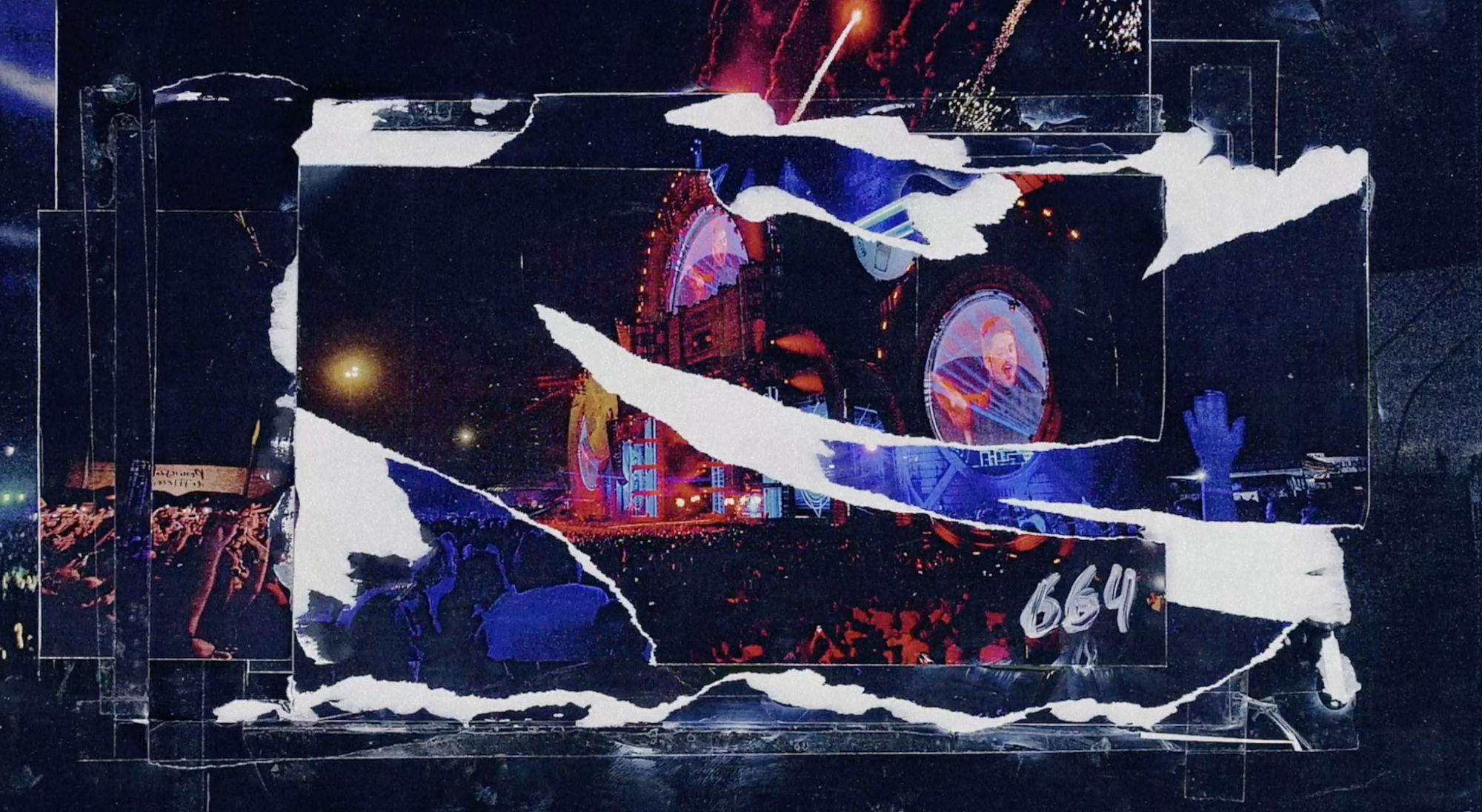 There are numerous past joys that we’ve had to forgo in our socially distanced present but for many, chief amongst them is the thrill of being part of a roiling live music crowd. A scenario that directing brothers Gabriel and Sergio Twardowski are intimately familiar with having accompanied and captured Brazilian DJ Alok’s sets across the globe for the past four years. Confined indoors due to Brazil’s coronavirus lockdown measures, the brothers set themselves the mammoth task of excavating 30 terabytes of material to craft a stop motion gift for Alok and concert fans alike in Alok Memories. Feel the vicarious thrill of live music again after which Gabriel and Sergio take us through their painstaking process.

We’re Sergio Twardowski (31yo) and Gabriel Twardowski (24yo), brothers and Brazilian based-film directors. In addition to our advertising work, we’ve accompanied the artist Alok on tours around the world since 2016, capturing material for his advertising, music videos, public actions, TV series, etc. During quarantine in Brazil because of the pandemic, it was a time for us to rest from the routine of shows and organize our files of the last 4 years.

We wanted to make a new movie using these old files, so we started searching about 900 hours of images (30 terabytes divided into 14 hard drives) looking for similar characteristics between the clips to see if it would be possible to execute a project in this sense.

In this two-month study, we realized there was a geographical and photographic pattern in the shows: the artist was always in the same positions (he is a DJ) and our camera movements were very similar. So, the Alok Memories project was born and became a gift for fans who are in need of shows and for the artist himself who was able to celebrate his last years of shows.

We realized there was a geographical and photographic pattern in the shows.

We decided to do something alive and energetic, highlighting the large number of shows and telling a story with them. Then, we drew the possible paths with the selected frames. The only way to know which one worked was to test it from beginning to end. There were 14 tests until we reached the best one.

When we had the film ready, we realized that it didn’t give us the feeling we wanted. Our solution was to bring in a ‘material’ texture layer. So we printed all frames on A3 sheets on the cheapest paper, bought a cutting base and made a template for the sheet to fit. This was done so we wouldn’t need to find the position each time in the printed material. Just insert the sheet, cut and paste. As the paper used was simple, we sanded the edges to give a printed photo paper look.

Finally, the stop-motion took 6 days. We used the Panasonic Lumix GH5s, the same camera that we used to record most of the scenes we researched. We connected the camera to the LUMIX Tether which enabled us to do all the setup and take pictures using the computer.

Altogether we had more than 100 working days between pre-production and completion, more than 1000 impressions between tests, failures and successes.

With the sound design and mixing leads Mateus Polati and Jimmy Gressler, we sought to use audio to tie the narrative together and bring the listener into the universe of the film, within the shows we are showing. In it, we tested several options with Alok songs, tracks produced with elements of them and tracks external to it, until we realized that classical music would tie the film as needed and would be a good solution for referring to the public’s memories and having the energetic rhythm, with pauses and ups, to represent the more than 10 shows that we were using per second.

We decided to do something alive and energetic, highlighting the large number of shows and telling a story with them.

In addition, using a classical score and not Alok’s, meant that we would be able to extend this tribute to the audiences of other artists, while following the same path of their releases as the song Symphonia, in which he uses samples from the classic Sinfonia n.º5, by Beethoven. So, together with the audio leads, we chose the 3rd movement in the series Four Seasons by Vivaldi, dedicated to spring and moments of renewal. The track has undergone a lot of editing to adapt to the rhythm of the film, mainly due to the fact that the beat is slower and more delicate.

The sound design was created to balance the freneticism of the frames with the chosen track and uses diegetic elements. We ended up creating smoother and fewer cut transitions to follow this environment. In its construction, we thought about the possibility of creating a greater sound immersion by tying it to the motion of the film and thus bringing more life and dynamics to the final piece.

Alok Memories is one of the many great projects shared with the Directors Notes Programmers through our submissions process. If you’d like to join them submit your film.