Inspired by the El Gordo lottery in Spain, Jara Moravec’s enchanting music video for Never Sol’s Leon follows a mysterious woman who arrives at a remote town and begins to share her wealth with the local community. Moravec’s video responds to the dreamlike quality of Never Sol’s song by grounding it in a simple narrative with enough breathing room for artistic interpretation. An impressive feat of music video creation which DN is excited to premiere today, we spoke with Moravec about his creation, working with Never Sol and the inspiring involvement they received from local residents.

How did you develop the idea for Leon with Never Sol?

The initial brief for Leon was very broad. When Sara (Never Sol) told me about her new track, she mentioned big, universal themes; freedom of will, victories and failures followed by our determination to get up again. I wanted to ground those concepts into a more linear narrative. I also wanted to offset the quite heavy sound of the track with something lighter, poetic, hopefully even humorous.

Lottery seemed like an interesting vehicle that could show the highs and lows of human nature in a playful way. I started researching this theme and found an article about a small Spanish town winning the El Gordo lottery in 2016. El Gordo is the biggest lottery in Spain announced around Christmas. Interestingly, the tickets for that lottery became very expensive because the Spanish government wanted to regulate gambling. That had an interesting consequence, whole communities and towns started putting money together to buy one ticket. It became a social phenomenon. The prize is eventually divided evenly to all who chipped in. It’s a fascinating story on its own.

I wanted to offset the heavy sound of the track with something lighter, poetic, hopefully even humorous.

I personified this award into our main character, a mysterious woman who arrives in a town giving away her wealth. While the film is fairly straightforward and easy to follow, it also asks a lot of interesting questions about human nature, our desires, our greediness, our ability to sacrifice for others, and our value system in general.

The locations feel integral to the video, could you talk about why you decided to use them?

Our goal was to create a sense of magic that is inherent to the whole environment without being too dark. I was interested in mystery happening in broad daylight. Wim Wender’s Paris, Texas was a big reference point. The location also needed to be a kind of forgotten, old place that contrasts with the big-city attire of our main character. We spent a fair amount of time researching southern parts of Europe, especially Italy and Spain and quickly agreed that rural Spain fit our story. We flew to Spain four months before the shoot and drove through pretty vacant villages in Andalucia looking for a place that had this charm. We eventually shot in three or four towns not too far away from each other.

How tricky was the shoot? Were there any cultural barriers in attaining certain elements of the shoot?

Filip Marek (DoP) and I wanted to experiment with a much simpler set up than we usually work with. We shot with a 16mm camera on a tripod with a skeleton crew, essentially running & gunning the entire time. We had two days for the prep and four days for the shoot. As we were shooting in early March, the sun was staying low in the sky but more importantly, we were lucky with blue sky and no clouds. We scripted some interior shots, brought a lot of props with us for those stylised still life shots and then left a lot of room for improvisation.

To establish the story we needed a hotel where our character stays and a car that she drives. We weren’t able to negotiate anything solid during our scout so that was my main concern flying back again. There was a total cultural barrier, people had a hard time understanding what it was we wanted from them. It felt like we were in pretty uncharted territory when it comes to shooting and I cannot thank enough Lud, our local producer, for all negotiating she did.

We had to figure everything out in those two days before the shoot with very little room for any errors because we had no backups. But we were lucky, everyone we encountered was extremely helpful, it was uncanny. I have to say it was one of the most relaxed and fun shoots I have done, we were totally free to do whatever we wanted and the whole environment was so photogenic – you pointed the camera in any direction and you had interesting characters walking by all the time. We were just running around, jumping on people and asking to shoot a little scene with them.

The word spread around this little town. A local waiter offered for us to shoot any of his animals including snakes and reptiles. When his shift was done, he brought a hawk. We wanted to shoot a scene with fireworks and there was a local festival in our little town brimming with fireworks. Magical things started to happen on their own. 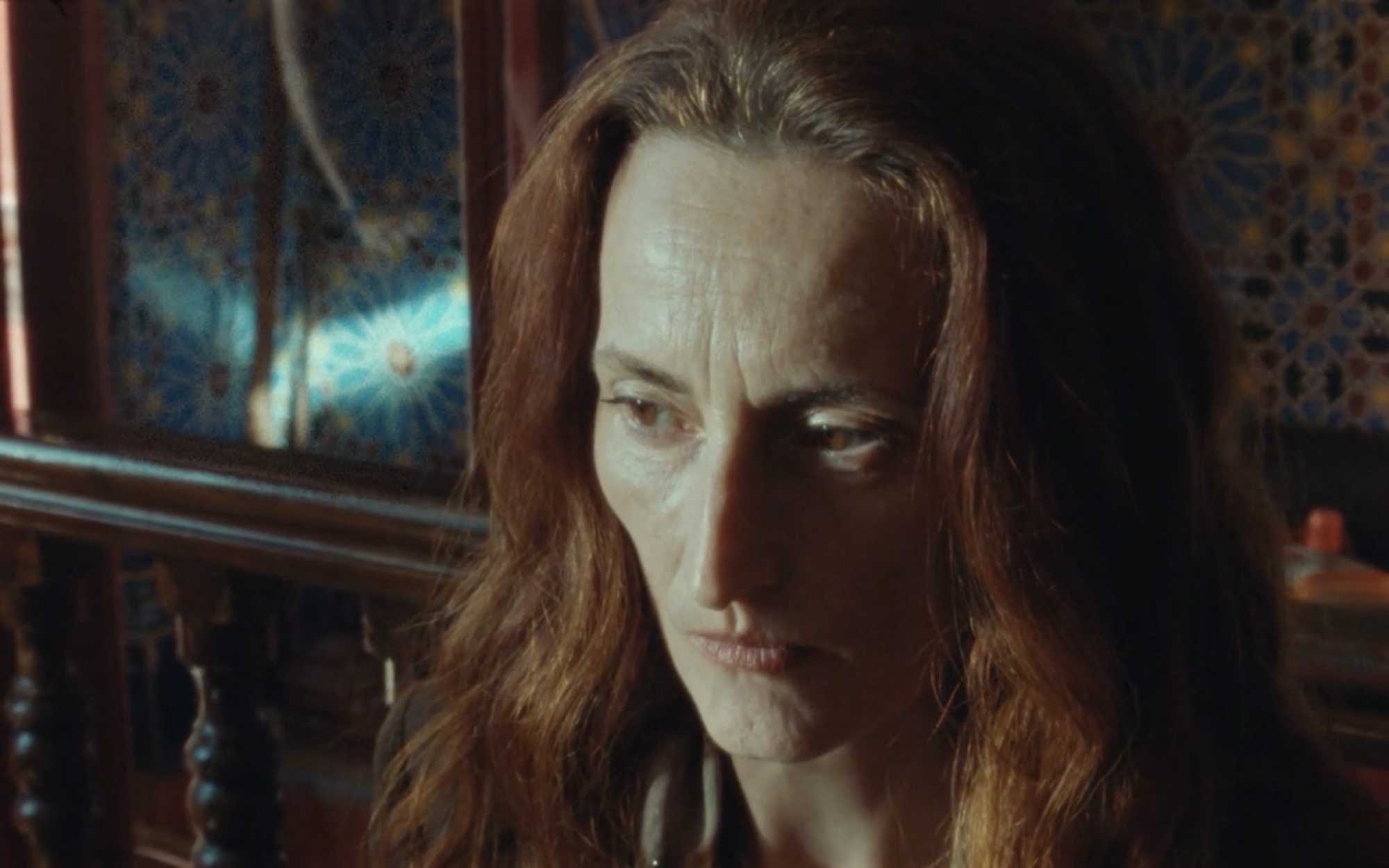 That’s awesome! Your key actress is great too. How did you work with her to establish her presence in the town?

Working with Rachel Lascar was just incredible. Rachel is an established actress and has a tonne of experience shooting TV and movies. She turned out to be an amazing liaison when she explained over and over to all those unsuspecting people what we were doing. In a way, her talking to people off camera overlapped with what we actually shot.

The slow pace of the narrative part contrasts nicely with something visually stimulating, maybe even little invasive at times.

We were shooting a lot of material, one, two takes at most. It was challenging to keep track of where she’s at in the story. I wanted to show her burden easing throughout the film as she gets rid of the money so we were constantly trying to put our shots on that timeline and have her act accordingly.

What inspired the visual photo-like effect you used?

This ties back into the theme of a lottery but also to all those slot machines that we saw in Spain. The big inspiration was old Mexican lottery cards that were meant to be a part of that section but never made it into the film. The slow pace of the narrative part contrasts nicely with something visually stimulating, maybe even little invasive at times. This gives the film a certain rhythm. It also paints a wider picture of the world of Leon.

How has the pandemic affected your journey with Leon?

That’s an interesting question actually. We were so lucky with the timing. We booked our flights before the pandemic for the first week of March. We left for Spain without much thought about it. While we were shooting, we kept reading all those news articles about this new pandemic hitting Europe. We flew back on Thursday. On Friday Spain declared a state of emergency, shutting everything down. On Sunday the Czech Republic closed its borders. So yeah, it was very tight.

Looking ahead, what’s next for you?

I have one more short film to release in a month or so and then I want to focus on writing this winter. I would love to shoot more music videos too.

Directors Notes is honoured to present the premiere of Leon on our pages today. If you would like to join the filmmakers sporting a fetching DN Premiere Laurel, submit your film now.