Chloe Sarbib’s coming of age LGBTQ short Girl Friend is a great example of letting the story speak for itself. For such a young director, Sarbib isn’t heavy-handed or too camera-conscious in telling the beautifully subtle journey her characters go through. Instead, she channels Andrea Arnold in telling a sombre and emotional story with a free-forming camera that captures those seemingly unpredictable moments of newfound jealousy, and the heartbreak of potentially losing a lifelong friend. DN is delighted to both premiere Girl Friend today and speak to Sarbib about developing her personal cinematic approach.

What inspired you to tell such a personal story between two people?

During my freshman year of high school, my best friend, who was questioning their sexuality, was adopted by a group of power lesbians. They were all very close friends and romantically entangled with each other. I ended up de facto part of it, too, even though sex in any form terrified me at the time. But as a result, queerness came to represent a kind of sexual maturity, a clarity about who one was that I didn’t yet have.

As I began making and writing films, I imagined Girl Friend as a way to represent queerness on film that wasn’t about its most common trope: the coming-out struggle. I imagined a feature film about the end of a young friendship, about how sometimes, you have to grow apart to grow up. What if the more mature member of the friendship started dating an older woman, instead of an older guy? I loved the way that would complicate the rituals of young female best-friendship: sleepovers, closet merging. When your best friend suddenly starts doing all the things you do together with her romantic partner instead, it can confuse the line between close female friendship and romantic love. 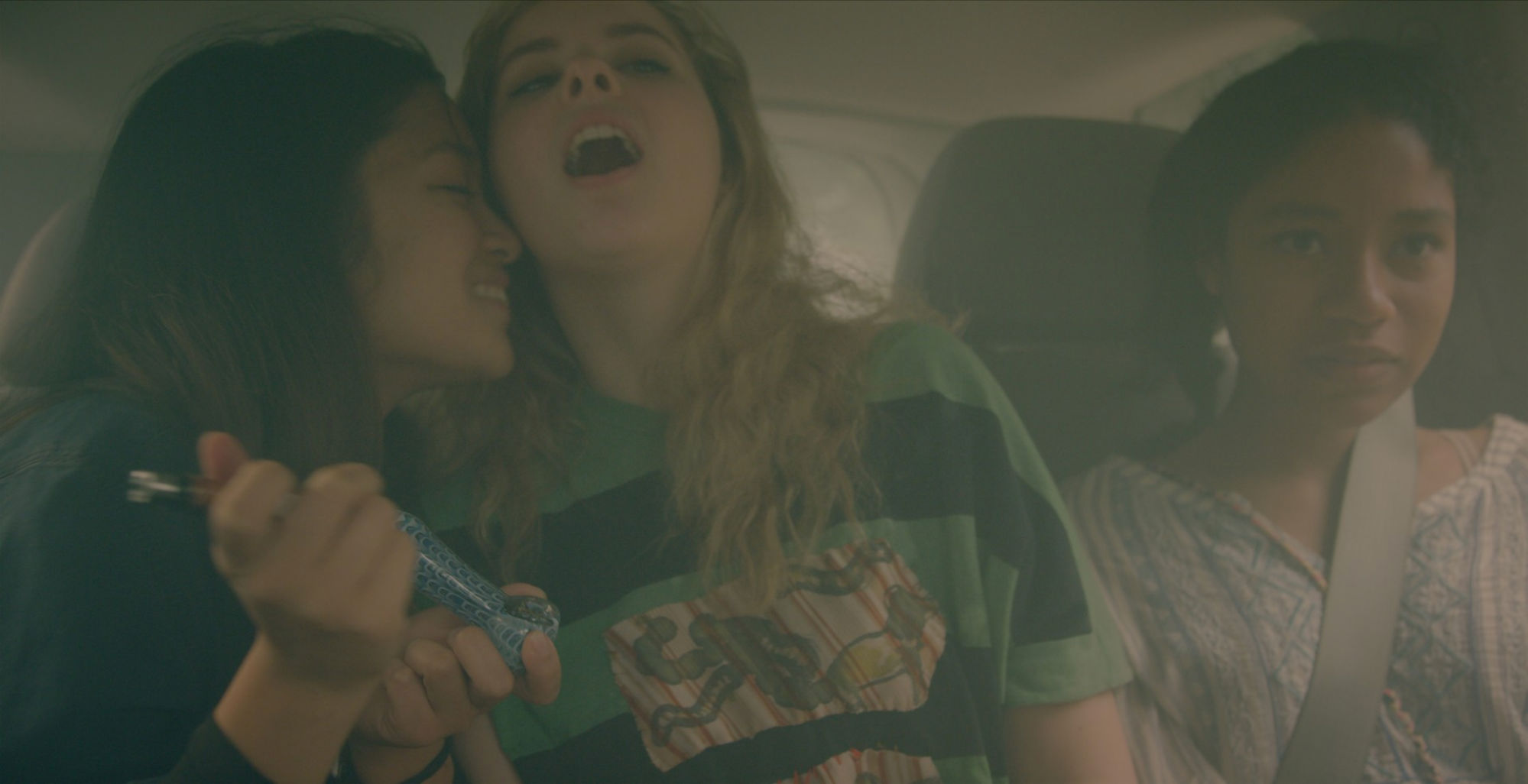 Did those complicated relationships inspire you to develop the characters?

The characters in this short are extracted from that feature screenplay about two close, childhood best friends. When one of them, Farris, starts dating someone and starts growing up faster than the other, Sophie, the protagonist, envies Farris’ girlfriend and just wants things to go back to the way they were. That love and possessiveness of Farris, along with Sophie’s inexperience in romantic love, make her question whether her platonic love for Farris is really platonic after all. I hope to make the feature someday because there’s so much more room to explore all the nuances of Sophie’s assumptions and behaviours.

I imagined Girl Friend as a way to represent queerness on film that wasn’t about its most common trope: the coming-out struggle.

I was amazed at how much I was able to convey in this short by limiting myself to one afternoon in these characters’ lives. The short version of the script changed a lot from the initial draft. That first draft was very different; the characters went to a big queer house party. But as production approached and our budget needed to stay small, I completely rewrote the story to centre around that crucial high-school location: the upperclassman’s car. I’m happy with the way it ended up streamlining the short.

How did you bring on your key collaborators for this project?

I was lucky to have key collaborators on board from early on. Daisy Zhou, our incredible DP with whom I’d worked before on a short called Go Tell Your Fathers, signed on months ahead. I also had Gina Hackett and Lauren Lopez de Victoria attached to produce. So, pre-production was all about casting and location scouting. I knew it would be all about the chemistry between the actors and the life they brought to these characters.

The characters are definitely the most integral part of this story. Was it a challenge to find your leads?

The casting process was a huge and fun undertaking. I knew I wanted to work with teenagers, and at one point I wanted to shoot the film in DC where I grew up, so I held a round of auditions at my old high school. Once I settled on a New York shoot, we contacted NYC arts high schools and put up flyers on college campus in addition to the usual online postings on Backstage, etc. We collaborated with Cameron Bruce Nelson, whose excellent film Pillars I was producing at the same time because he also needed young female actors, and we’d have long and involved sessions where we were able to have the actors audition for both films and also improvise, read opposite one another, etc. There’s so much young talent in NYC, and this way I was also able to see an incredibly diverse group. Once I had the teenage cast, I was then able to find Young Sophie and Young Farris. Talent was most important in casting them, but I also wanted them to resemble their older counterparts, at least in spirit. 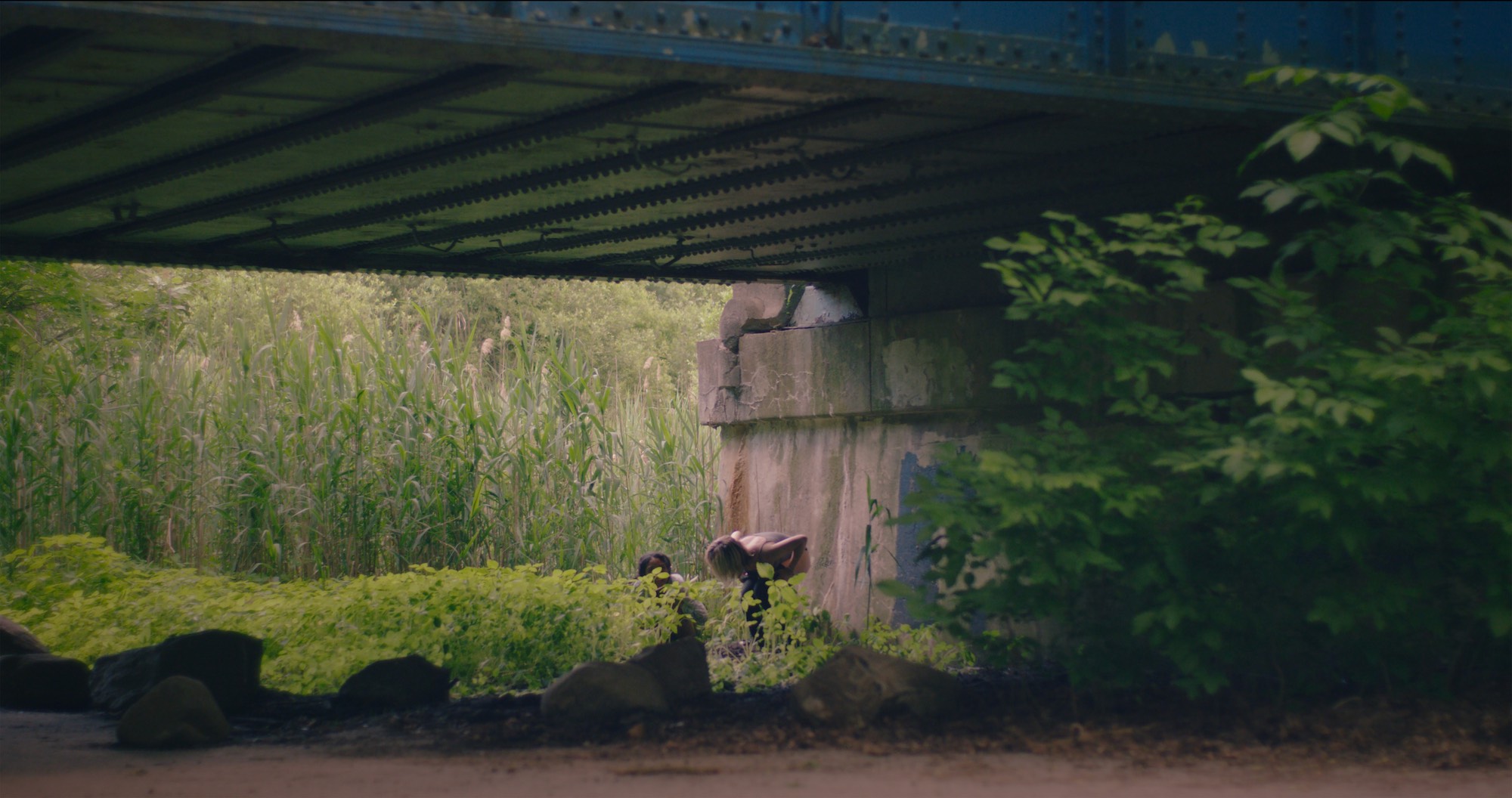 I was also struck the naturalism of the film, it feels real between these characters. How did you look to do that from a visual perspective?

I wanted to shoot outdoors and use natural light, and I wanted the film to feel suburban, rather than obviously identifiable as NYC. I scouted on foot, sometimes alone and sometimes with Daisy. We ended up finding incredible locations across Ditmas Park in Brooklyn and Van Cortlandt Park in the Bronx.

Once we had our amazing cast, I invited them over to my apartment for takeout and an L Word watching session. We then had several rehearsals that were half-hangouts, I wanted the cast to feel like friends and be comfortable with one another. I spent extra time with Naomie and Sabrina to work out the intimacy between those two characters. There was a lot of mutual trust and affection by the time we got to set, which made everything much more fun.

I feel like, given the lo-fi nature of the production, you must have some interesting on-set stories?

The film was made on a tiny budget, and as always, there were challenges. We had a four day shoot in June 2017, and because of the way the schedule worked out, we had to move between deep Brooklyn and the Bronx, which ate up a lot of time. One day, our car broke down inexplicably for several hours. My favourite story is from a day when we were shooting outside all morning and had ordered box lunches from Subway. When we arrived to eat them, I caught a very crafty Bronx squirrel in the act as he was stealing an entire six-inch sub. I couldn’t believe he could even carry it in his mouth. Still don’t know how he opened the box! I wish I’d gotten a photo. It’s the only shot I didn’t get on Girl Friend that I regret to this day.

The film feels almost like docu-fiction but every camera decision was quite deliberate.

Despite the hiccups, my memories of this shoot are great. Every actor; Naomie, Sabrina, Giovanna, Chloe, and Lee showed up with 100% every day. I loved my collaboration with Daisy. Sometimes we productively disagreed but usually, we were completely in sync, which is crucial for a film where the camera is so loose. The film feels almost like docu-fiction but every camera decision was quite deliberate. She was great at silently communicating with me and at following her own impeccable instincts in shifting focus when something unexpected happened onscreen. Most of the film is shot handheld or shoulder-mounted, and Daisy was a beast, carrying the built Red Dragon for hours. The day we shot the scene under the underpass, she was wearing these slightly heeled black boots as we followed the action in the mud and didn’t miss a beat, which amazed me. All of us ruined our shoes, including the actors, which I still feel bad about. 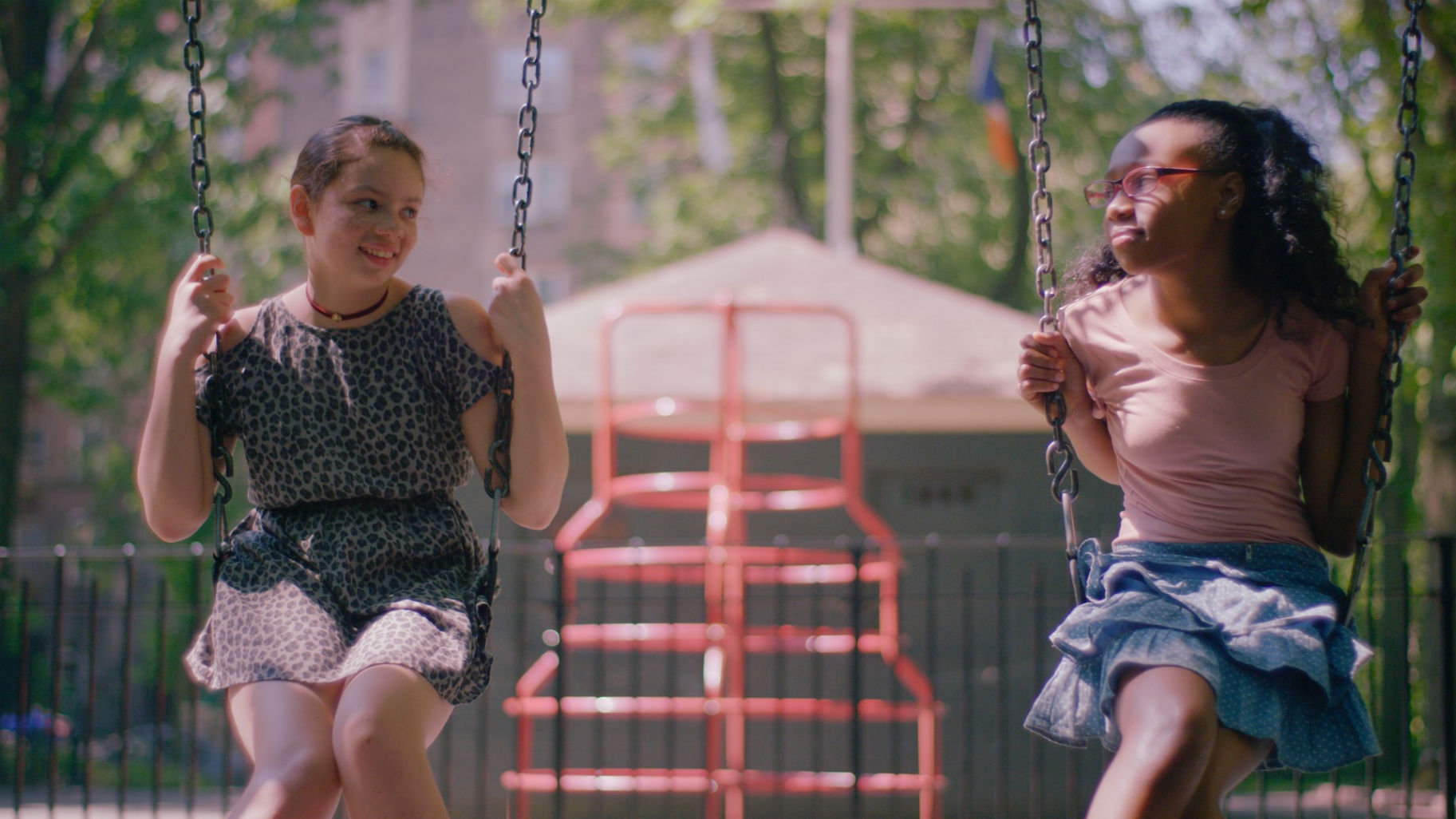 What was it like working with the younger actors, did they require much direction?

Shooting with Angelina and Kayciblu was such a joy. I’d never worked with kids before and they amazed me and seemed to become best friends instantly on the day; there’s so much great footage of them that didn’t make it into the movie. Madeline Wise and I just couldn’t get enough of them. Another highlight was when the older girls got to meet their younger selves between shots.

How did you find piecing it all together in the editing room?

I often have a very specific idea of how I want the film to be cut when I’m directing, as was the case here. Sophie’s feelings for Farris; intense and intimate, but not quite romantic had to be conveyed mostly through the edit. Though the camera feels relaxed and free in much of the film, the non-verbal moments are carefully chosen. I’m also an editor, and I cut this film myself. The film was my first-year project for Columbia and I was up against a deadline after a trip abroad to present the film to my professors. So, I finished the first cut in just three days. I then continued to cut for a few months, locking picture in early 2018. Though I did make some significant changes, a lot of that initial instinctive cut remains. The beautiful colour is done by Mary Perrino. She had a wonderful cross-processing idea that I loved, and that helps to give the film its slightly nostalgic look. Because we were shooting outside a lot of the sound was rough coming in. Jordan Eusebio, our sound designer, did a stellar job both smoothing out some tricky issues and building out a sonic world that makes the film feel full and alive.

Directors Notes is honoured to present the premiere of Girl Friend on our pages today. If you would like to join the filmmakers sporting a fetching DN Premiere Laurel, submit your film now.