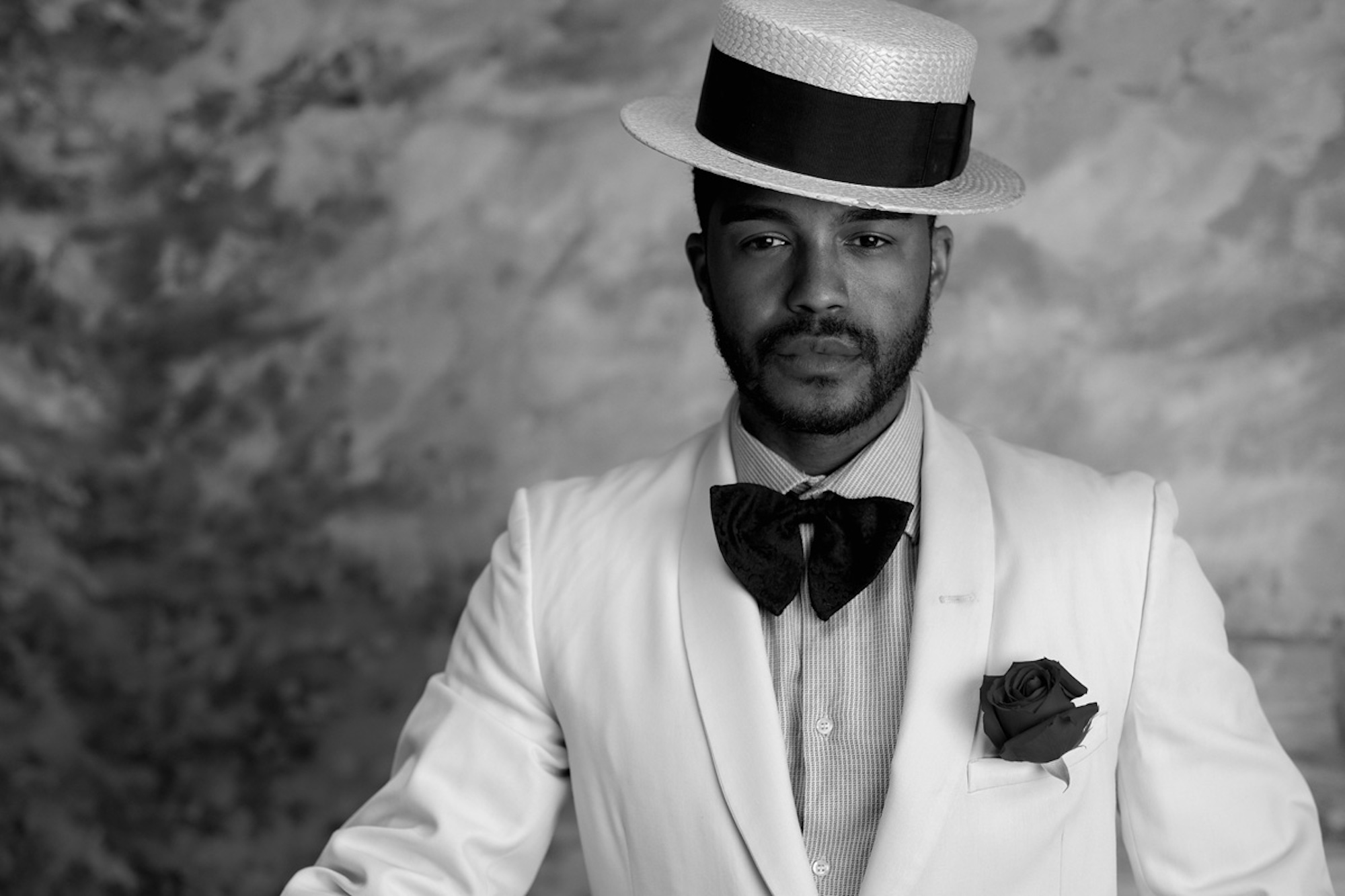 What is in the colour black? Is it even a colour? Or is it an idea? These are the questions posed by Andy Hodgson’s El Color Negro, an expressive montage of finely rendered portraits combined with philosophical dialogue. Inspired by the recent resurgence of the Black Lives Matter movement, his film goes beyond Western conceptions of Blackness to truly interrogate what it means within a global context. We talked to the director about creating backstories for his characters, being inspired by classic speeches, and growing up in the midst of a revolution.

What’s the idea behind the film?

The recent events happening with the Black movement in the USA. I wanted to do something that wasn’t going to bombard you with media and facts like everybody else was posting. I thought of how I could explain something in a different direction or tone. Because I’m a cinematographer, I deal with a lot of lighting and colour. So I thought: “Let me start researching what the colour black ‘really’ means.” Not the colour black in terms of race or skin tone, but just black in general. It came out as part of my past. I was raised in Central America, my biological father is a Black Central American, and I saw a lot of racism and discrimination happening there throughout the 80s. It still happens. I wanted to have a way to talk about the specific things that are happening around the world right now, especially with racism in the United States.

I wanted to go back to 100 years ago and look at Black people and how empowering they were.

The texture of the black and white images aren’t like those you’d see in a conventional old film. It has this kind of washed-out sepia tone. Did you think a lot about the kind of look you wanted to have?

Yeah. I’ve been a cinematographer for the last seventeen years and I didn’t want your traditional black and white. While working with Sam Gilling, a very good colourist out of Vancouver, I wanted to give it that slight blueish hue so it would stand out a bit more. What also helped with the black and white is choosing to shoot in a 1920s kind of look. 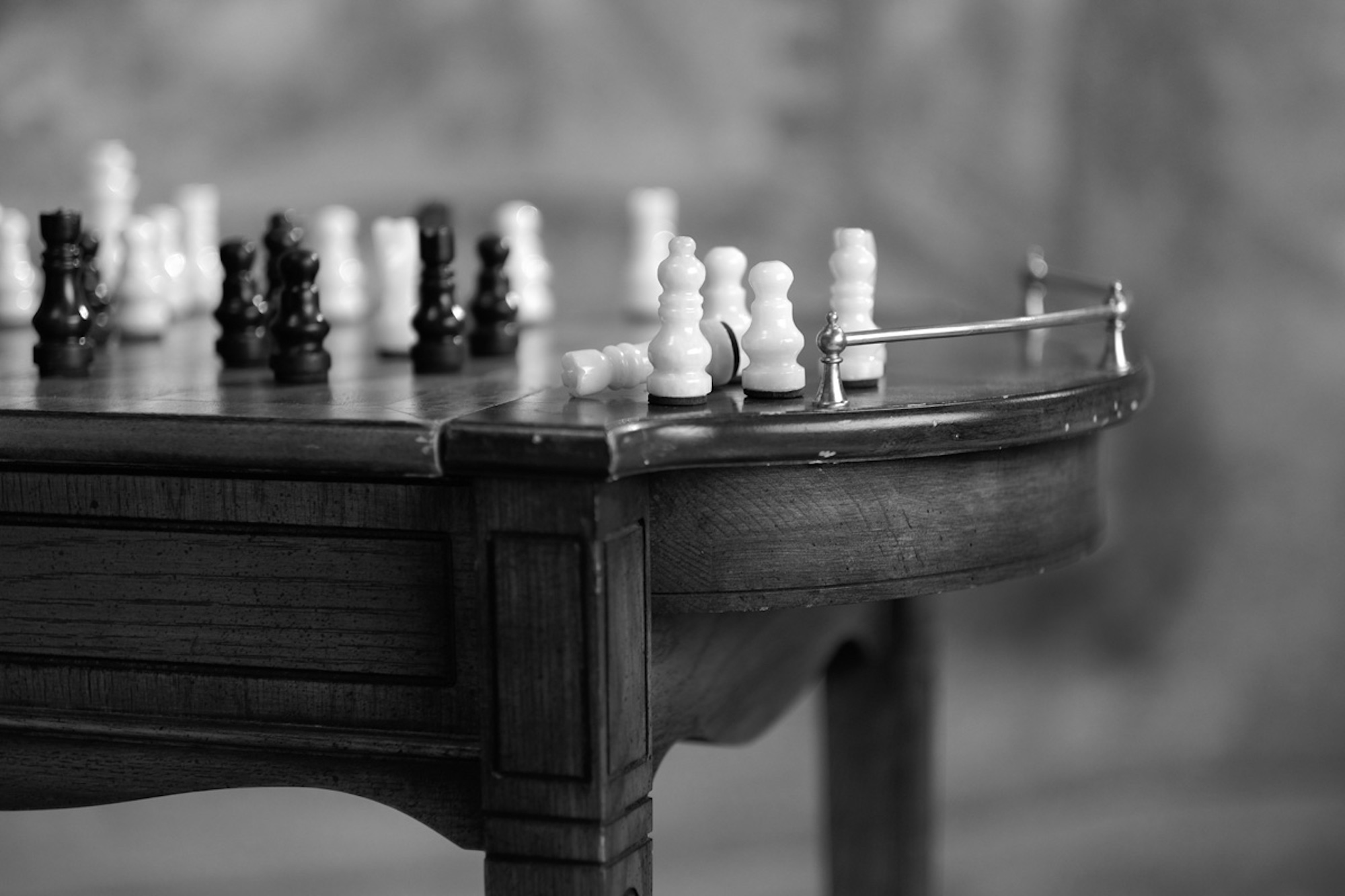 Talk to me about the costuming. What was the idea behind those types of clothes?

I felt personally that the roaring 20s were an inspiration for Blacks. They started opening little speakeasies and businesses; I wanted to contrast that with what we are talking about now. I wanted to go back to 100 years ago and look at Black people and how empowering they were. When my actors came in, I explained to them: “You’re the owner of this brand new speakeasy” or “you’re an up-and-coming jazz player” or “you’re a poet”. This was to give them that feeling that Black has always meant empowerment.

What other guidelines did you have for your talent?

The narration has a lot of reverb and echo, giving it an old-school feel. What led to that treatment of the audio?

I grew up during the 80s during a revolution. A lot of my influences were Che Guevara and Fidel Castro. I wanted this retro feel as I remember being in the central plazas of Central America, hearing these amazing speeches through these sort of crackling speakers. I wanted to go back to that as if it had been Malcolm X giving a speech in this echoing arena. The sound designer, Noah Valentine Meyer, did an amazing job. We almost had crowd sounds in the voiceover, but I thought it might have been a little distracting. In directing Caitlin Stryker, one of the actresses in the film, I sent her a bunch of references. Just these sort of speeches that Malcolm X would give to large crowds. We bounced back and forth off that.

I pieced sentences and words together like a jigsaw puzzle.

Malcolm X speeches have a lot of great rhetorical flourishes. Was that an inspiration in the voiceover, as well as any other famous speeches or theories about Blackness?

It’s funny you asked me. My mother pushed me to try and add some voiceovers of famous Black leaders. But I didn’t want to rip anybody off in this piece. The script came about by researching what the colour black meant. Then I pieced sentences and words together like a jigsaw puzzle. Another actress in the film, Rukiya Bernard, is an activist in the BLM movement here in Vancouver. I said to her that I needed to elevate the script. When I was first putting the script together it felt like All Lives Matter, and she made me realise, OK, let’s make this piece Black Lives Matter. My stepfather, who has a thirty year background in linguistics, did the final script revision and put in segments that worked and pushed it forward. It was really a collaboration between me and two others in getting the script finished.

As someone born in Central America who then lived in the Middle East, have you found the way Blackness is defined changes depending on where you are?

For sure. When we talk about Blackness, I do speak on behalf of Black people, but a lot of my experiences in the Middle East, living there for twelve years, was just dark skin tone in general. They’re very racist to Pakistanis, East Indians and Africans there. I think racism is definitely sort of the same but depends on where you go. The racism in the USA is a lot deeper than the racism in the Middle East, and it would be treated differently than in Central America. So I would look at racism not just in terms of black tone and Black people, but also dark skin in general throughout these areas.

This comes through in the casting, with your characters ranging from light-skinned to very dark skinned. Did you want to have a diverse amount of characters? How did the casting process work?

I’m mulatto — half-Latino, half-Black. I wanted to show that it’s not only the darkest skin that people are racist towards. There are light skin people who are still Black that people are very racist to. Black comes in different shades, which comes back to the script. Black is in the same shade as grey and white. So it was important to bring in those tones for my cast, showing that the variation from the darkest skin tone to the lightest skin tone is still Black.

As for the casting process. I’ve got to say that in my 17 years of film, it was the easiest thing to do, as I had so much support when I came up with the idea. Working in Vancouver for a very long time, I built my own sort of network of Black actors and activists who are trying to put ourselves in the forefront.

I think the Western world looks at Black differently to any other culture.

For me the film is a critique of a Western conception of Blackness in particular, which has a very particular, negative definition when it can in fact mean so many different things.

It goes back to what the Western media puts out about what black is. Always looking down upon Black people in general. So I thought: “Let’s look at what the rest of the world thinks about Black. Let’s look at what they thought about Black back in the day.” I think one of the lines in the film that talks about the Nile being fertile and the black colour that comes out of the Nile is a really powerful statement. I think the Western world looks at Black differently to any other culture.

Directors Notes is honoured to present the premiere of El Color Negro on our pages today. If you would like to join the filmmakers sporting a fetching DN Premiere Laurel, submit your film now.