Shark Awards Short Film initially evolved out of its parent advertising festival in 2016. Since then it has grown to be one of the most promising and creative areas of The Shark Awards, so much so in fact, that 2021 will see the vibrant category step out as a stand alone event. A continuously enticing festival, with potentially the coolest award trophy going, Directors Notes had a conversation with Chairman Peter Brady about The Shark Awards’ newest venture, festivals in a post-COVID landscape, and his hopes for the future of the awards. 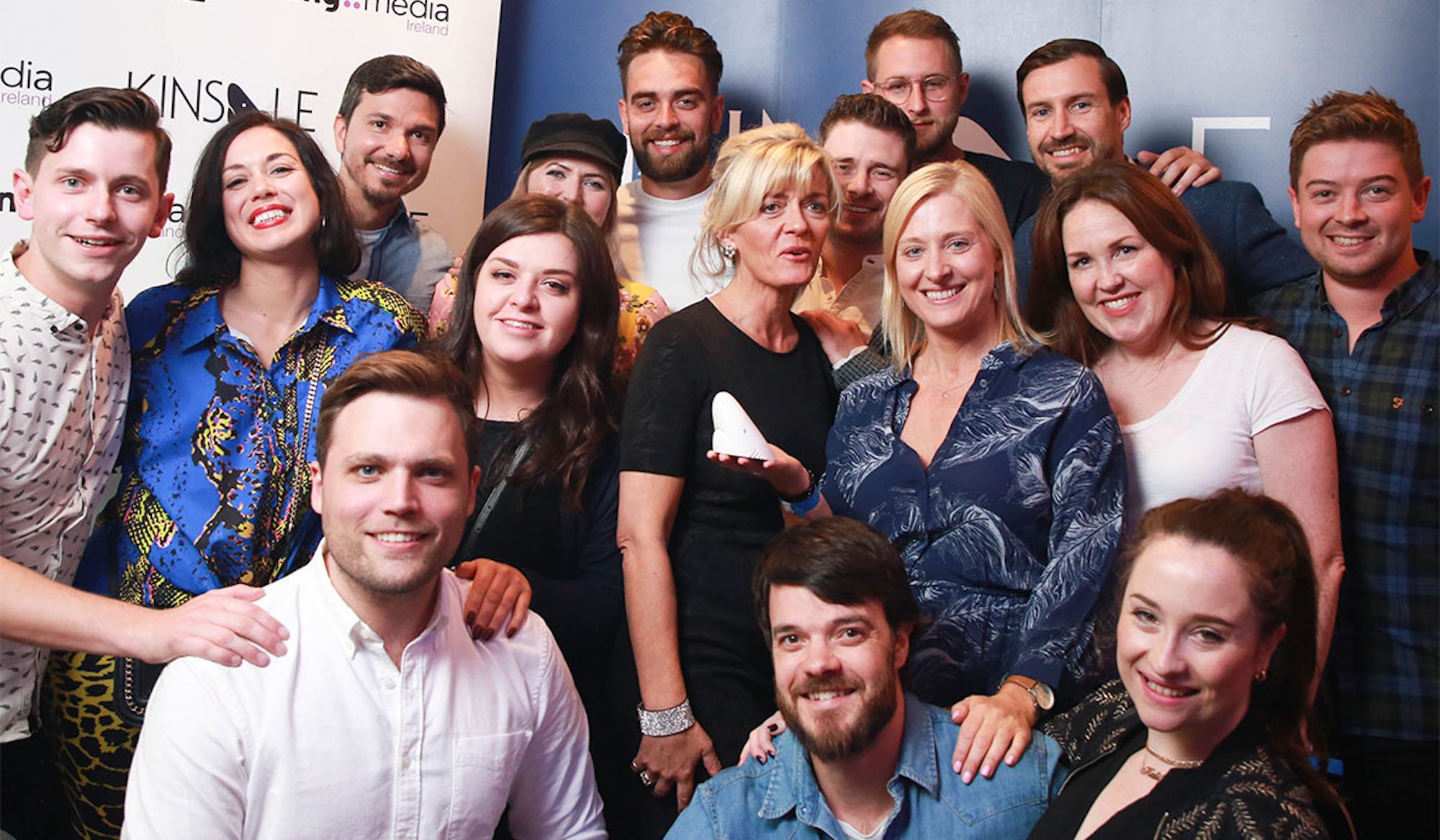 How did you come to introduce a Shark short film award alongside the Shark Advertising Awards?

Over the years we saw there was to some degree a synergy between short film and TV advertising film. This came about when many years back we invited a couple of TV commercial directors who had gone on to direct feature films to give a talk at the Sharks Awards about progressing from advertising to features. They both laid great emphasis on how great a role short film played in their career development. It was more than a first step on the ladder of their career, it represented the real cut and thrust of the film industry. It allowed them to focus on directing and gave them the ability to hand over the other disciplines of camera, lighting, sound, editing, etc. The experience was invaluable.

The short films they produced were primarily aimed at film festivals and the rankings they received gave them the opportunity to promote their craft to a wider industry indeed one that might even pay them for their work. Short film showreels were a great calling card and shop window for moving on to the next stage in their career. So, we thought we could help promote short filmmakers through the Shark Awards. Not only could we give them the opportunity to have their work recognised and awarded we could give them access to potential work in advertising through making contacts at our networking events.Brands are commissioning more and more branded content which requires a very specific kind of storytelling, and so short film awards are very important to directors who are building their career, as they are a good entry point to access these commissions. And so, we introduced a short film category with an affordable entry fee for this sector of the industry.

It had always been our intention to make this category as standalone event.

Why do you feel the need to now spin that category out of the advertising awards into its own entity?

The short film category initially was an add on to the Sharks Advertising Festival together with a music video category. We had to add an extra day and a half to the existing Festival schedule and increase our speaker programme to include relevant topics for both these sectors. Over the last four years, we have seen an increase in festival attendance and entries for short film and our four day festival programme was beginning to become overcrowded. In addition, it had always been our intention to make this category a standalone event giving us a presence at different times of the year. Short film has always been a strong and vibrant sector in our industry and making it a stand-alone event made lots of sense. 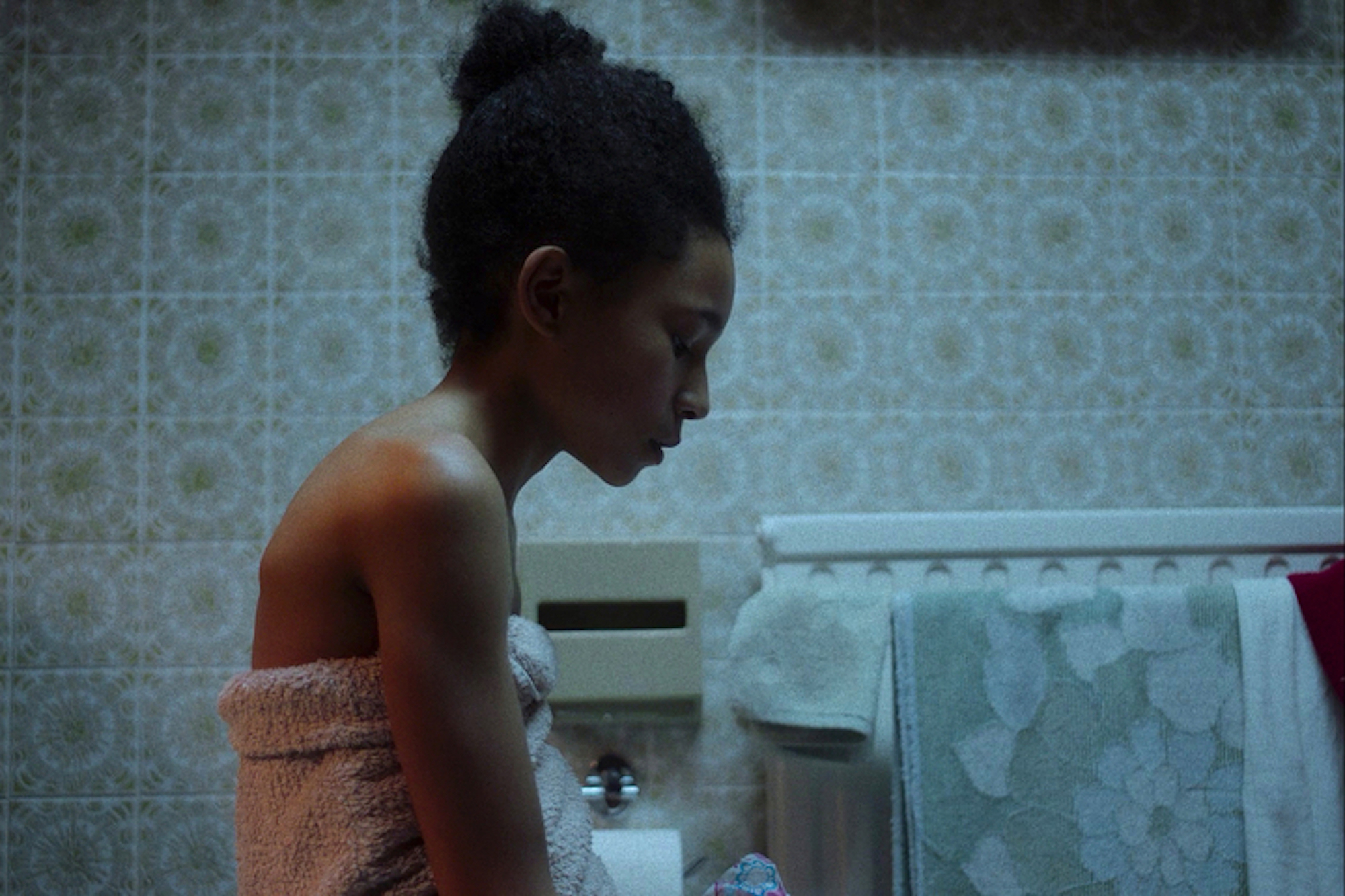 What excites you most about short film?

Short film does exactly what it says on the film tin. It is a form of storytelling that demands great discipline in both its creation and execution. Creativity and craft both have huge roles to play as they come together to produce a piece of work that engages, informs, entertains, and maybe even inspires the viewer. It is also the forum to discover new and emerging talent who have the ambition and resolve to make it in this industry. With the advent of IPTV, short filmmakers have found a new route to reward as they often find themselves much sought after by brands looking to have their story told in a succinct, skilful, and professional way. And they get paid to do it.

I heard that you’d like to hold a physical event in Brighton next year, what are you looking to do with that event? And why Brighton – aside from it being where DN is based of course?

It was our ambition to grow the Sharks festival in a considered and organic way. We simply did not want to bundle everything into what was then the annual event in Kinsale. When we introduced the short film and music video sections five years ago our intention was to separate both out into their own distinct events to be held at other times in the calendar year. As an international festival, we decided we would spread our wings, or fins, and let the Sharks swim to another coastal location for these events. Brighton seemed an ideal place to locate new events.

Short film has always been a strong and vibrant sector in our industry and making it a stand-alone event made lots of sense.

Firstly, Brighton has a quirky side born out by the myths and legends that have emanated from there over the years. It has a formidable and highly respected arts scene, is very much a cultural epicentre and is home to a large creative community, so it felt like a perfect match. Also, from a practical point of view, it is well served by two international airports with rail connections and supplied with hotels, guest houses, bars, restaurants, and nightclubs. Everything you would want in a COVID free world. These plans were all pre-COVID, but we remain committed to introducing them safely in due course.

The trophies are so cool! How did you arrive at that design?

As a team we wanted to update the trophy which had basically been the same for almost 40 years. Back then it consisted of a piece of Perspex mounted in a pretend piece of marble with an etched image of the head of Hermes messenger of the Gods surrounded by an inscription, ‘International Advertising Festival of Ireland’. A rebrand was required and a then member of the Sharks team, Gerry Kennedy who was creative director in Dublin’s largest advertising agency set to work with one of his senior art directors Paul Barass. Gerry’s brief was short and succinct. ‘Create a trophy that is classic, timeless, and enduring… and one that would sit as well in your trophy cabinet as it would on your mantlepiece’. And so, the Shark trophy came into being.

The trophy itself went on to win the best designed awards trophy in an international competition. It also caught the eye of a very famous Hollywood film director when he went to a meeting in the London VFX facility Framestore. When the film director was shown into the business meeting, he complimented the Managing Director and co-founder of Framestore on the variety of awards he had noticed in their display cabinet while he waited in the reception area. He remarked he particularly liked the Shark trophy. To which the MD replied – “You would have to direct a TV commercial to win one of them”. The director was of course Steven Spielberg.

What are your thoughts on the future of festivals and awards? Does your preference lie with an online event, a physical one, or a hybrid?

Up until this year and for most of the last 57 years the Shark Awards comprised a three day event ending with a sit down dinner and awards presentation ceremony. Throughout the three days and nights there were speaker presentations and networking events for the attending delegates in the picturesque town of Kinsale on the south coast of Ireland. Here we had the ideal mix for a successful international creative festival. Unfortunately, with the arrival of COVID this year we were forced to postpone the festival and awards in this format. The festival part was put on ice but we went ahead with the awards, bringing the entrants’ work to our panel of international judges via in part, online judging and then the final awarding of trophies decided when the judges met in The Groucho Club observing all the COVID protocols. We see this format as only necessary given the current circumstances regarding restrictions in travel, gatherings, etc. and our ongoing planning is based around returning when possible to the Kinsale type event. So, I guess we favour the physical one, maybe with a sprinkle of Zoom.

Short film does exactly what it says on the film tin. It is a form of storytelling that demands great discipline in both its creation and execution.

Where would you like to see the Shark short film awards go in the future?

Our ambition is to grow the Shark short film awards and to create its own standalone festival event with a programme of industry speakers and network events. Who knows, we may even look at another sector, feature films for television and cinema? We might even persuade a famous Hollywood director to speak at the event. After all, there is the Shark connection. Maybe we would call it The Shawshark Convention!

For more information on The Shark Awards and the submissions process behind their short film category, click here.