Whilst many of us try our hands at different crafts, striving for success in particular fields, DN alum Monica Menez has not only been triumphant as a fashion photographer but is excelling in the film world. She first drew us in to her particular quirky sensibility back in 2013 with dual fashion shorts Hors d‘oeuvre & Precious and has continued to write and direct ravishing work stamped with her distinguishable style in the intervening years. Her sixth fashion film Business as Usual provides a peek behind the scenes of an exclusive salon where mundane and everyday tasks are injected with a wit and subtle humour which one might not expect from such a visually arresting piece. DN had the pleasure of speaking to Menez about the creation of Business as Usual, from the inspirations she drew from and to reigniting her film collaboration with the Willems Eyewear label.

Could you tell us more about the collaboration with Willems Eyewear and how did this project got started?

Business as Usual is the second film that I have made with the Willems Eyewear label. When Andreas Kraft (owner of Willems Eyewear) asked me in 2011 if I would like to photograph the new campaign for the label, I put forth the suggestion of a fashion film instead of photo shoot. This is how Precious, my first film project, came about. After the film was very successful and spread rapidly online, it was clear to me that making films would be a new passion of mine. In 2019 we decided to make a film together again and that’s how Business as Usual came about.

Since I originally come from photography and have never studied film, I approach a film project more intuitively.

How did the location inspire the story told?

For me, the choice of location is always the beginning of developing a film concept. It provides the framework for the story and visually inspires me to create the story. The location where Business as Usual takes place is a wine shop in real life. In addition to storage rooms for wine, there is also a large room that can be booked for events such as wine tastings. The architecture is spectacular and when I saw it for the first time, it reminded me of Jacques Tati’s Playtime. I was particularly impressed by the simple office space in the location and I started developing the story, which was adapted to the given premises.

Your style is definitely reminiscent of Tati, how would you say it has evolved over the years and what other influences do you draw on in your writing and directing?

I love Tati’s work and I’m also a big fan of John Waters. Since I originally come from photography and have never studied film, I approach a film project more intuitively. As in my photography, the interplay of colors is important to me in film and I start each of my projects by creating a color scheme that runs like a red thread through the entire film. Music is an important source of inspiration for me. Already at the beginning of the story development I use it to get a feel for the speed of the film. Often then new ideas arise, which I incorporate into the story.

The actors all look like they walked straight out of the pages of Vogue, what do you look for when casting?

The casting is one of the most important parts in the making of my films. Some of the actors, like Nina De Lianin and Thomas Lempertz, appear in several films because I appreciate their acting potential. I particularly enjoy working with dancers because they can tell stories with their bodies and dance is a common element in my films.

The music complements Business as Usual’s visuals beautifully, especially the contrasting styles in scenes. How did you go about building in the right soundtrack for the film?

Music research is one of my favorite activities. I’m always looking for music to use in my future films. In the meantime my music archive is very well filled and is waiting to be used. The idea for my film Hors D‘oeuvre emerged because I found a piece of tango music that gave me an inspiration for the episode in which the woman supposedly “hanged herself”.

As they should be in a fashion film the outfits are stunning. Was there anyone you worked with in particular for those elements and how much do the outfits affect the directing side for you?

When it comes to styling and make-up, I’ve been working with a permanent team for many years. The selection of outfits is always done in close cooperation with the stylist. I send her mood boards, which she uses and interprets to create the styling. Intensive coordination is very important to me, as the choice of clothing should perfectly match the imagery/set. I always compare the art direction of my films to baking cakes. All ingredients must be fine-tuned, otherwise the cake won’t taste good. 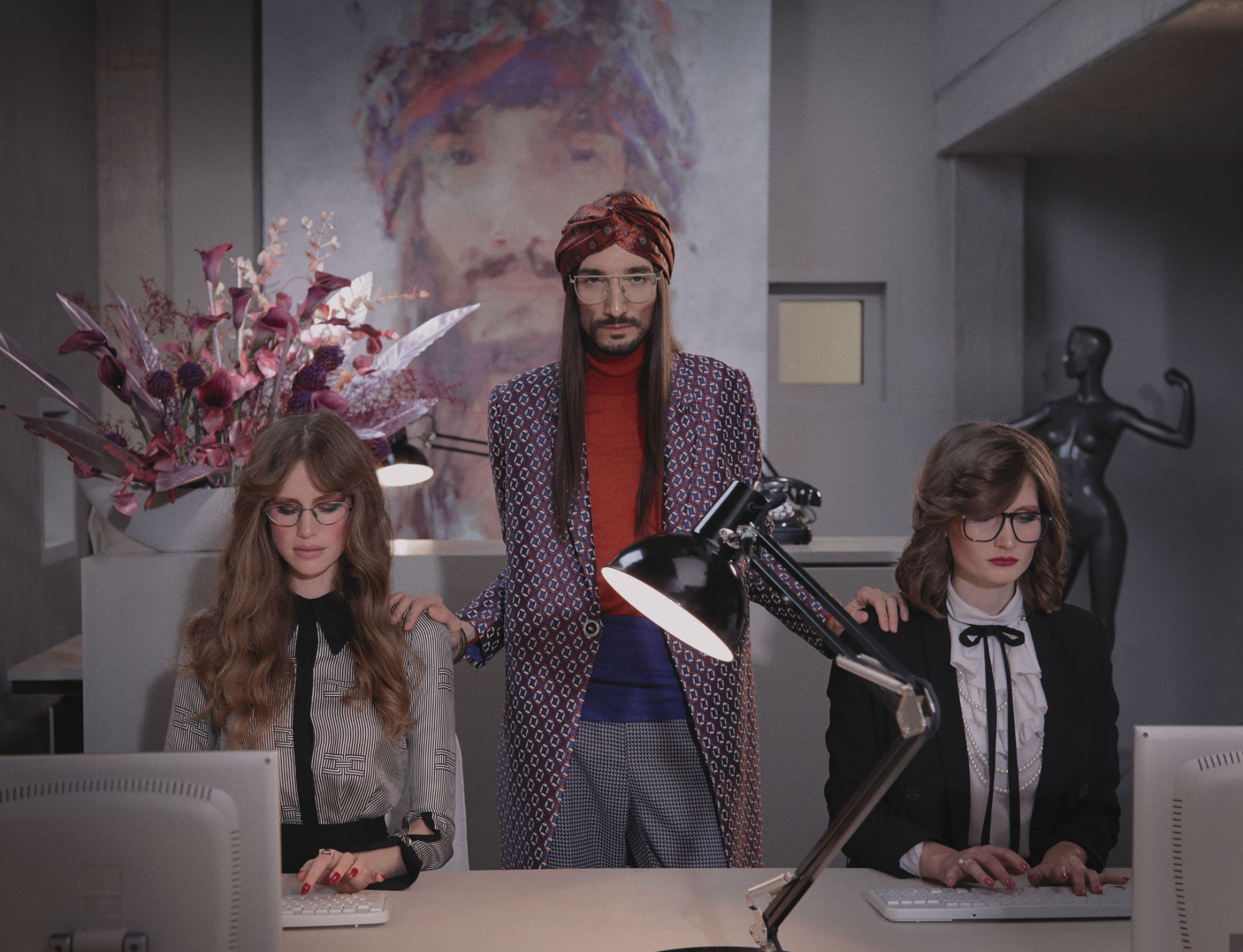 I always compare the art direction of my films to baking cakes.

Finally, what new projects are you working on that our audience look forward to in the future?

The shooting of a music video is planned for the beginning of 2021. At the moment I’m in the final coordination with the location. I hope that the shoot will be possible due to the Corona measures. I am also planning mini fashion films that have a duration of 10 seconds, I call them The 10 Second Stories.