2020 was a difficult year to be both a teenager and a person of colour in the UK. Faced with the twin hardships of the COVID-19 pandemic, which was particularly bad in BAME communities, and the BLM protests, life at 16 is as challenging as ever. But for Thornton Heath teenager, Abi Simms, her youth remains a blessing, surrounded by friends, family and a vibrant community. One of two winning poems in a competition run by Football Beyond Borders, Black &6Teen speaks to both her joy and her struggle. Over the summer, Director Lainey Richardson had the opportunity to put the poem to images, mixing stylised set-shots, archive footage and documentary techniques to panoramic effect, speaking both to Abi’s experience and the wider context. We discussed her personal experiences of teenage-hood, using hair as a motif and how she and Abi collaborated to create the final film.

Tell me a little bit about the project by Football Beyond Borders and how your collaboration with them came about?

Black &6Teen was the final film of two that I directed for the incredible charity Football Beyond Borders. They provide support to hundreds of disadvantaged young people across the UK helping them to finish school, and when students were deprived of access to schools during lockdown, they increased their offerings to include the spoken-word project Football Beyond Bars which empowered students to express themselves during such challenging times. The students wrote about what was affecting them the most, which was the Covid-19 pandemic and the BLM movement in the wake of the death of George Floyd. Two students, Abi Simms (16), and Yassin Slimani-Mendez (13), were voted the most outstanding and they won the opportunity to have their poems realised on screen.

The agency Dark Horses approached my production company Caviar about this FBB project. At the time I wasn’t signed to Caviar, but we’d been in talks and were looking for a project we could collaborate on together, and this just seemed like a perfect fit. So I was put forward and was completely over the moon when I got the green light to helm the project.

There’s a mixture of lived-in experience, with shots of Abi in south London, stylised set-style shots and also archive footage. What was the challenge of bringing them together?

Initially, the main challenge was creating a sense of balance and fluidity between these different elements, whilst at the same time always ensuring that Abi’s powerful words took centre stage. It was all about finding that rhythm in the edit which took a lot of crafting. What ended up being the biggest challenge by far was the archive photography. I wanted to include stills from photographers who had spotlighted Black cultures and identities covering themes of the struggle for equality, Black joy, culture and pride which would help to contextualise Abi’s words and universalise her story.

The biggest challenge by far was the archive photography.

However, the tricky thing about working with archives is that you don’t know which images will work until you try them out in the edit. I worked with Editors Hassani Frank and Art Jones at Work Editorial, and I’d curate a batch of images which I would send across, then we’d spend time experimenting with different shot combinations and placements in the edit see how their impact shifted the feel, tone and message, and we’d finally get it working, but then we’d struggle to get permissions to use the stills, so we’d have to take them out, do a new image search and start the process all over again. This kept happening over and over so it was a bit of a battle and caused a lot of delay, but we got there in the end and it was so worth it! I’m so happy with the final images that we used, and I feel enormous gratitude towards the photographers and artists who donated their stunning imagery to the cause. 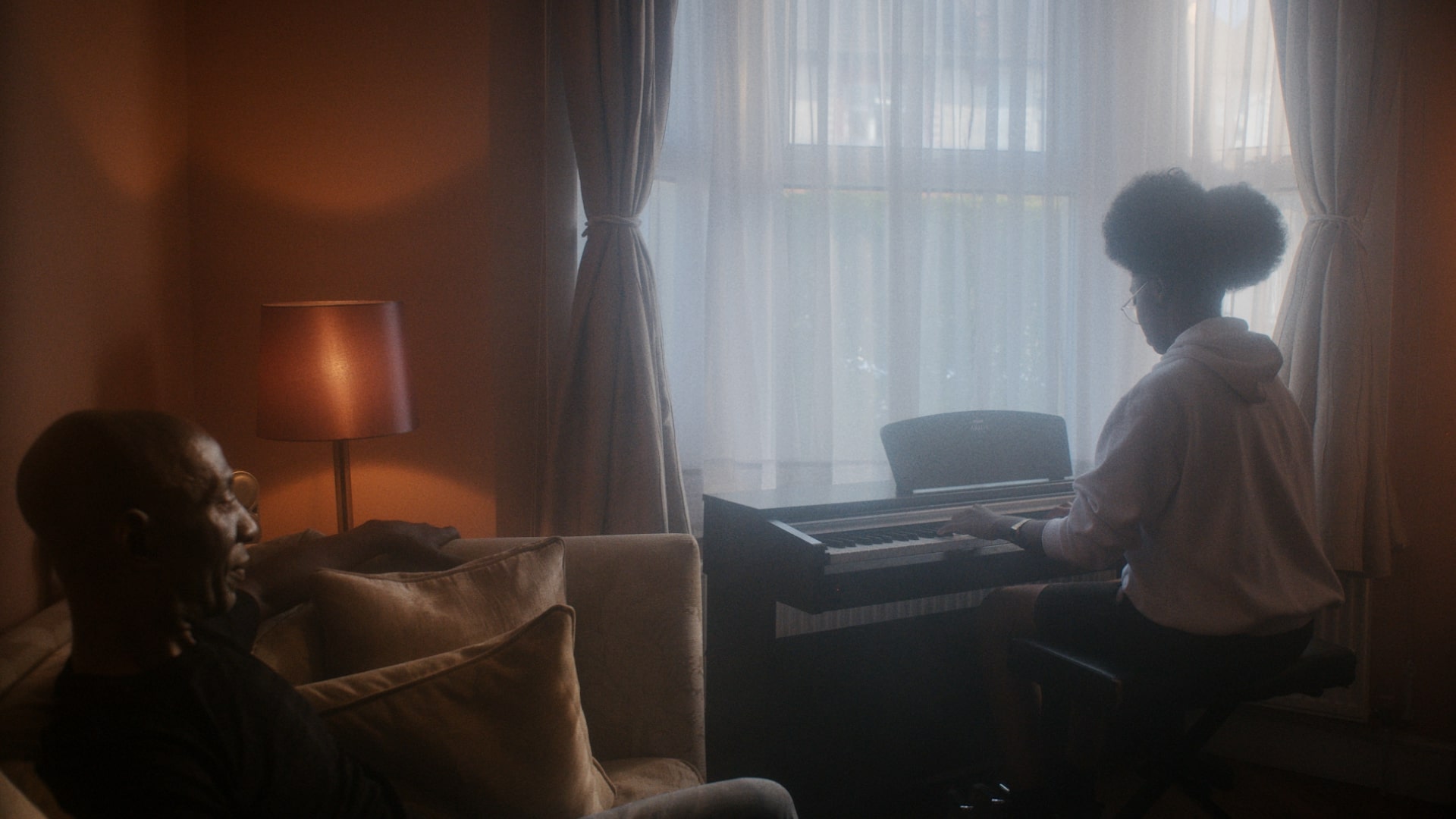 Do you have any strong memories from being 16 that you relate to in Abi?

A lot actually! Not specifically the age of 16, but going through pretty much everything Abi mentioned in her poem during my own childhood. Especially this idea of grappling with other people’s misperceptions of you due to the colour of your skin that doesn’t marry with how you see yourself… I think that was one of the reasons why Abi and I clicked instantly. So much of her life story resonated with mine it felt like I was meeting my younger self. But it was so beautiful to see that Abi had arrived at a place of self-acceptance and self-love.

Did you and Abi do a lot of talking in order to shape the look and feel of the film?

Yes, we connected via Zoom and Google Hangouts and I just spent some time getting to know Abi. I wanted to get a sense of who she is and the visuals of the film to be inspired by her day-to-day life, so the more we got to know each other, the more I asked, whether it was questions about things mentioned in her poem, her interests, or how she spends her time. Often she’d just say things that would instantly inspire visuals in my mind, whereas for other ideas I had to really sit down and think. And then when I had come up with the creative ideas we ran every single one by Abi to make sure it felt authentic to her and was something she could get excited about. Abi also threw in some brilliant ideas which we incorporated. 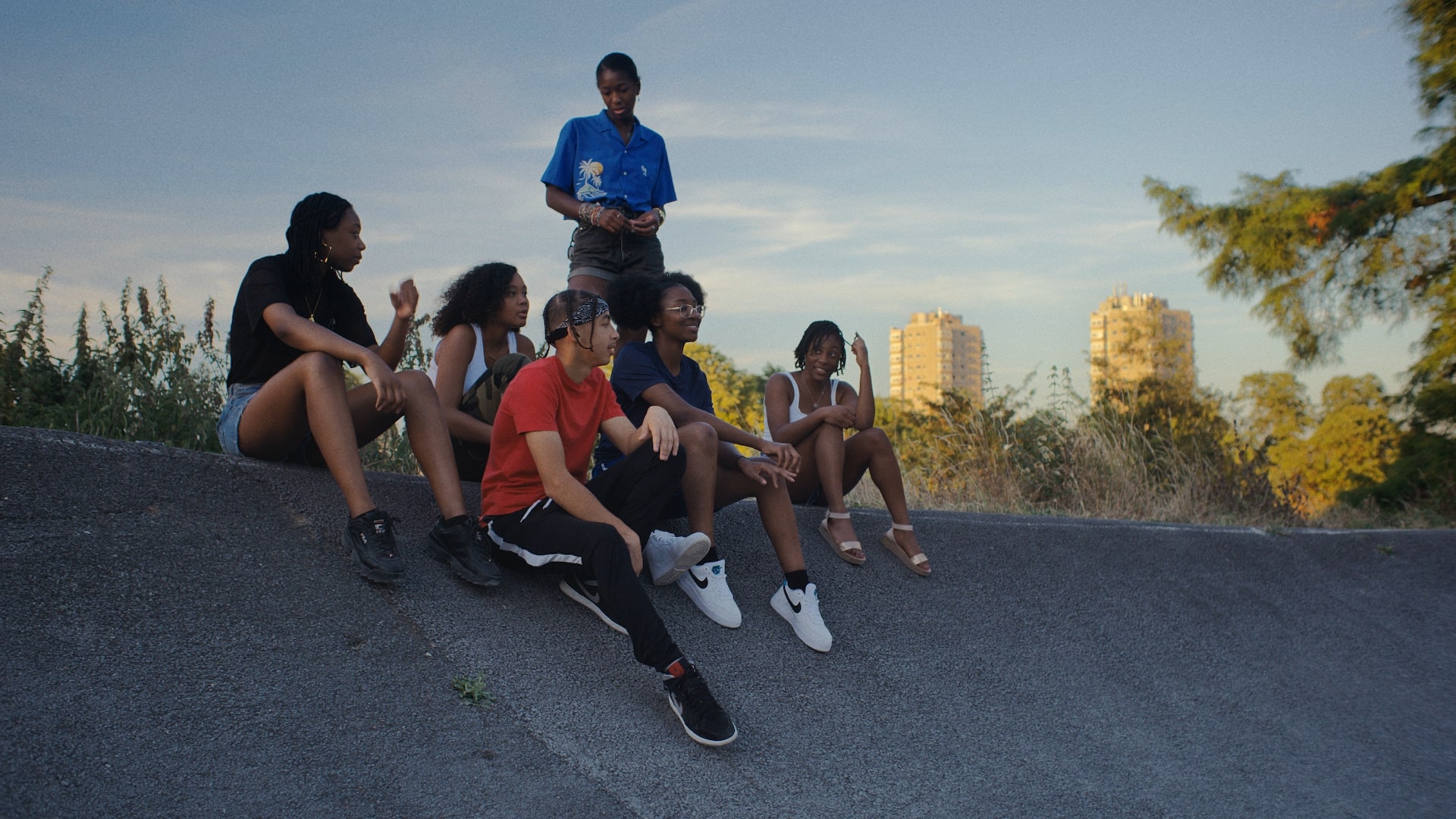 I loved the use of hair as a motif and a vital tool of self-expression. Tell me how you collaborated with Lauraine Bailey to use it as a narrative tool in the film?

Our hair is such an important part of our identity as Black women, so I knew I wanted the process of Abi undoing her hair and unpicking it into a ‘fro to be really symbolic of Abi’s journey to becoming, and of self-acceptance. My Producer Tash Bloom and I had been chatting about the idea of the ritualistic ‘undoing of hair’ being a thread throughout the piece. So Tash tracked down the Hair Stylist Lauraine Bailey who has done a lot of beautiful work with afro hair texture, and I just explained the vision and asked with bated breathe what could be done. Lauraine was brilliant and quelled my fears. I just love the way she operates, she’s a real artist.

Even though we’d agreed on canerows for the shots of Abi undoing her hair, Lauraine just improv’d what was quite an intricate and stunning style in a very limited space of time. I gave descriptions of all the hairstyles I wanted to include in the film, all inspired by styles Abi normally wears. What I loved was every time Lauraine created a style, it always came with an extra twist, something a little special that came out of conversations she’d had with Abi while she sat in the stylist chair.

Our hair is such an important part of our identity as Black women.

What was it like directing Abi as a non-professional?

Abi was a dream to direct. She’s very focused and you can tell she wants to achieve the best, so it actually felt like I was working with a professional. Every bit of direction I gave her she nailed which was amazing to me. To be honest that was the thing I was most anxious about in the lead up to the shoot. How would Abi and her dad react to being on set in front of a camera for the first time? And would I have what it took to support them to deliver strong performances? But they were both just fantastic, which I think is both a huge credit to them, and to the team Tash and I pulled together who created a really safe and supportive space that Abi and her dad could flourish in.

Are these locations in Thornton Heath places that Abi would go to herself? I particularly liked the look of the jerk chicken shop.

Yes, I only wanted to use spaces that Abi frequented in real life as I wanted to get as close to ‘real’ as possible. So I drew up a list of all the places that Abi went to regularly that sounded like they might be visually interesting and work thematically, and then Tash and I recce’d them all before whittling down the list.

The high street is Abi’s local high street, and Abi goes to that specific skate park with her mates. The only exception was the Caribbean takeaway. Abi regularly went to three West-Indian take-aways, but when we visited them they just didn’t ooze the character and life that Caribbean take-aways are known for. As I had been so drawn to the concept of this location feeling steeped in culture, community and heritage, it felt vital that we find an alternate venue as a replacement. It just so happened that one day when we were recceing local spots, I spotted ‘Blessed Caribbean Take-away’ out of the car window. I’m pretty sure I yelped: “That one!”. As soon as we got inside… the energy, the positive vibes, the Reggae music, the vibrant colours, I just knew that was what I wanted to share with viewers. 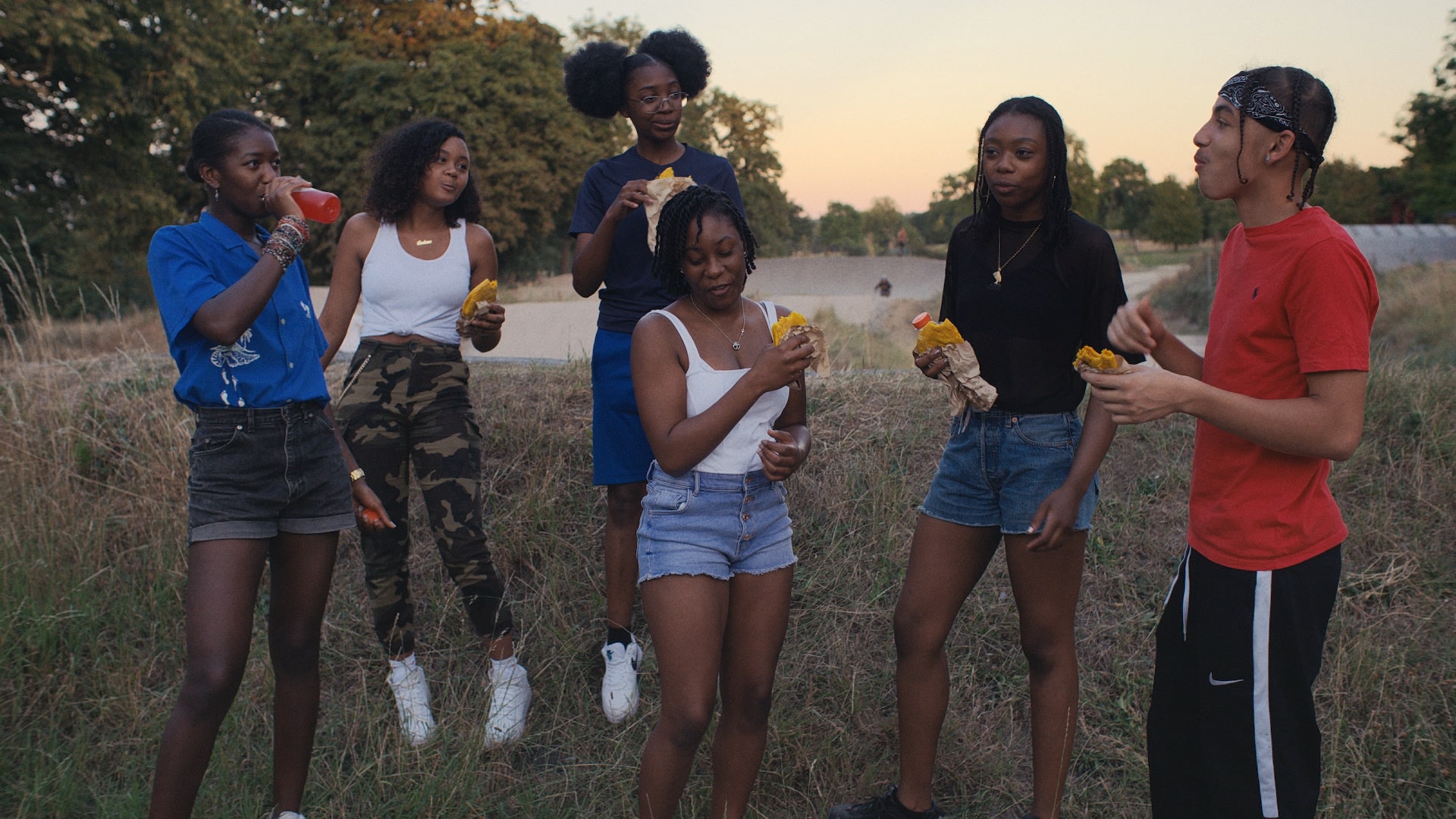 The lighting in the final shot is very striking. Can you tell me a bit about that set-up?

Yes. We were on a very tight budget so the set-up was actually minimal. We recce’d the school gym with our Cinematographer Jake Gabbay a couple of days before shooting, and he used the Sun Seeker app to estimate when the sun would be in peak position to get ‘the shot’ on shoot day. So we knew going into it that we had a tight 1-hour window to nail it, and had to schedule the whole shoot day around that hour. Then we just hazed the room and used two Source Four lights to add a little shape to what the room was already doing.

What else are you currently working on?

It was while working on this project that Caviar signed me in the UK and the Netherlands. This month I just got signed to their Brussel’s arm and I also signed to Imposter in New York. This has all happened really fast and is incredibly exciting, so I’m keen to see what projects will come to fruition this year out of these partnerships. I’m also currently writing my first TV pilot — a half-hour comedy series. It’s taking a lot of discipline, but I am getting there!