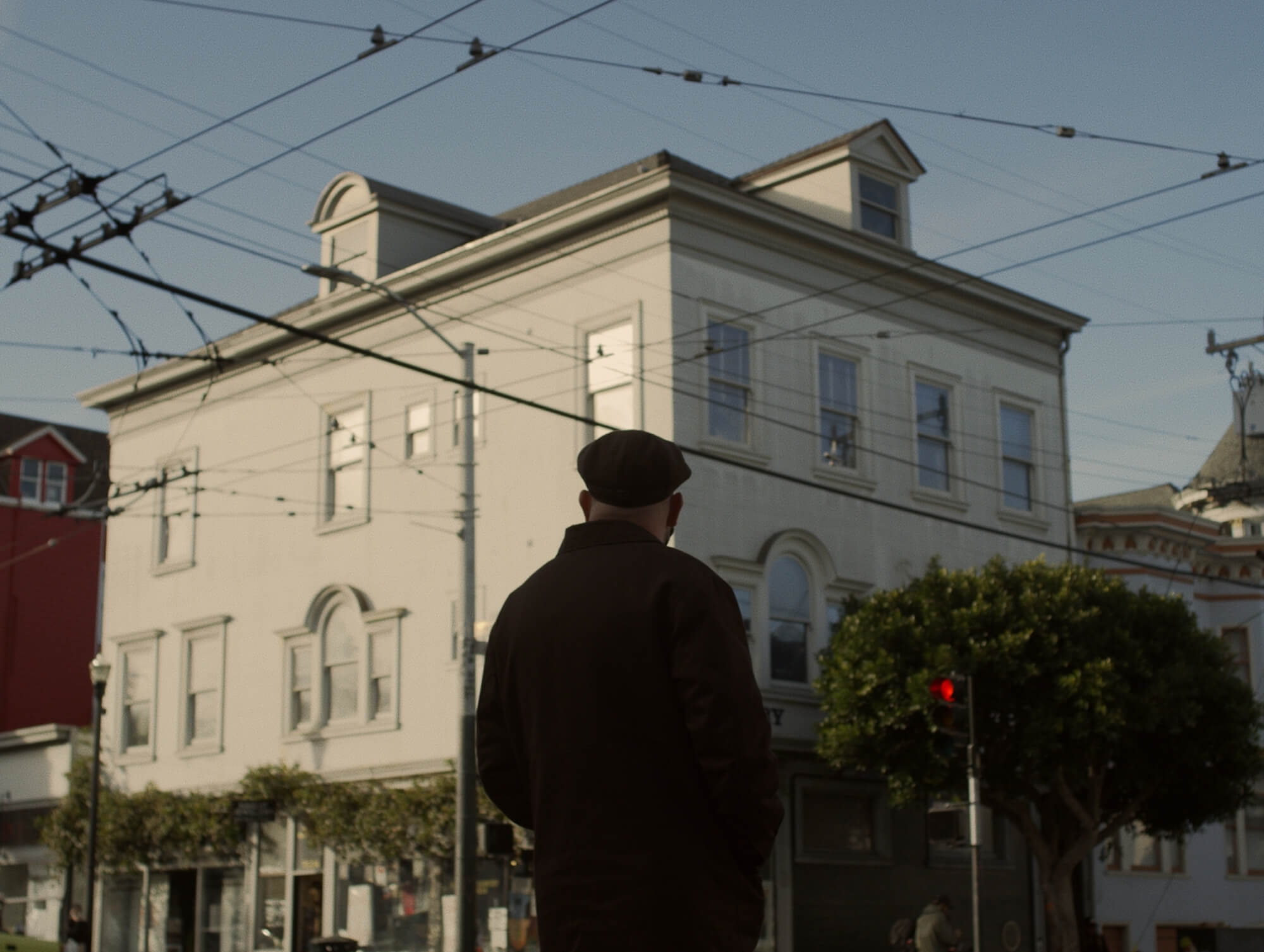 Filmmaker Jeremy McNamara’s documentary Jeremy Fish & The House On Haight chronicles the titular artist’s residency at one of America’s most famous intersections in San Francisco. It’s an enlightening document which takes you through an artist’s process in preserving the history of a location through their own expression. Fish’s style is bold and striking yet classical in its construction, and McNamara’s documentary captures the artist as he develops his work whilst reflecting upon the rich history the neighbourhood boasts. DN caught up with McNamara to learn more about the documentarian’s approach to visually capturing Fish and his work in the historic Doolan-Larson residence.

How did you hear about Jeremy and his project? Who approached who?

Growing up as a skateboarder in the Bay Area, I have always been familiar with Jeremy Fish and his work. Over the last few years, I was lucky to meet Jeremy and work on a few client projects with him. Fast forward to the end of 2020, Jeremy was working on a three-month artist and residency program at the historic Doolan Larson home, located directly above the famous Haight Ashbury intersection. He was tasked with creating a series of drawings inspired by the summer of love for the non-profit San Francisco Heritage.

At the tail end of his residency, he reached out to me with a few photos of the house’s interior and asked if I would be able to come by for a few hours and document the place while he was still living there. I was intrigued by the space and immediately wanted to see if there would be a way to turn this opportunity into a short film of some sort. At first, I mentioned this idea to Jeremy, but he only had a week left at the residence, and given his timeline didn’t think he would be able to shoot for more than a few hours. The conversation was brief, and I still knew little about the project.

Jeremy watched firsthand as the neighbourhood encountered its biggest wave of change in decades.

The next day I headed over to the house with a camera package and a friend who agreed to lend a hand. Jeremy graciously gave us a tour of the space and told us more about the project and his experience living at this three-story mansion on one of America’s arguably most famous intersections. By the end of the shoot, he agreed to let us film for one more day the following week. He still had many things to finish and had to move out of the house by the end of the next week. We really only had one more shot.

And how did things progress from there?

I spent the next few days trying to sort out what the story could be, thinking back to my conversations with Jeremy during the initial shoot. He had mentioned how strange it was to be living there during the heart of the pandemic. Jeremy watched firsthand as the neighbourhood encountered its biggest wave of change in decades. Many legacy businesses closed their doors forever, overdoses were frequent occurrences, and the area had become much more dangerous. Considering the current state of the world and the fact that Haight Ashbury’s situation wasn’t at all a unique one, I felt hesitant about including this in the film.

As I started to do more research into this time period, I came across some extremely well-preserved 16mm footage of the neighbourhood in 1967. The streets were packed; people walked closely next to one another; it was alive and vibrant, the complete opposite of the present day. Furthermore, historically Haight Ashbury has experienced so much turbulent change within a relatively short time period. It went from being the centre of the worldwide hippy movement in 1967 to 1970, becoming run down and dangerous, then decades later, becoming a thriving San Francisco neighbourhood. This steered me towards focusing on the neighbourhood’s cyclical nature and the role Jeremy’s art played in preserving its rich history during a time of great change. Also, when you consider how well the Haight Ashbury was documented during its heyday, including the neighbourhood’s present-day state, it felt like it could lend itself to a fresh perspective. 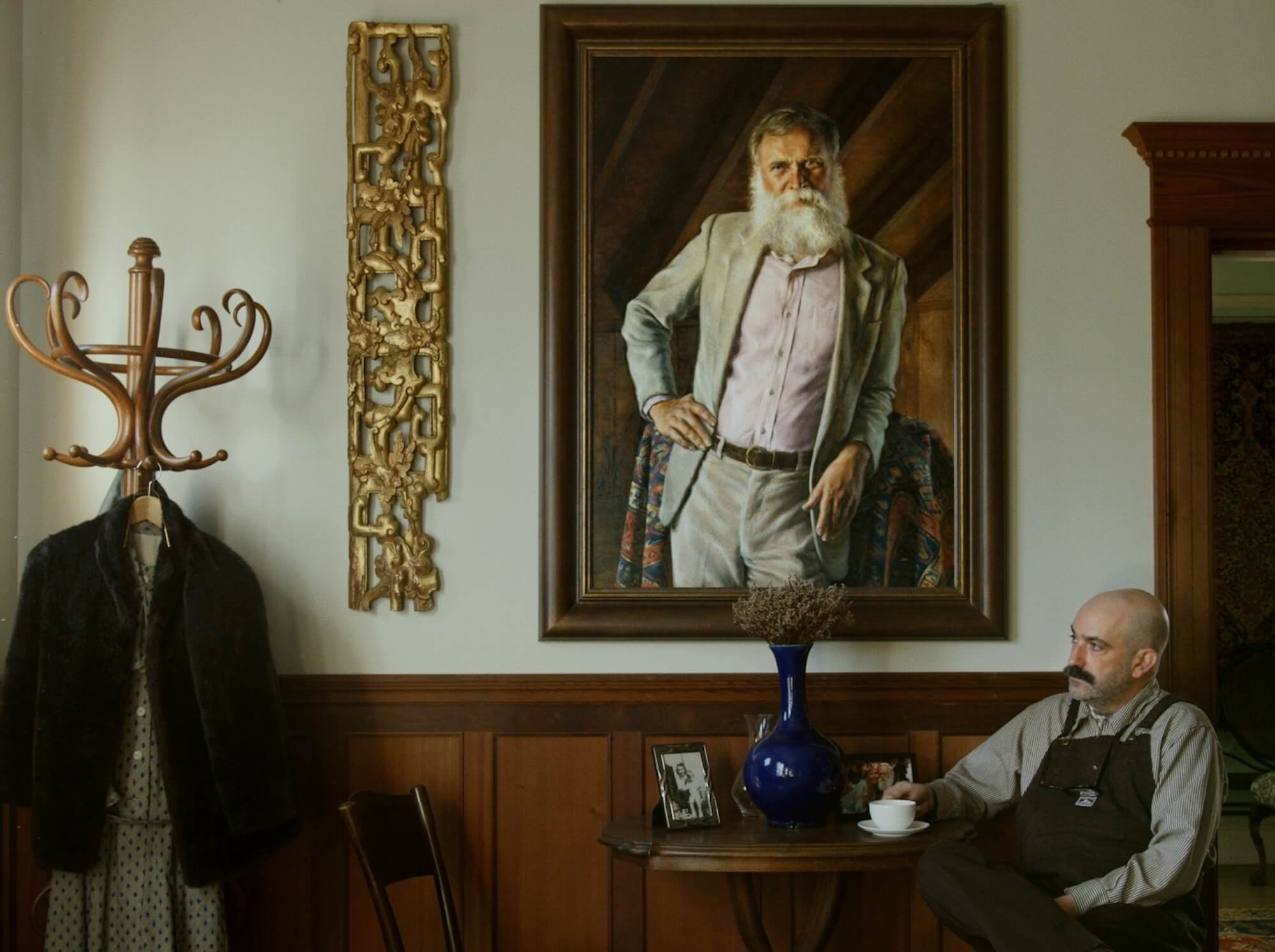 That cyclical nature of the neighbourhood really comes across strongly. How did the found archival footage influence the new material you shot?

I was really excited about trying to capture match cuts between present-day Haight Ashbury and the Haight Ashbury of 1967; I was hoping this would be an exciting, unexpected way to bring people into the magical time that was the summer of love. With a shot list in hand and the camera gear I own, I met up with Jeremy to film most of the shots that ended up in the film. I found a few archival shots I thought might work for the match cuts and added them as custom overlays on my camera monitor.

It went from being the centre of the worldwide hippy movement in 1967 to 1970, becoming run down and dangerous, then decades later, becoming a thriving San Francisco neighbourhood.

Outside of the match shots, did the shoot follow a strict plan or was it mostly freeform?

On our first day of filming, everything was shot freeform. We didn’t start filming until midday and lost light pretty quickly. Other than the shots of Jeremy drawing at night, there weren’t a whole lot of shots from that initial shoot that made it into the project. After the initial shoot, I knew I needed to plan out everything we would be shooting that second day. I really wanted to capture the house’s scale and character; the old homeowner spent years trying to get the house back to the way it would have appeared in the early 1900s. I liked the idea of cutting between these wide shots showcasing Jeremy within the space next to close-ups of different textural elements within the house.

What was your process for building the film’s structure once you finally sat down to edit the footage and the interview with Jeremy?

I was combing through the interview to find the most concise and compelling way to tell the story. Eventually, with the radio edit locked, I started to match visuals and fine-tune the pacing. As I got to the end of the film, I realised I was still missing visuals that addressed Haight Ashbury’s future. At first, I tried to capture a series of locked shots, showing the current state of the neighbourhood, both things that still stood to represent the past, as well as things that showcased change. After trying these shots out in the edit, they felt like they were missing something. That’s when the idea of capturing high-speed footage from a moving vehicle came into play. I liked the idea that we could capture fleeting moments unseen by the naked eye, passing by people on the street, historic buildings, vacant buildings, closing businesses, and whatever else caught our eye.

Can we expect any more docs from you in the near future?

Currently, I’m working on a few commercial projects and a short documentary film I’m hoping to finish by the end of the year. I would love to start working towards longer documentary shorts and eventually feature documentary films.