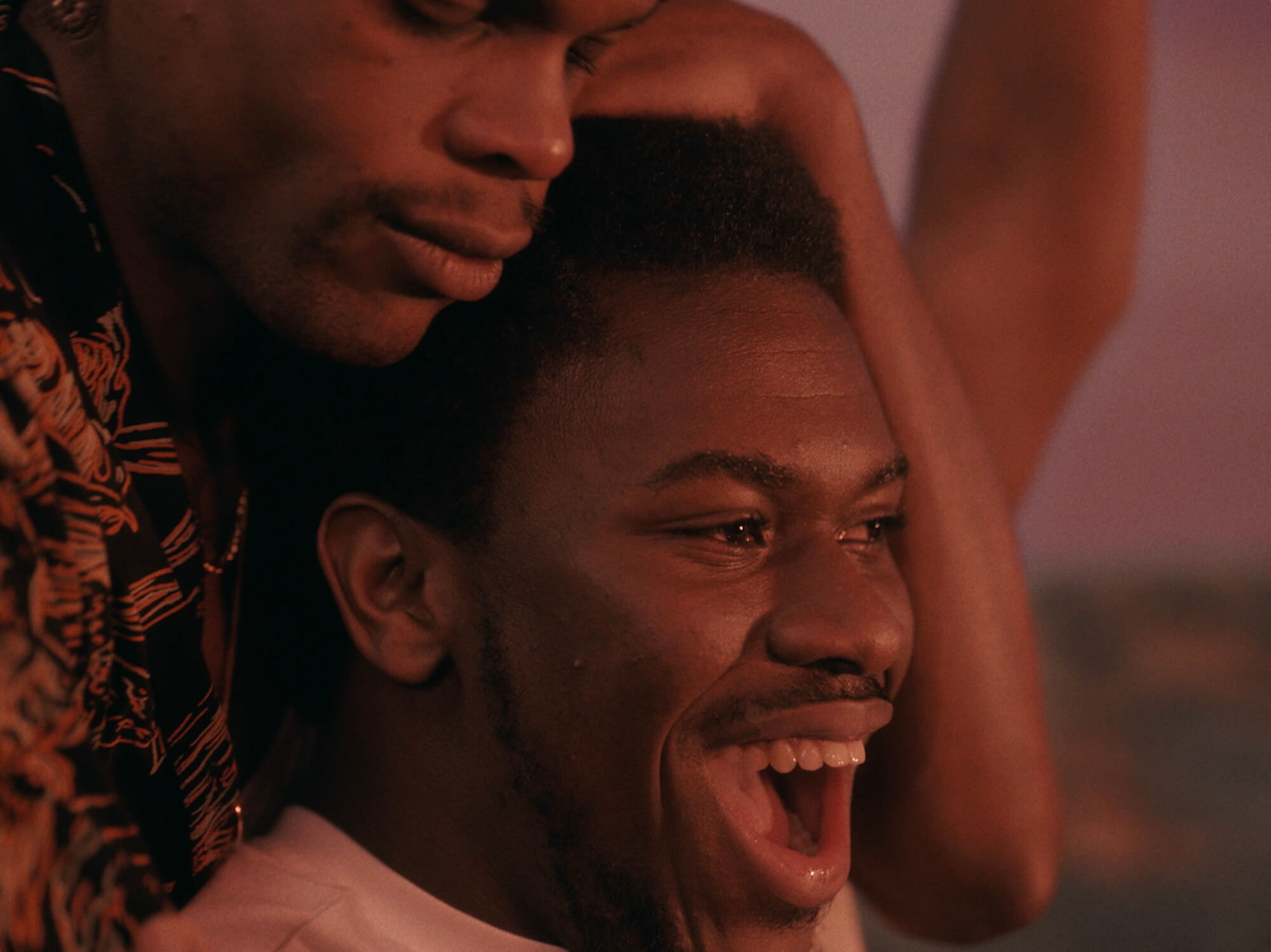 Multi-DN alumnus director Thomas Vernay arrives back on our pages today to talk Bad Things, the latest music video created for his musical alter ego Sirop, and his new single featuring Aaron Cohen. The track’s soothing grooves are echoed by Vernay’s one-shot visuals which capture the glowing relationship between these two men as they find themselves on the open road, embracing a cathartic sense of freedom. It’s a beautiful video which presents a side of love not often seen in the media, and even less so in rap and hip hop. Vernay joins us to discuss this lack of representation alongside the the techniques he employed to consciously maintain the excitement required for a single-take film.

Bad Things has a such a sensitive, soothing vibe to it. Where did it begin for you?

First of all, I wanted to shoot a sequence shot. It was an abstract idea, I knew what I wanted from a sensitive point of view. I wanted the emotion to come to life and the image to match with the music, and that in the end, everything explodes in a feeling of freedom, of pleasure.

The clip is an ode to love and freedom, the irrepressible need to move forward, to live at all costs, at full speed, without worrying about others.

Thematically, what were you looking to explore with the video? What aspects of this romance did you want to channel on screen?

The clip is an ode to love and freedom, the irrepressible need to move forward, to live at all costs, at full speed, without worrying about others, without worrying about what is expected of us. It doesn’t matter where we end up, even if we explode in flight, we must have lived as powerfully as possible. I wanted the music and the video to give an exhilarating feeling, to exalt the senses, to make the viewer dizzy. That there is a real explosion of feelings and freedom. It is about a couple who love each other, one of whom seems freer than the other. He will help his companion to feel this freedom without being afraid. We can make the analogy of love but it’s also of passion. These are the forces of life that push us to go further.

How did you seek to bridge those themes within this abstract idea of the singular sequential shot?

The idea was inherently linked to the technique. When I was thinking about how to get the two actors to drive at full speed without driving the car, I thought it would be a mess. But I contacted Neoset, who I get along with, and they allowed us to use a studio with a LED screen. It was a godsend because I was also looking for a certain virtual aspect, something that projects us unconsciously into the dream. I tried to get closer to that feeling you get when the adrenaline rushes through you, when you feel the fullness.

What were the biggest challenges of shooting in that way?

The real problem we encountered with Kevin Laurent, the cinematographer, was to choreograph a camera movement to avoid boredom. I told him that we shouldn’t imagine that we were going to film a car on the road, but to film two characters in their bubble. The important thing is what the characters do, who they are, how they evolve. The 4:3 helps a lot, it forces us to be on the characters. The car and the road are just analogies of life.

How much rehearsal did it all require? And how many takes did you shoot?

After rehearsing all morning with the actors to get everything in line with the music, we rehearsed with Kevin for the camera movements. We shot with an Alexa Mini, which he wore with an Easyrig. A complicated setup for him but the budget didn’t allow us to use a crane and I like to know that it is the human being who carries the camera, that there is a relationship with the body. While he was shooting, the grips were moving large pedestals behind him so Kevin could get some height when he had to. Behind the camera there is also a whole technical choreography for the team, it was quite perilous. The shooting was done in four hours, we did eight takes if I correctly remember. Flore Gastal definitely managed the production well, everything went perfectly.

The relationship in the film is showcased so beautifully. I’m curious to know your thoughts on the lack of representations of gay black males in the media, and specifically in rap and hip hop?

The representation of gay black males is poor in the media. It’s hard to find references, even if there are some of course. Moonlight by Barry Jenkins is the best known, but also the series Pose which I like a lot, but which is part of a well-defined artistic/sociologic movement. In the hip-hop world it’s even more complicated. It was as soon as I started working on the casting. People are interested until I talk about the homosexual relationship. And I can’t blame them. It’s also a story of imposed condition.

The hip-hop scene is strongly codified and it is difficult to free oneself from these codes.

To come back to the representation of gay black males in the media, it’s starting to move, I guess. Look at Lil Nas X. But I admit that the hip-hop scene is strongly codified, and it is difficult to free oneself from these codes, very marked. For my part, I don’t come from hip-hop and it’s Aaron Cohen who takes care of the lyrics and the vocals. And he is very open. So I literally don’t care what to do or not to do. I film what interests me, what moves me. I wanted to talk about love above all. I would like to say that it is not political, but as Producer Flore Gastal often told me, everything is political as soon as you take to the camera, a pen, even your keyboard. So, yes, changing mentalities on these issues is essential. But for my part, I have the impression that it is already dated to talk about this, it seems so obvious to me…

Are you developing any more music videos or other projects at the present moment?

I’m developing my third short film with Qui Vive production and I’m currently co-writing my first feature, inspired by my short film Miss Chazelles, with Nour Ben Salem, which is also produced by Qui Vive. And finally, I’m producing my own EP. I only make music for my pleasure so I have the luxury of taking my time.

Bad Things is one of the many great projects shared with the Directors Notes Programmers through our submissions process. If you’d like to join them submit your film.