A filmmaker whose empathic take on social issues has seen him appear on our pages twice before, Paul Nevison crafts films which take the singular and make it universal, while also avoiding the off putting trap of coming across as preachy. It’s a humanistic approach to filmmaking which amplifies the emotional connection audiences form with the filmmaker’s important subject matter. His latest piece Prayer of the Mothers, a powerful look into motherhood and the Syrian crisis, is about the stories he would hear of mothers incorporating the sounds of the explosions around them into the tales they would tell to calm their children. DN caught up with Nevison to discuss the encounters he had with refugees that inspired this concept, alongside his hope to stimulate compassion and solidarity through making films about social issues.

Where does a film like Prayer of the Mothers begin?

I was sitting across from a young couple in their early 30s, their fresh faces gave little indication of the horror they had endured over the previous two years. We were sitting in a makeshift shelter sipping sweet tea in a refugee camp on the Lebanese/Syrian border. Downtown Damascus was a short, yet impossible 20min drive away. In the previous days this young couple had fled the ISIS stronghold of Raqqa and made their way south over the border to the relative safety of Lebanon.

I remember the couple vividly as they broke many of the stereotypes of the Muslim world so often portrayed in popular media. The man was a teacher and his wife was studying a Masters in French Literature at university. They spoke of the hardships living under ISIS rule and eventually having to flee when a missile destroyed their home. They told me about the beauty of where they lived before the war, a lake where they went swimming and had family barbecues. Most telling was that they still had their house keys and a hope, however slim, of returning to the life they had before the war.

What was the spark that led you to turn the story of these people, and what was going on in Syria, into film?

In March 2021 the tenth anniversary of the start of the Syrian conflict clicked over and what became of that couple and their children and the many other families I met has haunted me since. The spark to ‘exorcise those demons’ and make the film came from a story I heard earlier this year via an aid worker. She spoke of a mother who would incorporate the sounds of war into stories to calm her small children as bombs fell around them. Explosions became the ‘stomping of angry giants’ and artillery impacts the ‘bashing of drums’. It spoke of the deep resilience that many are forced to draw from during unimaginable situations. Prayer of the Mothers is a passion project to attempt to give voice to the forgotten victims of conflict and to celebrate the hopeful resilience that I’ve seen over and over again with people affected by tragedy.

Processed with VSCO with g3 preset

How did you piece the film together and find the family that you ended up featuring?

We didn’t have any budget to throw at the film and Covid meant we couldn’t travel anywhere overseas, so it became a process of figuring out how many favours I could pull from friends around the world, and luckily several got on board adding their skills and passion to making the film possible.

I had a contact with a refugee resettlement organisation in my home state of Queensland, so I contacted them and found a family that agreed to take part in the film. I wanted to capture something simple yet that had a universal quality beyond culture. All parents hold their children in tension with great hope and anxiety. For me, a mother holding her child communicates both the natural protective and nurturing instinct in equal tension with the other great overriding emotion of parenthood which is uncertainty.

Prayer of the Mothers is a passion project to attempt to give voice to the forgotten victims of conflict and to celebrate the hopeful resilience that I’ve seen over and over again with people affected by tragedy.

How did you organise shooting with the family in those conditions? And what equipment did you use in the process?

Once we locked in the family via friends at the refugee settlement organisation You Belong, I called up Cinematographer Caleb Ware and we headed on the three hour drive inland to film our resettled family in Toowoomba. We shot this scene on a RED Dragon X with available light and DSLR lenses.

The film needed footage from the region so I contacted a Lebanese friend Dan Khoueiry, to see if I could look through his personal library of Blackmagic Pocket camera footage and we were able to land on a few shots that held the emotion and storytelling qualities the film needed. 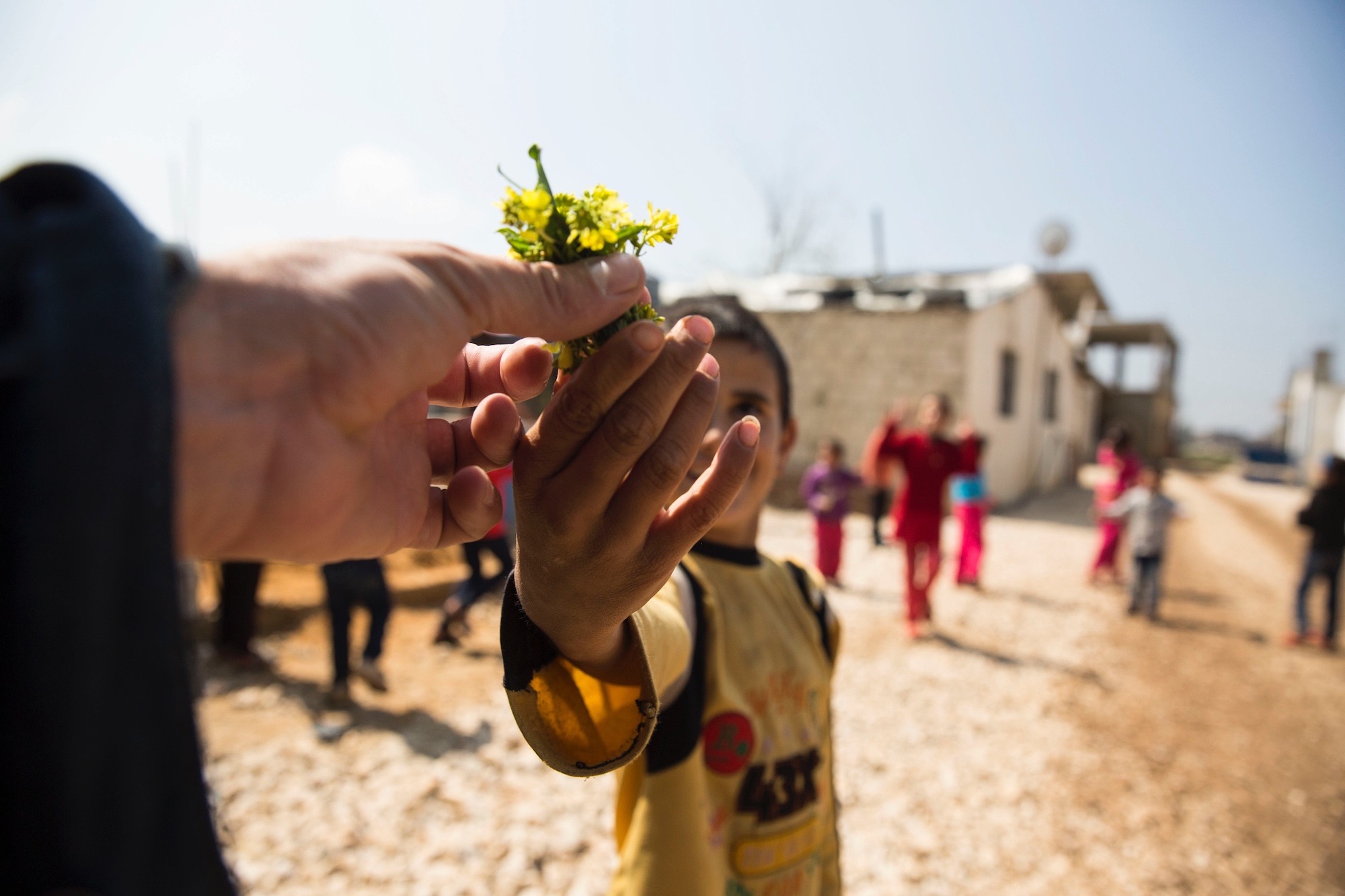 What inspired you to add the voiceover, and how did you navigate creating it in Arabic?

I wrote the VO script doing my best to embody the emotion I felt when I was in the refugee camps and also inspired by the story of the mother comforting her children – mostly I wanted to communicate the deep desire of the families I met in the camps to return home.

As a native Arabic speaker, Dan Khoueiry was able to translate my English script into Arabic, but he took it a step further insisting for authenticity that it needed to be voiced by a Syrian in order to get the correct accent and dialect. We soon found out this was easier said than done as many who have fled the regime are afraid of being identified. Through several contacts and with a number of people pulling out at the last minute due to fear, we were finally able to get an anonymous voiceover recorded. I did a first pass on the edit and went back and forth with Dan to make sure all the Arabic VO and titles were properly placed and made sense.

Who did you work with on the other elements of post like the score and sound design?

Ryan Taubert had been finishing up the score on my feature documentary in his studio in Los Angeles and one of the tracks from that film had the emotion I was looking for so I syphoned off that cue for this film. Brett Shaw fixed up my sound design and did a lovely mix from his studio in Brisbane, while Matic Prusnik in Auckland New Zealand, did a lovely job on the grade weaving together all the footage from the different camera sources.

What has attracted you to making films centred on social issues?

I’ve always gravitated to films that tackle social issues and in doing so I’m often challenged by the words of Philip Berrigan: “The poor tell us who we are and the prophets tell us who we could be, so we hide the poor and kill the prophets”.

I wanted to capture something simple yet that had a universal quality beyond culture.

Art and film in particular has this subversive ability that when the front door of the intellect is closed it can slide in via the back door of the imagination. I think by exposing light on the truth of situations I’m hopeful that rather than looking away we can instead be encouraged to lean into the sufferings of our neighbours and be challenged to live up to our better ideals of compassion and solidarity.

Are there any new projects you can tell us about?

Prior to Covid I spent most of my time travelling to far flung parts of the world making cinematic documentaries but that all went away last March with the pandemic. Since then I’ve been making a foray into the world of commercials with the good people at Sweetshop which I’ve been enjoying quite a lot and I’m happy to be working. The extended time in Australia also gave me the space to finish post-production on my first true crime feature documentary Evil Good which is coming out later in 2021.