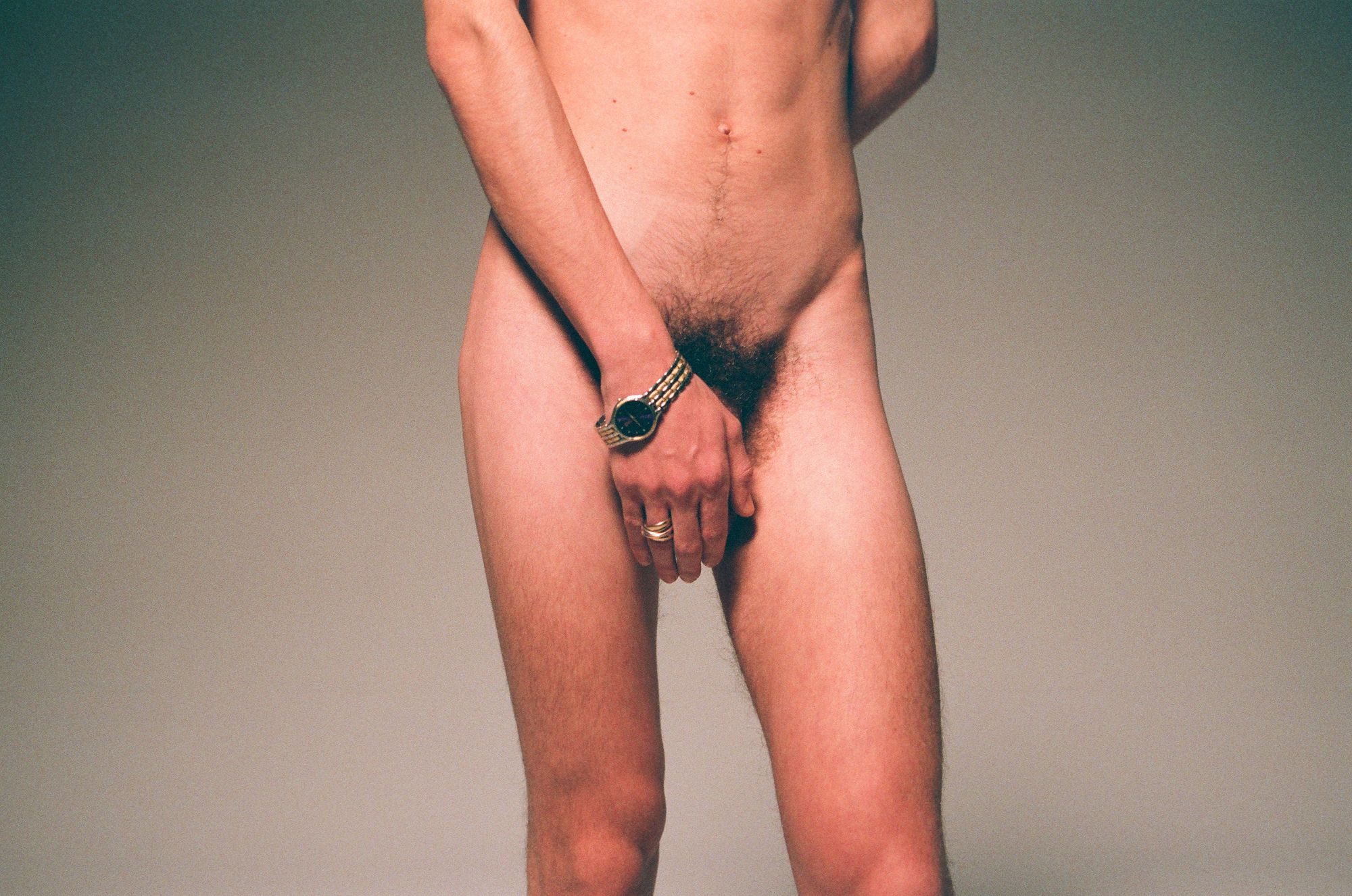 Why do we accept the fact that nudes are held hostage to the strict rules on social media platforms labelling them as inappropriate or explicit material? Whilst we can all understand why the need to protect users exists, the proclivity of internet usage and our reliance on the content we garner online means that a more flexible approach might be beneficial. Paintings and sculptures featuring nudity are accepted on most platforms but a pair of buttocks is considered ‘nudity’. How does this affect other more emerging art forms, be it short film, photography or a digital cover for a magazine and their ability to access a wider audience and succeed? Body was born out of a brainstorming call between Milan based director Tommaso Ottomano renowned for his work with high end fashion houses, creative director Vincenzo Schioppa and the magazine team at nss factory. Through the stories of seven both dressed and naked subjects, Ottomano explores ideas of flesh, emotional intimacies and our relationship with our bodies and how that reflects upon views on our own existence. The film addresses themes of identity and the duelling dichotomies of free expression and censorship. DN spoke to Ottomano about working with nss magazine who understand that today more than ever culture and art need new ways to communicate and to reach everybody, and OnlyFans which besides the salacious stories you may have read, is one of the platforms revolutionising digital content creation and giving voice to so called alternative art forms.

A heads up, both the film and following article contain some NSFW images.

Where did the desire to explore the relationship between the physical and mental ego come from?

Body began as a bit of a personal challenge. Nudity is a subject that is heavily covered in photography but very little in video because it is difficult to approach and it is easy to fall into something that can be grotesque. I wanted to create something that united both the aesthetic anatomical or physical aspects to the mental and intellectual aspects because they are naturally combined. Each of us has a different perception of our own body which, however, often dissociates itself from the perceptions others have of us. There are those who love their body and those who hate it, those who were born in the wrong body and those who shape it to their liking. I tried to investigate this topic by looking at the bodies and listening to the thoughts of 7 different people.

Each of us has a different perception of our own body which, however, often dissociates itself from the perceptions others have of us.

The film features a prominently varied selection of people, how did casting work? What are the backgrounds of the chosen subjects?

It took us about 2 months to prepare the video and only 1 day in the studio to shoot it. All the time was practically devoted to casting, which is the most important thing. Some are friends, others have been selected through Instagram. There wasn’t actually a big fuss regarding the selection, each one was picked after having a chat on the phone.

Once you had selected the participants what sort of questions did you ask them?

To each of them I asked a single very ‘vague’ question to be answered in any way: what is your perception of your body? I asked them to think about it for weeks and to answer me only after the shooting. Subsequently everyone sent me a voice message on WhatsApp from which I then cut the parts that I thought were most interesting and suitable for the ‘story’ I had in mind. Some of them totally let loose and vented by recording these voice messages. 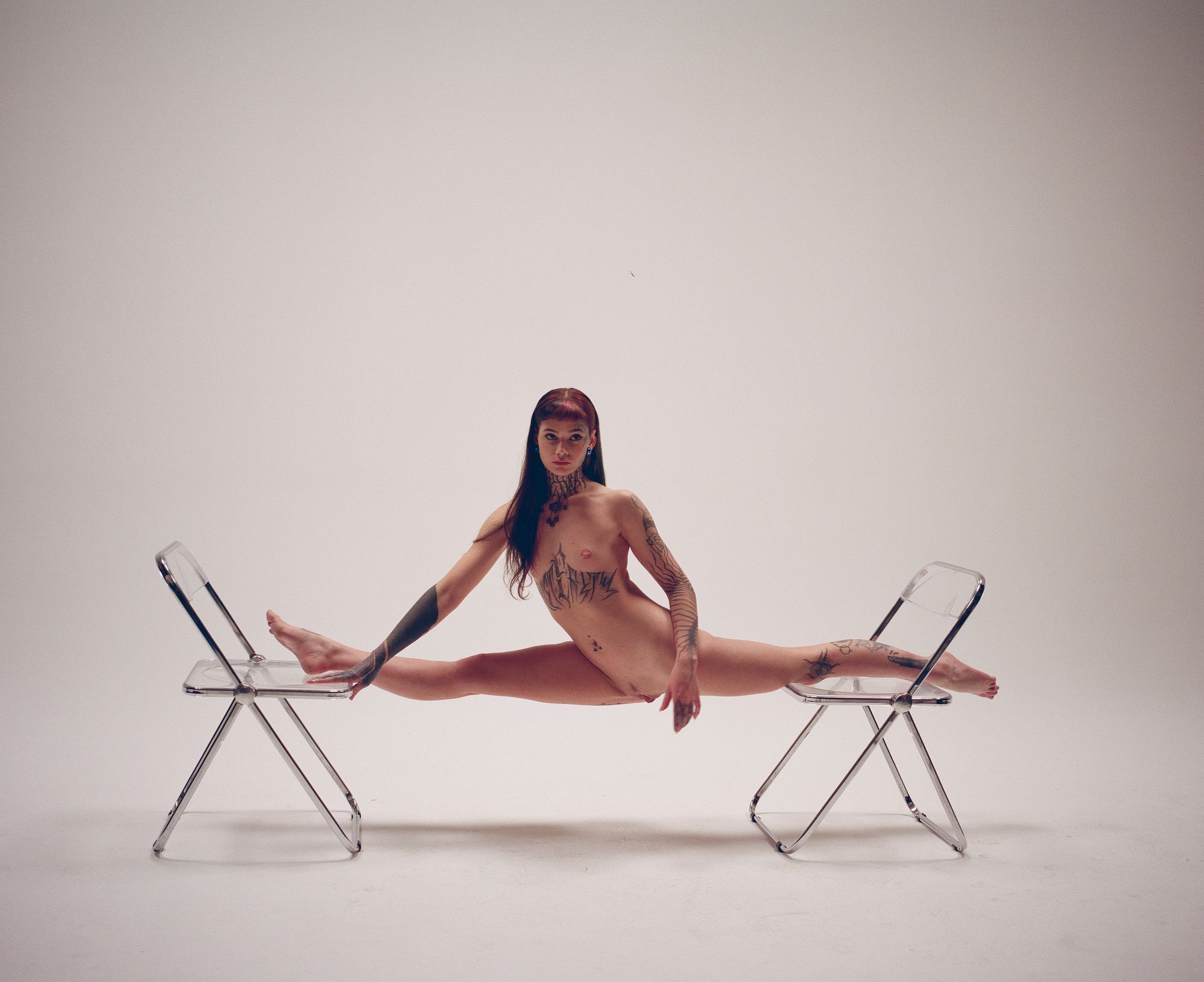 Why did you decide to host the project on OnlyFans?

The project was done with nss magazine as a digital cover, together with the magazine we decided to publish it on OnlyFans to fight Instagram’s censorship policy that most of the time limits cultural and art forms of expression. So partly out of spite and partly because OnlyFans is one of the platforms of the moment, we decided to publish it there, despite knowing that it might have hindered visibility, Body was the first Digital Cover ever published on OnlyFans. That said, Body was conceived from the beginning as a video installation so in the coming months, hoping that the situation will return to normal, the long version of the film will be physically exhibited in Milan.

We decided to publish it on OnlyFans to fight Instagram’s censorship policy that most of the time limits cultural and art form of expression.

How did you work on the cinematography to achieve Body’s bold visual ambience?

For photography I was inspired by the greatest exponents of nude photography of the 70s/80s, the peculiarity of the lighting on the bodies shot by Robert Mapplethorpe. The video was shot on 16mm film and with the DOP Marco de Pasquale, we studied a simple light scheme that could give us the possibility to make the three-dimensional bodies of the light transitions positioned in different points of the limbo. Another element stolen from the 80s is the lighting of the degradé backdrop that from white ends up with gray/black tones in the upper part of the frame.

Where did the soundtrack come from? It might not be the expected music yet it works seamlessly with the change in tempo etc.

With the sound design I wanted to give a touch of irony to the video to create a short circuit in the video. The music comes from a label with which I have collaborated a lot in the last period, it’s called 19’40” and it’s an incredible project. The music is a re-adaptation of The Planets by Gustav Holst.

I am working on several projects, both commercial and non, related to fashion which is mainly the world I work with. In the drawer, however, I have several personal projects already written that I’m trying to carry out. One in particular that I would like to achieve by 2021 which concerns birth.