For nonverbal autistic people, it can be incredibly difficult to relay thoughts and feelings to the outside world. Their struggle to be understood was transformed in 2007 when the thirteen-year-old Naoki Higashida managed to write a book explaining his experiences. Written in a non-traditional form, authentically adapting it required a new approach from DN alumni director Jerry Rothwell. Instead of merely referencing the book however, The Reason I Jump creates an immersive visual and sonic language in order to approximate the experiences of living with this condition. Focusing on five different children across the world, stretching from the USA to Sierra Leone to India, it shows how far the conversation still needs to go when it comes to understanding autism. An enthralling, perspective-altering film that picked up the Sundance Audience Award for World Cinema Documentary, we caught up with Rothwell to talk about creating 360 degree sound, focusing on the children instead of their parents, the larger civil rights issues facing people with autism, and his plans for sensitive screenings in London.

When did you first encounter the book and what were your impressions while reading it?

I’d heard of the book but I encountered it through Stevie Lee and Jeremy Dear, who produce the film alongside Al Morrow. They have an autistic son, Joss, who is in the film. They came across the book when he was five or six years old, and it had changed the way they thought about communicating with him.

In a lot of depictions of autism they tend to focus more on the parents while it’s hard to get the child’s perspective, but this feature does something quite different. How did you want to approach the subject?

I’ve watched the film twice and the second time was more rewarding with headphones on. I’d love to know about the 3D world of the audio.

The book talks a lot about ways of seeing and ways of perceiving the world. Above all, it describes the sensory experience that I really wanted to convey to the audience by moving away from a neurotypical way of viewing things. I talked to Sound Designer Nick Ryan, who I really wanted to involve in the project. He’s synthetic and brings that neurodiversity to the work. And synesthesia is something a lot of non-speaking autistic people experience. He immediately said let’s do it in 360 degree sound. In a Dolby Atmos mix, you can place a sound anywhere within 128 positions in a cinema.

There’s a trope where non-speaking autistic people are represented through the experience of their parents.

We had a very small crew because we wanted it to be intimate and non-intrusive so it was literally DOP Ruben Woodin Dechamps, Sound Recordist Sara Lima, myself and a camera assistant. Sarah was tasked with making 360 recordings pretty much constantly, both of the spaces we were in but also the action as it happened. She had a double MS mic which helps to give a surround feel. We were recording like 18 tracks of sound kind of constantly. I think we ended up with a terabyte of sound.

We wanted to talk the way the book talks about memory and association in relation to sound and translate those into cinema. For example, there’s a moment in the film where Naoki talks about his experience of rain; that to understand the link between the sound of rain to the idea of raining, he has to go through that in his head. Sara recorded the rain, but then we worked on top of that with sounds that are resonant of rain, like the crinkle of paper or the tapping of a piece of metal. Hopefully at that moment you can experience something about the way sound can create different associative memories.

Consent in any documentary is an iterative process.

Given the way that non-verbal autistic people can be upset or distracted by the world around them, what was the challenge of filming them?

We kept the crew as small as possible, usually two or just three people in the room. Consent in any documentary is an iterative process, it’s not just something that comes with the signing of a release form but the process of the person coming to understand what you’re doing, what you’re making and what the consequences of that will be. So we did a lot of showing people the camera, looking through the camera and replaying the material. I actually found that they were less distracted by the camera than a neurotypical person would be. But during filming there were, of course, moments of stress so it was also about knowing where to draw the line.

The Reason I Jump broadens out by the end into a civil rights documentary, especially with the scene in Sierra Leone when the parents start a new school. It’s an extreme example, but the struggle for civil rights across the world for autistic people can be felt anywhere. How much did you want to take the film from a sensory experience to tackling these broader issues?

The film doesn’t have a conventional plot. It visits these characters in sections and hopefully each section builds on your experiences with the previous person. The book itself is a Q&A: it’s 58 questions to answers that Naoki wanted to ask about autism. So I wanted it to be subjective and personal and then move out to ask: what are the social implications of this? And it’s definitely not just an African problem.. 50, 75 years ago in Europe, we were killing autistic people. When I first started working with them in the 80s, it was just on the back of long-stay hospitals where people were dumped for their lives. We’re hopefully emerging now, although there are steps backwards towards the time when the social response to autistic people was to put them out of sight.

We wanted to talk the way the book talks about memory and association in relation to sound and translate those into cinema.

Tell me a bit about the screenings themselves? Will they be in 360 sound?

Yes. The release on June 18th in Picturehouse will be in 360 sound but it obviously depends on the technical capacity of the cinema. In Dolby Atmos cinemas we’re having Atmos Days on the Tuesdays. We are experimenting with a relaxed screening. For a lot of people, cinema can be prohibitively intense, but the BFI has been pioneering these relaxed screenings, which have come from theatre. We’ve done something which brings the sound down a bit, reduces the intensity of the images and has warnings when something intense is going to happen. It’ll be interesting to see how that works with audiences who want that. 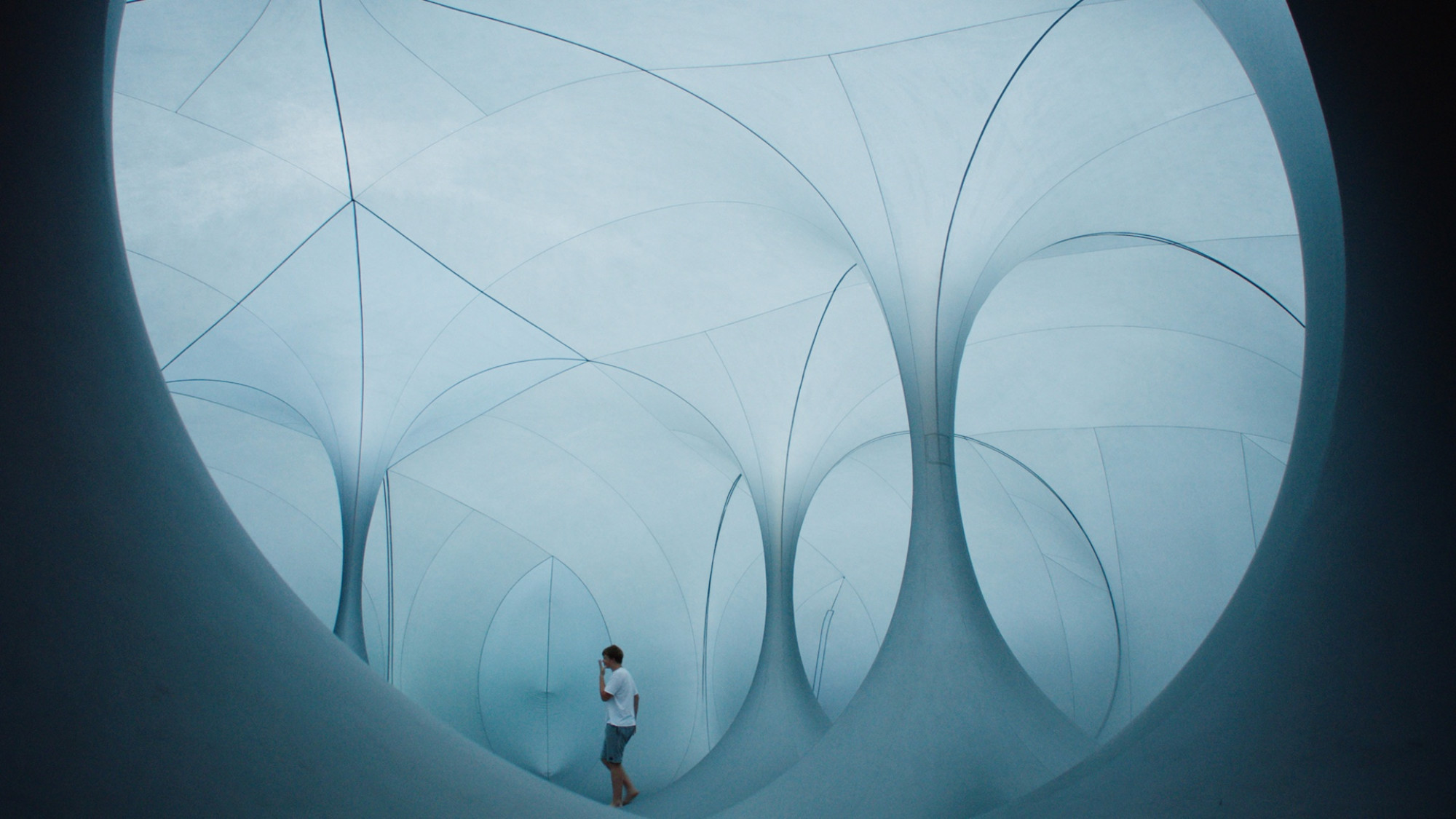 The Reason I Jump launched at Sundance 2020, then a month later the world shut down. During that time I’ve been listening to 300 hours of tape recordings from a house haunted by a poltergeist to create a series about these events. I guess it’s not a million miles away from The Reason I Jump in terms of being about perception and what we think of as reality. It’s an exciting project to work on!