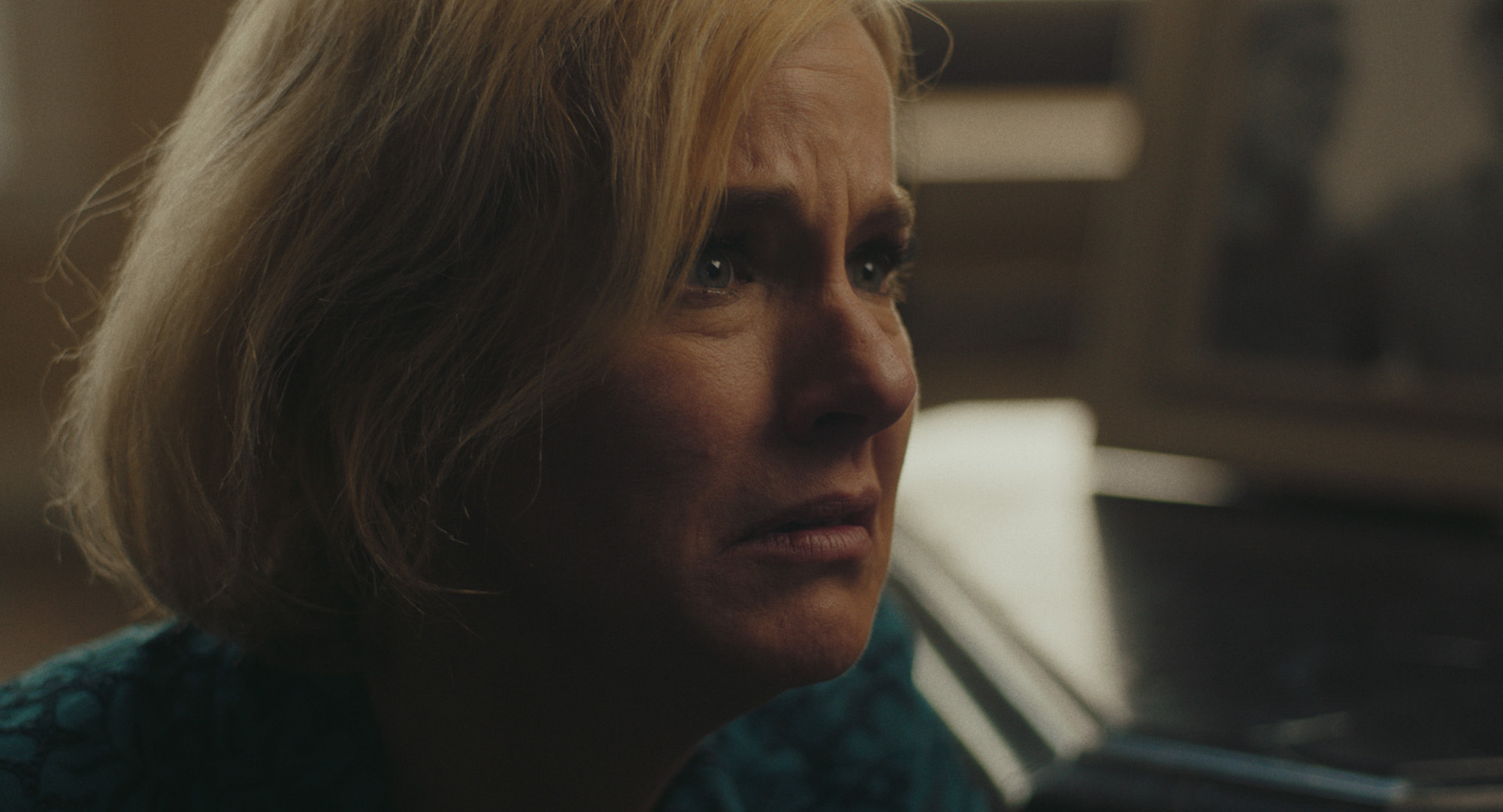 Being a small-time grifter might look like an easy way to make some money, but you have to know what you are getting into. Owen Schwartzbard’s Hello Ma’am tells the story of Paul, a young Texan who believes he can con people while scootering across the streets of Austin by selling them an invented sob story. Mixing media to evoke a particular early 00s feel, overlapping voiceover and directing vulnerable yet fascinating performances, Schwarzbard’s story shows us the price of falling for your own spiel. He joins us for Hello Ma’am’s online premiere to talk about growing up in the suburbs, mixing in camcorder footage to create a documentary feel, collaborating with longtime writer Harris Kauffman and the darker side of pursuing the American dream.

I’d like to start by asking you about the suburbs where the film is set. These are places you’ve grown up in, right?

Yeah. I grew up in the suburbs of Houston. Harris Kauffman, the writer, grew up in Fresno, so it’s a setting we were both familiar with. It was something we bonded over quite a bit in our collaborations so it was just a go-to setting for the film we wanted to create together.

How much do you collaborate? Did he come to you with a script?

We met a while back while we were fellow interns at a production company in Los Angeles. We’ve collaborated a lot since then sending each other ideas and writing scripts together. This was the first time we actually created something together. I had a vague short story concept that I sent to him one day, some very bare ideas about the dark side of the American dream, what success is and what happiness means. Harris took that and turned it into this really great, fully-fleshed out screenplay.

I’ve always been really interested in combining documentary with fiction.

I love the momentum of this opening with the voiceover, which overlaps a lot then quickly gets cut short in the car.

What we’re trying to do is just create this idea that he’s rehearsing and that it’s not really his speech, but he’s trying to practice to be himself. It sort of mirrors later when he has this shift, gains this bravado and says this whole speech for the first time on camera. 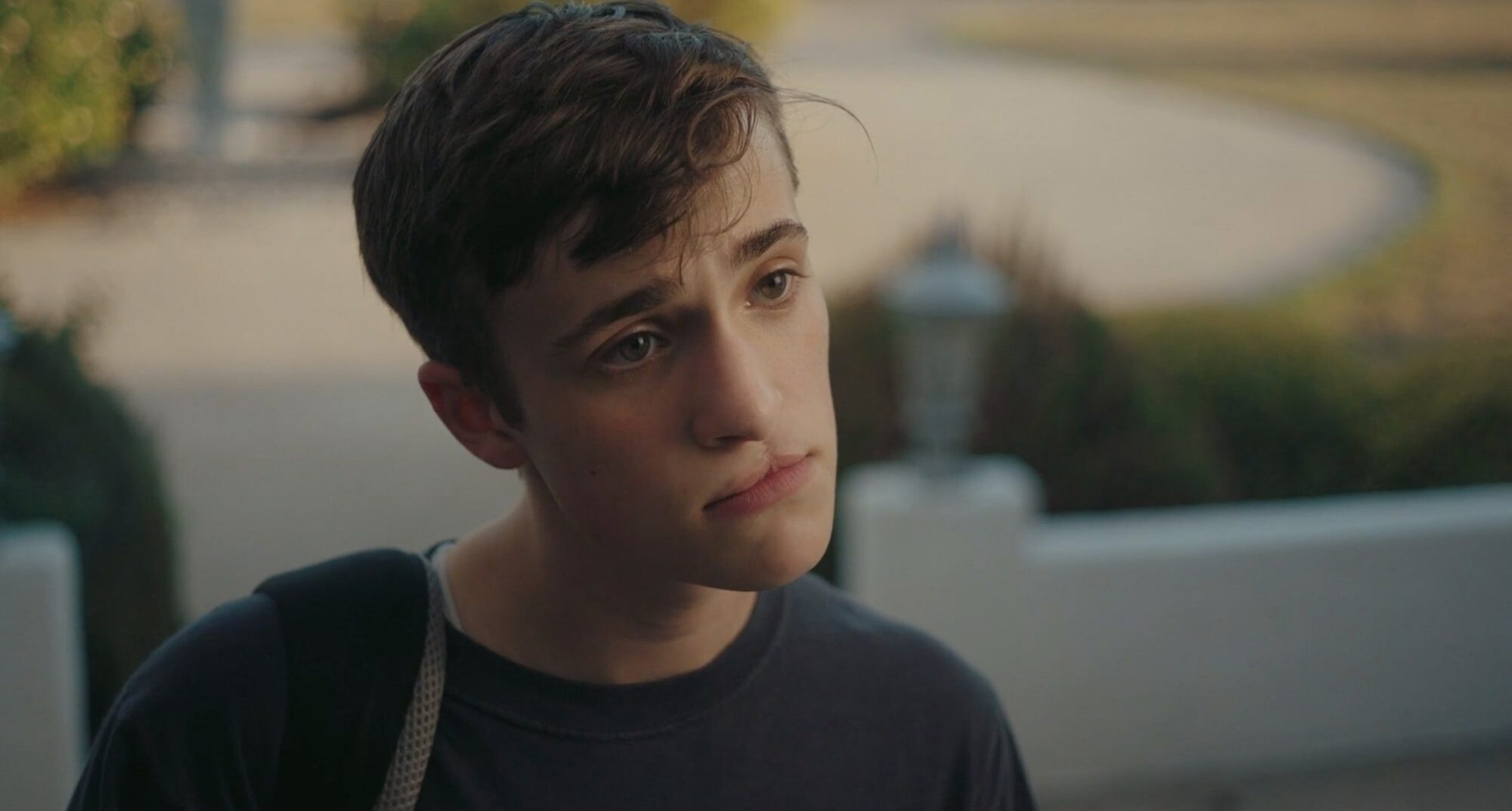 And your lead Tyler Holmes is very compelling, combining cocksurety with this sense of vulnerability. Can you tell me a little bit about the casting?

We put out a wide net looking for young actors to play the role of Paul. But I think we were particularly looking for someone who didn’t feel like they were acting but giving a really authentic performance. We wanted someone that could navigate both pretending to be someone else while also showing that they’re not really that person. Tyler fit really great. Paul is an actor in a lot of ways, so it was really cool to have an actor ‘play’ an actor.

I also liked how you mixed media in the beginning. Did you shoot those sequences on video?

We used a camcorder to film that sequence. I’ve always been really interested in combining documentary with fiction and using documentary style as a way to enhance the realness of a fictional place. The most obvious reference would be Gumbo, Harmony Korine’s movie, which I can’t seem to escape from. But using camcorder footage in addition to acting just seemed to make the world more real, and to blur the line a little between what’s real and what’s being filmed.

My experience has been growing up on camcorder and finding my interest in filmmaking through that medium. Resolution has become so advanced so it’s nice to break away from that and embrace a lo-fi feel. It just feels more personal and more grounded in the raw reality of the suburbs. I think the camcorder look will always be associated with that setting.

The music is brilliant, with this 90s, nostalgic, vaporwave-esque kind of feel. Tell me about your collaboration with the composer.

It was a real challenge to figure out what the score should be. As I added to the film, I used a lot of different temp music and shared things with Harris. It was fun to get a composer to come in, whose name is Sylvain Kauffman, Harris’ brother. He’s a super talented musician and composer. We let him take the reins. The main ideas that we shared with Sylvain were this blend of real sounding instruments and electronics, to create this vaporware kind of blend. It works with how we’re blending analog camcorders with a more normal cinematic look.

My experience has grown up on camcorder and finding my interest in filmmaking through that medium.

Hello Ma’am hinges upon this moment of horror, which came to me as something of a shock. Did you think a lot about what he could uncover there?

Hopefully everyone watches the film before they read this, but we wanted to play with the idea that he’s essentially trying to prove to himself that he’s not a kid. We wanted it to appear that he’s going to steal stuff, but then he ends up stumbling across this tragic scene. I think we wanted to teach him a lesson and see how that might shift his perspective. My hope is that as he’s scootering away from the house and you start to hear that monologue again, you are left with the question as to how much that moment has changed him. There is purposefully no answer to that. 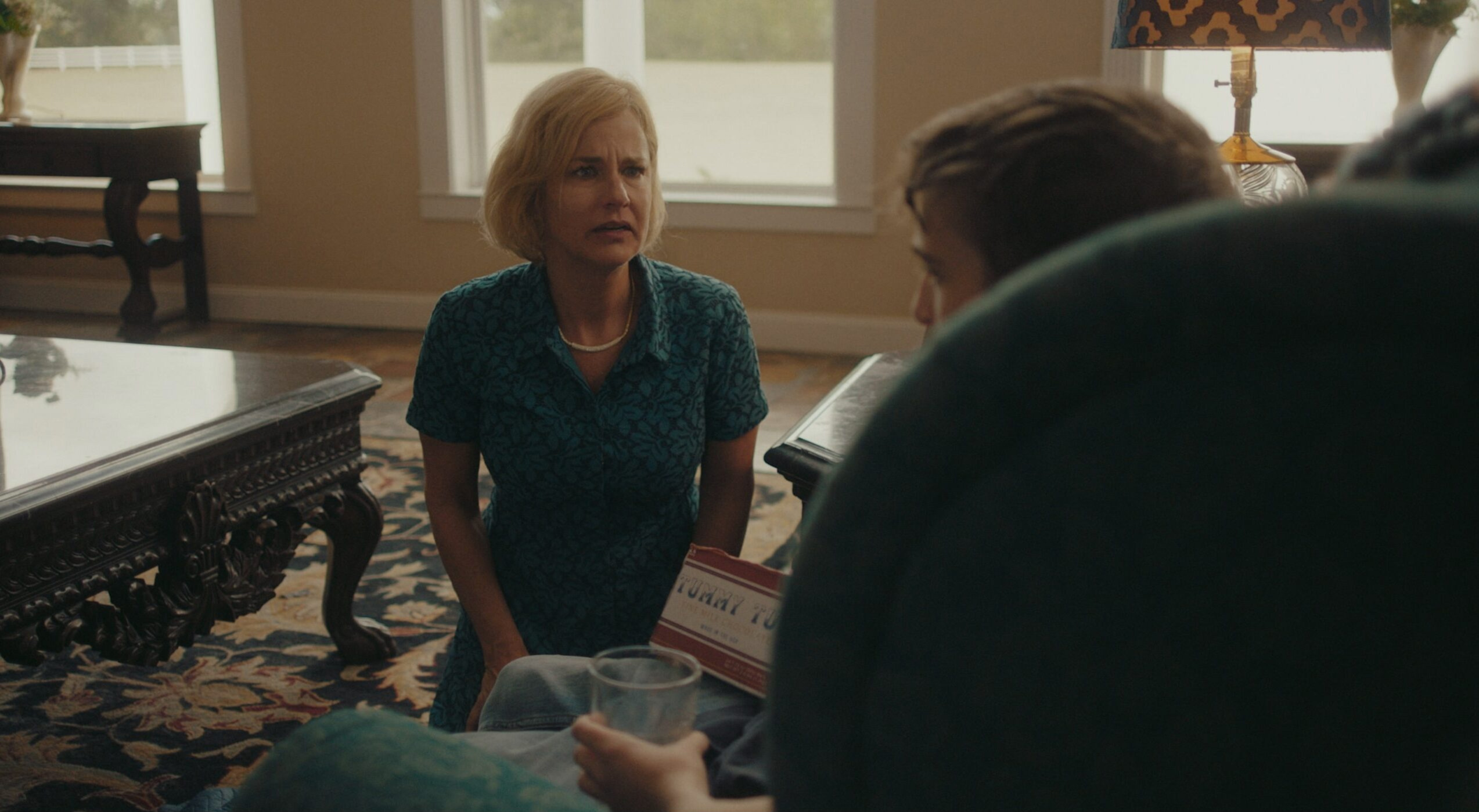 In the American Dream, the grind has to keep going… do you really believe that it’s real or just a fantasy?

It’s not a fixed idea, and that’s what’s interesting about it. When you’re growing up, it looks very simple: a big house, nice cars, attractive family. That’s where I think Paul is as a character: he has this expectation of what the American Dream is, and it’s sort of shattered. I think everyone goes through this experience, but maybe not as tragic as Paul’s. There are many facets to happiness. It’s not just material wealth, there’s a lot to it. The irony of the story is that he’s pretending to be an adult before he is. That’s ultimately why he doesn’t understand what happiness is.

I’m at the tail end of making my first feature documentary. It’s about how consumer DNA testing is changing the way people define families. How companies like ancestry.com provide family matches and people find a lot of surprises when they get the results.

Directors Notes is honoured to present the premiere of Hello Ma’am on our pages today. If you would like to join the filmmakers sporting a fetching DN Premiere Laurel, submit your film now.