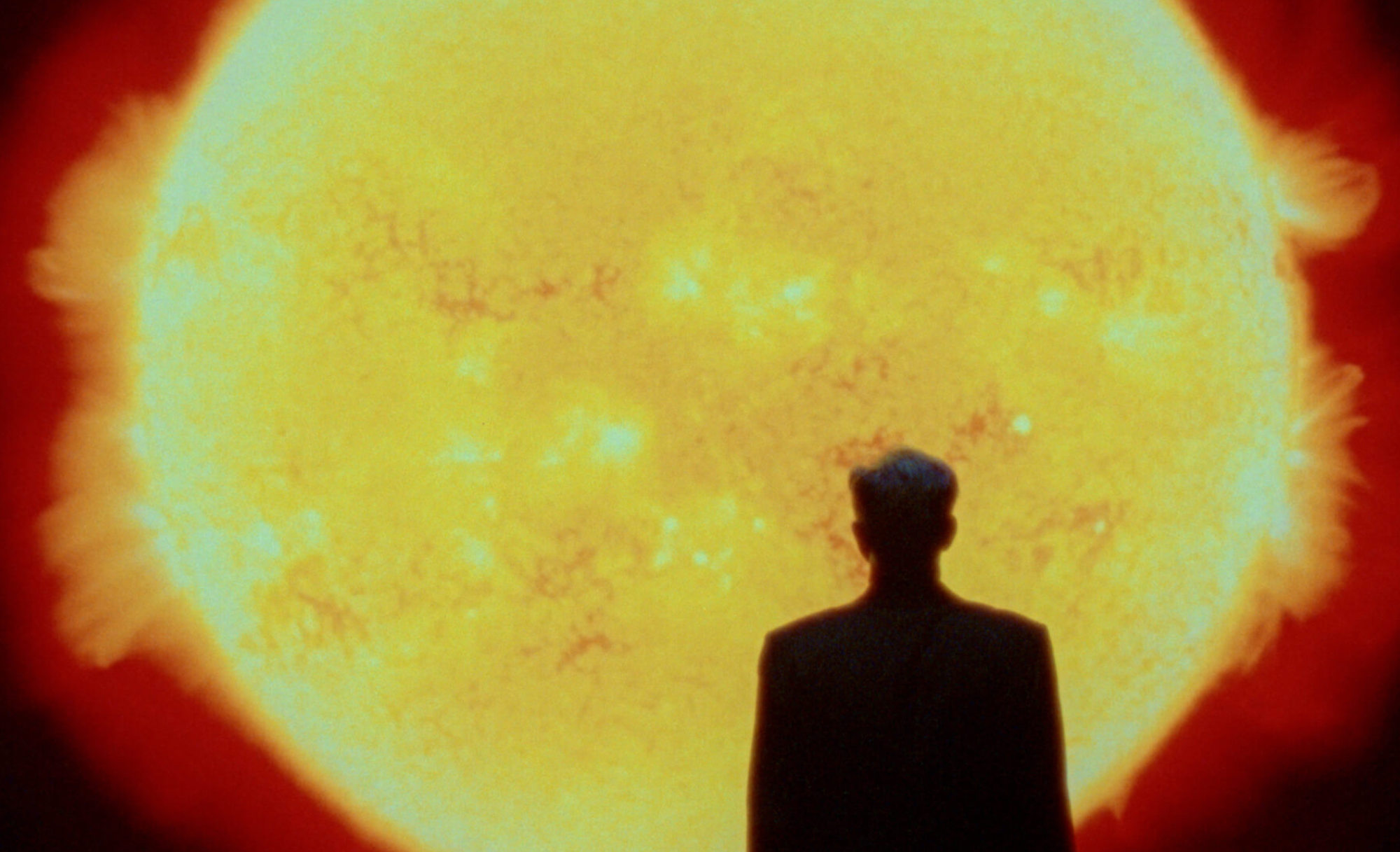 DN alum NONO (last seen on our pages here) and Rodrigo Inada’s latest collaborative effort – which was commissioned by nonprofit foundation The Karman Project – is an expansive look at our relationship to memorialising time. Terra Cene is an experimental reflection upon the connection between space, climate change and our place in the universe. The duo capture this through a series of reflective images that see humans juxtaposed with large displays of planets, people and archives in addition to a strong focus on brutalist architecture. It’s certainly a lucid and meditative short film to bask in and one that we were eager to speak to the co-directors about, delving into the initial reflections that inspired Terra Cene, their decision to centre the film around a time capsule, and our shared love for a good ol’ fashioned zoom.

You’re dealing with some of life’s largest concepts here, what drew to make a short film around them?

Lorenzo Musiu commissioned us to shoot this project at the end of last year. The non-profit organisation behind this film is The Karman Project, an NGO based in Berlin that is working with the main players in the space industry to push them to have a positive impact on planet Earth. The challenge was: how could we relate space with climate change on planet earth?

We thought about the Golden Record, the time-capsule sent to space in 1977 attached to the space rocket Voyager I, and how it carried memories and a huge archival of the human being and the planet Earth. This archival captured a very different planet than the one we live on nowadays, and if you think about it, it’s crazy: after 50 years of the launching of the Voyager, that planet Earth that was captured through codes, images and sounds, on the vinyl is only alive in the Golden Record, floating in space, beyond the Solar System. Climate change has transformed so much our planet and is still changing it every day, so we thought of making a film about a new time capsule that in fact is a message of awareness for whoever is watching it. 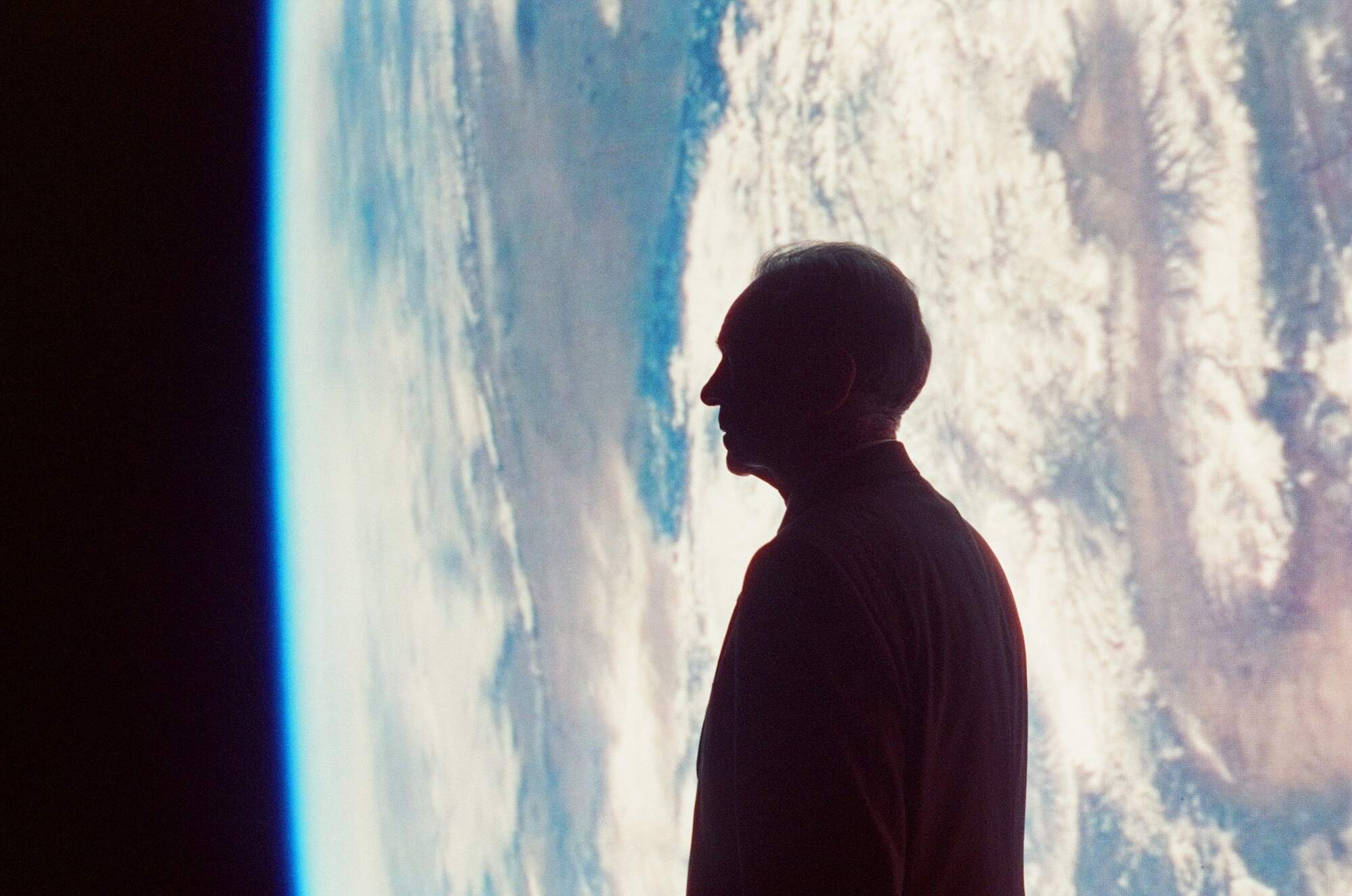 There’s the overarching theme of time that plays a large part too, what made you consider that as a focus for the film?

One of the concepts we wanted to develop, regarding the urgency of climate change, was time. Everybody talks about the countdown of our planet… but if you read the main specialists they are always trying to avoid talking about this because it creates the feeling that when you reach the number zero of the countdown, we are going to disappear and that’s not true. But if we’re realistic, human beings tend to live with deadlines, so it was an interesting contradiction that we used to reflect this chaos we are living.

We thought of making a film about a new time capsule that in fact is a message of awareness for whoever is watching it.

So in our film, we question the countdown, because: how can we have a countdown if time is infinite? It doesn’t really make sense, and we use this to create light at the end of the tunnel, to embrace hope, and show people that we can still change the direction we are going with the environment. And within the concept of time, we wanted to talk about the gap between the generations.

How long did it take to put Terra Cene together?

Across a couple of months, Rodrigo and I worked on the first ideas, and while the concept was growing, the budget remained super limited. But luckily enough we had the support of Landia, Saltwater Films, Magma, and Eighty4 among others who helped us to achieve our vision. Looking back it was incredible how every time we had meetings with production companies they got super stunned with the idea of the film and wanted to get involved.

Given the scope of what you were looking to capture, what drew you to the locations that ended up in the film?

For this project we needed real and super special locations. First, we thought of shooting in London, but suddenly we had the option to travel to Kyiv and shoot it there, and it was the best idea ever. We love Brutalist architecture and it was perfect for the kind of film we wanted to achieve. We shot for a day and a half, and we shot it on 16mm. It was a challenge because we had so many shots, and different set-ups and locations. But we think we managed well, and we achieved almost everything we wanted to shoot.

What do you think was the deciding factor in you being able to achieve everything you wanted to?

We had the help of our brave Ukrainian Producer Anastasya and Production Manager Anton, they fought for us and helped us a lot. And the casting was amazing too, we had so much fun with Ihor Ciszkewycz. He is a pretty famous Ukrainian actor, and at the beginning he was super serious, but then he started to make jokes, he is so energetic.

Could you break down your day and a half of shooting? What did you accomplish across that limited time?

The first half day we shot in the LED Cube, we had barely five to six hours to shoot all the shots where our protagonists are interacting with the space and with the effects of climate change. It was so intense and also really risky because we were shooting with really few sources of lights, mainly the ones coming from the LED’s screens, and even if we were shooting on 16mm we didn’t want to have a super grainy film.

The second day was such a journey, a really long day. We started in the film lab and from there went to the National Library of Ukraine, where we shot in four different spaces. Also using the ropes and rigs to do the floating scene. We shot on an Arri SR3, and mainly on 500T. The two days we shot with a Steadicam, but to be honest, we use the zoom lens a lot. We are big fans of the slow zoom-ins.

Same! I feel like zoom-ins are totally underused these days. On a similar technical note, how did you find actualising your visual effects, voice over and music?

This project was crazy, but the post work was insane. Both of us were in London, the editor in Amsterdam, the post-house in Barcelona, the composer between Berlin and Chile, the VO artists in NY and Landia who were coordinating everything in Madrid. So let’s say, it was not the easiest post job, but everybody worked so hard to make this happen.

We love brutalist architecture and it was perfect for the kind of film we wanted to achieve.

Eighty4 did an amazing job with all the CGI and gave the film the touch of magic we were looking for, Fernando Lui from Marla Colour Grading, as always, did an amazing job on the grade. Rigel Kilston who cut this together and made our footage sit seamlessly with the 35mm scanned film from NASA.

We need to give special thanks to Paulo Gallo, the music composer, who created this amazing original score that made the film skyrocket in emotions and feelings, we were so impressed about it when we watched it with the score. Diego Basualdo, one of the EPs that made this project come to life, despite all the stress we went through, Diego was always with a smile on his face and helped us to coordinate this madness post production that happened across four different cities. 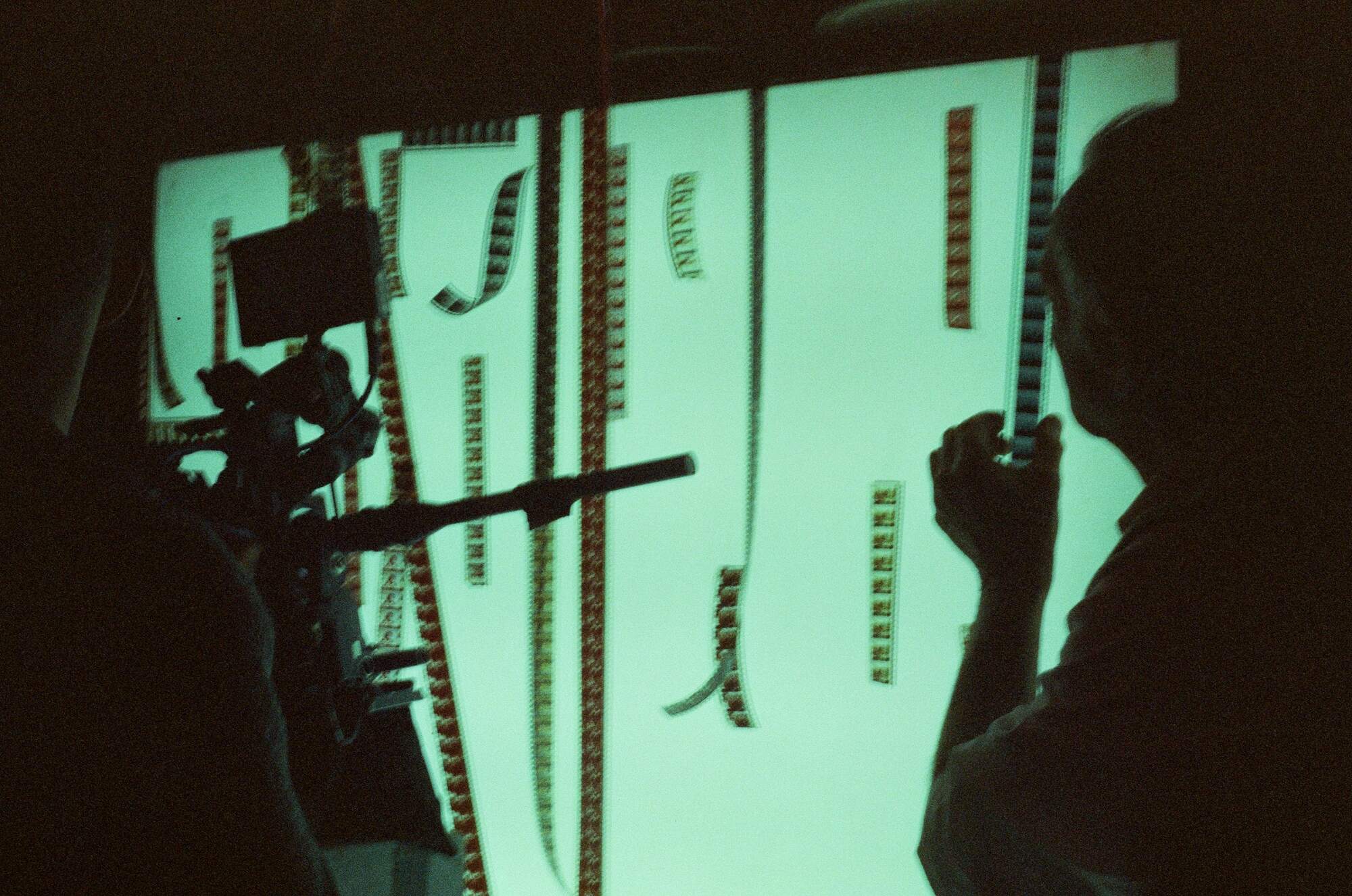 Now that Terra Cene is out in the world, what are your reflections on your experience with working on it?

We want to give a big shout out to all the EPs, crew and creatives that accepted to do this challenge with us. We are really happy and proud of being able to work in collaboration with so many amazing people who can come together in such a way.

What projects can we expect from the both of you next?

So Rodrigo is working on two films with Isamya French and NONO, and NONO is shooting a music video for Joy Crookes.