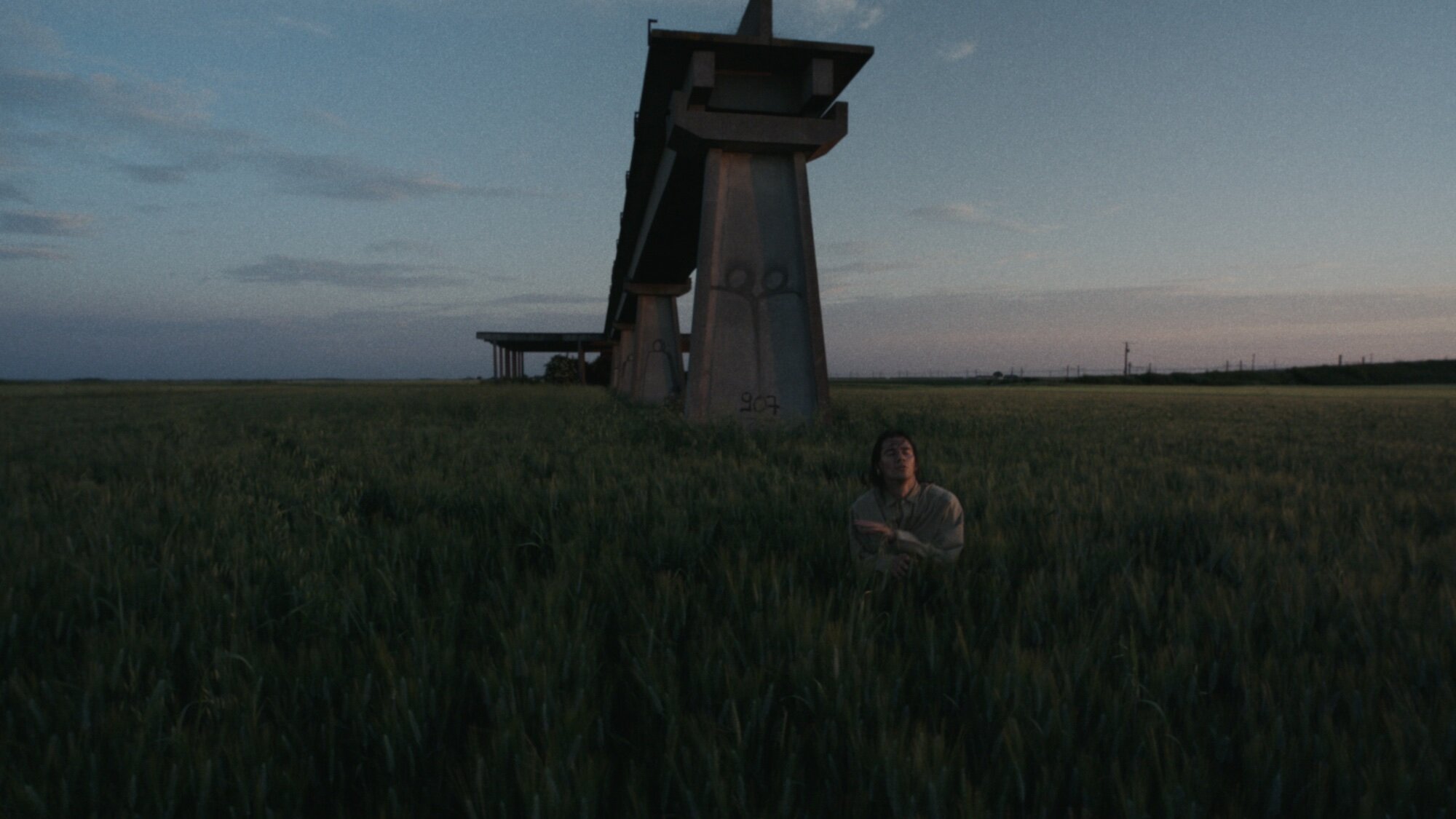 There’s a spiritual arc to Christopher Hanany’s dance short The Way. It follows movement from birth, the beginning of life, to its inevitable end, death. As a filmmaker Hanany embraces the fluidity and freedom of improvised choreography of his performer Yohann Hebi Daher, opting for the purity of spontaneous creation in place of pre-meditated manufacturing. This essence is what carries the short and makes it so special. It’s a meta-commentary about the joy of the journey as opposed to the supposed satisfaction of reaching a destination. This is also underpinned by music from Arca who’s ambient electronics and soaring vocals echo The Way’s spiritual nature. DN chatted to Hanany about the impulsive decision which led to making his short, why he opted for spontaneity over rehearsed choreography, and his desire to create work that allows him to take stock and enjoy the present moment.

What is it about this expressive or movement-based form of filmmaking that interests you?

I am a filmmaker and urbex explorer. In another life, I was also a professional dancer. Today, along with my professional projects, I explore the forgotten places of our world and try to convey a message that the place inspires me.

What was the creative impetus for The Way?

The Way is a project made in a very spontaneous way. I wrote the film a week before the shooting and I had found the place a long time ago. This cement path reminded me of a lifeline. The idea started like that.

This film allows me to take a step back from my situation and realise how lucky I am to be here.

In the film you can see a man, born as a baby and taking his first steps. Then as a young boy, he enjoys life, a youth that seems eternal. Time is like stopped. But time passes, he is now in the routine. Like a robot, he walks next to his life, he loses it on the way, until he dies out. I wanted to talk about life and evolution through our way, our choices and the consequences. We have the choice. Enjoy life and its experiences or miss out and die without being yourself.

You mentioned that you wrote the film a week before shooting? What made you want to shoot in such a spontaneous way?

Sometimes I like to work like that. An idea comes to me and I say “let’s do it”. Especially when the idea is simple to implement. Why wait?

What made you want to explore this notion of evolution through life and the loss of youthful eternity through routine?

We are always in a quest for evolution, to have more… From there we lock ourselves in mechanisms sometimes toxic. Personally, I’m going through a period of questioning, because I can’t reach some of my goals and that can sometimes make me sad. I then miss moments of life. This film allows me to take a step back from my situation and realise how lucky I am to be here.

What were you looking for with the choreography? How much input did you have in crafting it?

Yohann Hebi Daher had to show the evolution through the movement and Marine Lacoste through the clothes. That’s why he starts shirtless and free then becoming dressed and a prisoner of his remorse. We did not rehearse the choreography before. Everything was done on the spot, the day of the shooting.

You spoke there about the importance of the costume, what conversations did you have with Marine surrounding the styling of Yohann?

I asked Marine to show the evolution of the character with the outfit. From birth to death. The idea then came to add clothes during the rise of the character. Bare chest and free for the birth and covered and prisoner of himself for his death. 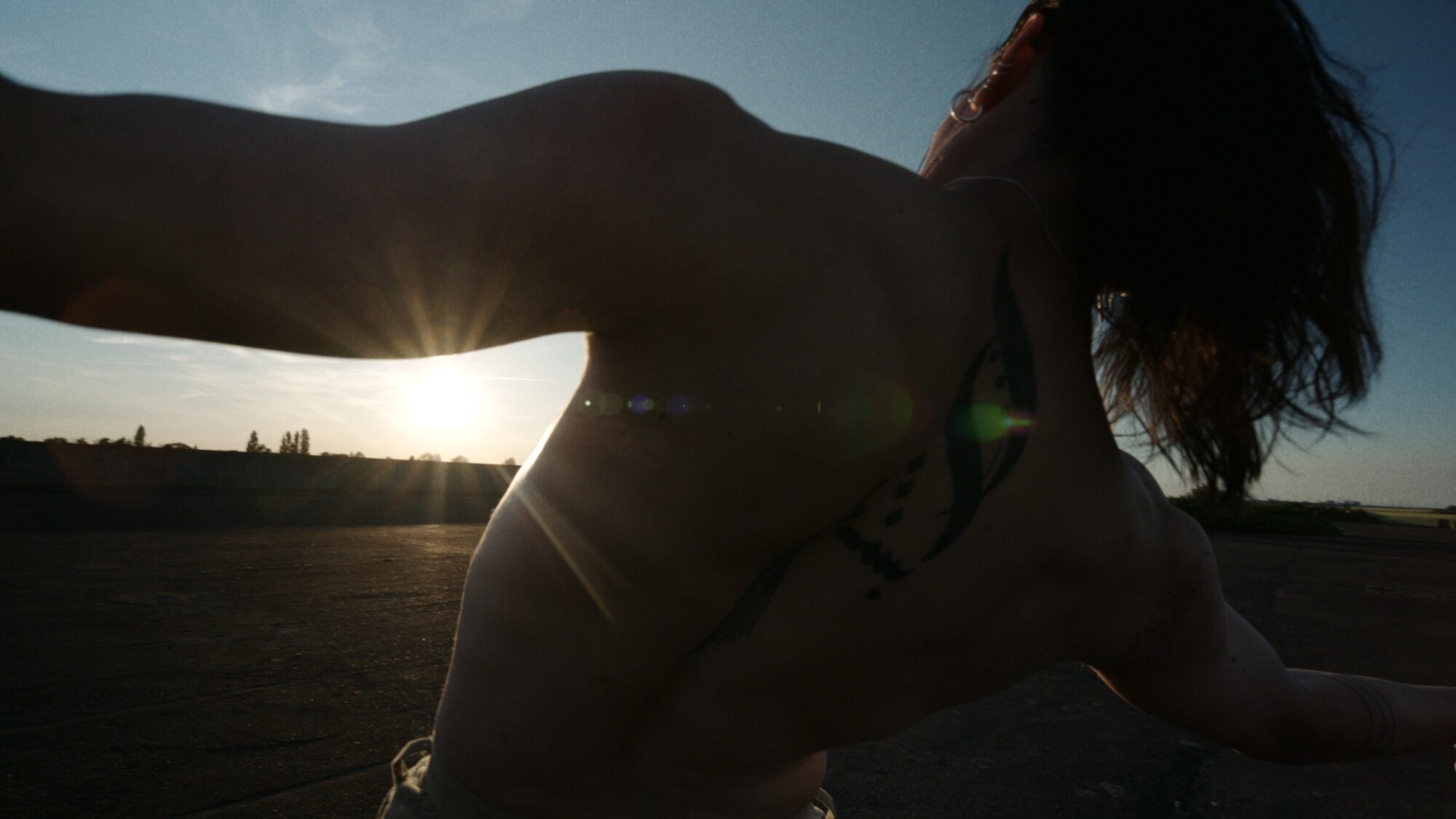 Jumping back to the camerawork, how did you find coordinating the cinematography around that improvised movement? Was there a particular approach you took?

The idea was to create long and immersive sequences at sunrise and sunset to signify birth and death. I am a dancer so I am used to filming movement.

You also mentioned doing everything on the spot, on the day of shooting, what do you enjoy about working in that way?

I like to follow a plan but I especially like accidents. The small mistakes that give beautiful things. Because they are true. With the right people you can often achieve great things in a hurry.

What do you believe films centred around dance movement such as The Way can say which other types of film can’t?

I don’t pretend to say that The Way says more than others. It’s just my vision. My only desire is that it speaks to as many people as possible.

We did not rehearse the choreography before. Everything was done on the spot, the day of the shooting.

How was it working with Arca on the music? What is it about the way she composes that you were looking to bring to The Way?

I came across this music by chance in the car on my way back from the shooting of The Way. The atmosphere touched me a lot. Not speaking Spanish, I went to see the translation and the lyrics corresponded in a poetic and dark way to the story I wanted to tell. According to my interpretation, they are about leaving the past behind, about living in the moment because the future is always uncertain and about resisting because we are alive but act like soulless people.

What do you think you learned, in regards to your craft as a filmmaker, by making The Way?

That I really love what I do. I’m lucky enough to be able to tell stories in incredible places. I don’t ask for more.

And lastly, what can we expect from your next film?

My next film was shot this summer and is in post production. It will be about transmission, learning from mistakes and hope.