Caraz Straddles the Gap Between Childhood & Adulthood in the Surreal ‘Do Butterflies Remember Being Caterpillars?’ 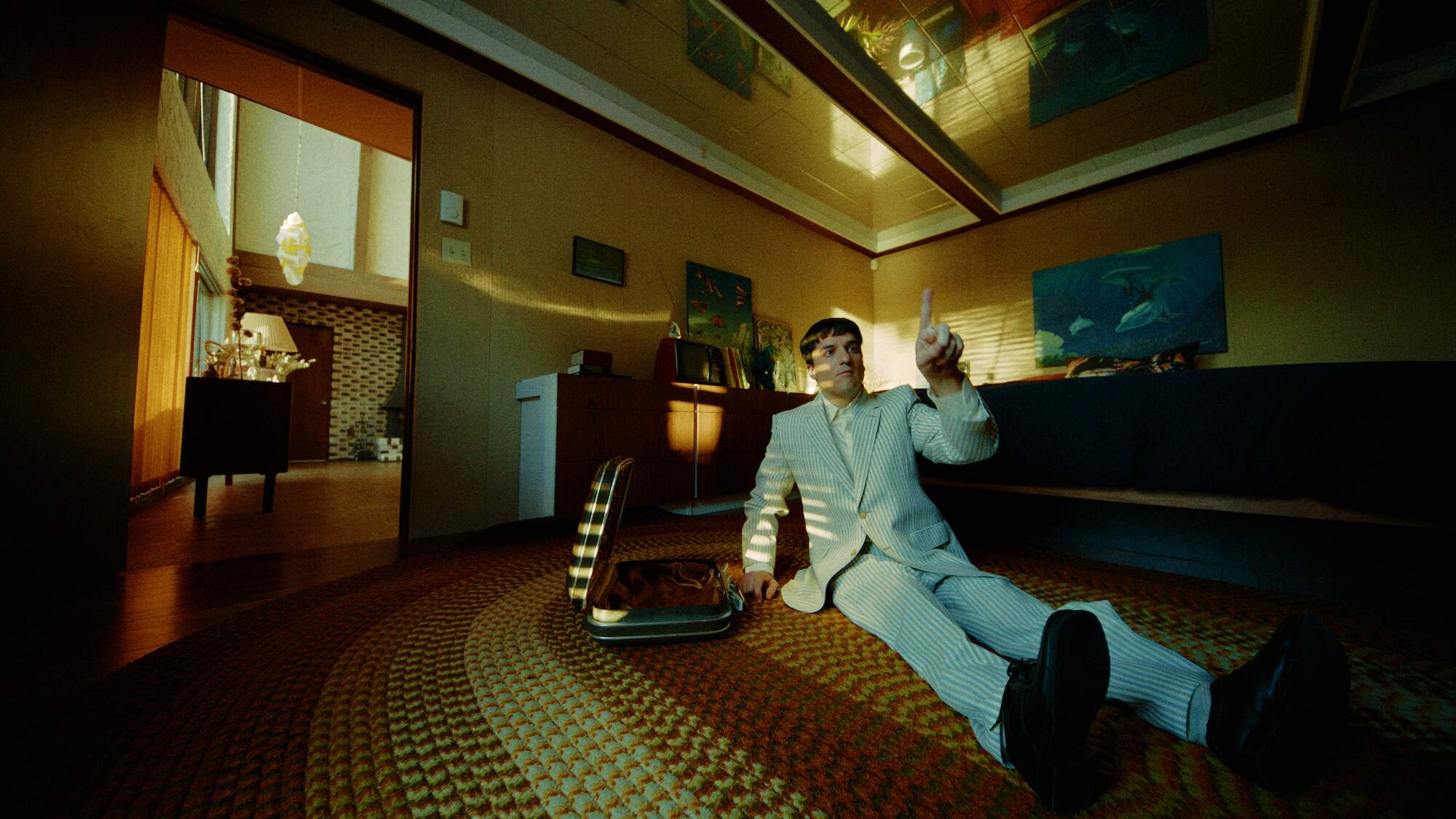 Over the last year we at Directors Notes have become big fans of the folks at Films.Dance and the innovative work they’re doing to create fresh and singular dance shorts, each with a wholly unique perspective. Their recent film Do Butterflies Remember Being Caterpillars? is a surreal work by Caraz which sees a man performing with childlike expression. It begs the existential question of whether he is a child stuck in a man’s body or whether he is a man becoming a child once more. Either way, Caraz captures his consistently unpredictable and youthful movements with a strong sense of framing, vibrant colouring and a tactile grainy texture. It’s another excellent piece and DN was happy to get the chance to chat with Caraz about her creative motivations for the film’s distinct visual palette and the enthralling choreography for her character’s purposefully childish sensibility.

We’ve become real fans of the work Jacob Jonas The Company do. How did you come to collaborate with them on this short?

I was not so sure about getting involved in the collaboration when Jacob first reached out. I knew if I wanted to create a great piece for the series it would require a tremendous amount of work and resources therefore I declined the proposal. A few months later, JJTC reached out again and convinced me to meet with them and Alessandro Giaquinto to see if we had a fit. This is where it sparked. Something unique was happening between us two. I fell in love with the way we created together. Alessandro’s expressive personality and precision pulled me in and Jacob’s joyful willingness to try anything seriously kept me there. After that first call I was totally in.

How did you all generate the concept of youth and adulthood being at conflict within a character?

I had zero ideas for the storyline. For the first meetings I would just sit there and watch. The source of my inspiration mainly came from little details, like facial expressions or some of the movements Jacob named Butterfly, Elephant Man, Bouncy-Bouncy and what they represented for me. As the choreography took form, I knew it had to be about the duality of adulthood and childhood, an opposition between burden and freedom. Then, I let the information sit in my brain for a few days and one night before falling asleep the film came to me. The next morning, I was ready to build the treatment.

The look of the film I think reflects those themes too of adulthood and childhood, it looks mature yet vibrant? Is that a fair assessment?

We shot on Alexa Mini with Lomo Illumina but all the wides are shot with an 8mm Ultra Prime, Derek and I’s favourite lens at the moment. Lighting was pretty simple because we only had one day, including travel time far outside the city and very little money for production. It was a grey winter day, some moments were even shot at night, but our goal for the image was for it to feel like an endless summer morning. To achieve that look Derek Branscombe, the Director of Photography, lit primarily with tungsten Lekos bounced into CRLS mirrors in order to create warm splashes of light on the decor.

I knew it had to be about the duality of adulthood and childhood, an opposition between burden and freedom.

Did you approach the colouring and grainy texture in a similar way?

The nice colours and 35mm look came with our Colourist Simon Boisx. The colour grading was very intuitive since Derek, Simon and I have worked together a lot in the past years. Our creative process is mainly perfecting the established look with Simon’s secret recipes while roasting each other.

What is it you enjoyed most about collaborating with Films.Dance? How do you feel your filmmaking has developed in making this film?

Collaborating with Films.Dance was a unique experience. They have connections all around the world, which gave us the opportunity to work with artists we wouldn’t otherwise get the chance to collaborate with. They have this incredible eye for pairing directors, choreographers, and dancers in order to create original and compelling dance films. They gave lots of creative freedom and production support throughout the process.

My filmmaking has developed in the sense that they encouraged me to pursue something very personal. Although the ultimate goal was to create the best storyline in which this specific dance can exist, I had permission to break from the traditions of the dance world. I had a blast shaping the choreography to fit a certain story that carried a deeper meaning, at least to us. 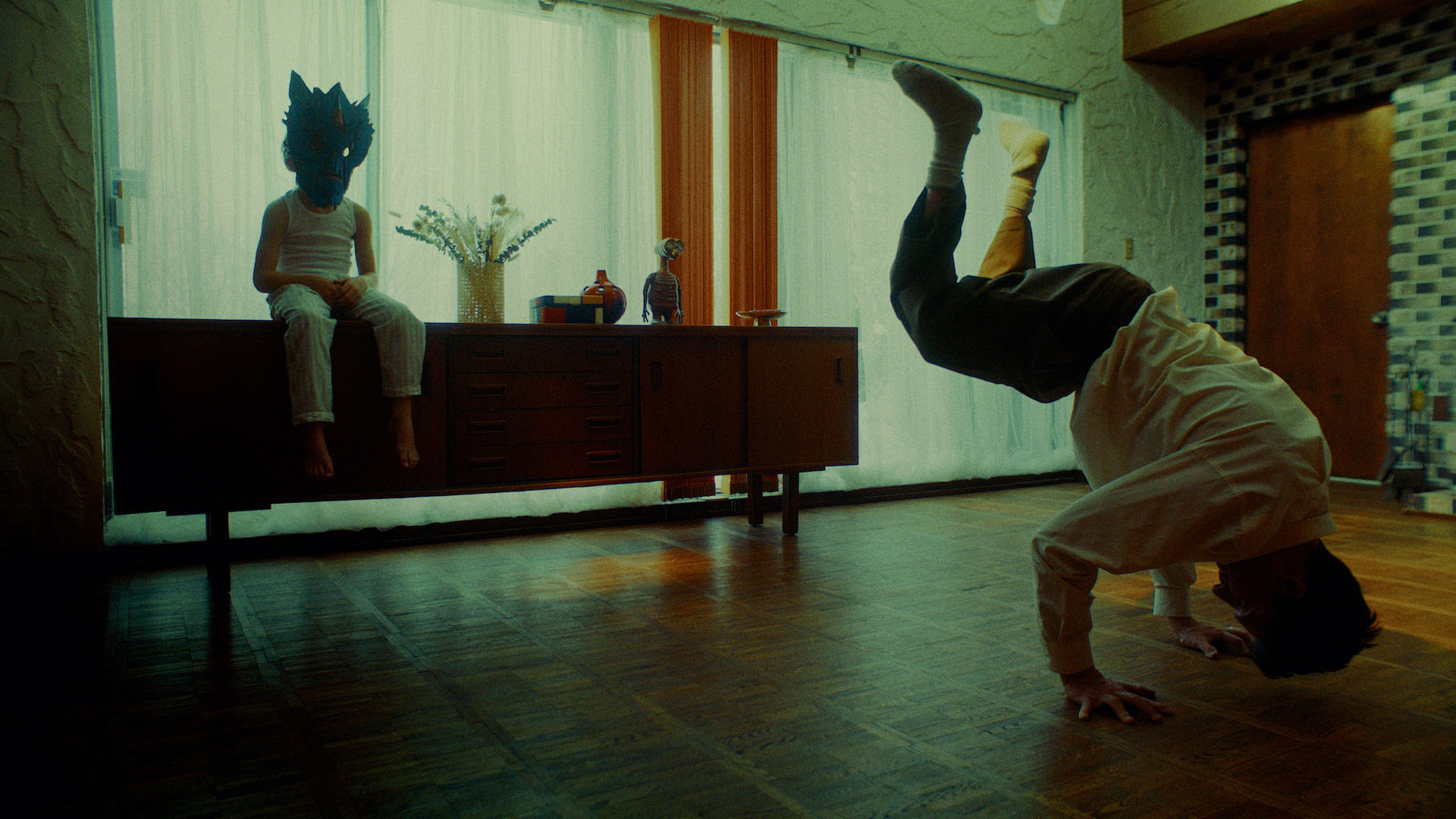 How did you approach working on the expressive choreography with your performer?

We wanted to explore new forms of dance with Luca Patuelli, who’s well known for breaking with his crutches. It started from Luca and Alessandro who had already choreographed a few facial expressions as part of the dance. I wanted to capitalize on that because I found that Luca had inherent acting qualities that needed to be a part of our bigger story. The fact that he was interested in acting inside a dance context supported the narrative of the film. It came full circle because the expressive choreography allowed the story to exist, and it fit the exact story it originally inspired.

Our goal for the image was for it to feel like an endless summer morning.

I’m working on my favourite commercial of the year with my friends at Colossale, it’s a wine ad where the agency gives their brief and then pretty much carte blanche.

Do Butterflies Remember Being Caterpillars? is one of the many great projects shared with the Directors Notes Programmers through our submissions process. If you’d like to join them submit your film.