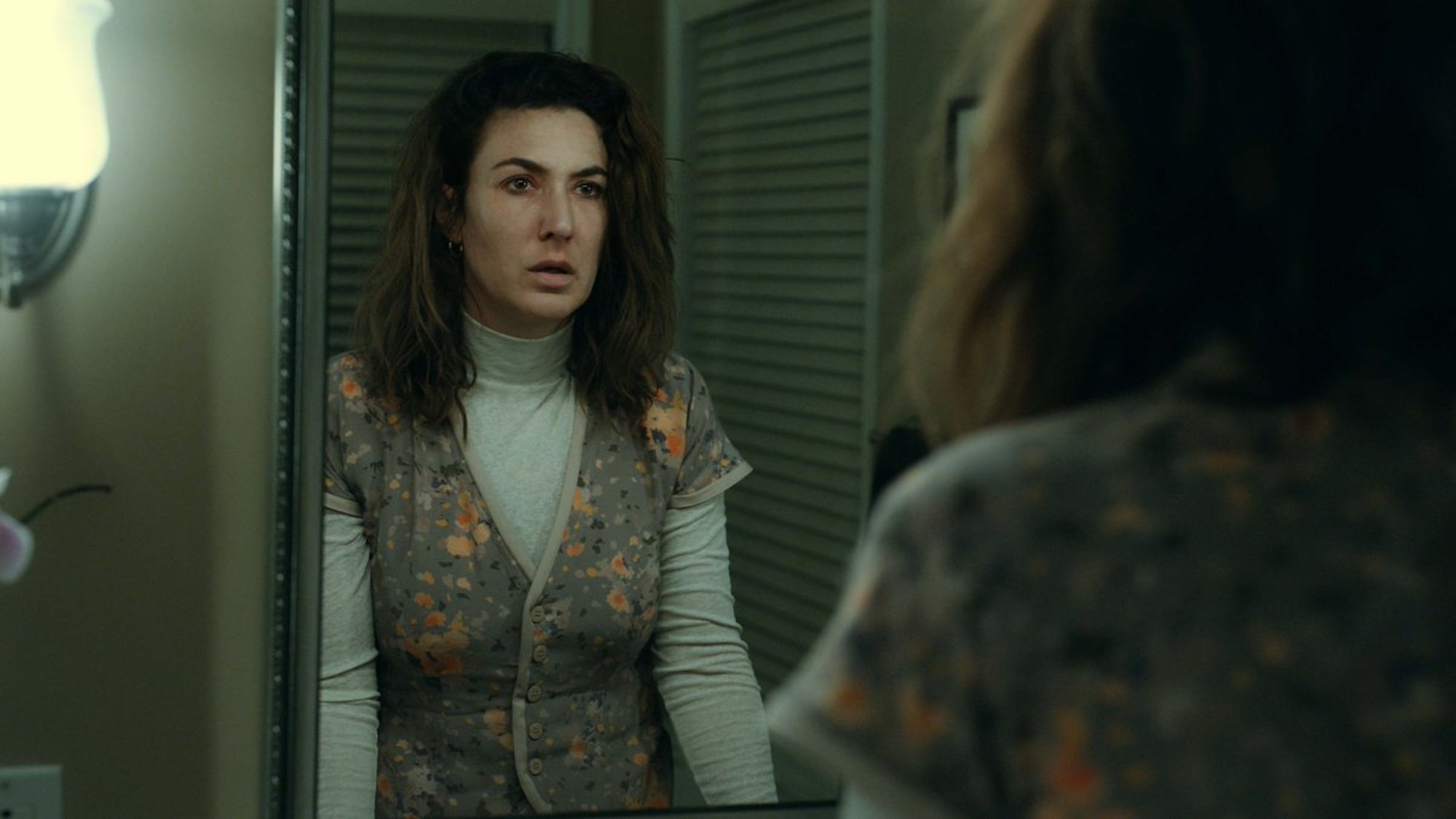 Director Marianne Farley has crafted a tense rollercoaster in the form of her short film Frimas. It’s set in a world where abortions have become illegal but are still being performed behind closed doors. Whilst this could be framed as an imagined future for some countries, albeit one that feels ever-encroaching in the wake of the Texas abortion ban, it’s important to note that it is an experienced reality for so many others. Farley’s story follows Kara, a woman seeking an abortion in one of these hidden spaces, a moving truck disguised as an abattoir delivery vehicle. But when the truck stops for routine checks, tension breaks out. Farley’s clever use of environment highlights the morbid reality of these circumstances. These operations are still taking place in the periphery of plain sight which both highlights their necessity and recognises their traumatising nature. DN asked Farley, who was Oscar-nominared for her previous short Marguerite, to tell us about the locational specificity of her film, the all-seeing aerial shots she employed to reflect the threat of surveillance, and the practical challenges of manifesting the tension of the film’s central set piece.

What drew you to tell a story of a near future in which abortion has become illegal?

As far as I can remember I’ve been passionate about human rights, and, as a woman, I am particularly committed to protecting women’s rights. After Marguerite which delved on LGBTQ issues, I wanted to address in Frimas the threats that women’s right to an abortion were facing worldwide. In the US as witnessed recently in Texas and in other states, legislatures are moving aggressively to repeal Roe vs Wade either directly by bringing the issue to the Supreme Court or indirectly by stripping away at the existing laws. The bottom line is that women’s rights are definitely in danger and have been so for the last several years. I wanted to draw attention to what illegal abortions could look like and to the level of trauma they could generate in the future.

What made you want to centre the film around the scene in which the truck is searched?

When abortions are declared illegal these laws also entail a number of dire consequences: hefty fines, long prison terms and public humiliation. I chose to centre the film around a search scene to underscore the constant fear and panic experienced by individuals who participate in illegal abortions either as patients or as medical practitioners. This scene was crucial to the message of the film: Forcing women to have to turn to illegal abortions is cruel and inhumane. Women will continue to make the difficult decision to have an abortion when giving birth is an untenable alternative either for emotional, societal or financial reasons. 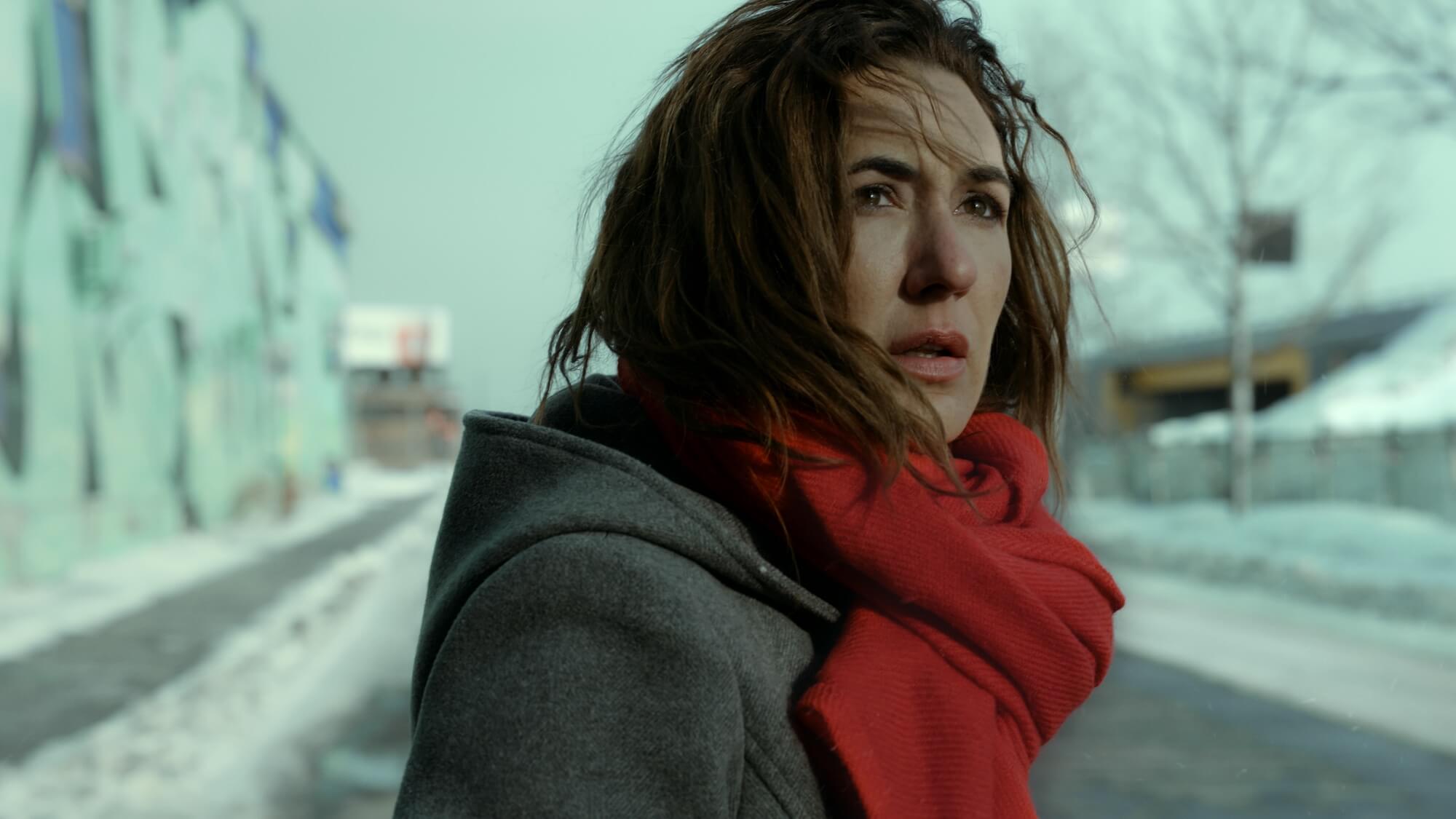 Could you walk us through the construction of that scene? It’s so tense and well-crafted.

I wanted to create the highest level of emotional tension possible. In order to achieve that goal, I interspersed moments of silence with snapshots of the anguish in the faces of Kara and Dr. Hubert and snapshots of the determined actions and comments of the policemen. Alternating the use of light and shadow also conveyed the image of a secret hidden in plain sight. The driver’s barely disguised anguish bookended the scene providing the general atmosphere of fear and panic.

These aerial shots also stress the fact that, hidden under what appears to be a truck traveling quietly down a street, a terrible tragedy is slowly unfolding.

The aerial shots really add to the idea that these procedures are taking place hidden amongst everyday life, is that a fair assessment? How did you approach the cinematography in general?

Yes, that is a fair assessment. The aerial shots also speak to the fact that anyone is now under threat of surveillance thanks to the drones and other spying equipment presently available and easily implemented. These aerial shots also stress the fact that hidden under what appears to be a truck traveling quietly down a street, a terrible tragedy is slowly unfolding. When considering what type of cinematography I want to deploy for a specific movie I do a lot of research to identify interesting alternatives to convey the visual and emotional experience I want to create for my audience. This research helps me to further clarify my vision. For Frimas, I talked it through with my cinematographer, Benoit Beaulieu who then provided a number of reference shots that enabled us to finally put together a shot list.

Kara is the emotional core of the film, how did you find Karine Gonthier-Hyndman and then work with her to develop the character?

Karine auditioned for this movie. This would have been her first dramatic role; she is renowned as a comedic actress. Her audition was phenomenal, very raw. We developed a wonderful synergistic relationship during the film. Sharing the same values and a similar emotional response to the issue at hand definitely helped us create a powerful working relationship. She had the ability to express with few words and with restrained intensity the power of her fear, sadness and panic. I loved working with her.

What was the biggest challenge you faced in production?

The scenes shot in the truck were definitely our biggest production challenge. While writing the script I hadn’t realized that the truck couldn’t move during filming. After we decided to shoot in a refrigerated truck, finding one was not an easy task. It’s also quite a technical challenge to shoot in tight spots. I wanted to create a fake wall, a space where the protagonists could hide. The installation of that wall in that truck forced us to take into account its specific metal structure… also a challenge. Shooting hardly ever happens in chronological order, therefore, we had to repeatedly install and remove the wall. The use of real meat also provided us with numerous challenges. We had to find it, store it and keep it fresh. Our ecological concerns brought on added pressure. We didn’t want to waste the meat. We also ended up shooting the interior scenes in a studio. At first we weren’t even sure the truck would fit through the garage doors. Although it’s pretty much the case with every movie, shooting the scenes in the truck was a lot more complex than I’d imagined. My takeaway is that the biggest challenges are also a wonderful opportunity to further develop our craft.

How long did the film take from its initial conception to the final edit?

I started writing in 2018. We shot it early 2020. The editing was completed in early 2021. The pandemic definitely slowed down our post production phase.

I wanted to draw attention to what illegal abortions could look like and to the level of trauma they could generate in the future.

Frimas seems to be enjoying great success on the festival circuit. What can we look forward to from you next?

I’m in the process of completing the post-production of my first feature film North Of Albany. It should be released early 2022. I am also developing two feature films. La Fauche and À Demi Soupir. Both will be produced through my company Slykid & Skykid. Finally I’m collaborating on a few other projects with independent producers but I can’t divulge any information on those at this time.