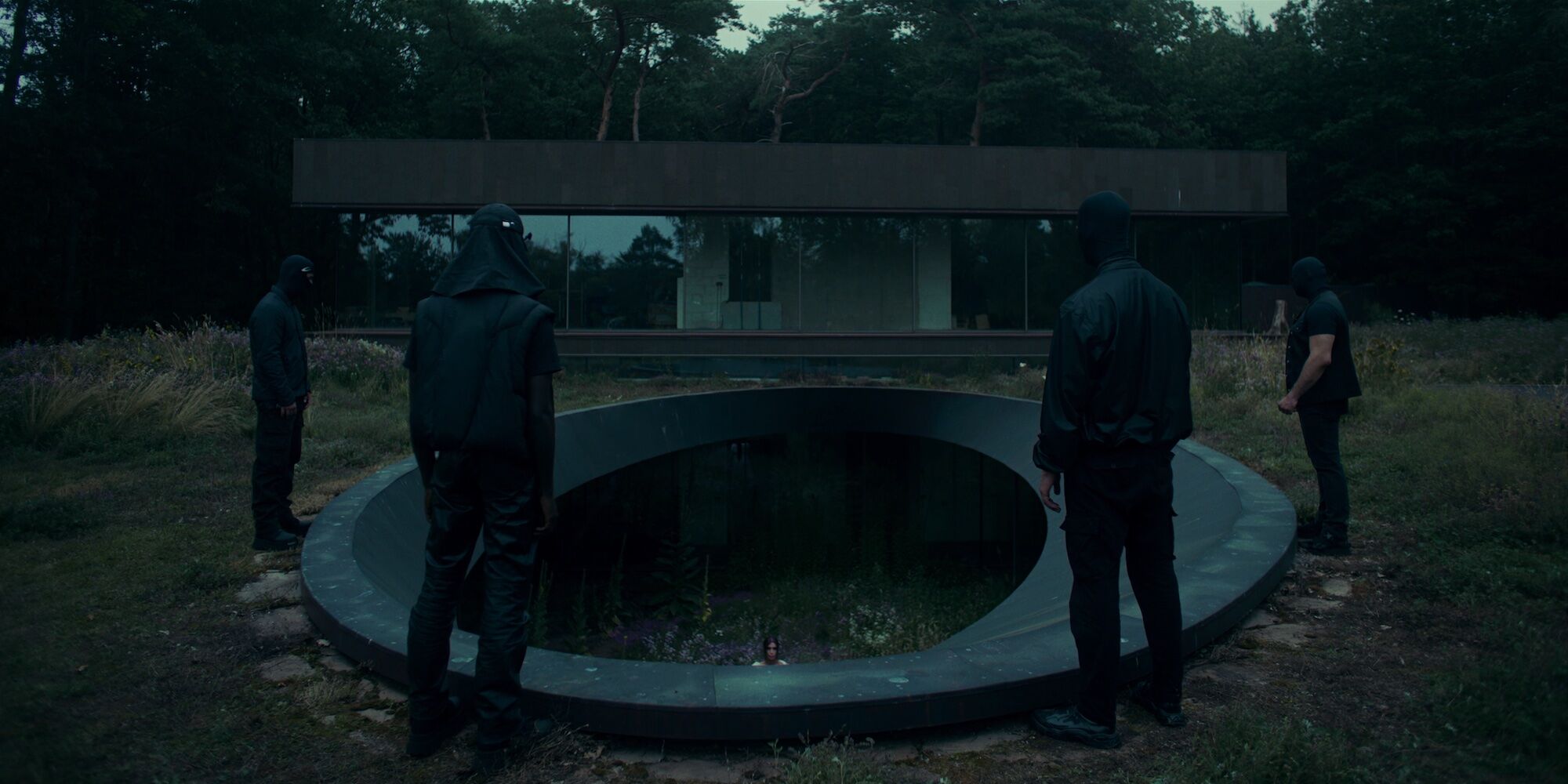 The sheer ambition on display by young Director Willem Kantine in his music video meets short film Homunculus for artist Sevdaliza (last seen on DN here) is mighty impressive. Kantine takes an action-centric narrative and twists it on its head, applying a critical eye to the representation of pregnant women in western society. Sevdaliza stars in the video as a pregnant spy who continues her work before being approached by a group of masked men. From then on, she’s on the run, and through various scenarios, we witness the strains this secretive life has on her wellbeing. Kantine and DoP David Foulkes capture the set pieces of the film through distinctively cinematic cinematography with Sevdaliza showcasing her star quality through a withdrawn yet conflicted performance. DN caught up with Kantine to talk about the film’s critical perspective on representations of pregnancy in addition to the challenges he and his crew had to create a blockbuster-level production on a tight budget.

You’ve worked with Sevdaliza before, what was different about this project and how did you collaborate with her in developing the concept?

It all started on my first assignment for Sevdaliza, a little less than two years ago. I got the opportunity to shoot behind-the-scenes images at multiple projects she was doing. We immediately connected through our mutual interest in thought-provoking art.

I remember the specific moment of the topic, female spies, military superpowers, guns, and whatnot popping up when Sevdaliza and I were sitting in the sauna, somewhere in Estonia, post-workout. At that time I didn’t know it was heading towards a project, but a seed was planted. This moment of rest was quickly filled in by yet another conceptual talk about something. A specific pattern that remains characteristic to the way Sevdaliza and I, up to this day, elaborate on things together. I have always seen the potential of Sevdaliza’s world blending with mine, maybe that’s why I put in so much energy and cherish the projects we have completed together so much.

The video deals with some weighty themes like personal security and the representation of pregnant women, what interested you in exploring these topics through a music video/short film hybrid?

The topic of security is something that has always interested me. I was brought up in a rather male-dominated environment: since my dad was a mixed martial art teacher, defending myself and others was a big part of my upbringing. Coming from a family that has deep roots in the military domain, I myself at some point stood in front of the question of if I wanted to become a soldier or not. I guess that all of the exposure to information about that specific aspect of human life made making a short like this a whole lot easier since I didn’t need a super dedicated research period. I knew exactly what I wanted, as an example what specific type of firearm it needed to be to match her persona. This was all in the back of my mind. 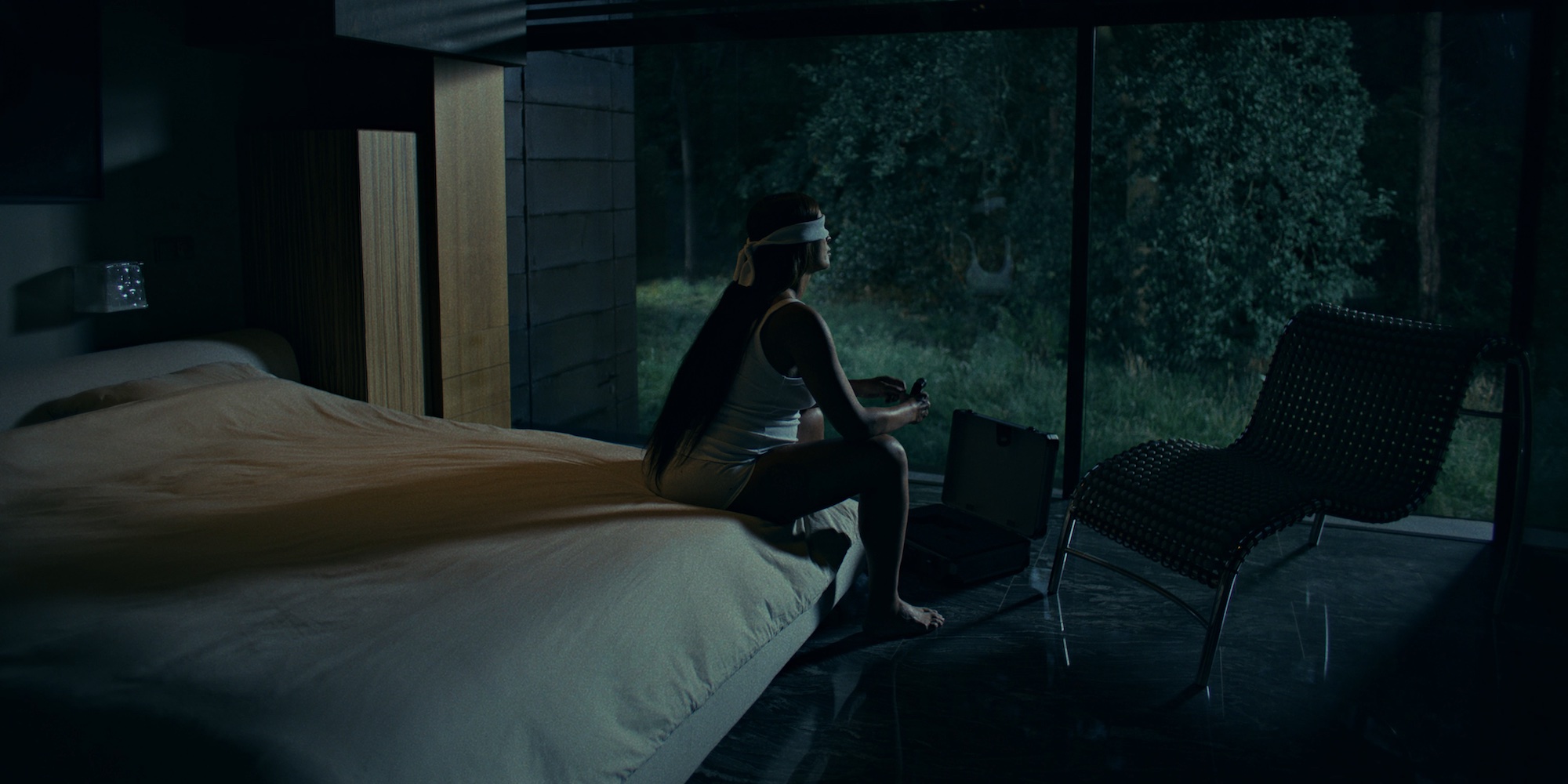 The short film offers a critical view of the position of the pregnant woman in Western society too. Something that I, a 23-year-old who identifies as a male would never know the true feeling of, but through extensive talks with Sevdaliza and Creative Producer Eva Schaaf was able to further investigate. When women are pregnant, they are constantly inundated with prejudices and expectations. It seems generally accepted that society may suddenly have a say in how you should behave, what you can and cannot eat, and how you should raise your child in the future. Once you are pregnant, people stop meddling in their own affairs. Your business has also become their business, you are having a child after all.

This short film is the opposite of a culture that systematically demands access to the female body.

Eva and I started to research societal constructs around pregnancy. When women are pregnant Western culture permits a pregnant woman’s appearance to be publicly commented on and unsolicited advice to be given in order to regulate her behaviour. Pregnancy also appears to be a hyper concept in the visual world, in which the media have made pregnancy into something visually attractive. A sensual photo of a proud, naked woman with a big belly on the cover of a magazine returns regularly. Pregnancy has become something to show off with but within the standards of an idealistic beauty image. Since we have admitted pregnancy as an object, it has become a social instrument to achieve the regulation of the female body.

I think what makes the video so interesting is how you subvert a lot of these expectations. Sevdaliza is actively rebelling against these encroaching people.

Homunculus is the counter-reaction to this phenomenon. Sevdaliza’s pregnancy is not used as a visual object to be enjoyed. On the contrary, the story shows actions in which she pushes through her own identity, by being everything she should not be as a pregnant woman. You may find yourself judging her in her role. Should a woman be carrying a life-threatening weapon with her? Shouldn’t she stop her work as a spy now that she’s pregnant? Homunculus shows the agency she still carries, even now that she is responsible for a different life. In this way, this short film is the opposite of a culture that systematically demands access to the female body. With Sevdaliza as a superhero in a spy role, the short is reminiscent of blockbusters like Tenet, James Bond, or The Bourne Identity, while her pregnancy plays with controversial issues and exposes the duality of pregnancy in Western society. 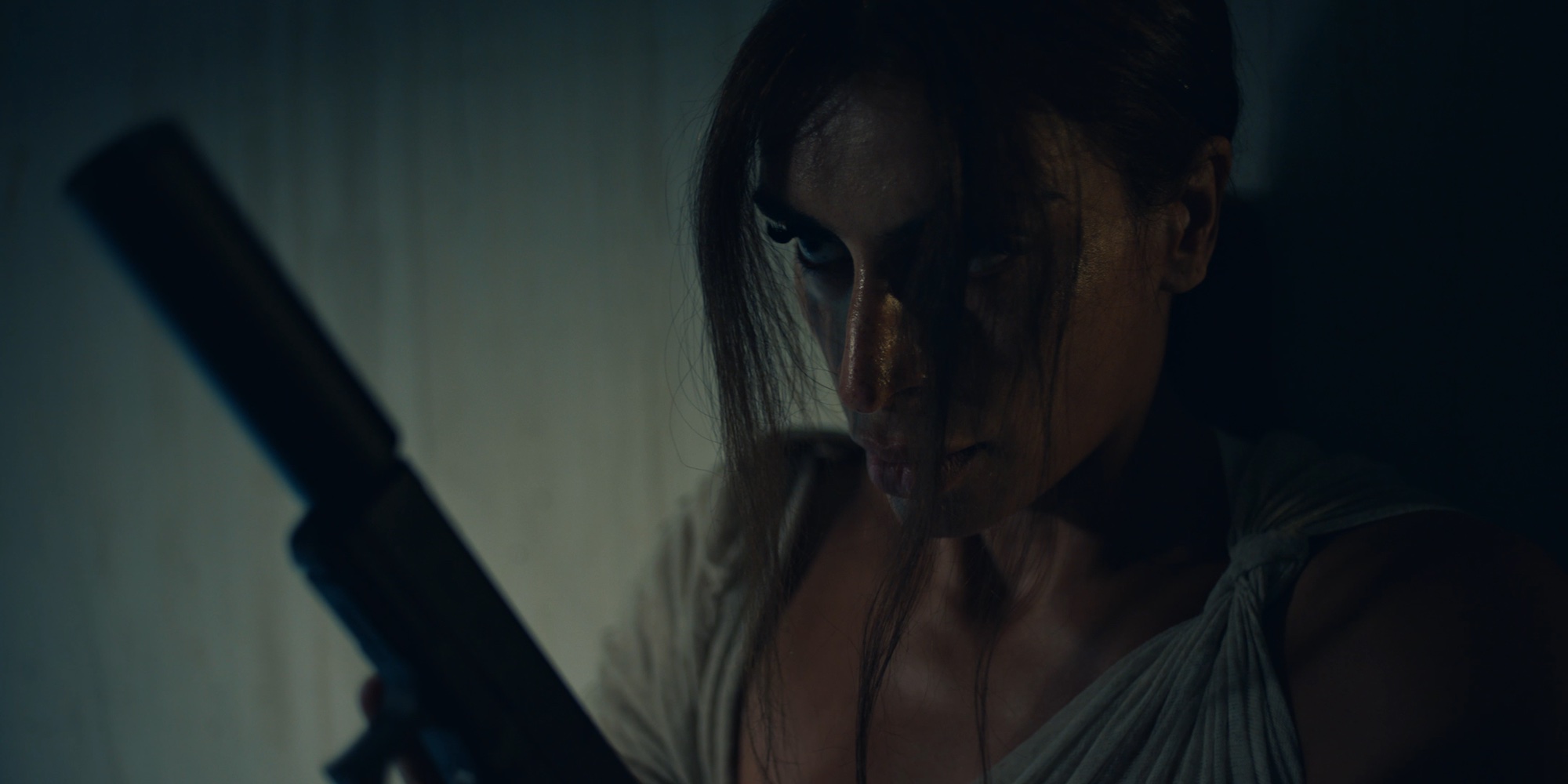 The house itself is quite the setting. How did you source it?

After an intensive search for the right location, we kind of by accident found the ultimate gem. Hidden at the location we were visiting there was a half-constructed submerged villa. The owners were still shaping the building, which they referred to as a ‘rabbit hole’, which seemed quite appropriate and metaphorical to our script. The location of the home was in the middle of its own forest area and the atmosphere felt like a dream. Every time we visited the place, we would be surrounded by rabbits and other animals as the place is so well respected and quiet in the favour of the flora and fauna. Truly a unique experience to shoot there.

There are several key sequences throughout the video as Sevdaliza’s character attempts to escape her life as a spy, what do they each symbolise to you?

Each scene correlates to a piece of this phenomenon, all of them symbolise a certain characteristic. In preparation for this interview I wrote a couple of them out, but given the fact that people in the comment section have been so freely creative with their interpretation of the visuals I’ll refrain from sharing this for the sake of the viewers’ own interpretation. On a broader scale, it shows Sevda moving away from her life as a spy, an enlargement of the familiar ‘crossroad’ scenario we put soon-to-be mothers on. As if a woman can only be one thing, and never live in a twilight duality if they choose to be ‘different’. Something that strangely correlates with the life of a spy minus the aspect of really being judged by society.

In terms of the production value for the video, it’s incredibly ambitious. What were your crew able to do to allow you to bring your vision to fruition?

In total, we had a three-day shooting schedule with an extra day for the car shots with a second unit. We worked with an extremely tight budget, our Director of Photography David Foulkes went above and beyond with the grip team to create makeshift cranes and other elements that uplifted the movie but kept the costs workable.

Another crew member, Editor David Gesslbauer, was on board after I emailed him at one o’clock in the morning to ask him to join the project, he answered me the following morning, with the words “I jumped up from my seat when I read the title of the email” he later disclosed that he read it while working late at night on another project. David Gesslbauer and I spend three days in his studio in Berlin to put all the puzzle pieces in the right order.

You’re still very much in your early years as a director, what does working on a project of this scale teach you?

Myself being a novice in the game meant that the people around me played a huge aspect in building further on the plethora of my own ideas. I think every creator, in any shape or form, can find themselves in the feeling that some processes almost feel spiritual. On the first day we shot the rave scene, a scene that had to carry a tremendous amount of weight, it was after all the final scene of the project. Although in the pre-production phase we didn’t give it that much energy. After all, we were dealing with getting an actual helicopter. I found that this would be one of the more challenging scenes in terms of choreography and feeling. It took half a day and a lot of takes to get it just right. It’s weird how a scene with a giant black rock and a dancing artist was the most challenging aspect of the monster production. 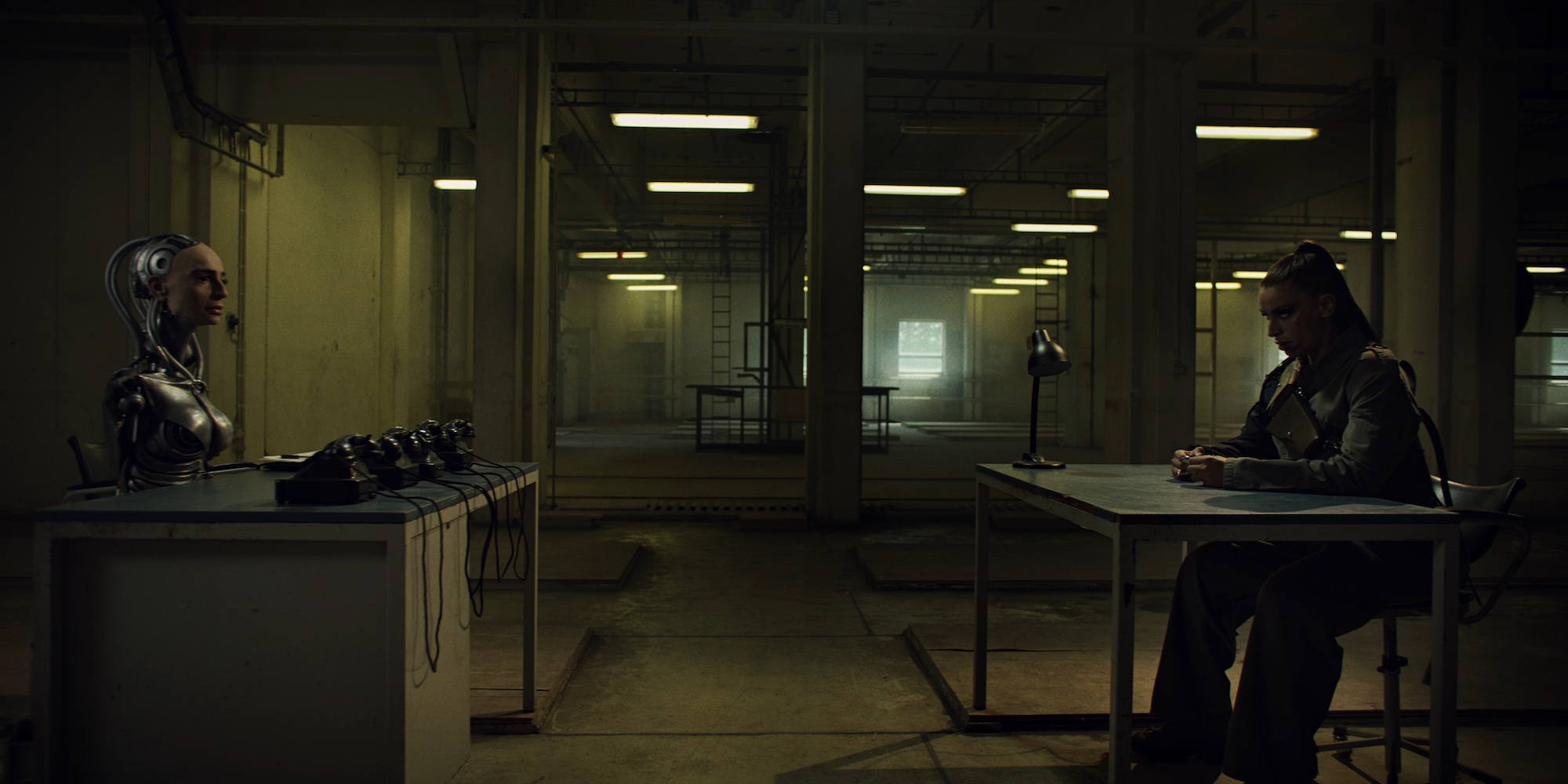 Sevdaliza brings this amazing energy on set, people really get that best grind out whilst working with her. As a director, this is such a blessing. It creates the feeling that your vision is understood and approached with a sense of magic. Next to her and all the amazing cast, working with Actor Leny Breederveld was a really eye-opening process, we had a brief call on the phone when Leny disclosed this was her first video clip assignment ever, given the fact she’s one of the biggest actresses of the Netherlands. It was amazing to be able to work with an acclaimed actress like her on an unconventional and guerrilla shoot like this one.

I think every creator, in any shape or form, can find themselves in the feeling that some processes almost feel spiritual.

Can you tell us anything about what will you be working on in the near future?

Personally, the atmosphere of the project, the connection I felt with the crew and the cultural impact of the project did a lot for me! I hope to bring that same energy to a new project whatever that may be, currently, we’re working on a CGI project, and next to that my first short film is about a very personal topic revolving around my upbringing.