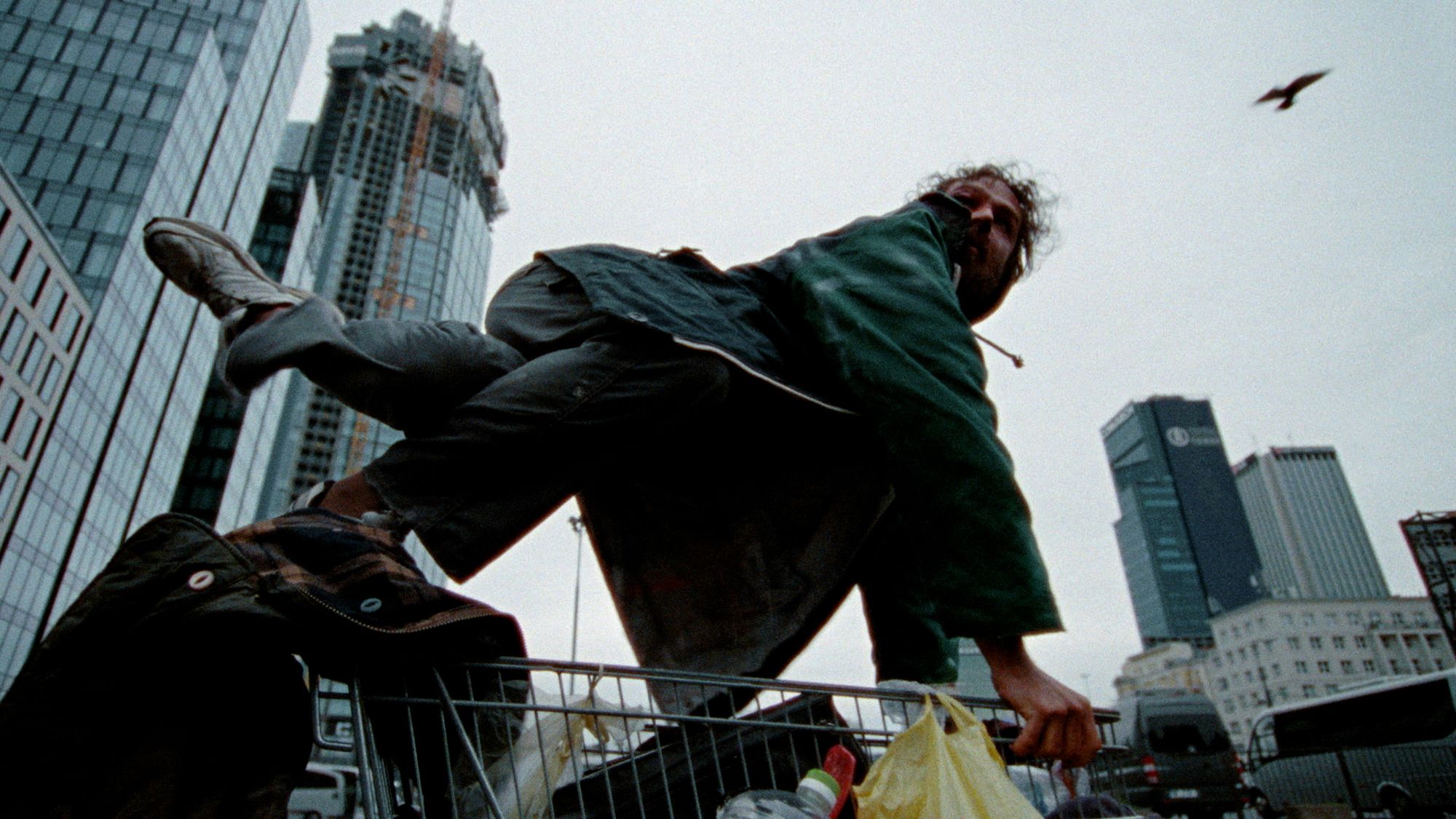 While we are all hoping and keeping everything crossed that we’re beginning to emerge from the other side of the disruptions and restrictions of the global pandemic, the much under-discussed and ever-present subject of homelessness remains as pressing as ever. Polish Director Krzysztof Grajper found himself more acutely aware of the predicament faced by those forced to sleep rough as we were all urged to #stayhome – considering those for whom that edict was never an option? Home became a vehicle for him to express how trapped and imprisoned people living on the streets can be. With its stunning choreography and perfectly fitted score, the film shines a new light on this problem which we see in front of us every day and yet so callously ignore. Previously featured on Directors Notes with another stunning one-shot piece, we caught up with Grajper for Home’s premiere to chat about his initial musings on the idea for the film and how it all developed into a dance piece with a distinct documentary feel.

Homelessness is such a huge problem all over the world – what made you want to broach the subject in such a manner?

When I was visiting New York, I saw a homeless woman who had a special bond with pigeons. You could immediately tell that the pigeons felt really safe around her. After a while, I realized that I was the only one watching her, and thought that these flying creatures were her only friends. I thought that this is a deep connection between two species living in the city, abandoned by society and still dependent on it. It was the first seed to the idea of Home. I then spoke to one of my friends who is involved in helping homeless people. He told me a lot of dreadful stories and after that, I couldn’t free myself from the idea of creating something that could highlight this problem.

Pigeons are pejoratively and insultingly called “flying rats”, most people hate and avoid them. They are somehow free and can fly away if they wish, but they are trapped in cities because they are dependent on what mankind leaves them in the garbage. They felt like the perfect symbolic link with our main character – they are both trapped.

The journey cannot be stopped, rewound or skipped, so it was obvious to me that it should be a master shot.

I decided to tell this story with dance because I find dance very passionate and beautiful. I wanted to contrast what I thought about homelessness, which I associated with dirt and ugliness. Together with the Choreographer Łukasz Przytarski and Dancer Paweł Kozłowski, we created a movement/dance that tries to understand the path of people living on the street. The journey cannot be stopped, rewound or skipped, so it was obvious to me that it should be a master shot.

I, too, avoided people in the homeless crisis, so this project had a therapeutic dimension for me as well.

Could you go into more detail about how you achieved your one-shot master?

I prefer to watch dance pieces in one take – this way I can believe that this moment really happened, you can’t fool it with editing. Together with the DOP, we rehearsed the choreography to properly emphasize each part of the dancer’s movement. Ideas for specific camera moves appeared organically and it felt only natural to be filming such a piece on film – we used an Arri 416 and used 16mm for the whole project.

What guided the formation of the dance movements we see on screen?

I don’t know if there is anything to talk about as everything happened very organically apart from meticulous planning at the start. I was really lucky that Łukasz Przytarski agreed to participate in this project. It was definitely important for us to focus on the story without thinking about any references or dance styles. We wanted it to be something between a performance art piece and a dance.

Ideas for specific camera moves appeared organically and it felt only natural to be filming such a piece on film.

Alongside your dancer, the principal characters are the pigeons – what challenges did you find working with such uncontrollable elements?

Since it is impossible to hire pigeons that will not fly back to where they are bred after a while, we had to use city pigeons. For various production reasons, we changed the location of the film several times, so each time we had to check with the producer whether the pigeons would move, tempted by the grain. We slowly walked a few hundred meters, constantly throwing grain, walking around the city center. Unfortunately, pigeons get bored easily in front of the camera, so we were only able to film three takes during our shooting day. Plus, they were already full of grain, so they ignored whatever temptation we put before them!

How did you collect the soundbites which feature at the start of the film? What sort of questions were you asking people for that documentary-esque opening?

Karol, one of my friends, is involved in social work with homeless people and he introduced me to some of them. It was quite easy to convince them to participate in the project because Karol knew them and they felt safe around him. From the beginning I assured them that I didn’t have to show their names or faces as they usually feel insecure about being recognized. The questions I asked were more like a street interview: describe the worst day of your life on the street, what you are most ashamed of or fear the most. The stories were devastating: such as robberies and rapes. You can say that they live in constant fear, hardly ever getting more than two hours of sleep a night. At the same time, I was very surprised by their honesty and willingness to share their stories.

As an experiment, I decided that I wanted to create this choreography without music.

The music definitely adds to the film’s grace. What made you choose such a classical vibe and were there any other considerations when looking at the music?

This was the most difficult part of the project. As an experiment, I decided that I wanted to create this choreography without music but after shooting, I realized that no song in my head captures the atmosphere of the video. Finding the right music was a nightmare. We went through classic vibes, electronics, ambient and many other genres, even some pop songs were considered at one point. Searching in various directions, we came across the great Polish Composer Henryk Górecki and we knew immediately that it was the right choice.

How does this piece relate to other work you have done?

A few years ago I did a dance piece and honestly, I missed working with movement. Working with choreography in a master shot seems to me very similar to working in the theater, the direction of which I have never had the opportunity to experience. I waited for the right topic and project, and when it came I was very excited to be able to work with the choreographer again. Regarding the topic of the film, I can say that there is a connection between this piece and my other works as I try to highlight many different social issues in my work, especially those that seem universal to many cultures.

I am currently working on a documentary about Polish youth. It took me one year to finish it. This was also filmed with analog and I cannot go into more detail at the moment!

You can donate and find out more about ways to help at Serce Miasta or by reaching out to your local homelessness organisation.