For me, writing a top ten list always starts off as a fun little way of reviewing all the films (or music) I’ve enjoyed throughout the year, but then somehow always evolves into what seems like one of the most important decisions of the year….What films to include? What films to leave out? What order to put them in?

2006 was another good year for films, but for every good feature film I saw at the cinema, I saw an equally good short film online and I believe not only the quality of short films improved throughout the year, but also the places to view them online.

Anyway, these are the ten films from 2006 that I thought deserved viewing and really made an impact:

1. Hidden (Michael Haneke) – After watching Haneke’s Funny Games I didn’t think it would be possible to be shocked even more by this director, but he managed it with Hidden. A truly unsettling film, focusing on paranoia, celebrities and the gulf in social class. Haneke is slowly becoming a true maverick of modern day cinema, continually reinventing himself and pushing the boundaries.

2. Sympathy for Lady Vengeance (Park Chan Wook) – The first of two South Korean films in my top ten for the year and a brilliant end to Park Chan Wook’s ‘Vengeance Trilogy’. Everything about this film filled me with inspiration as a filmmaker, from the opening titles to the ingenious transitions between shots. A visually stunning film with a plot that would make Tarantino wet his pants.

3. Brick (Rian Johnson) – Not only an inspiration to independent filmmakers working on a tight budget, but also an inventive piece of filmmaking, mixing a modern high school drama setting with a Film Noir plot and dialogue. One of the highlights of the film is a superb leading performance from Joseph Gordon Levitt.

4. The Host (Bong Joon Ho) – The second South Korean film in my top ten, The Host is an outstanding new take on the Godzilla style monster movie. An absolute roller coaster ride from start to finish, this film is much more than just an action movie, delivering frights, laughs and political messages in one swift punch. The special effects are excellently orchestrated and the film must easily win the ‘best opening sequence of the year’ award (if there was one).

5. The New World (Terrence Malick) – Seems almost more like a poem or work of art than a film, this visually stunning piece from Malick had me mesmerized and entranced for it’s entirety. Along with his other recent film The Thin Red Line Malick once again reminds us just how beautiful a film can be. 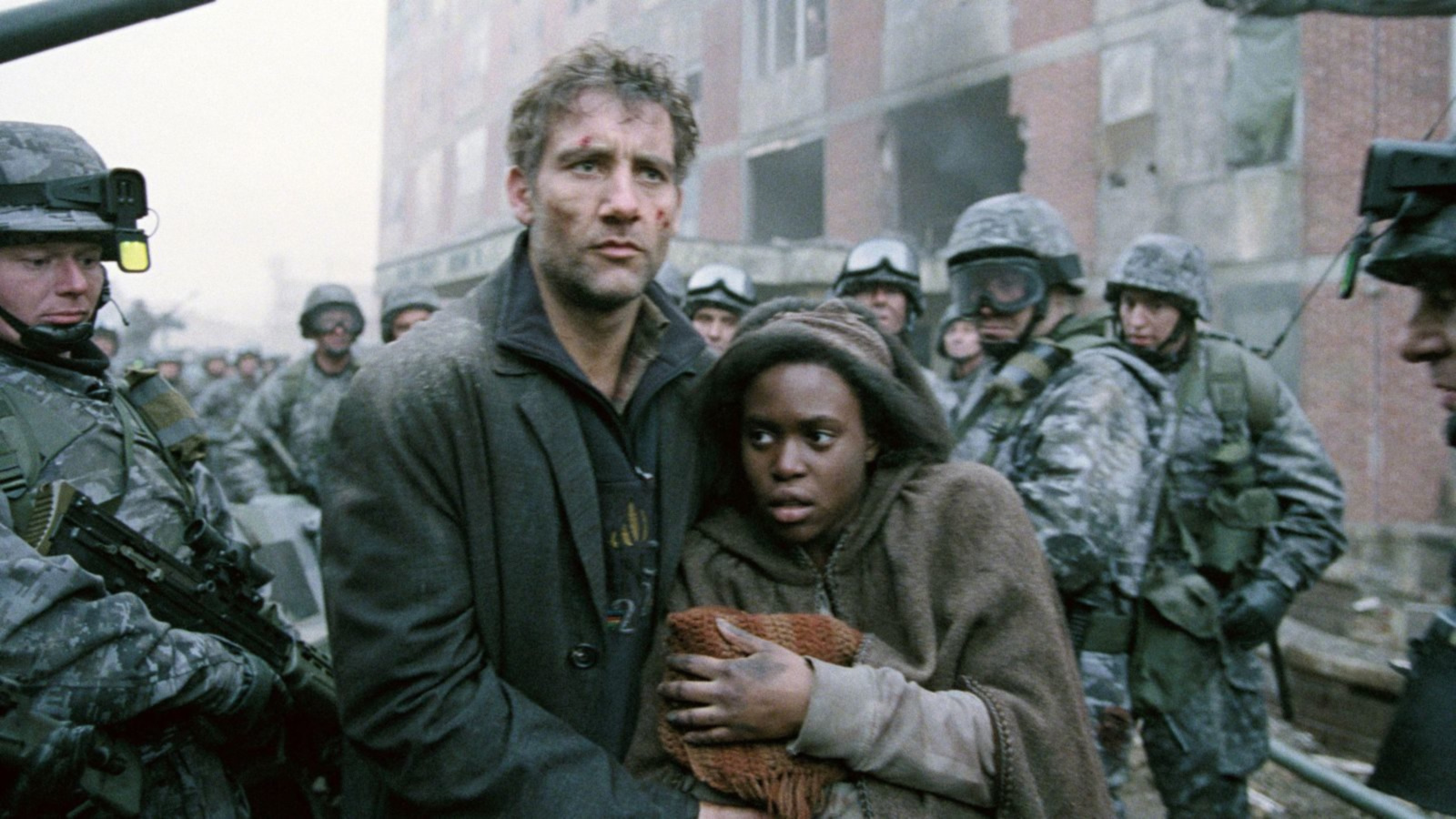 6. Children of Men (Alfonso Cuaron) – The first of two films in my top ten directed by a Mexican. Personally, this bleak futuristic look of the Earth in turmoil, as the human race begins to crumble, is how a Science Fiction film should be. Cuaron’s use of long takes using one ever-flowing camera movement add to the gritty realism and believability of the film (and they also look great).

7. Pan’s Labyrinth (Guillermo del Toro) – The second film in my top ten directed by a Mexican. Del Toro’s earlier work (in particular Cronos and The Devils Backbone) had already, in my eyes, made him a master of the modern day horror film, but with Pan’s Labyrinth he took it to a whole new level. A brilliant mix of Fairy Tale Horror, cut with the brutal setting of the Spanish Civil War makes this film essential viewing.

8. The Three Burials of Melquiades Estrada (Tommy Lee Jones) – A reinvention of the Western Border story, featuring a modern day non-linear narrative, seen in writer Guillermo Arriaga’s other recent work (Babel, 21 Grams & Amores Perros). Not only does Jones do a excellent job in directing his first feature, he also puts in one of the performances of his illustrious career as grizzly, no-nonsense cowboy Pete.

9. The Proposition (John Hillcoat) – Another reinvention of the Western genre, Hillcoat’s graphic depiction of outback life in the late nineteenth century is as equally shocking as it is beautiful. Cult singer songwriter Nick Cave’s script is as poetic and haunting as his lyrics, whilst the brilliant performances from Ray Winstone and Guy Pearce really drive this story home.

10. Little Miss Sunshine (Jonathan Dayton & Valerie Faris) – Excellent black comedy featuring a very dysfunctional family embarking on a road trip to try to fulfil young daughter Olive’s dream of becoming Little Miss Sunshine. The whole cast of the film is superb, the script is belly ache funny and if The Host wins ‘best opening sequence of the year’ this this film must surely win ‘best dance sequence of the year’ (and in my opinion cinemas funniest scene of the year).