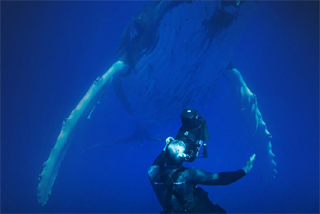 On a recent trip to London, I decided to take a trip to one of my favourite cinematic haunts and visit the Prince Charles Cinema in Leicester Square, to see Alastair Fothergill’s documentary, Earth.

Although I was really looking forward to the movie and I knew I was going to enjoy it, my main reason for selecting this movie, above the many others on offer in Leicester Square, was that of technological intrigue. Knowing the movie had been shot in HD, I was dying to have a look at not only how this format looked on a giant screen, but also how using more lightweight, transportable equipment would benefit the shoots.

Anyone who has reservations about HD should really see this movie, I’m a big fan of the look of Film, but I was absolutely stunned by the cinematography on show and the quality of the image. You could argue that the majesty of nature was the real reason for this movie’s stunning visuals and I’m sure that with cameras sporting a much lower resolution or dynamic range than used in the movie, you could still shoot beautiful footage at some of the breath-taking locations in Earth. However, the 40 specialist camera crews used in the making of this feature must really be credited for the closeness we get to some rare and often dangerous creatures, along with the striking shots they get in these situations. It’s hard to pinpoint exactly which section of cinematography impressed me most throughout the movie, as I was consistently wowed and in awe of the camera work on display. The use of time lapse photography was one particular favourite feature of mine. Nature / Wildlife documentaries always seem to show the true magic of time lapse and this was no exception, not only was this method of shooting used to show the life of our planet, but also the how it is evolving (I didn’t want to say dying, too morbid!) due to climate change. 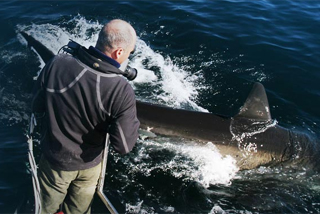 Another section of the movie where specialist shooting really paid off was the filming the great white sharks battering their prey out of the water to deadly effect. To capture one of this planet’s deadliest and quickest hunters in action, the camera men employed specialist cameras which shot continuously on a four second loop, meaning this swift act could be played back at a speed our brains would find easier to process and enjoy.

The use of infra-red cameras to capture a night time lion attack on a group of elephants at a watering hole was probably a necessity, the look and feel of the section added to the tense battle that was slowly erupting. Helicopter mounted aerial shots, swimming with whales and extreme weather conditions, whilst providing even more challenges for the camera crew involved, also added to the inspiring cinematography on show. 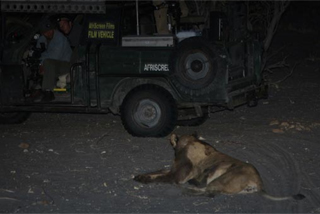 As you could probably tell, I could talk about the cinematography in this movie pretty much non-stop until we’re all tired of hearing about it, but the main reason I wanted to wax lyrical about this movie, was because I believe without HD this movie would not have been as effective. I’m purposefully avoiding using the word possible, as obviously wildlife movies and films shot in extreme conditions have been made using Film and go back as far as Robert J Flaherty’s Nanook of the North in 1922, when I’m sure cameras were massive in comparison to today. However, just think how much more demanding this movie would have been to create if it wasn’t shot on HD. By using HD the filmmakers must have saved financial resources (HD is arguably cheaper to shoot on), human resources (would they have been able to have 40 camera crews all armed with film equipment?) and on top of this, the lightweight, portable nature of the HD camera meant that the crews could get closer than ever to their unpredictable subjects.

Personally, I couldn’t wait to get my hands on a HD camera after watching Earth, it really inspired me to push my camera skills and test the kind of shots I could get from the Sony Z1 (admittedly full blown HD’s smaller HDV brother). Now if only someone would fly me out to some of these exotic locations, maybe I could rival some of the HD footage the BBC Wildlife crews shot. For all you aspiring camera operators, lovers of stunning of imagery or admirers of the splendour of nature, this movie is a treat to behold. For all of you with doubts over HD, this should ease those worries and provide some positive points for the world of High Definition digital video. Finally, for all of you who aren’t aware exactly what climate change is affecting, then this is definitely a must.

2 Responses to HD Heaven on Earth