Meadows of the Past

If you know a little bit about us at Directors Notes, then you’ll know we’re big fans of British director Shane Meadows and whenever possible we try to cover his work and keep a beady eye on what he’s planning next. A quick glance at the top ten lists for 2007 will reveal that This is England features fairly highly in every list and I know Shane’s earlier work (Dead Man’s Shoes in particular) also ranks very highly with Marbelle, Miss D and myself.

Meadows has always come across as a man who loves what he does and is therefore always trying to give a little extra insight to his fan base and consistently keep them interested. With this in mind, I try to keep a regular eye on his website and stay in touch with what’s next from this talented filmmaker. However, on my last visit, it wasn’t one of his latest projects that caught my eye, but a film he made over 12 years ago. King of the Gypsies is a 10 minute documentary telling the fascinating story of the late Bartley Gorman (the bare-knuckle boxing world champion) and Shane manages to paint a poetic tale of a man involved in a violent lifestyle. Whether you’re a fan of Shane Meadows or not, the film is definitely worth a viewing and is hugely enjoyable, it also an insight into the director’s future work as Shane and Paddy Considine are preparing to start work on a script for the King of the Gypsies bio-pic. 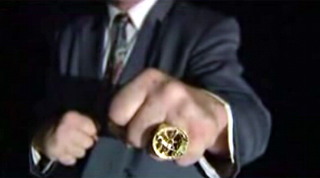 View the King of the Gypsies short

Whilst you’re at it, why not also check out the Le Donk Trailer, another Shane Meadows, Paddy Considine collaboration.