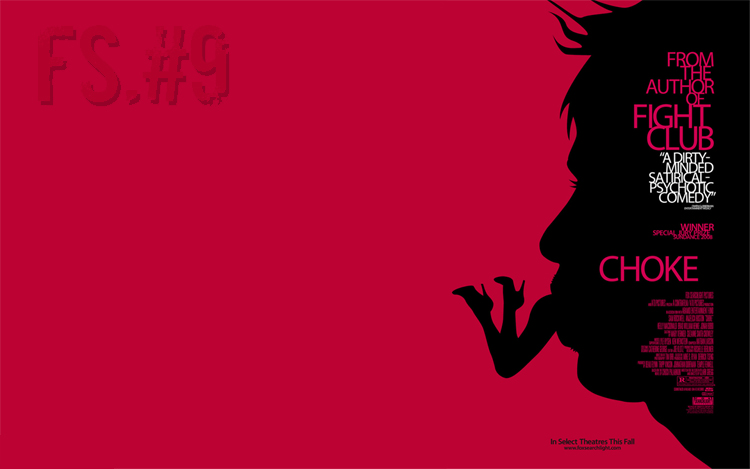 I can’t believe it’s been 12 months already since one of my favourite times of the year!

Never was a massive fan of Halloween, fireworks are always a little disappointing, but give me an independent film festival right on my doorstop, showing over 150 films and I’m as happy as kid on Christmas day – in fact as happy as a kid on Christmas who’s just woken up to a puppy shaped present! As you’ve probably already guessed from the title of this post, I am of course talking about Luton’s very own Filmstock film festival.

The festival kicked off this year with Clark Gregg’s screen adaptation of Chuck Palahniuk’s Choke, as its opening film. Anyone who knows me, will know I’ve never been a keen reader, don’t get me wrong when I love a book, I really love a book, it’s just I’ve never really loved that many. There are two authors however, whose books I always look forward to reading, Jonathan Lethem and Chuck Palahniuk. Choke isn’t one of my favourite Palahniuk novels, it probably isn’t even in my top three, saying that it’s a damn fine book and a book I love.

“So how was the film?” I hear you all ask – or was that voices in my head again? In all honesty, it was OK, nothing more, nothing less.

I don’t know what it is about reading a book and then seeing a film adaptation of that book, but it never seems to hit the mark – please correct me if I’m wrong. Actually I do know what it is, it’s obvious I suppose, things are always better in your head. I loved Fight Club when I saw it, but then again I saw the film first – the book is a lot better by the way. I think the problem with converting a Palahniuk novel to film is that to do one justice, the filmmaker needs to be as creative and imaginative as Palahniuk, which is not as easy as it sounds.

Choke has some funny moments, good performances and is pretty enough on the eye, but really it is just an average independent film that doesn’t do the book justice at all. Palahniuk has already seen his novels Fight Club and Choke transferred to screen, with differing effect and with another three – Haunted, Invisible Monsters and Survivor – in various stages of being converted to the big screen, it’s an exiting time for fans of Palahniuk and film. I just hope we don’t get let down. Please!

One Response to Filmstock 9: Choke