The Prince and the Pauper

Calling all Londoners, people who live near London or anyone planning to visit London anytime, you have to check out the fabulous Prince Charles cinema. A favourite of mine for sometime now, this venue is not only a classic old school cinema showing a fine mix of films, but is also a bargain (especially when you consider its location!)

Just off Leicester Square, the PCC charges a maximum of £5 a film and with it’s red draped interior, double ‘love’ seats and Pearl & Dean adverts it is the perfect venue for all cinemaniacs. I think my favourite thing with this cinema though, is before every film it shows, it displays a message to its audience asking them not to talk throughout the screening and for once these audiences actually take note (a lot of big chain cinemas don’t even seem to display these messages and if they do, no one seems to take note!)

I spent last Sunday at the PCC seeing a couple of films, starting with Tarsem Singh’s The Fall followed by Dennis Gansel’s Die Welle (The Wave), an interesting pair of films. 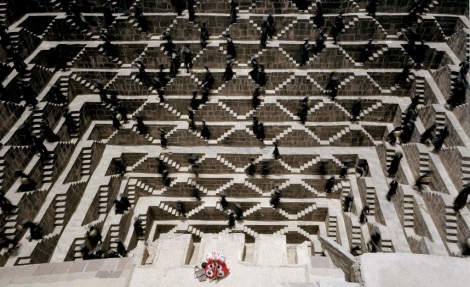 The Fall was almost perfect Sunday afternoon viewing, a light fantasy tale that’s extremely pleasing on the eye, but a little lacking in the content department. The Director Tarsem Singh (or just Tarsem as he is credited) comes from a background of music videos & commercials (his most famous video probably being R.E.M.’s Losing My Religion) and this background shows in his latest film. This is the director’s 2nd feature and its release comes eight years after his first, The Cell. In my opinion, The Fall is a vast improvement on his debut feature, however, both films display what a wonderful eye the director has, for not only the imagery of his films but also the fantasy worlds within them. The opening sequence for The Fall is one of the best I have seen all year, featuring stunningly rich Black and White imagery that almost leaps off the screen, these opening titles really set the tone for the rest of the film. However, I have to admit, although the rest of the film was visually stunning, the opening was so aesthetically pleasing, I was virtually praying for another sequence like this within the film. It’s quite hard to talk about this movie without talking about the visuals, but story-wise it reminded me of a cross between Terry Gilliam’s The Adventures of Baron Munchausen and Rob Reiner’s The Princess Bride; unfortunately story-wise is where this films falls down. The story is somewhat heartfelt and touching in places, but throughout I was really yearning for some tension or drama, which never came. I think in the case of The Fall, style really won over content…..but what style! 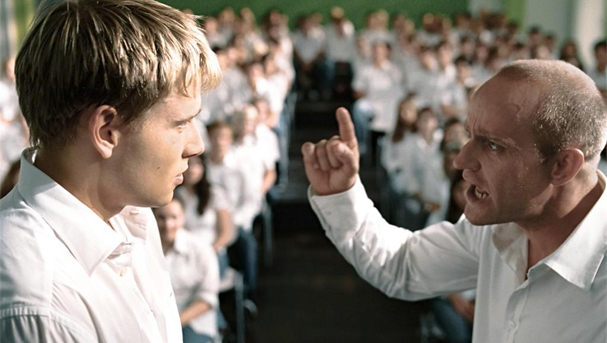 I’d been dying to see Die Welle (The Wave) for a while now, as it has one of those stories that instantly grabs your attention whenever you hear about it. However, in almost total reverse to The Fall, where I heard so much about its visual style, with The Wave I had no idea what to expect visually at all and I have to admit I was a little surprised. Style wise it almost reminded me of an MTV movie, hip young school kids, segments of fast paced editing and lots of loud ‘rebellious’ rock music. Apart from the dark undertones, at times I did feel as if I could be watching Coach Carter or Freedom Writers, young kids from different social groups all brought together by one person, one interest (yeah I know! sounds like you’ve seen it all before, right?). However, the main interest point in this film, is what unites the kids and this is what sets The Wave apart from other high-school movies (especially as this story is based on a real life incident). Echoes of Nazi Germany are bound to reverberate throughout the film and I’m sure that’s the point, however, with the unusual subject I would have expected a more unusual film. This is where The Wave crashes (sorry for the bad pun! – but I did resist using one with The Fall!), the real life story was such a interesting social experiment and no-one could predict the outcome, whereas the film is all too predictable.

Anyway, the point of this article wasn’t to talk too much about the films, but, highlight the fantastic venue that is The Prince Charles Cinema. There don’t seem to be enough independent cinemas anymore, so we need to support the ones we still have………before they’re all gone.

2 Responses to The Prince and the Pauper