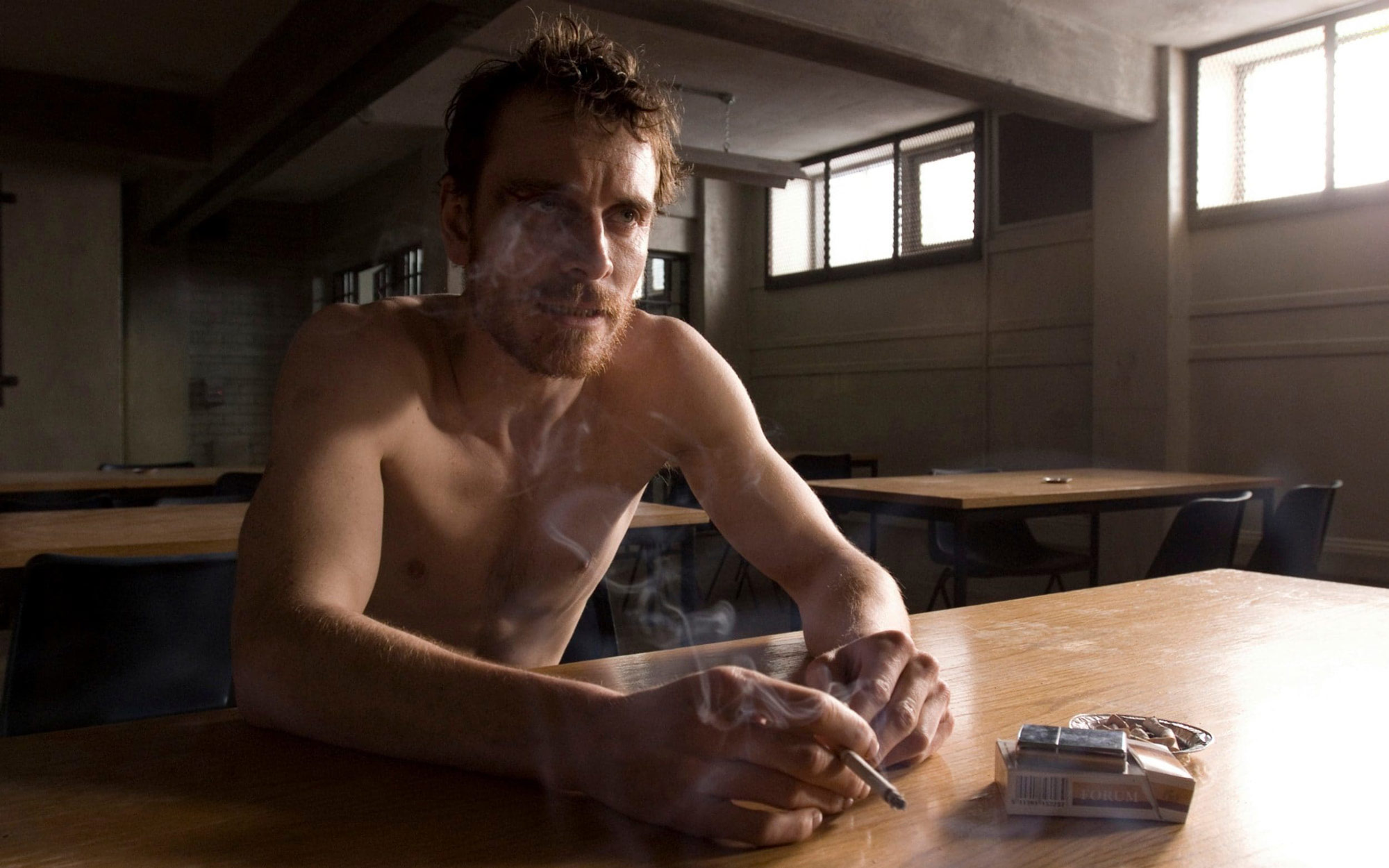 As opposed to last year, where I complained (quite a lot) about the lack of decent films I’d seen at the cinema, this year it appears I’ve seen too many…..although, I’m obviously not complaining about that! However, after much thought and internal debate I managed to get my list slimmed down to a top ten.

I decided this year to only pick films which I’d seen at the cinema, which unfortunately instantly ruled out one of my favourite films of the year Let the Right One In, a shining example of how vampire films truly should be.

Just missing out on my top ten were; In the Valley of Elah, Michael Clayton, The Savages and Happy-Go-Lucky, which I think, goes someway to showing the calibre of films this year.

10. Bienvenue Chez les Ch’tis – Dany Boon / Lars & The Real Girl – Craig Gillespie
I know, I know two films in the number 10 spot, it is a bit of a cheat, but the reason I’ve included both these films at number 10 is that the pair of them made me laugh….a lot!

If Bienvenue Chez les Ch’tis was a British film, it would probably feature Hugh Grant as the well spoken Southerner sent to the “backwards”, grim Northern town and I would have most likely hated it. Luckily this isn’t a British film, but a French one and I loved it! As a foreign language film which main comic hook relies on the difference between Southern and Northern dialects, the laughs in this film could have easily been lost in the subtitles. However, it is in the subtitles where a lot of the jokes (and the film’s charm) are found.

It’s not the most original of stories, but with the clever subtitling and some excellent comic performance, this film is a thoroughly enjoyable, light hearted, laugh out loud treat.

I remember being instantly drawn to Lars & The Real Girl the moment I heard about it, although I don’t really know what that says about me! Director Craig Gillespie’s first film is the age old story of one man and his love for his full-size, anatomically correct sex doll, Bianca. Great performances are what really make this film, Emily Mortimer and Patricia Clarkson are both a treat to watch, but it’s Ryan Gosling’s performance which proves him to be on of America’s brightest young acting talents. The tale of the strange, slightly disturbed Lars is a hugely enjoyable one and it’s refreshing to see an American film with such an usual story and it’s no surprise Nancy Oliver was Oscar-nominated in the original screenplay category.

9. La Zona – Rodrigo Plá
I have to admit I was first drawn to La Zona after Philip French (A Film Critic, I have a lot of time for) listed it in his ‘five scariest films’ and although I didn’t really agree with its inclusion, I could totally understand French’s reasons for incorporating it in his list. Not only a film full of social commentary, Rodrigo Plá’s film is a dark, moody thriller and although as a viewer you can almost sense what’s coming, the bitter twist at the end will be one that sticks with you for a long time to come.

8. Into the Wild – Sean Penn
The one thing I wish I had done more of in my life was travelling and I always liked the idea of ‘getting back to nature’ and ‘living off the land’. However, I’ve never actually had the balls to do it. Through Sean Penn’s fourth film as director, Into the Wild, we get a little taste of this life.

Penn’s poetic film follows the real-life journey of Christopher McCandless, who abandons his privileged life, donating his college fund to charity, ditching all his possessions and adopting the life of a travelling man. It’s a moving, heartfelt, inspiring movie, which relies on the performance of Emile Hirsch, who immerses himself in the role of McCandless the same way in which his director would.

This film won’t be everyone’s cup of tea, but if you like the idea of a life without material goods, then turn on your plasma screen, pop Into the Wild into your Blu-Ray player and immerse yourself in the story of Alexander Supertramp (the alter ego of McCandless).

7. Waltz with Bashir – Ari Folman
Close on the heels of my favourite documentary of the year comes another documentary, of sorts. Ari Folman’s semi-biographical reconstruction of his involvement in the 1982 Lebanese war, is part horrifying war documentary, part LSD trip and part exploration of a soldier’s repressed memories.

Visually, it’s hard not to compare Waltz with Bashir with the rotoscoping work of Richard Linklater (even though Waltz with Bashir didn’t use this technique), however, I would argue that is more to do the dream like, trippy feel of the film, rather than the use of animation. Some may argue the use of animation takes the edge of this harrowing tale of death and destruction, however, I felt it was the perfect medium to deal with a man trying to explore his fragmented memories of an involvement in war. Whatever you feel about the techniques used in Folman’s film there’s no doubting this is a powerful, moving tale and one that needed to be told.

6. Man on Wire – James Marsh
Brilliantly assembled through re-enactments, interviews and archive footage, James Marsh’s stunning documentary recalls the story of French daredevil Philippe Petit and his daring tightrope walk between what was one of New York’s most infamous of sights, the Twin Towers.

Despite dealing with these notorious displays of showmanship in the 70’s, Man on Wire still manages to maintain a high level of tension and intrigue throughout and at times it’s almost impossible to believe what you are seeing, actually happened.

Man on Wire would definitely get my vote for documentary of the year, a wonderful story, wonderfully told.

5. You, the Living – Roy Andersson
Roy Andersson makes films unlike anything I’ve seen before. I remember first seeing Songs from the Second Floor in 2000 and thinking ‘what the hell is this!’……eight years later and my reaction didn’t change when watching Andersson’s follow up You, the Living.

Aesthetically stunning and structurally adventurous, You, the Living is definitely the weirdest, film I saw in 2008. Set in a strange dreamlike world, drenched in grey/blue tones, Andersson’s film manages to be bleak and morbid, whilst in the same breath hilarious and thoughtful….not an easy combination to pull off!. In each vignette style scene in the film, Andersson manages to inject his film with a poignant insight into humanity and society, without ever having to sacrifice the entertainment level.

My only complaint with Andersson as a director…do I really have to wait eight years for the next film, even if they are this good?

4. No Country for Old Men – Coen Brothers
Let’s face it, it had been a while since the Coen Brothers had made a decent film, 2003’s Intolerable Cruelty was forgettable and their 2004 remake of The Ladykillers was an almost pointless exercise. In fact it’s been seven years since I’ve honestly been impressed by the Coen’s work (The Man who Wasn’t There), so thank god for No Country for Old Men (it’s about time!).

Arguably the best film the Coen’s have ever made (I know! I know! It’s debatable), No Country for Old Men is dark, moody and such an absolute pleasure to watch, I don’t think I dared blink throughout its duration. The casting is almost perfect; Josh Brolin excels as grizzled restless Cowboy LLewelyn, whilst Tommy Lee Jones delivers yet another meaty performance as Sheriff Bell (not quite as impressive as his performance in The Valley of Elah, but that man’s getting better with age!). However, Javier Bardem, whose portrayal of the mysterious Chigurh is pure evil, steals the film with every scene he’s in. Bardem is utterly frightening and totally un-nerving throughout and as for that haircut……genius!

I talked in a post recently about book to film adaptations and how hard it is to capture the magic of a book on film, if this is the case then No Country for Old Men the book (which is in my ‘to read’ pile) must be a work of literary genius as the film is just fantastic.

3. Año Uña – Jonás Cuarón
As with my number 1 choice, Hunger, I’ve already written about Año Uña in fairly in-depth detail in an earlier post, so I won’t go through it all again.

Jonás Cuarón’s debut feature is experimental, engrossing and feels like a hugely personal film, I felt as if I was getting a peak into the directors’ life instead of watching a piece of fiction. I love this film because of its playfulness, its inventiveness and its god damn awesomeness! (Yeah I ran out of ‘ness’ words!)

I don’t often use quotes, but Rachel Cooke pretty much summed up exactly how I felt about this groundbreaking film and as my words aren’t always the most poetic, I thought why not steal someone else’s:

“You feel as if this is the first film that you’ve ever seen – that nothing else existed before it – and you half wonder whether you won’t also make it your last.”

1. Hunger – Steve McQueen
After watching There Will Be Blood so early in the year, I didn’t think there was anyway such a great film was going to bettered in 2008….how wrong could I have been!

Hunger is easily the ballsiest piece of filmmaking I have seen in a long, long time and throughout the screening I was constantly amazed, inspired and exhilarated by what I was witnessing.

Director Steve McQueen constantly pushes the boundaries of film narrative and form and is not afraid to confront and question the viewers of his film.

I went into all the reasons I loved Hunger in the article I wrote earlier in the year, so I won’t go through them all again, all I will say is if you haven’t seen McQueen’s film yet, make it the first film you watch in 2009, you won’t regret it