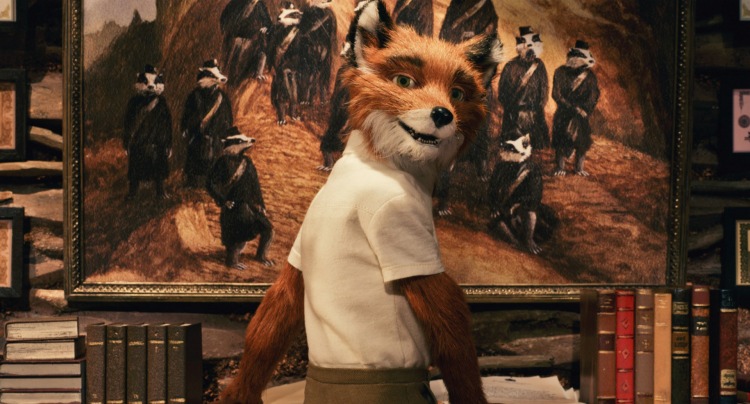 Growing up, the books of Roald Dahl were an important part of my childhood and even now they still have pride of place on my bookshelf. Some of my earliest memories are of my mum and dad reading me the likes of The BFG, The Witches and Charlie and the Chocolate Factory, over and over again. For some reason though, Fantastic Mr Fox was never one of my favourites, maybe I didn’t connect with it as a child, or maybe the voices my dad used for the animals weren’t funny enough (not that I’m blaming you if you’re reading this Pops!).

I’ve always been a little wary of adaptations of Roald Dahl books, they’re books that rely so much on a childish imagination, it’s often hard to see how an adult director will capture this. A few directors have already attempted the feat (Mel Stuart and Tim Burton with Charlie and the Chocolate Factory, Nicholas Roeg’s The Witches and Henry Selick’s James and the Giant Peach, to name a few), but none have quite captured the magic of Dahl’s writing. If you would have asked me for a list of directors that I would have chosen to direct a Dahl adaptation, Anderson wouldn’t have been top of that list (well since you are asking Gondry, Jonze, top 2 – you had your chance Burton). However, when i heard Wes Anderson was directing a stop motion version of Fantastic Mr Fox, I was all of a sudden overcome with the anticipation of what a good combination this could be.

Any fans of the eccentric Anderson will already be all too aware of the painstaking details he goes to in order to create his off the wall visions and this obsessive touch of his really paid off with his first venture into stop motion. The worlds he creates for Fantastic Mr Fox are truly magical and the details in his sets are so precise and so well thought out, that at times it’s almost too much to take in. Even down to the paintings hanging on the walls which have been so lovingly created with such great care, that they seem to be dying to reveal the complex back stories behind them: from the stormy landscapes by Mrs Fox to the badger portraits in the office of the Lawyers.

Not only are the sets (I’m talking about the film sets, not the ones in which the badgers live) beautifully created, but they also have a strong sense of Englishness about them. Which, as an English man, watching an American director’s adaptation of an English book by one of our most prized English authors, I was relieved to see. However, whilst the aesthetics of the film stay true to the setting of Dahl’s book, the animal characters are voiced by an ensemble cast of famous American actors. This can only be the smallest of complaints though, as I didn’t find it particularly strange, just a little disappointing. To be fair to Anderson, he did use some famous British voices for the human characters, with Michael Gambon impressing as Bean and a nice little cameo from Jarvis Cocker.

Whilst the film has style and panache in abundance, it can be said to be lacking in narrative and in character development. The basic premise of the film goes a little something like this: Mr Fox is a fox. Mr Fox likes to steal chickens. Mr Fox gives up stealing chicken to provide a more stable life for his fox family. After 12 Fox years without stealing Mr Fox goes back to his criminal life style. Mr Fox is then hunted down by farmer’s Boggis, Bunce and Bean. Mr Fox gets his fox family and wild animal friends into a bit of a pickle. Mr Fox comes to the rescue. Story wise it’s enough to keep a child entertained, but for an adult audience it’s a little slender, the support characters don’t get enough time to develop and ultimately as a viewer I didn’t really care what happened to them (although maybe I’m being a little unfair as the book wasn’t exactly a piece of narrative genius!). George Clooney’s brash overpowering Mr Fox eats up most of the screen-time leaving little time for the others to shine, although, Jason Schwartzman’s diminutive Ash does manage to steal a scene or two with his obsessive desire to be just like his fantastic father.