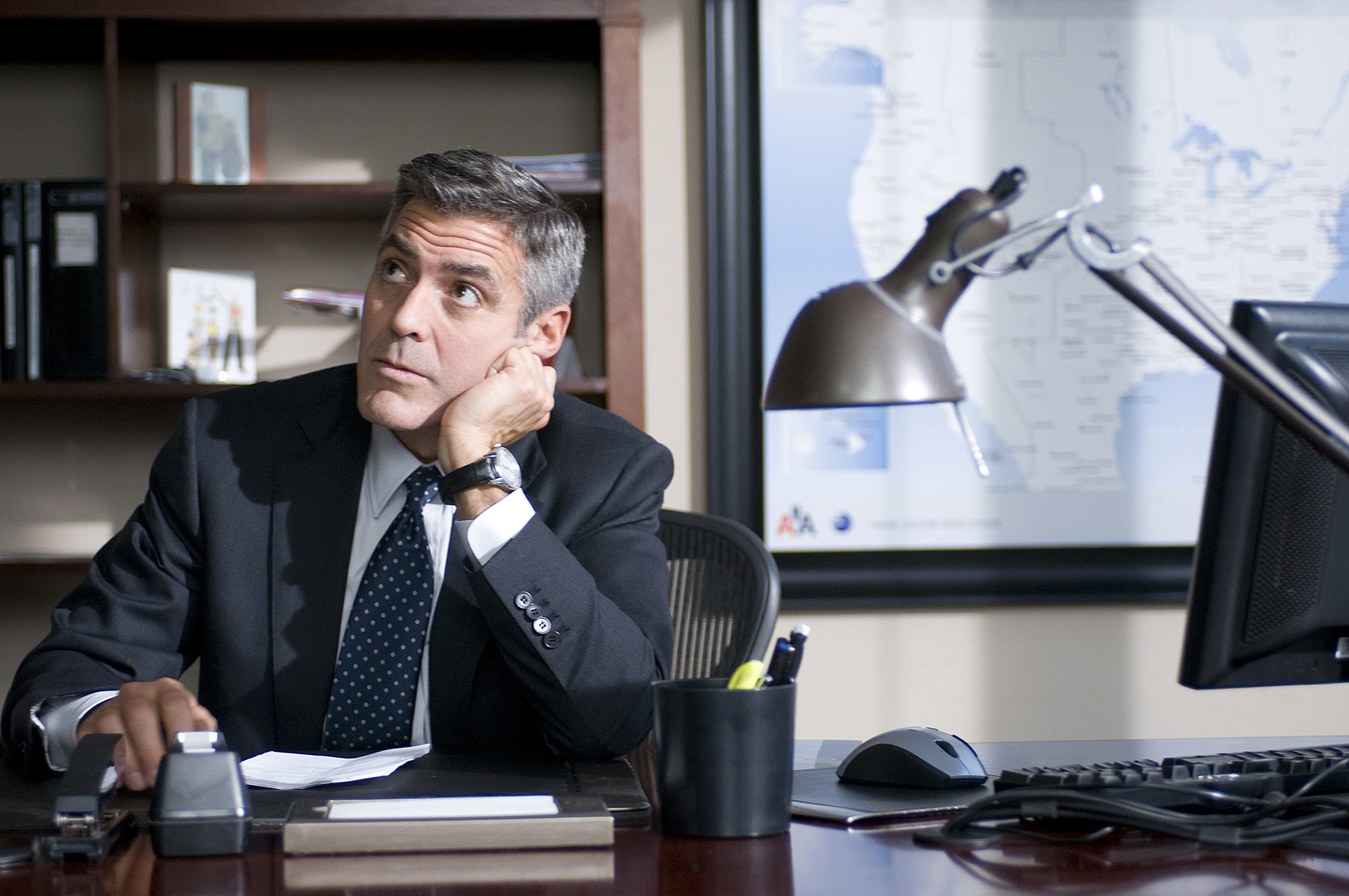 Jason Reitman (Juno, Thank You for Smoking) is back with another modern day tale of life, love and frequent flyer miles with Up in the Air.

George Clooney (this year is definitely the year of Clooney), plays Ryan Bingham, a middle-aged man who lives his life out of his immaculately packed, perfectly sized suitcase. Bingham is a corporate downsizing expert (he fires people!), who makes his way around America doing a job that others don’t have the balls to do. He loves his life, he loves his job and seems to want nothing more from his existence than to reach his life goal of clocking up ten million frequent flyer miles (which he’ll only be the 7th person to do). Unfortunately, Bingham’s reality is suddenly shattered by the appearance of two women in his life. The first, Alex (Vera Farmiga), another frequent flyer with a similar outlook on life (“Think of me as you with a vagina” she informs Bingham), threatens to disrupt his whole non-committal approach to women. Whilst the other, Natalie (Anna Kendrick), a self-assured, young techno-whiz, wants to revolutionize the downsizing industry by introducing firing by Web cam, essentially ‘grounding’ Bingham and the jet-set lifestyle he’s come so accustomed to. It’s a lightweight tale from Reitman and one that carries on from the same amusing, moral scattered themes we’ve seen in his earlier work. Although it was nice to see a slightly darker ending to this Hollywood story.

Right from the immaculate opening titles (another piece of work from Shadowplay, the people behind the titles sequences for Juno and Thank You for Smoking) and a snappy, smartly edited establishing sequence the tone is set. Just like Reitman’s last two features this is a smart, funny, well-constructed movie which is hard to dislike, even if at times it does resemble the best advert for American Airways ever made. 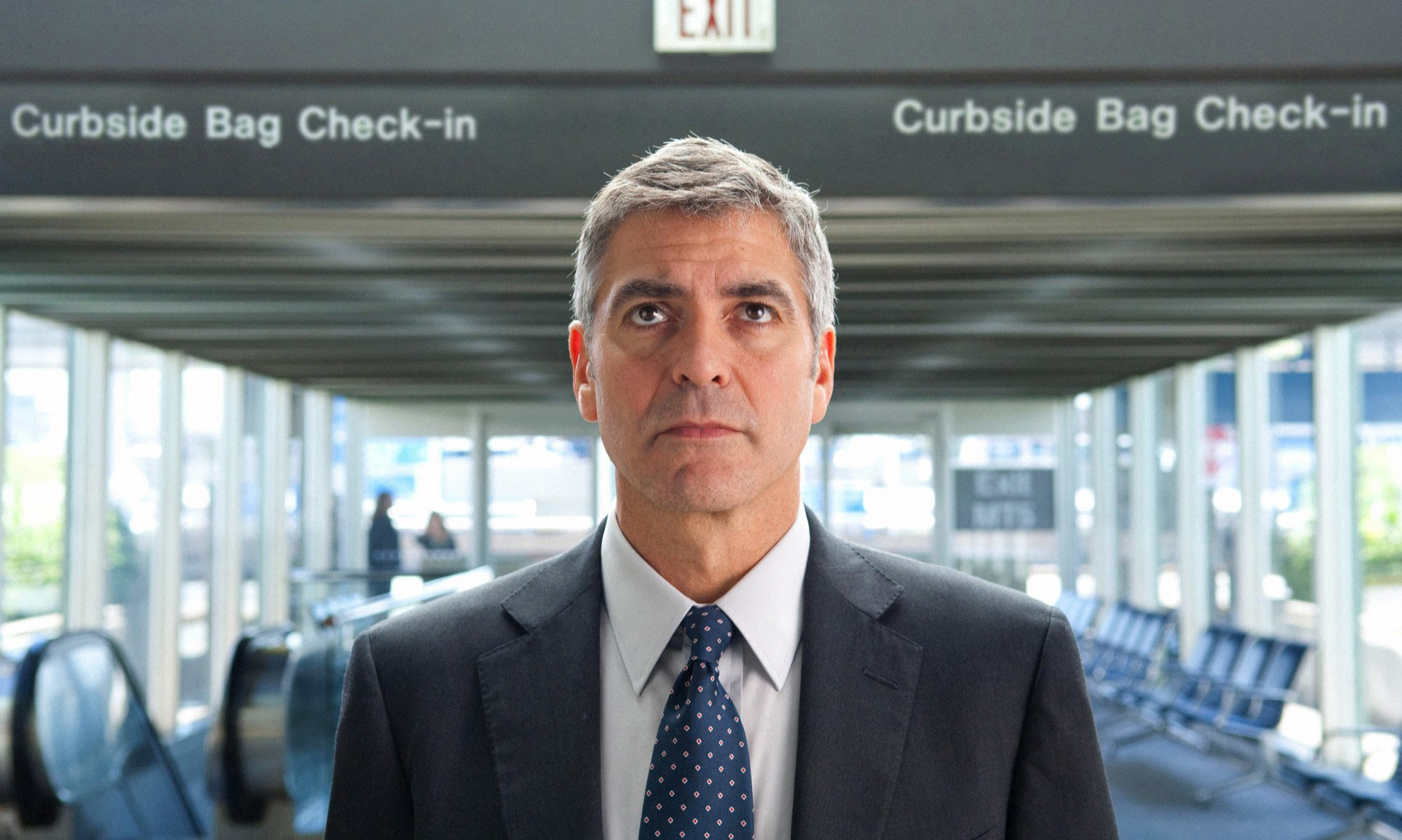 This is probably my favourite Clooney performance of the festival; smoother than the Fantastic Mr Fox and funnier (haha funny, not strange funny) than Lyn Cassady (The Men who Stare at Goats), George always seems to be at his best when riffing on his playboy image. Ryan Bingham certainly is one charismatic, captivating character and the praise for this has to go mainly to that performance. Although to be honest, Clooney plays this role with such ease, you start to question how much this on-screen persona is actually like the real-life George. The rest of the cast put in likable turns, Vera Famiga (Alex) and Anna Kendrick (Natalie) prove strong female characters in a male orientated world and Jason Bateman and Sam Elliott also bring some classic comic moments with their cameos.

My only criticism of Up in the Air would be that however amusing, however charming, it does seem a little like we’ve seen it all before. The plot is far to close to Thank You for Smoking and with another light-hearted, moving comedy I am starting to question whether Reitman has anything else to offer us (although maybe I’m being picky for picky’s sake!)

If Reitman is a one-trick pony though, then he surely has mastered that trick and however much I’d like to see him try something different I’m just going to sit back, relax and enjoy his one trick tactics for now.