Filmstock 11: The Best of the Shorts

The Filmstock short weekend has become somewhat of an annual event in my life in recent years and whatever I had planned for my summer or winter (the festival moved dates during its lifetime), I always made sure these dates were free in my diary. However, after 2009, I’ll have a big hole in my film watching schedule, as Sunday the 8th of November saw the last ever Filmstock short weekend, draw to a close. I managed to get to quite a few sessions over the weekend (8 out of 11 wasn’t bad!) and here, in no particular order, are my top ten Filmstock shorts: 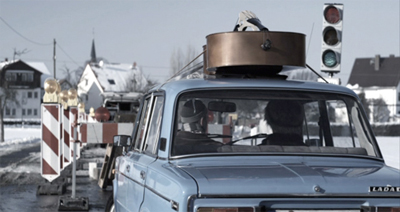 Das Paket – Marco Gadge
Two hardened gangsters Klaus and Bernd have to deliver a package. It has to get there in time, but a small traffic light becomes a big problem.

Das Paket is a rare type of short film, one that is full of cold, dark humour yet still manages to simmer with tension and intrigue. In this race against time, Director, Marco Gadge turns the smallest events into huge dramas and the humble traffic light, on a snow covered street, becomes the gangsters greatest nemesis.

I can Speak Swedish – David Forster & Charlene Loh
Jane buys a used car, in which she finds items that provide her with the chance to communicate with a world she once feared.

Production Design and attention to detail are key in Forster and Loh’s film and the pair create an odd, humorous world in which their Swedish obsessed heroine exists. I can Speak Swedish is a funny (ha ha), funny (weird) film, which is hugely enjoyable throughout, whilst also being extremely pleasing on the eye (shot on the Red One, the quality and definition is excellent). 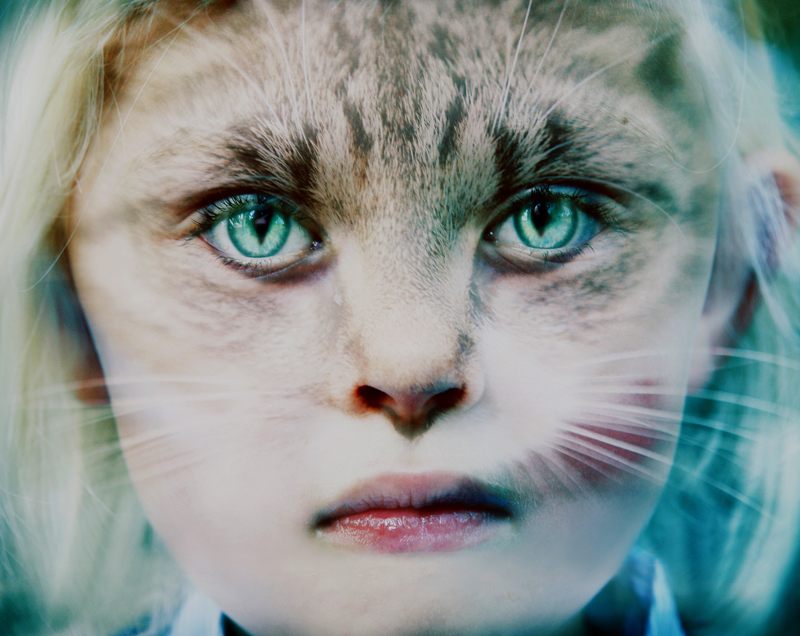 Love Child – Daniel Wirtberg
A young girl enjoys the perfect life of being the only child, when one day a new family member arrives.

Swedish Director Daniel Wirtberg began his filmmaking career at the tender age of 12, at 18 he was accepted into the Czech Film Academy and now at 26 he has completed his 4th short, Kärleksbarn (Love Child). This strange tale of Family life, is as funny as it is well made and the filming style, colour palette and even titles, all work in perfect harmony to form an excellent piece of short filmmaking. 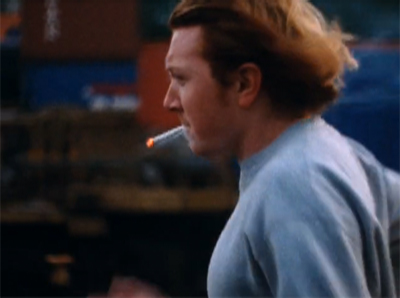 And You Keep Going – Lisa Pham
Boony and Gordo, two friends who refuse to give up on each other, smoke, fight and eat their way through another long day.

And you Keep Going is an odd, unusual, truly original film, that was, without doubt, my favourite short film of Filmstock 2009. The narrative appears (it’s not exactly the clearest of plots) to revolve around the exploits of odd couple, Boony and Gordo as they smoke their way through life and struggle to get over past experiences. If it is actually possible to embody the spirit of independent, alternative cinema within a 17 minute duration, then this is it.

With a background in stunts for Hollywood blockbusters such as Pirates of the Caribbean, Transformers and Tropic Thunder, director Lin Oeding knows his action movies. However, with his first short film, Interpretation, the director manages to combine his knowledge of physical feats with a certain poetry and visual flair, resulting in an exhilarating debut short. 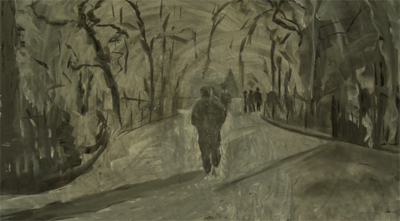 Screened on Remembrance Sunday, Grella’s Prayers for Peace was an apt and fitting film, for a day in which we remember those who sacrificed their lives in war. Drawn entirely with pastels on a slate chalkboard, this animation is technically astounding and incredibly moving. 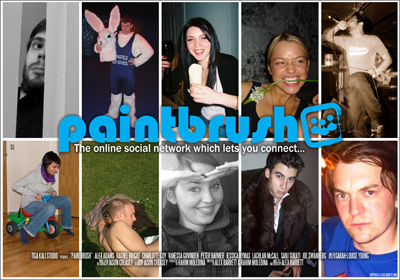 Barrett’s film is a modern portrait of today’s digital society and the choices many of us make, to share our lives publicly on Social Networking sites. Paintbrush not only made me laugh, it seriously made me think about the amount of time we spend ‘virtually’ existing (ok time to close the Facebook tab!). 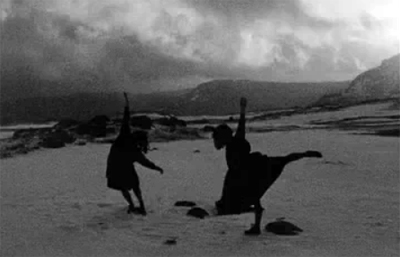 Memotekid – Marianna Morkore & Rannva Karadottir
An experimental dance film contrasting the minimalism of the dance with the overwhelming nature of the Faroe Islands.

Part Bjork Video, part cursed Ringu video, part bizarre Faroe Islands tourism video, Memotekid certainly definitely wins my ‘Most Original Short’ of the festival prize. Haunting and atmospheric, I didn’t dare take my eyes off this experimental dance film for 1 second of its 6 minute duration and it was a short I would happily watch over and over again. 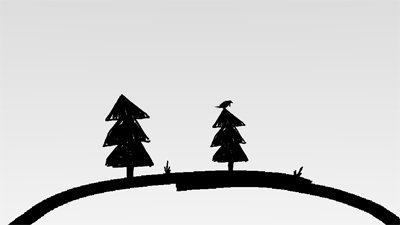 Corvus Corax – Adam Procter
In the beginning there was nothing. Only the Raven.

Friend of the site and Filmstock regular (7 films screened at the festival over 7 years) Adam Procter’s latest animation, Corvus Corax, seems his darkest and most adult yet (although I still haven’t watched the previous film – sorry Adam). Never afraid to take advantage of the blank space, the animation, combined with eerie track 36 Ghosts IV from Nine Inch Nails LP Ghosts I-IV, creates a completely unusual view of the creation of a planet. And as usual it’s all Carbon Neutral and Creative Commons. 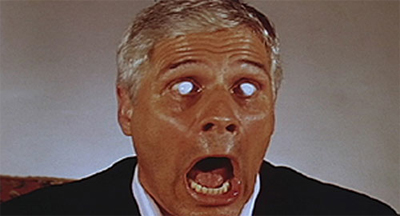 Offshore Bank – Thomas Barndt
A contract is a contract.

To be honest I haven’t got a clue what Offshore Bank was about, eye disease – maybe, an advert for Septic Tanque aftershave – perhaps, but whatever it’s subject, I absolutely loved it. Some reports describe it as a film about a crook who has his hearing improved, personally I would describe Offshore Bank as possibly the greatest 4-minute cinematic hallucination ever.