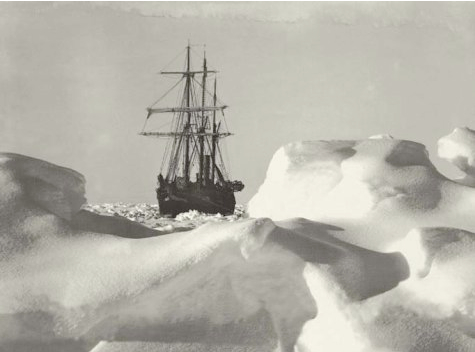 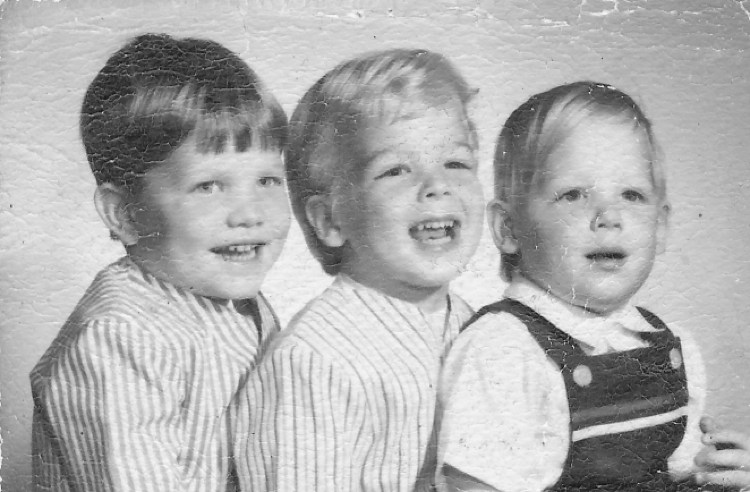 I’ve decided to break the rules slightly and am not exclusively listing films that were released in 2009 but films that I saw this year which made an impact on me. I saw some of them at film festivals, some at the cinema and some on DVD. I’m also being especially greedy and choosing my top twelve films [MarBelle: Tut tut]. Here they are, in no particular order:

Prodigal Sons – Kimberly Reed (2008)
Filmmaker Kimberly Reed attempts to reconcile with her long-estranged brother Marc, who has seen her as a rival since childhood. Their paths diverged long ago: Marc was permanently debilitated in a car accident and Kim left their small-town roots on a journey of self-discovery, which culminated in a change of gender. The film follows Kimberley as she returns to Montana for her high school reunion.

I saw this at the Big Sky Documentary Film Festival in Missoula, Montana way back in February. The screening was packed with many of the audience made up of Kimberley’s high school class featured in the film. This added to the intimacy of the screening and was a reminder of the impact a film can make on an audience. It would be fair to say it knocked the stuffing out of me. I was amazed at just how raw the emotions I was seeing on screen and was completely swept along with the search for identity and the age old battle of sibling rivalry.

Anvil! The Story of Anvil – Sacha Gervasi (2009)
Apparently, (it was on twitter so must be true) when Sacha Gervasi won the award for best documentary at the international documentary awards, he said, in tears, “A film doesn’t have to be serious to be profound.” – documentary.org I completely concur and this riches to rags ‘real life Spinal Tap’ had it all, humor, emotion and an epic voyage of discovery. Anvil drummer Robb Reiner said, “We are living proof that things are never too late and dreams do come true.” I loved it and was compelled to make heavy metal horns all the way home from the cinema.

Black Narcissus – Michael Powell & Emeric Pressburger (1947)
I got married in March this year. Over 12 years ago, before I even started going out with Steven he took me to see Black Narcissus at Broadway Cinema where we are both now based. There is so much about this film that I love – The heady atmosphere of nuns, repression, mountains and the handsome David Farrar flashing his thick thighs on a donkey, Kathleen Byron as sister Ruth and her manic transformation wielding a lipstick and dress. Least of all the amazing cinematography by Jack Cardiff (who sadly died this year) with the Himalayays recreated on a sound stage in London with the use of large photographs and coloured chalk. I felt that any man who would take me to see this was a keeper. I watched the film again after we got married and it has lost none of its magic. If you haven’t, go watch it now. (The full film is posted in parts on YouTube)

The Haunting – Robert Wise (1963)
Forget the clunky YouTube exposition sequences and budget charms of Paranormal Activity, I saw a screening of what I think could be the scariest film ever made at Mayhem Horror Film Festival. The Haunting builds restrained shivers and a chilling atmosphere by showing very little and allowing us to revel in the visitors to Hill House and how they deal with the terror. Claire Bloom is a particularly sassy resident.

This American Life
Not a film at all but the weekly podcast from Public Radio International and Ira Glass and the team. Three or four stories around a theme in three acts. I have included this as the storytelling is so good I always feel that I have seen a film at the end of the show. In fact, there are two TV series of the show but I prefer the intimacy of the radio programmes. Faultless.

You can access the archive since 1995 online, they are all good but particular favourites are: Mistakes Were Made about the epic, unfolding disaster that was American Cryonics and Break Up where Phil Collins explains the inspiration behind his classic break up song to Starlee Kine. 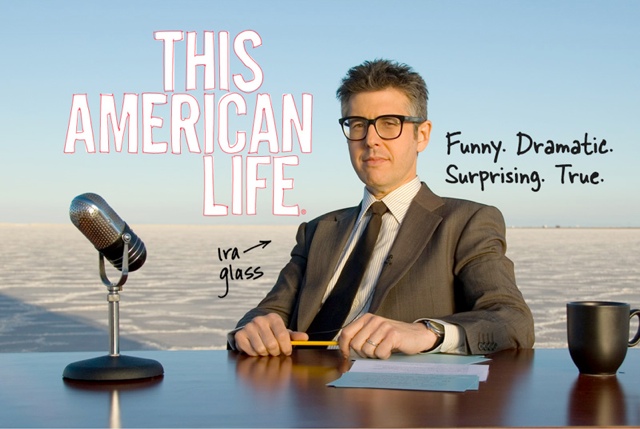 South – Frank Hurley (1919)
Another film I saw in Missoula at Big Sky Film Festival. The 1919 classic documentary about Ernest Shackleton’s harrowing Imperial Trans-Antarctic Expedition, with a live accompaniment from a trio called the Alloy Orchestra. Incorporating clarinet, accordion, musical saw and piano, the group created an otherworldly soundtrack to an already surreal film. It was incredibly haunting and I can’t believe that the film-makers survived the trip and brought back the images they did. In fact there are rumors that some footage was recreated in a studio. It feels like a pre-cursor to Werner Herzog’s battle against nature films.

I watched this as part of a John Hughes tribute night after his shock death in August this year. His films had such an impact on me as a teenager – I had red hair and was nicknamed ‘Molly’ by my friends in Middlesbrough. He provided a window into a faraway American world of high school, big cities and teenagers coming on top, vulnerabilities and all. When I made my film Teenland in 2006 I incorporated a cover of Pretty in Pink as a nod to Hughes. Watching it again Ferris is so cocky and just about gets away with it but I am so charmed by the loyalty Hughes shows to his teenage protagonists and audience. I’ve included one of my favourites scenes from the film where Cameron gets lost in the Seurat painting.

“Life moves pretty fast. You don’t stop and look around once in a while and you might miss it.”

Sounds Like Teen Spirit – Jamie Jay Johnson (2008)
I saw Jamie Jay Johnson pitch this film, his “popumentary” at Britdoc two years ago in a public pitching forum so was incredibly intrigued to see the outcome. He’s a very lovely guy and his other films are both charming and bonkers. The film did not disappoint – It’s a moving, laugh out loud journey straight into the heart of Eurovision and the little girl from Georgia will break your heart.

The September Issue – R J Cutler (2009)
At Sheffield Doc/Fest this year I attended a master class by R J Cutler. As I reported for Directors Notes at the time he was incredibly entertaining and quotable:

It’s all about trust. You gain their trust by being yourself and by being trustworthy.
The story belongs to the subject and not to me. Ask yourself? Is this what they do, is this truthful?
Fly on the wall? I don’t want to fade into the background, as comfortable with being themselves with me as anyone else.
As a film-maker You spend your life in places you’re not supposed to be.
TV is a shark , it’s got to eat. And what it eats is eyeballs.

The biggest burden of being experienced is that you think there are things that you can or can’t do.

His previous films include The War Room and I was interested to see how he would swap politics for fashion. The answer that there really isn’t a difference in approach, although he said that making a film about two British women was difficult. Apparently communication was done in glances and looks rather than statements and words. Cutler got ahead by relentlessly pursuing the one person who didn’t want to be in the film and winning her over – Grace Coddington. For all the headlines about Anna Wintour, this is Grace’s film. I think she was eventually charmed by their shared commitment to making art and creating.

Moon – Duncan Jones (2009)
The talk of Edinburgh Film Festival, I watched it as soon as I got home in an empty Broadway cinema and it more than lived up to the hype. Claustrophobic, stylish and economical in storytelling and filmmaking I was gripped by Sam Rockwell’s compelling performance as a man struggling with who he was, miles from home and humanity.

The Nashville Sound – Robert Elfstrom & David Hoffman (1970)
In August I traveled all around the Southern States filming a pilot for my new film Orion. One of the people we were unable to film was Orion’s ex-manager and Sun Records president target=”_blank”Shelby Singleton due to his poor health . We spoke on the phone and we filmed in his empty office and I was haunted by the man behind the story we were pursuing. (Shelby sadly died in November). On my return I watched this film as recommended by Stewart Copeland. It’s a feature documentary filmed in 1970 at the Grand Ole Opry, Nashville. It interweaves performances from all of the country greats with one aspiring singer trying to make it in Nashville. The man eventually gets an audience with Shelby Singleton and he shows Simon Cowell just how it was done in Nashville, back in the day.

I love Alaska – Lernert Engelberts and Sander Plug (2008)
I’ve included this series of films, which I saw as one long screening at a festival partly because they’re so odd, partly because they can all be seen online now and partly because I saw them over 10 months ago and they have stayed with me. They’re a bit of an endurance test but eerily haunting and well worth the watch. Watch with headphones on. Here’s the blurb:

August 4, 2006, the personal search queries of 650,000 AOL (America Online) users accidentally ended up on the Internet, for all to see. These search queries were entered in AOL’s search engine over a three-month period. After three days AOL realized their blunder and removed the data from their site, but the sensitive private data had already leaked to several other sites.

I Love Alaska tells the story of one of those AOL users. We get to know a religious middle-aged woman from Houston, Texas, who spends her days at home behind her TV and computer. Her unique style of phrasing combined with her putting her ideas, convictions and obsessions into AOL’s search engine, turn her personal story into a disconcerting novel of sorts.

Over a period of three months, a portrait of a woman emerges who is diligently searching for like-minded souls. The list of her search queries read aloud by a voice-over reads like a revealing character study of a somewhat obese middle-aged lady in her menopause, who is looking for a way to rejuvenate her sex life. In the end, when she cheats on her husband with a man she met online, her life seems to crumble around her. She regrets her deceit, admits to her Internet addiction and dreams of a new life in Alaska.

Bronson – Gala screening at Broadway cinema, Nottingham. 90 minutes of violent ballet followed by the most animated Q&A in a long while. Many in the audience had done time with Charlie Bronson and were keen to share their personal recollections in a tense half hour.

In the Loop – Glorious, sweary, sweary Malcolm Tucker. Would have made the top 12 but I liked the TV series better.