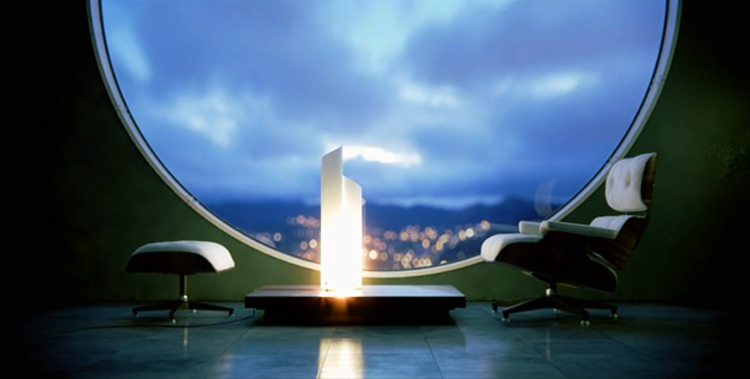 The Third and The Seventh

The short film has taken many forms and styles through the years and with the rapid development of technologies and software over the past decade or so, we have seen the medium evolve to a whole new level. In recent years, the equipment needed to create films, whether live action or animation, has not only become cheaper but more readily available, resulting in not only an increase in quantity, but also quality. Animation is one format which has definitely seen a vast change in techniques due to the advancement of tools available for the artist and the increasing popularity of CGI has seen the boundaries between Live Action and Animation become increasingly blurred.

Alex Roman’s full-CG animated piece, The Third and The Seventh, is one such film that strives to push the boundaries between the real and the computer-generated image. The world he creates is so meticulous and rich with detail, it’s hard to believe the spaces only truly exist on a hard drive somewhere. Equally beyond comprehension is the fact that such a stunning piece of filmmaking was created by just one man, a testament to not only hard work and dedication, but the advancements in animators’ tools I referred to above.

On first viewing The Third and The Seventh, I had no idea I was seeing a completely digitally created image and initially thought I was witnessing some of the most vivid and dramatic cinematography I’d ever seen in a short. It was only after realising this was an entirely animated piece that I was truly stunned and have since had to watch the film over and over in disbelief.

Like many debated pieces of art, Roman’s film is bound to split opinions and where many will love and appreciate its style, pacing and atmosphere, many others may dislike it for its lack of narrative, drive or attachment. A few on Vimeo have already questioned the film’s claims to be a ‘FULL-CG animated piece’, dismissing it as ‘too good to be true’.

Personally, I found The Third and The Seventh not only mesmerizing and breathtaking, but also a little touching and profound. A tribute not only to architecture and nature, but also to a digital art often seen as cold and clinical.

I’m often drawn to short films as they offer filmmakers the scope to attempt things they never could over a longer duration and this is certainly the case with The Third and The Seventh. Its charm and appeal is something, which might wear off over an extended period. Narrative pieces dominate the short film world because of the readily made involvement and participation they provide for the viewer. However, I hope there’s always a place for inventive experimental shorts as exhilarating and inspiring as Alex Roman’s.

5 Responses to The Third and The Seventh