A Conversation with Jack Thorne

When people knew I was talking to a writer who lives in Luton and has written for Shameless and Skins they assumed he moved here for material, but Jack Thorne, an acclaimed writer for TV, theatre, radio and now film had a different motive.

“Price, sorry. I wanted somewhere where I wasn’t working in my bedroom anymore. I wanted a house and Luton appealed. I was born in Newbury which is quite a small town and for me the height of luxury was going to Reading for the weekend and Luton has a lot of Reading to it”.

What about it though made it the right place for a budding scribe?

“Wetherspoons, I won’t hear a bad word said about it. It has a library. That and People’s Park. You wander around a place thinking ‘can I live here? What’s it got?’ And it was those two places. I’ve since discovered the bells in the pavement [in Bury Park] which I think are also brilliant”.

I claim we have very nice parks. “You do” he replies before quickly correcting himself, “We do”.

I’m talking to Jack because he has written a feature film due out next month called The Scouting Book For Boys starring Thomas Turgoose and Rafe Spall set on a British Holiday Park. The film is funded in part by Film Four and is a bittersweet, dark drama revolving around the lives of two teens that live on the park. Having written for TV, most recently the reality TV send up Cast Offs featuring an all disabled cast, Jack is turning his hand to the big screen with this independent British film. It is an ode to a world the writer clearly loves. I ask him where the idea came from.

“I’ve always been into caravan parks and it was actually reading Robbie Williams’ unofficial biography and he talked about his Dad being a campsite entertainer. I just thought that was really cool and it started me thinking about what it must be like to live on a caravan site permanently”.

“I think they are amazing places, me and my sister would mostly use the pool. We’d go off during the day, and wouldn’t really go for the entertainment at night, but other people never leave the site, and it’s that sense of ‘the castle’. The director Tom (Harper) talks about it like it’s a complete world for those kids, it’s all they know”.

Talk turns to the kids of today, and the way they spend their leisure time. Jack Thorne is clearly not a teenager but he understands the essence of youth and his talk about the kids in his neighbourhood and the majority of urban dwelling teens is spot on. He knows what it’s like to be young and he knows how to articulate it, as his work on Shameless and Skins has already proved. The Scouting Book For Boys crystallizes the angst and awkwardness of youth beautifully.

The film is a delight, full of dark twists and the ending is stark and surprising. Jack mentions that a lot of people wanted to change it, thankfully it remains unscathed. I don’t want to reveal too much here, because it would give so much away, and I want you to see it. 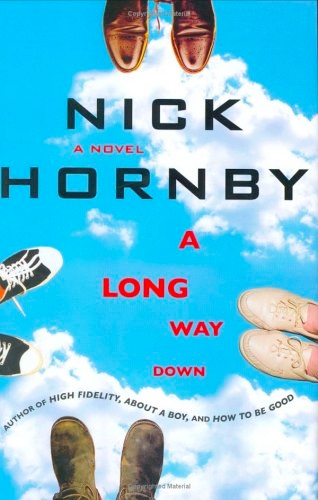 During the rest of our conversation we cover many bases as Jack rips the Ethan Hawke starring Daybreakers apart (rightfully so), before we lament the Cineworld programme. The recent Oscar and Bafta nominations for An Education are great, because he is currently adapting Nick Hornby’s tough A Long Way Down for the same producers, but struggling with the ‘happy ending’. He has more TV stuff coming up, there’s a project with Shane Meadows. It’s all said with an air of disbelief. After our chat he tweets about seeing the poster for the film at the Curzon Soho cinema in London, one of the few places it will screen and he seems genuinely amazed. It’s fantastic.

He has worked in TV, Theatre, Radio and now film but there is not an ounce of pretension in him. He is a multi-platformist for no other reasons than he likes to tell different stories in different mediums. He clearly works incredibly hard, but is humble to a fault. When he defers my suggestion that the Hornby he’s working on is the successful, recent Juliet, Naked he claims that book is being handled by a ‘real screenwriter’.

It’s modesty. And it’s charming. It’s also misplaced, because he is a real screenwriter. He’s a real, living, breathing writer and he is in our midst. Chat returns to Luton, mainly through my fascination with having a successful writer sitting across from me in my office. It’s clear that he moved here for the isolation and cost, but he is as hooked as the rest of us on the strange energy of our belittled hometown. I tell him of some good restaurants so he can get out more, and a nice butchers where he lives. We finish on agreement. We need a nice bakery.