What volcano? Next stop Hot Docs

After spending a nervous few weeks wondering whether my trip would actually happen – tentatively searching to make sure the online bookings company I used to book my flight haven’t gone bust in the post volcano fallout – I am happily installed on Air Canada and heading to Toronto for North America’s biggest documentary festival – Hot Docs.

My new film ORION has been selected as one of seven feature doc projects to be developed as part of Interdoc run by the Scottish Documentary Institute and Initialize.

I found out on Tuesday the good news that my application to EMMedia was successful and they have invested in my company Glimmer Films, supporting a development programme I proposed; It includes my participation in Interdoc as well as attending key doc festivals; Sheffield Doc/Fest, Sunny Side of the Doc and the upcoming Seize the Future workshop. I’m aiming to raise finance for ORION and other Glimmer projects as well as meet other doc makers at these festivals.

The regional development agencies have come under a lot of fire in recent months but I strongly believe that EMMedia have had a transformative effect on film-making and creative output throughout the East Midlands. Their continued support and faith in my work has enabled me to set up my own company and to develop films that are made outside of London but with International ambition. I’ve also seen film production and ambition in the region visibly increase in the last 3-5 years – 7 features made in the East Midlands at EIFF in both 2009 and 2008. I dearly hope that whatever government we end up with next Friday recognises the value of this investment as vital to progressing the British Film industry and talent development.

My poor, abused credit card is also incredibly happy as I was using it to bankroll the trip. I can now order food in Canada without worry of financial ruin. Raising finance for films is an expensive business. 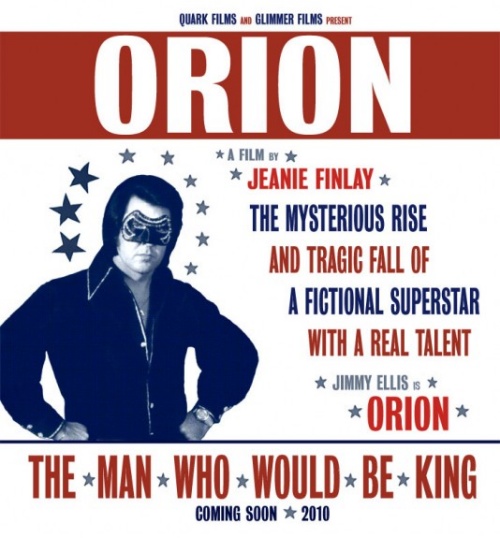 General uncertainty brought about by global travel disruptions – “Volcano malaise” combined with the dual distractions of the election – Bigot-gate anyone? and Screenlit, Broadway’s own film festival, mean that I feel incredibly unprepared for Hot Docs. I have no real idea of what to expect and have a feeling I will only really feel ready when my plane touches down in Canada.

The very first film festival I showed a film at was in Toronto – World Wide Short Film Festival, with my short doc Love Takes back in 2003. My husband’s (Steven Sheil) horror short Cry was also selected and we braved the fear of catching SARS to make it out. I loved Toronto. Seeing the cut-price mecca Honest Ed’s depicted in the Scott Pilgrim novel I read last week brought it all flooding back and made me incredibly nostalgic for the trip. The street cars run directly underneath the Bloor theater and they added a certain something in the way of sub bass to the midnight mania programme that Steven’s film was a part of.

I’ve been to a fair few festivals since then. I don’t set myself up as an expert in any way but here are my film festival Do’s and Don’ts that I have picked up along the way. Feel free to comment, disagree or add your own:

Don’t be tempted to drink the festival dry on the first night, no matter how delicious the free wine – You will only regret it in some way on day two and a week of receptions can feel like a marathon. I have borrowed this advice from Whitby Goth Weekend’s advice to newbies but it applies to pretty much any festival.

Don’t drink and get ink – Although I feel a feint glimmer of affection for my life long souvenir from a drunken afternoon in Scarborough at 18, I wouldn’t recommend it as the best way of choosing a tatt. A friend almost did the same at midnight at Big Sky Doc fest earlier this year and I believe at SXSW it is a regular occurrance. Just wait till daylight!

Don’t mix your festival freebie bag up with everyone else’s – I always decant the contents of my festival giveaway bag as soon as possible. If there are 2000 delegates at a festival, all with the same bag, all hanging out in close proximity – inevitably stuff gets mixed up.

Do go to the Who’s Who / Meet the Commissioner sessions – Recognising financiers / commissioners from the out of date photos that are supplied in the buyers guide is an art in itself.

I witnessed an over enthusiastic producer at a particularly director friendly festival plying one of the few financiers there with all manner of flyers, dvds and press kits. This was at 11.30pm in a very loud and dark night club, with karaoke blaring in the background. The recipient of these “giveaways” wore the resigned look of a tired Crackerjack contestant. I would bet a small fortune that none of that material they then had to carry back to the hotel ever resulted in helping ANY film get made.

Don’t stalk funders – I’ve heard countless horror stories of funders being pitched to in toilet cubicles. A close friend of mine is a commissioner – We ended up having a code phrase that if uttered meant they needed saving from an unwanted or inappropriate late night pitch.

Don’t make meetings at a festival if the person you need lives in your home town – If they’re busy at the festival you’ll get more achieved and longer to talk if you meet during normal work hours.

Don’t even attempt eating out in a group of more than 12 if you want to eat in less than 3 hours, it won’t happen.

Don’t attempt to walk the length of a city from venue to venue in Taxi-only shoes.

Do take with you: blank DVDs to run off dvds and trailers if you need them. Business cards, postcards, pain killers and moisturiser.

Do buy Skype out calls for your iPhone – Much better value for calling internationally if you have access to wifi.

Do put your trailer on your iPhone rather than drag your poor laptop everywhere and do remember headphones.

Do book time in the video teque early to catch up on any films you miss.

Don’t spend all your time in the cinema – I would always take a session or meeting over seeing a film that will likely come to Broadway, the cinema where I am based. However saying that …

… Do remember to watch films – There is nothing like the excitement of a sold out premiere or the opportunity of hearing a director talk about their film in person. Seeing Prodigal Sons, Capturing The Friedmans, I Love Alaska, Four Lions and South (to name a few) have been overwhelming and memorable festival experiences.

Lastly I leave you with the sage words of Mike Steinberg, director of The Big Sky Documentary Film festival:

Don’t ever get two or more of the following: too tired, too drunk, too hungry or too lonely. It will all end in tears.