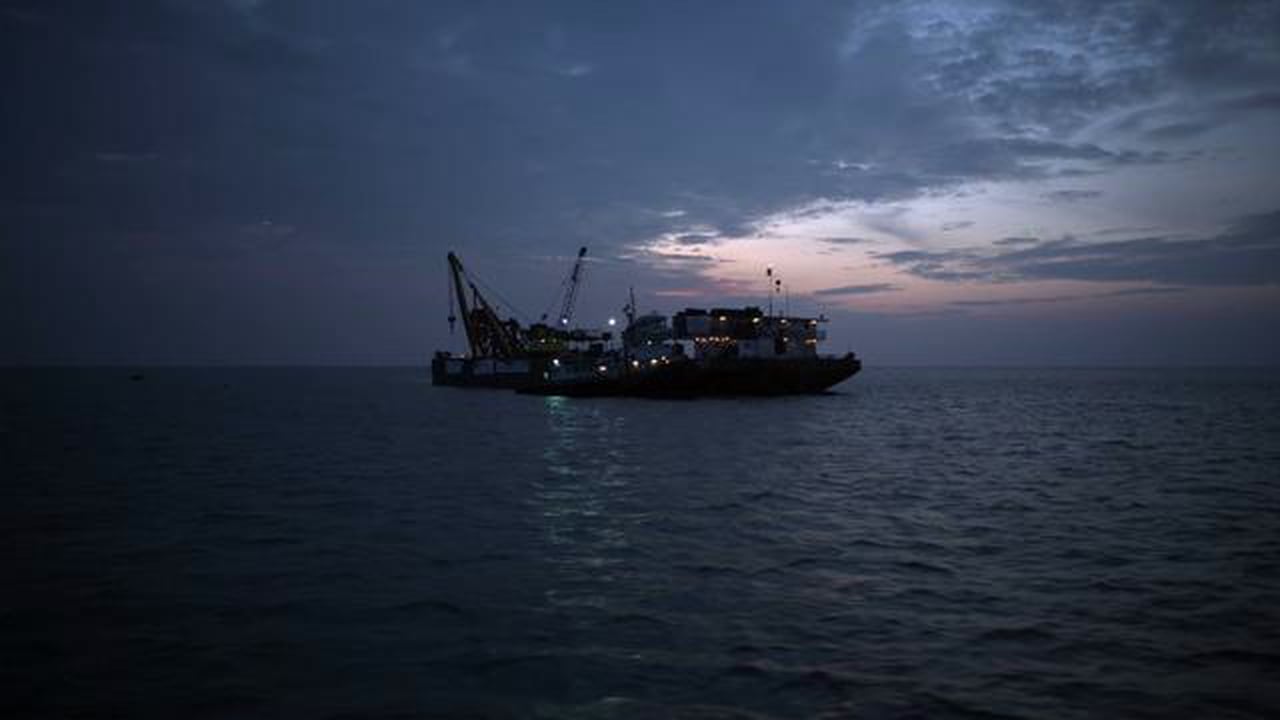 Leviathan was made in two discrete locations: off the coast of Phuket in Thailand and in the Hudson River off the island of Manhattan. The buckled fuselage of the US Airways disaster is hoisted by cranes from the ice floes surrounding New York in winter. Meanwhile, at the other side of the world, the wreck of an old U.S. bomber is lowered beneathe the tropical waves. These remnants of the Vietnam War are being sunk onto the seabed in order to restimulate Phuket’s lucrative dive tourism industry affected by the recent Tsunami’s destruction of the indigenous coral reef environment.

Theatre of War was shot from one of Saddam Hussein’s hilltop palaces situated in the mountains overlooking the River Tigris in central Iraq. It is a slow, virtually static video piece redolent of classical history painting. Audio was recorded at the official US military hand-over ceremony at the nearby city of Saniya. A mullah’s prayer for unity among Arabs is spoken, after which the pan-Arab national anthem, Mawtini (My Homeland) is played, emphasizing Arab national solidarity and a pan-Arab territory. March 2009.

Bullet scored paraphernalia lie scattered in these dangerous wastes, evoking sculpture by Giacometti, Moore, Serra. Live and spent fire litter the surrounding landscape, creating an indelible image of the playfulness of destruction. The soundtrack invokes a roll of Iraqi place names, some of which are immediately recognizable to us through countless news dispatches from Iraqi wars.