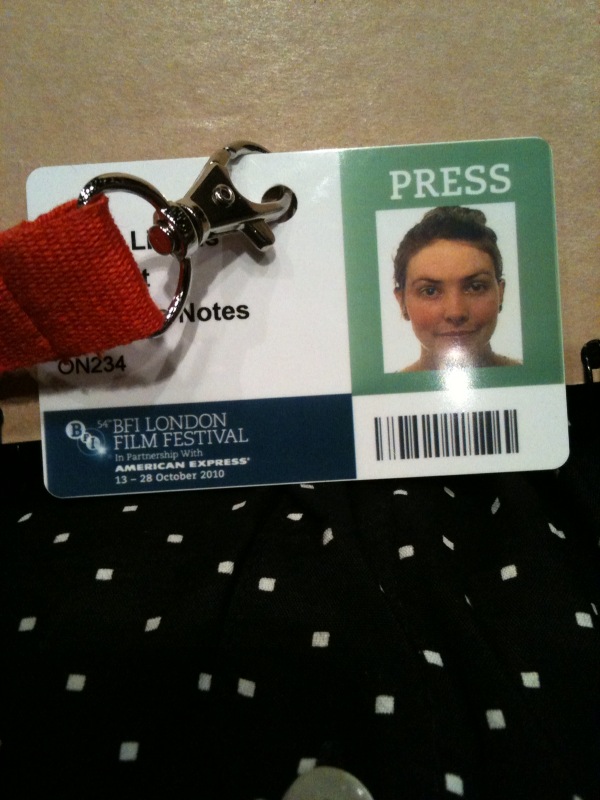 Due to MarBelle being exceptionally busy this year, the fantastic buck of covering the 54th BFI London Film Festival has been passed down to me. I’ll try my best to tell you about the films I’ve watched, whilst also tracking down directors as I take over some of MarBelle’s podcasting duties.

Not only will this be my first full festival coverage for DN, this will also be my first extensive attendance at the London Film Festival, where in previous years I’ve only been able to get myself to a few of the feature screenings. Looking through such a comprehensive programme it’s pretty easy to get lost within the descriptions and excitement of it all. However, after reading through several times I think I pretty much have my list of must-sees.

Films that have particularly caught my attention so far include the return of Mike Leigh with Another Year, American indie It’s Kind of a Funny Story and one of the stand out films generating a lot of excitement from this year’s Sundance and Cannes festivals, Blue Valentine. Documentaries are a particular weakness of mine, and this year two in the shape of Benda Bilili and Waste Land make a good first impression as do The Arbor and In our Name in the New British Cinema category.  A very squashed list of the films I’m hoping on catching not to mention the ones I’m going to stumble on along the way.

For the next two weeks I’ll be writing and capturing as much of the festival as I can, gaining interviews and writing my thoughts on some of the best and most exciting cinema to come out this year. Tune in!