I’ve been looking forward to Sheffield Doc/Fest for a while, as I’m showing my short film PS Your Mystery Sender. I’ll be attending many talks and films so have a read of what I get up to…

I arrived quite early so went straight to the Chapel where the cross platform discussions were being held. There’s less happening today because the main talks and classes kick off Thursday, but I’m still glad I made the effort to come over early, because within the first 5 minutes I heard about some potential funding that might be relevant to a project of mine.

The main discussion points were, of course, social media and how you need to consider the search optimisation of your social media, but the other major topic hot on everyone’s lips was crowd sourcing, and whether it can actually work? There were a few examples used, such as The Age of Stupid and how it offered £10 to £500 investment opportunities for which you received a copy of the film and a share of the profits. The guy presenting had received £18 back the first year, £300 last year and looks likely to receive more in the future. He spoke about the idea of including the participant by offering an opportunity to be part of the film. I liked his idea of investing £500 in the film about Mugabe and getting the opportunity to have an evening meal with a Mugabe look-a-like where you could discuss human rights issues.

Next I spoke to some people at the museum and archives, to see if I could find out about researching for the Tate, as I’m due to make a film for Tate Media very soon. Many people sitting around tables discussing how to source archives for museums.

I spent some time in the ‘Videotheque’ watching shorts before I went to see Amy Rose’s Twinset (pictured above). Amy, is a fellow recipient of the Scottish Documentary Institute’s Bridging the Gap scheme, there’s a few of us around in Sheffield so it proves the scheme’s success. Twinset was great; a measured, mature and slightly off–centre take on Jennifer, a transvestite living in Holland-on-sea, Essex, whose friends are old ladies at a local tea room in the church.

The Videotheque is a place where you can catch up on anything you miss in the film programme, it has most of the films available for you to watch with headphones on an iMac. The film that stood out most was The Mystery of Flying Kicks, about the shoes found around telephone wires/power cables. It was set up so that people left messages explaining its significance in their area; could be gangs, loosing your virginity, or leaving your job at a Chinese restaurant. The film included some filmed testimonies but the majority were visualised through animation or graphics.

Then on to Joan Rivers: A Piece of Work the big opener. She certainly has presence, power and is very funny. The film was solid, but as they followed her for 14 months pretty much 24-7 that’s exactly what I’d expect. It didn’t blow me away, but it was good and is worth a watch. I think Joan came across well and was very likeable.

Listening to Heather Leach talking about her cross platform project

After the Joan Rivers screening – wine and food 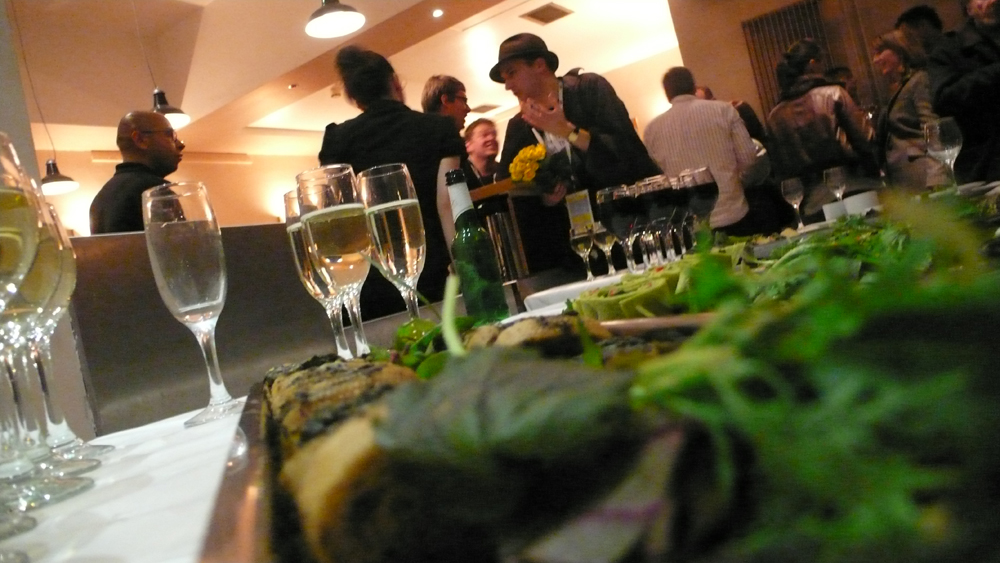 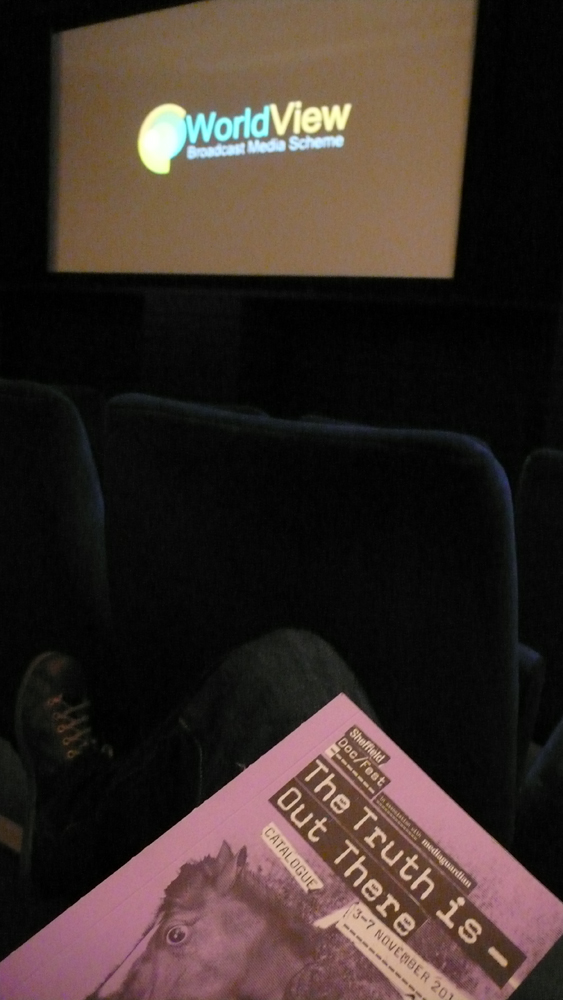