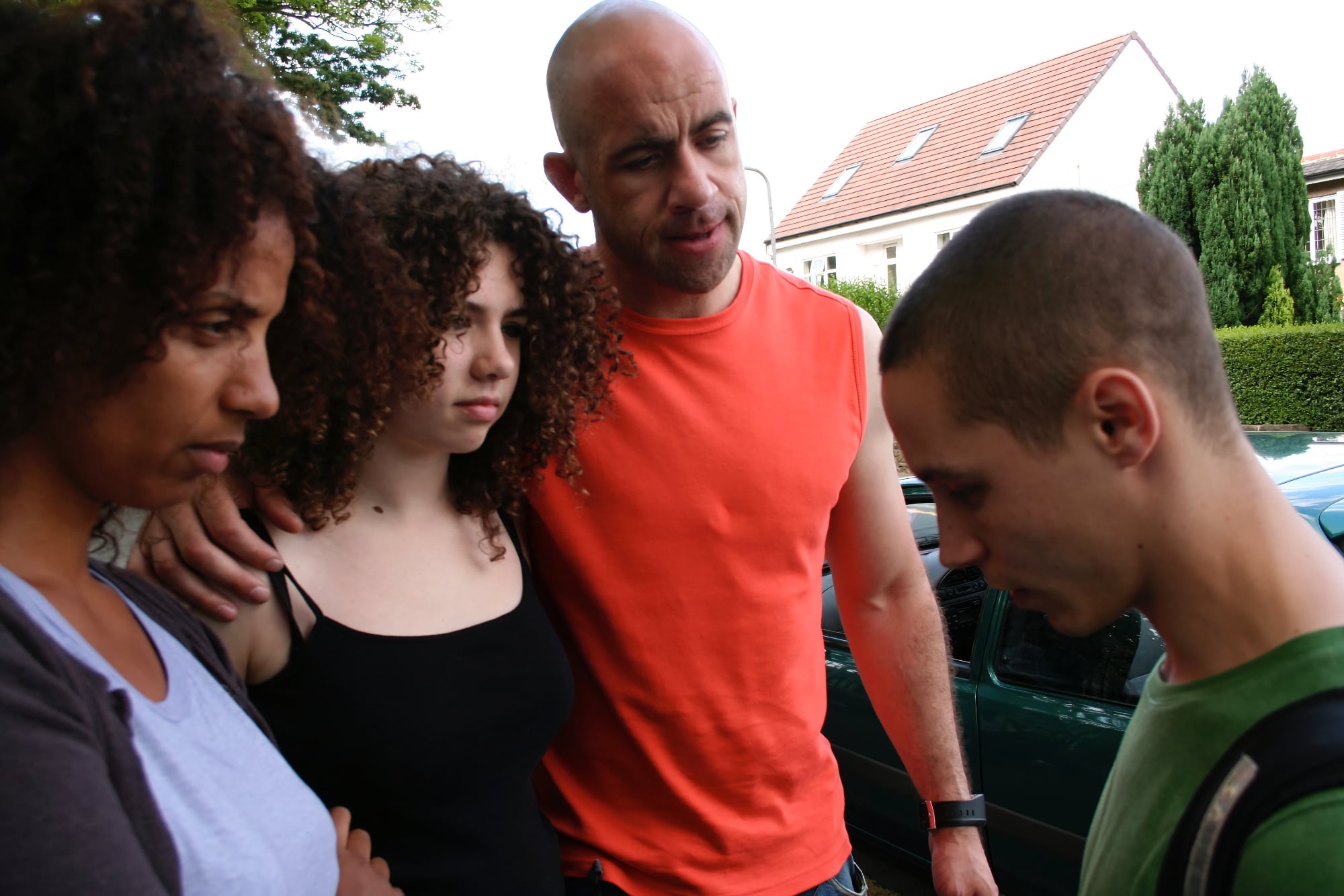 Pussy is a somewhat lighthearted delivery of a much more serious subject. Ellie is being sexually bullied by a boy at her school, Rocco. With constant humiliation in front of her peers, she’s struggling to cope alone leading to her parents’ intervention and our introduction of the film. This short is another unquestionably loveable film, seeing the bully put in their place is something an audience will never tire of. Also, the sense of strength and support within this young girl’s family is something that also left me smiling.

Written, directed and produced by Debbie Howard, founder of production company Big Buddha Films, started her career in acting. It was after 25 years spent doing just that when she began to realise the number of women’s roles in films where becoming more scarce and certainly less substantial. She began writing her own scripts featuring strong female characters which eventually led to Big Buddha Films and the aim of creating powerful thought provoking films with female protagonists at their heart. With cuts to film funding in full effect, Debbie is now attempting to self raise funding for her next film Peekaboo, You can watch her IndieGoGo pitch, and donate to the project via the website here.

Part of Me is a film that certainly leaves an impression. In many ways a quite disturbing short, as a viewer you’re left with questions that remain unanswered. A film about two women’s relationship; Nathalie is left distraught when the two closest people in her life betray her. With minimum dialog featured throughout the script, the two women’s actions and expressions speak for themselves. In doing so, Part of Me is a film that leaves your eyes permanently fixed on the picture.

Directed on 16mm by Mihaal Danziger, its producer Cecilia Frugiuele who is given a special mention as part of the UnderWire Film Festival. Born and raised in Milan, Cecilia moved to London to study in 2004 and throughout that time has been devoted to producing and working on both shorts and features. Establishing a growing relationship with the National Film and Television School, she has also collaborated with Parkville Pictures since 2007. Producing three films for Parkville alone this year, Part of Me is the first to hit the international festival circuits having had its premiere at the Budapest Short Film Festival. Cecilia is certainly a young producer to watch out for in the future within both film and television.