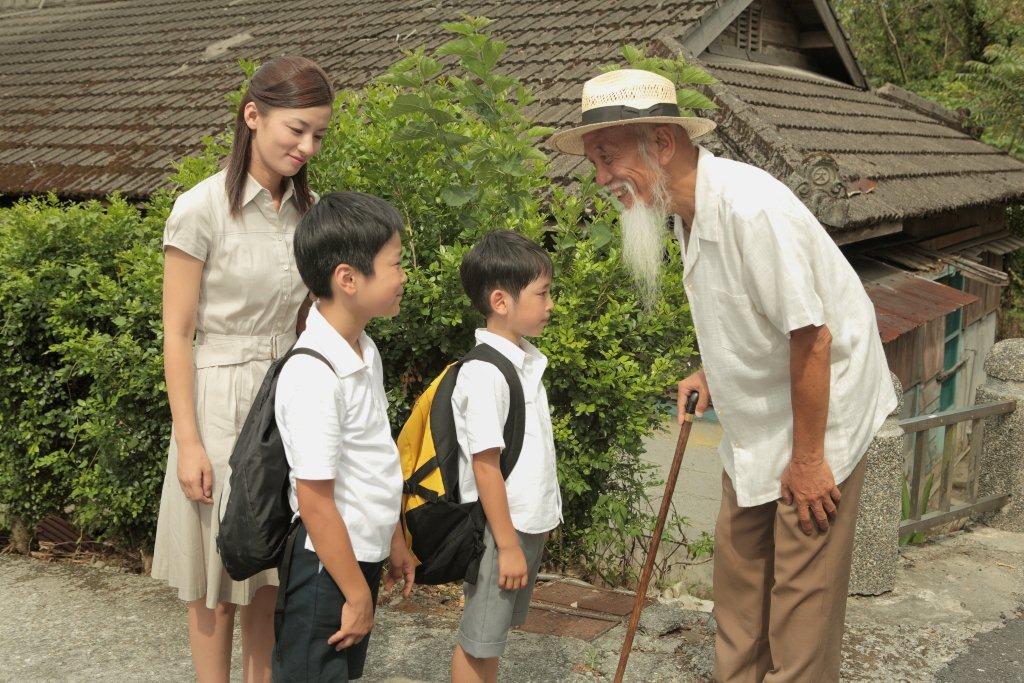 BAFTA and the Embassy of Japan, funded by the Japan Foundation, hosted their sixth mini-festival on contemporary Japanese cinema at BAFTA over the weekend. Renowned programmer and critic of East Asian cinema, Tony Rayns, and Japanese film-specialist Alexander Jacoby co-programmed a selection of films that had not yet reached English screens. There was a breadth to the choices that was admirable considering the limited space in the schedule; the six films programmed ranged from period dramas, comedies, independent features and a retrospective screening. 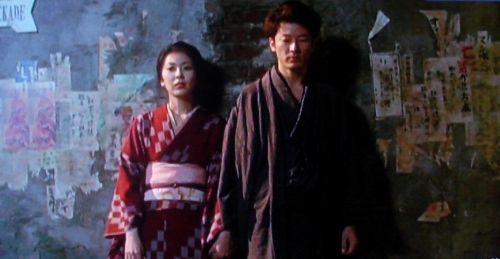 The weekend began with Villon’s Wife, a period adaptation of a novel by Dazai Osamu about a devoted wife and her reckless alcoholic writer-husband. Set during the conclusion and immediate aftermath of World War II, the narrative follows a lifestyle almost entirely detached from the turbulence of wartime and postwar Japan, yet subtly inscribes the confusion of the end of the war. The stability of masculinity is questioned through the writer Otani as he struggles in fear of both life and death, a limbo state that characterizes the dubiety of the period. Despite repeat suicide attempts, disloyal adulterous behaviour and complete abandonment of family life, the wife Sachi remains faithful. The problem with Villon’s Wife is that it seems perfectly comfortable celebrating such extreme fidelity. The original source material is no excuse, as an adaptation still has the ability to question its derivation. Furthermore, the film adds nothing to the tired narrative template around instable artists, seen in recent Japanese titles like Miyoko and Kitano’s Achilles and the Tortoise. The director Kichitaro Negishi, an ex-Roman Porno filmmaker, dresses his sets well but fails to offer anything other than a straight adaptation. The film with the highest budget and strongest studio backing within the programme, the reasons the film hasn’t travelled are because of its lack of originality and outdated emotional core. 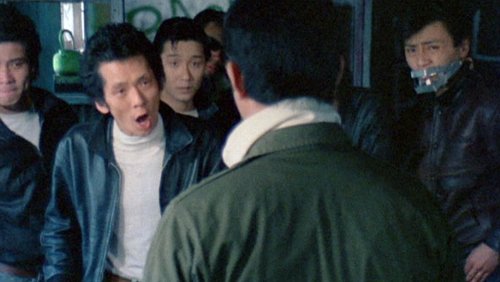 Crazy Thunder Road (1980), directed by Sogo Ishii, is the retrospective screening at this year’s Premiere Japan, and a courageous choice it was. The burst of energy that radiated beyond the screen was delightfully nihilistic and the film conveyed an uncompromising view of Japan that was a welcome surprise from a high-profile embassy-related event. The film circulates around the conflicts that ensue between motorcycle gangs, bosozoku, who speed-rage around the streets of Thunder Road. We are introduced to a range of strange personalities, including a biker with a metal plate stuck onto his head, a child drug-dealer and abuser, ultra-rightist macho-men and a homeless bomb-maker, certainly characters of Japanese society that are usually hidden beneath its surface, if they even exist. The story begins with an inter-personal conflict within the Maboroshi gang that splits the group, a splinter that escalates into chaotic realms that are near-impossible to comprehend with logic. Scene changes and narrative shifts are rarely sign-posted and we are thrown into the turmoil without explanation though it is doubtful that either the characters or the director were any better orientated. The editing and camera movement is suitably erratic, taking us along the ride where at times all we can see is streams of beaming headlights and all we can hear is screams of rage and anger. Sogo Ishii, at the time a punk musician in his early twenties, put together a soundtrack that ranges from noise intonations to raging biker-punk. Crazy Thunder Road was an inspired extraction from Japanese film history. 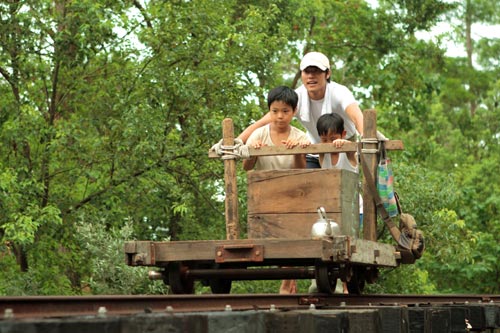 What followed was a much quieter and restrained affair, a debut feature-film Rail Truck by Hirofumi Kawaguchi about how a broken family deals with their father’s death. Yumiko, with her two young sons Atushi and Toki, visit her husband’s hometown in a small village in Taiwan to deliver his ashes. The relatives meet the family for the first time and get in touch through their melancholy of their mutual loss. Unlike Villon’s Wife, the film is an inspired adaptation of a short story by Ryunosuke Akutagawa as it relocates its setting from a remote village in the Izu peninsula of Japan to one in southern Taiwan, allowing a range of socio-political contexts to stream into its narrative. The director has described the decision as a necessity due to the absence of suitably baron land in Japan, yet the transnational production team and the multi-lingual cast suggest that he had more in mind. The dialogue between the family, seamlessly switching from Japanese to Taiwanese, is intricately textured and speaks volumes about the development of their relationship; the bilingual cast allow shifts in their kinship to reveal themself through the language they use to communicate. The multi-national cast and crew, and the film’s clever ability to use this to its advantage, is a welcome inclusion to the emergent wave of transnational productions after such incapable failures like Tea Fight (2008). As Jacoby noted in his introduction, the film style recalls the patient approach of Hou Hsiao-hsien, an homage to Taiwanese cinema, unafraid to let shots linger in dialogue scenes after the conversations have come to a pause. Though occasionally overbearing with its amplified violin score and overly explanatory dialogue, Rail Truck was a true treasure. 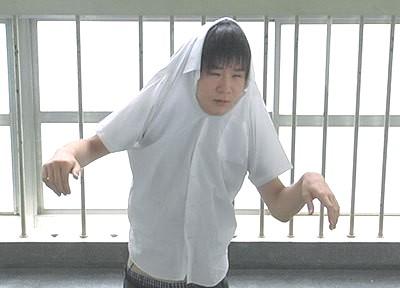 Good Morning to the World!!, is writer-director Satoru Hirohara’s feature-length debut made at the very young age of 23. The recipient of Dragons & Tigers Award for Young Cinema at the Vancouver International Film Festival 2010 and winner of the Special Jury Prize at the PIA Film Festival 2010, Hirohara’s debut already indicates a natural talent in story construction and shot composition, heralding him as the shining light of hope in Japanese cinema despite his young age and student status. The film is centred around the adolescent life of Yuta Takahashi, whose father has left and his mother is hardly around as she is always away on business. Forced to reach adulthood without necessary assistance, Yuta entertains himself to escape his everyday monotony that is captured with Hirohara’s non-judgemental and observant camera. The quotidian boredom is highlighted with the repetition of camera positioning and repeated narrative moments where Yuta records his monologue into a voice recorder and only silence responds. A story emerges when Yuta steals a bag from a homeless man and finds two addresses that he decides to locate, triggering a journey away from his lonesome flat out onto a road leading to moments of self-discovery and rites of passage. As Rayns mentioned in his introduction, despite the low budget and indie standing, the film is tightly constructed and carefully interlinks moments that are seemingly innocuous, accompanied with calculated editing and scene display. Hirohara’s ability to flesh out characters and sensuously weave narrative moments without relying on dialogue is truly remarkable; Satoru Hirohara has proved he’s worth keeping an eye on. 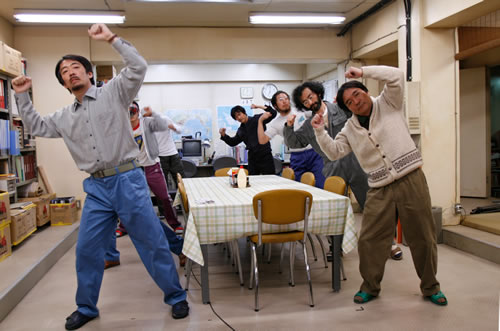 The closing film of Premiere Japan 2010 was The Chef of South Polar, a warm comedy about the lives of eight men who find themselves in Dome Fuji Station, a research outpost located in the South Pole where it is -54 °C. Contemporary Japanese cinema has offered many off-beat comedies centred around food; most famously Tampopo, a ramen-shop Western, and Kamome Diner about a small Japanese restaurant in Sweden. The enclosed setting of dining tables and food’s natural ability to conjure physical comedy wets the appetite for Japanese filmmakers and audiences alike. Obsessed with food and keenly aware of the daily ritual as a realm for human communication, Japanese food comedies offer something relatable for both its local and foreign audiences; after all, everyone loves to eat. What sets The Chef of South Polar apart from its genre-neighbours is perhaps its completely alien location, where its inhabitants wrestle with their loneliness and strenuous labour amidst the uncompromising temperatures and desolate landscape. Food consumption provides them with a break from such hardships and a space for relaxation that our hero chef Jun Nishimura tries his hardest to make its best. And how he succeeds – the crew are provided with huge steak, crabs and lobsters, ramen and onigiri that make us jealous we’re not there with them despite the freezing fog that engulfs all. Out of the human sensual preceptors, taste and smell would seem the likely candidates for the most difficult to convey in cinema, yet director Shûichi Okita seemingly finds no trouble in communicating the culinary delights to his audience. The audience at BAFTA were mouth-watered, gasping at the screen and laughing along with the characters, ending the screening with a round of applause as the credits rolled.

Premiere Japan was a great opportunity to catch up on recent Japanese titles that had, for one reason or another, been ignored by U.K. distributors and screens. The range that Rayns and Jacoby managed to cover was quite admirable and I look forward to their offering next year.