In The Land Of The Free DVD

Vadim Jean’s documentary opens with one of the film’s subjects talking over a telephone line in an interview from prison, before the call is interrupted by the automatic operator voice informing us that there’s only 15 seconds left before the line goes dead. Seconds later the calls abruptly ends. It’s a neat trick illustrating the control that the state has over its prisoner and, by extension, the ability for this case of injustice to be heard by the outside world.

Between them Herman Wallace, Albert Woodfox and Robert King (also known as the Angola Three) have spent nearly a century in solitary confinement in connection with the 1972 murder of prison guard Brent Miller in Angola Prison, Louisiana. We say ‘in connection’ as these were flimsy convictions based on the testimonies of unreliable witnesses, a view shared by the victim’s widow. All three were Black Panthers and according to their supporters this is far from a co-incidence, race is explained as the reason behind the injustice. This is brilliantly explored by tracing the history of the prison (it was built on and named after a slave plantation), covering the legal aspects of the case and showing present day interviews with people from both sides. The film does sometimes seem unsure whether it wants to condemn the convictions on legal or political grounds or the punishment on moral grounds, although this is perhaps unavoidable when there are so many reasons to find the situation that these men are in so objectionable. 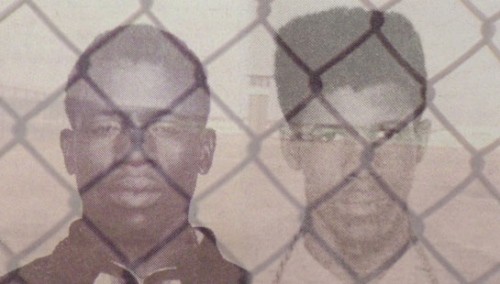 The most overwhelming point of the documentary is not made through interviews with lawyers, articulate and admirable though they are, neither is it made by Samuel L Jackson’s narration which is calm and used impressively sparingly; it is the personal outlooks of the people involved that offer the greatest insight. The film obviously has a position, but it also gives voice to the case against the men, weak though it is. Aside from one section where their defence lawyer is disassembling points made by the previous person on screen, those making the case against are left unchallenged. Those defending the decision to keep the Angola Three in jail are really defending the status quo – the witness must have been credible because he was believed at the time and they fail to engage the documentary-makers on anything other than that one point, albeit a point made in different ways by different people. Conversely you have Robert King, freed in 2001, explaining the events with an enormous amount of grace. King is the real hero of the situation, compromising his own principles in order to be useful to the remaining two men. This is a film about how powerful the notion of brotherhood can be, whether it’s the Black Panther movement giving African Americans pride or whether it is instilling hope in those who by rights should have lost all sight of it.

Presented with such material, it would have been easy for Jean to sentimentalise the subjects and emotionally manipulate the viewer, but the documentary reflects the dignity of the three men, only drawing some tears from us when, in the final scene, one of the men explains what he will do upon his release. Jean does justice to a situation which sorely needs it.

In the Land of the Free is released on DVD in the UK on the 28th March.