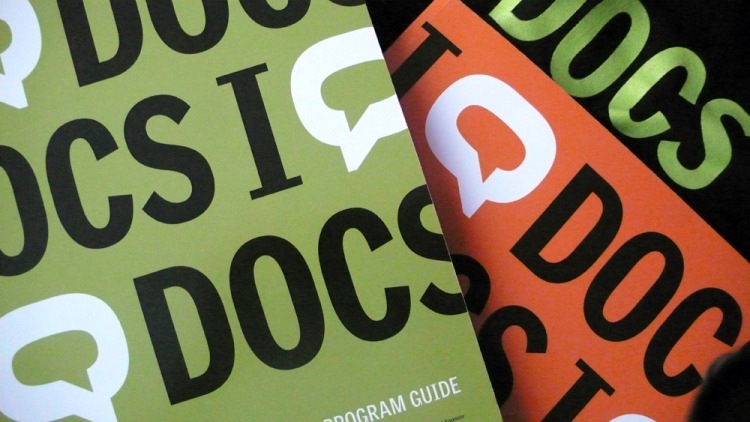 This year my film PS Your Mystery Sender has been selected for the Hot Docs Film Festival in Toronto. Fortunately, they also invited me here to support it. As I write this my first screening is a few hours away; 9 pm at the Tiff Bell Lightbox theatre, which is a really lovely venue in the middle of Toronto. It’ll support a film from Philadelphian director Jon Foy, called Resurrection Dead: The Mystery of the Toynbee Tiles, which from the write up seems like a very good match. PS YMS Screens three times in total and I’ll be here till Friday to support it. I’ll be catching as many films and forum events as I can, in between meetings and perhaps the odd social event. 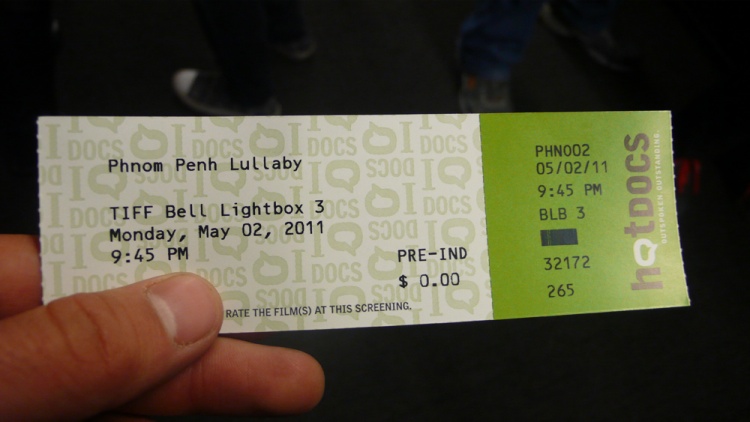 I arrived late yesterday (2nd May) and the festival was already in full flow so I had a little catching up to do. I managed to sort out my pass just before the office closed and go grab some Sushi before I went to see the last screening of the day at the TFLB theatre, Phnom Penh Lullaby, directed by Pawel Kloc. It’s a film about an Israeli man living in Cambodia with his Khmer girlfriend and their two daughters. It’s a powerful story about some of the fundamentals of life, love and the battle for survival on very little money in a world rife with drink, prostitution, and underage sex. He’s a tarot card reader and earns a little money by telling fortunes, but it’s not enough and his girlfriend has many children from different fathers, she’s also an alcoholic and very volatile.

Kloc talked after the film and we also had a discussion outside the cinema. He spoke of the boundaries between fiction and documentary – Phnom Penh Lullaby feels very much like ‘feature film’, with the drama very considered in terms of the edit. Kloc also revealed that he intervened on occasion, making sure he had what he needed to tell the story in a very unsettling and dangerous environment. He included scenes that provide the audience with a solid understanding of what’s happening around them and used camera movement to emphasis the protagonists’ feelings. The film’s musical score was also impressive.

What a fantastic film to start off with and a very nice director who was humble and gracious. Not sure if many will live up to this one!