Whilst the majority of the world’s press was focused on the wins by Argo (‘Best Picture’), Ang Lee (‘Best Director’), Jennifer Lawrence (‘Best Actress in a Leading Role’) and Daniel Day-Lewis (‘Best Actor in a Leading Role’) at the 2013 Oscar ceremony – many would have overlooked the battle raging for the much coveted ‘Best Animated Short’ award. Having already evoked a great deal of discussion and debate from those with an insight into this division of filmmaking, the accolade was eventually scooped by the Disney produced Paperman, directed by John Kahrs. Whilst the film is clearly a stunning piece of animation, there is still much discussion on whether it was the ‘Best animated Short’ of 2012:

Those who’ve had the pleasure of viewing the majority of the animated films on not only the shortlist, but also the initial 2013 longlist would have maybe been a little shocked by the omissions from the official shortlist announcement: With this in mind and wanting to provide an alternative view on the category, I reached out to a handful of people with an insight into the films that made the shortlist and those that didn’t by asking them to answer the following question:

If you could pick one animation officially nominated or not from the last year (or so) to win the ‘Animated Short’ Oscar which film would it be and why? Curator of Vimeo channel – Everything Animated

“Most us know that the academy has a certain rulebook in regards to nominees and winners. But when it comes to short animated film, I think this attitude is limiting the opportunities of exploration. One of the major issues in animation right now is the fact that people still see it as a genre. And the academy is not helping at all with limiting the nominees to just ‘fun’ films. Although this year, they do have films like Adam and Dog as well as Head over Heels which are somewhat independent and more experimental in regards to storytelling.

To me though, there were really amazing short films this year such as The Eagleman Stag and I’m Fine Thanks which could’ve easily been nominated. They were great examples of using the flexibility of the medium and still telling strong, relatable stories. Here’s hoping to more and more independent animators being in this category rather than big studios taking away the prize year after year.”

Filmmaker & Co-Founder of Short of the Week.

“I’d have to say the best animated short from the past year is most definitely our SOTW Awards winner The Eagleman Stag. I haven’t seen all the festival shorts from last year so there may be a few gems I haven’t been exposed to, but TES stood head and shoulders above everything else I’d seen. The film had an unusually high consensus among the SOTW judges with all but 2 picking it as their #1 film of the year. We speak about why it’s so great in our review as well as the Award Winners post, but to sum it up, it’s an epic story about humanity painstakingly brought to life with a beautiful, inventive new aesthetic.

TES is the best animated film. Should TES have been nominated for an Oscar? That depends on whether or not you believe the Oscars truly represent the best filmmaking. I used to think so, but I think they’ve strayed from that over the past 20 years. Everyone knows there are genres like period dramas that do much better than others like comedies or thrillers. It’s come to a point where we play “guess the winner” games and can do respectably well whether or not we’ve actually seen the films. Short films have always been about surprise and innovative new ideas. The Oscars just don’t represent that any more.”

“We’d choose The Eagleman Stag, for it’s unique look and intelligent script. A lot more layered and ambitious than most of the qualifying films.”

“The moment I saw Paperman, I was sure it was going to win the Oscar. This kind of very light love story is not completely my taste , but it’s very good storytelling and I think it appeals to Oscar members who come from that mainstream tradition. I also liked Fresh Guacomole, I didn’t see the other films.

Of course I made Junkyard because that is the kind of film I like to see personally, and I put all my efforts in it to make it as good as possible, so I would have liked it to be nominated, but I realise now when I see the list of nominations, that it is probably too dark for that kind of audience.

There were a number of films that I loved this year, some of them won major awards at festivals. If one of them would have deserved an Oscar is really a hard question. Although the Oscars happen to get the most attention and are regarded as the highest kind of rewards by the media, they are just certain categories of awards, being choosen by Academy members that mainly come from an American mainstream tradition. So it means a lot to be nominated because of the attention a film gets, and because academy members are a respected group of filmmakers, but it doesn’t say everything about all the qualities that animated films have worldwide.” “I would pick Mike Please’s The Eagleman Stag. It’s visually arresting. The themes are deeply personal yet universal. It’s brilliantly written and resonates long after the credits roll.” 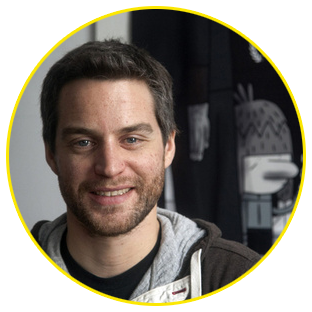 “It is very difficult to answer this question, because for the first time in my life, I had the opportunity to meet two of the finalists: Timothy Reckart & David Silverman – two very nice people. I met Tim at Hiroshima Animation Festival and David during my trip to the Oscars last year (I was very impressed because I am a fan of The Simpsons). My path has briefly crossed those of PES and Minkyu Lee, but we didn’t have the opportunity to talk.

For the Oscars, all the awards accumulated over the festival circuit mean nothing. Many eligible films that I enjoyed did not made the short list and each year, the results feed discussions on animation forums. Personally, I prefer independent and original films, made with modest resources. This is why I was disappointed that The Eagleman Stag by Mikey Please was not among the finalists (although it made the short list). But I also have a soft spot for films that are not considered as favorites (I was in this situation last year) … For this reason, I wish that Head over Heels wins.”

“I dont know about which film should have won the award, I actually thought it was a pretty fine bunch that were nominated. If I could pick two films that I thought really interested me and stimulated me this year they were Stay Home by Caleb Wood and Ballpit by kvmowat.” 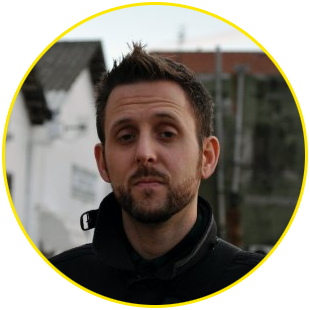 Personally, I was a little surprised (I’m trying to avoid using the world disappointed) by the final shortlist – not that those who made the final cut weren’t worthy, but some of the films which were omitted were truly exceptional. Writing for DN and Short of the Week, I’ve been lucky enough to experience some of the most outstanding animated shorts in the last 12 months and in particular my TheyAreAnimators series has seen me connect with some incredible talent in this field.

Hisko Hulsing’s Junkyard showcased a painterly beauty that is a rare thing to find in animation, short or feature length. Emma De Swaef and Marc Roels’ wooly animation Oh Willy, was truly innovative in both style and story and the result is one of the most distinctive, breathtaking animations you’re likely to have ever seen. And like everyone above, I’m also amazed that The Eagleman Stag didn’t ultimately make the cut, as it’s one of the most progressive and challenging animations ever to grace the short film circuit.