Exploring the 1374 layers of Jeremy Cole’s ‘Under The Knife’ 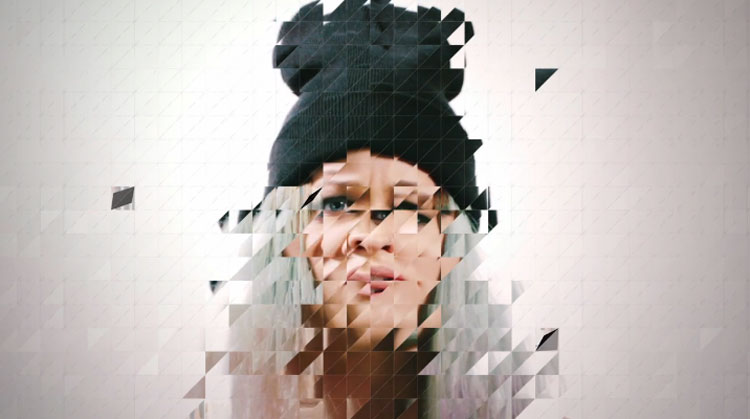 Having just screened as part of Channel 4’s Random Acts series here in the UK, Under The Knife by director/editor Jeremy Cole proves that the series really does live up to its label of screening bold and creative shorts. Consisting of one shot of UK singer Etta Bond split into 1374 different layers, Cole’s kaleidoscopic imagery perfectly compliments the performer’s hazy ballad, creating one of the most hypnotic shorts you’re ever likely to come across. Makes me wish I had 1374 eyes!

Cole’s short works on two different levels – on the one hand it’s a film you look at and think what a simple idea, yet if you know anything about post-production you’ll instantly wonder how the hell he achieved his look. We spoke to the filmmaker about the development of his initial pitch:

“Etta Bond had this incredible hook on a track from Labrinth’s EP which we’d heard. Myself and the exec of Lemonade Money (James Payne) met with Etta to chat about expanding on the idea and perhaps writing a spoken word piece that discussed the subject of insecurity and the image-obsessed world that we live in.

I thought it’d be cool and somewhat relevant to design a simple visual style that would distort the performance from the eye, so we could spend more time listening. A couple of weeks later, Etta sent us a rough recording of this track and I was blown away. When it came round to shooting, Etta nailed it in one take on the first pass and floored us again.”

Cole openly admits that he pitched his idea without really knowing how he’d ultimately achieve the complex multi-layered look:

“With a very basic idea of how the edit could be achieved, I opened up After Effects and stupidly guesstimated that breaking up the screen into squares of 50x50pixels, cutting each of those in to two and animating them to revolve and reposition would be manageable. It took a bit of playing around and asking myself “why the **** did I suggest this?”, but 1374 3D layers later and millions of keyframes, it came together.

To make it look like I know what I’m doing, I sped up the screen record (about 30 hours) into 3 minutes.”