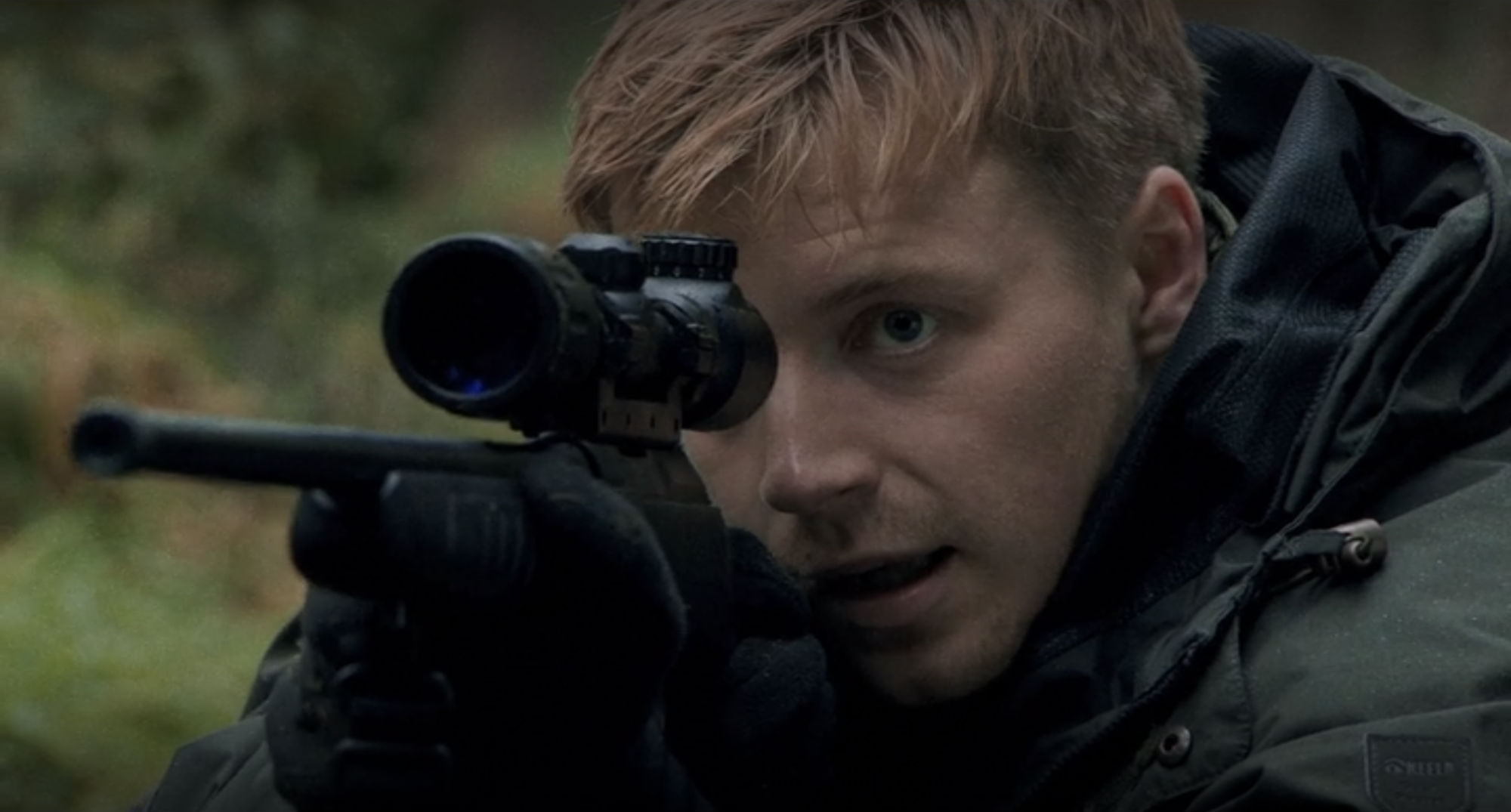 The Edinburgh International Film Festival has been referred to by many, including myself, as one of the friendliest festivals on the circuit – and this year the atmosphere seemed even more relaxed than usual. Perhaps it was the weather, which was sunny and warm throughout, or perhaps it was the films, which (based on the 24 features I managed to see) were as consistently strong as the sun’s hot rays. During the nightly drinks receptions and parties, the biggest buzz was for a film I didn’t get to see – Matt Palmer’s debut feature, Calibre, a home-grown thriller described as a Scottish take on Deliverance, which went on to win the festival’s coveted Michael Powell Award for Best British Film. The film’s appearance at Edinburgh coincides with its worldwide release on Netflix, so I look forward to catching up on what I missed.

The festival itself began with the unassuming Puzzle, which stars Kelly MacDonald as a housewife who slowly awakens from the stifling monotony of her daily life after discovering a natural talent for jigsaw puzzles. Responding to an advert, she partners with Irfan Khan’s puzzle champion to enter a national tournament, despite the protests of her husband. If the idea of a wealthy, exotic and enticing Indian strikes one as a little clichéd, MacDonald’s performance imbues the film with a convincing complexity and lends it a robust emotional resonance. Hugely endearing, the film bristles with sentimentality but manages to stay on the right side of schmaltz.

Paweł Pawlikowski’s Cold War, however, offered a more restrained approach to its material. A late addition to the festival, Cold War continues the aesthetic line began by Pawlikowski in his previous film, Ida – notably the use of black and white, Academy ratio images. Encompassing a fifteen year timespan and a transnational setting, the film charts an epic, turbulent romance said to be inspired by that of Pawlikowski’s parents. Set against the political backdrop of the post-war era, the film keeps its concerns personal, building a genuinely moving portrait of its protagonists (who are played to perfection by Tomasz Kot and Joanna Kulig). Subtle and elliptical in its storytelling, the film is, quite simply, immaculate in every sense.

Another work which combined the intimate and the epic was Bo Hu’s 234 minute An Elephant Sitting Still. Sticking close to its characters in striking, sustained close-ups, the film presents a tapestry of interconnecting lives in Northern China: Bu Wei (Peng Yuchang) is a teenager struggling to defend himself against the school bully; his classmate Ling Huang (Wang Yuwen) is involved in an affair with the school’s married vice-principal; the bully’s brother, Cheng Yu (Zhang Yu), is coping with his best friend’s suicide; Jin Wang (Liu Congxi) is a retired grandfather upset by his son’s suggestion that it may be time for him to go into a care home. The narrative unfolds over a single day, and Hu takes the unusual step of staging scenes in depth while keeping the camera’s focus confined to the characters themselves, meaning that action often happens out of focus (or, on many occasions, just out of frame).

The film features some of the best trudging this side of Béla Tarr, and Tarr’s work is clearly a touchstone – several passages seem to directly invoke Werckmeister Harmonies, while Hu’s use of folding and unfolding time can’t help but recall Sátántangó. In fact, Tarr supervised the completion of Hu’s 2017 short film Man in the Well, so the influence would seem to be genuine. Throughout the film, Hu’s muted pallet presents a world drained of colour, and there’s undeniably a deep seated pessimism to the proceedings: this is a land populated by characters beaten down by life, full of frustration and pent up aggression.

With themes such as this, the film is given an extra level of poignancy by the fact that Hu committed suicide shortly after its completion. If, at times, the action feels a little contrived on the narrative level, the film’s careful construction implies something ‘higher’ is at play, meaning that such contrivances become a natural part of its overall schema.

Something larger was also at play in The Apparition (which makes its way to UK cinemas on August 3rd), in which a war reporter (Vincent Lindon) is hired by the Vatican to join a canonical investigation into a teenage girl’s supposed vision of the Virgin Mary. Playing as a taught, naturalistic thriller, it’s an accessible, gripping and unpretentious exploration into weighty notions of truth and faith.

Over in the documentary strand, there were a number of films that gave engaging glimpses into underexplored territories: Piripkura outlined the need to protect the land inhabited by the last two members of the eponymous Amazonian tribe; Pushkar Myths presented a graceful meditation on the Pushka Mela (an annual fair held in Pushkar, India); Nocturno: Ghosts of the Sea in Port began with a powerful, wordless paean to the power of the sea, before turning into a poetic study of sailors on board a docked shipping vessel.

Beautiful Things, meanwhile, traced four stages in the cycle of the consumption of objects and, in doing so, presented portraits of four isolated men working in solitary conditions: Van, who maintains a desert oilfield; Danilo, the chief engineer of a freighter; Andrea, who studies the sounds of objects in an anechoic chamber; and Vito, who is in charge of a waste plant that turns rubbish into energy. We hear their stories as aural testimonies, but co-directors Giorgio Ferrero and Federico Biasin give so much weight to the visuals that their film more than earns its title. The film also pulsates with rhythm throughout, combining music and montage in breath-taking fashion. It comes as no surprise to learn that Ferrero has a background as a composer.

Music also played a strong role in the most transportive fiction film I saw: the heavily orchestrated Hochelaga, Land of Souls. When a sinkhole opens up in Montreal’s Molson Stadium after a particularly dramatic thunderstorm, a team of archaeologists seize the opportunity to excavate the site. As they uncover objects linked to Quebecois history, the film transposes us to those moments in time: in all, the film presents stories in four eras: 1535, 1687, 1837 and 2011-2017. It’s an ostentatious, lush and flashy film which situates itself a long way from the subtlety of Cold War. It remains, however, a hauntingly enjoyable exploration into history and the relationship between native people and the foreign intruders who wish to seize their land.

A less baroque exploration of indigenous life was found in Waru. Comprised of eight short films by female Māori directors, it examines the death of a young Māori boy from a number of perspectives, including that of his family, his teachers and a Māori newscaster. Each of the shorts is captured in a single take which, along with the fact that all the films are shot by the same cinematographer (Drew Sturge), gives a cohesive look to the piece as a whole. Still, certain directors distinguish themselves through the use of animation (Ainsley Gardiner), black and white (Josephine Stewart-Te Whiu) or, in the film’s strongest section (by Renae Maihi), an incisive move away from the action to study a wall lined with images of long dead ancestors – here, as in Hochelaga, the weight of history is felt.

Lighter in tone was The Great Buddha+, the tale of a night-watchman Pickle (Cres Chuang) and a recycling collector Belly Bottom (Bamboo Chen). One night, when their television breaks down, they decide to watch the footage recorded by Pickle’s boss’ dash cam, only to discover the boss is hiding an unsavoury secret. Finding humour in sadness, the film’s use of reflexive comedy and light-hearted breaking of the forth wall prevent things from ever getting too serious, even when the story takes a dark turn – life may be a farce, but this is only a film.

Filmmaking humour was also to be found in Life After Flash, a documentary ostensibly focusing on the life of actor Sam J. Jones after he played the titular role in Flash Gordon, but which also presents a detailed look at the making of Flash Gordon itself. Viewers who, like me, have an eternal, child-like love of Flash Gordon will find much to enjoy here, but the film’s scope also stretches further: in trailing the ups and downs of Jones’ career, Life After Flash builds a surprisingly heartfelt – and heart-warming – portrait of a man who has had to humble himself in order to provide for his family. 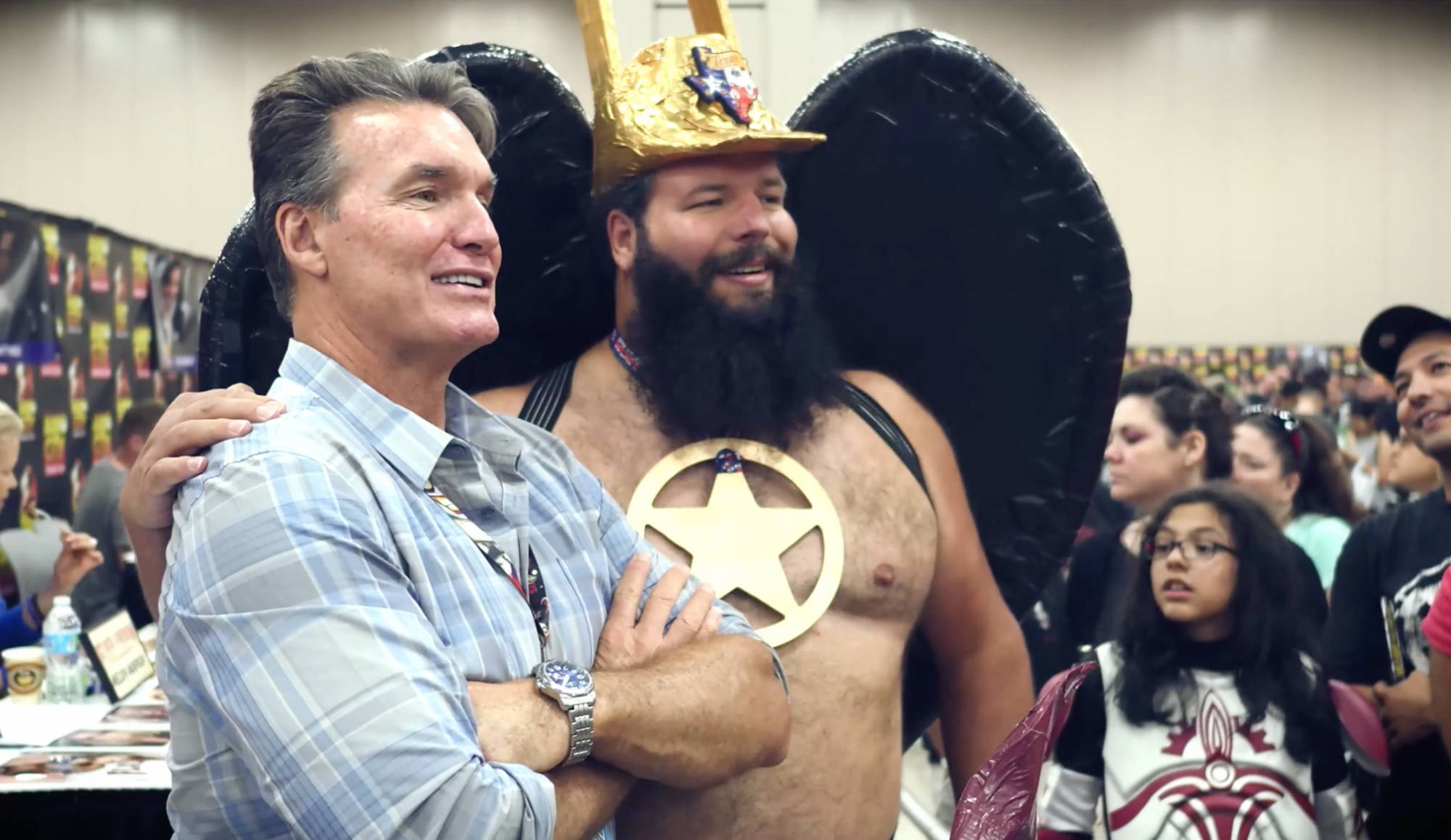 In a very different way, filmmaking also lay at the heart of Bogdan Theodor Olteanu’s debut feature Several Conversations about a Very Tall Girl – a charming, low key tale of a burgeoning friendship (or, more accurately, courtship) between two unnamed girls (played by Florentina Nastase and Silvana Mihai). At first, the girls connect on Facebook, before beginning to have regular Skype conversations where they discuss, amongst other things, the eponymous tall girl – a former lover to each of them.

The Skype calls are presented naturalistically as webcam-style footage. When the two girls finally meet offline, Nastase’s character shows Mihai’s a long extract from a documentary she is working on – and we see it too. An intimate, observational portrait of the relationship between two of her female friends, the documentary takes on a life of its own – a film within a film, a story within a story. And, much like Several Conversations about a Very Tall Girl itself, it’s compassionate, empathic, and beautifully observed. Clocking in at just over 70 minutes, Several Conversations about a Very Tall Girl has a grace and depth that belies its small surface, and it proved to be one of the highlights of a very strong programme.